‘Monday Night Football’: ATL stomps all over the G-Men

Two of the most disappointing teams this season square off in this week’s Monday Night Football feature, as the drama-filled New York Giants take a trip to “The A” to face the injury-plagued Atlanta Falcons.

No big surprise here at the result after running this Madden simulation. The Falcons’ offense looks to be too much for the Giants, as quarterback Matt Ryan torched their defense for nearly 400 yards passing and four touchdowns en route to a 41-16 win.

Falcon wide receiver Julio Jones came into the game without any touchdowns on the season, but Madden had him reaching the promised land not once but twice.

Wide receiver Odell Beckham Jr. was the only real bright spot for the Giants, connecting with Eli Manning for two touchdowns.

No real smoke💨 from Barkley on this evening, and Atlanta’s Tevin Coleman proved to be the better 💪🏿 back in this one, outrushing Barkley 96 yards to 39 🤷🏿‍♂️. 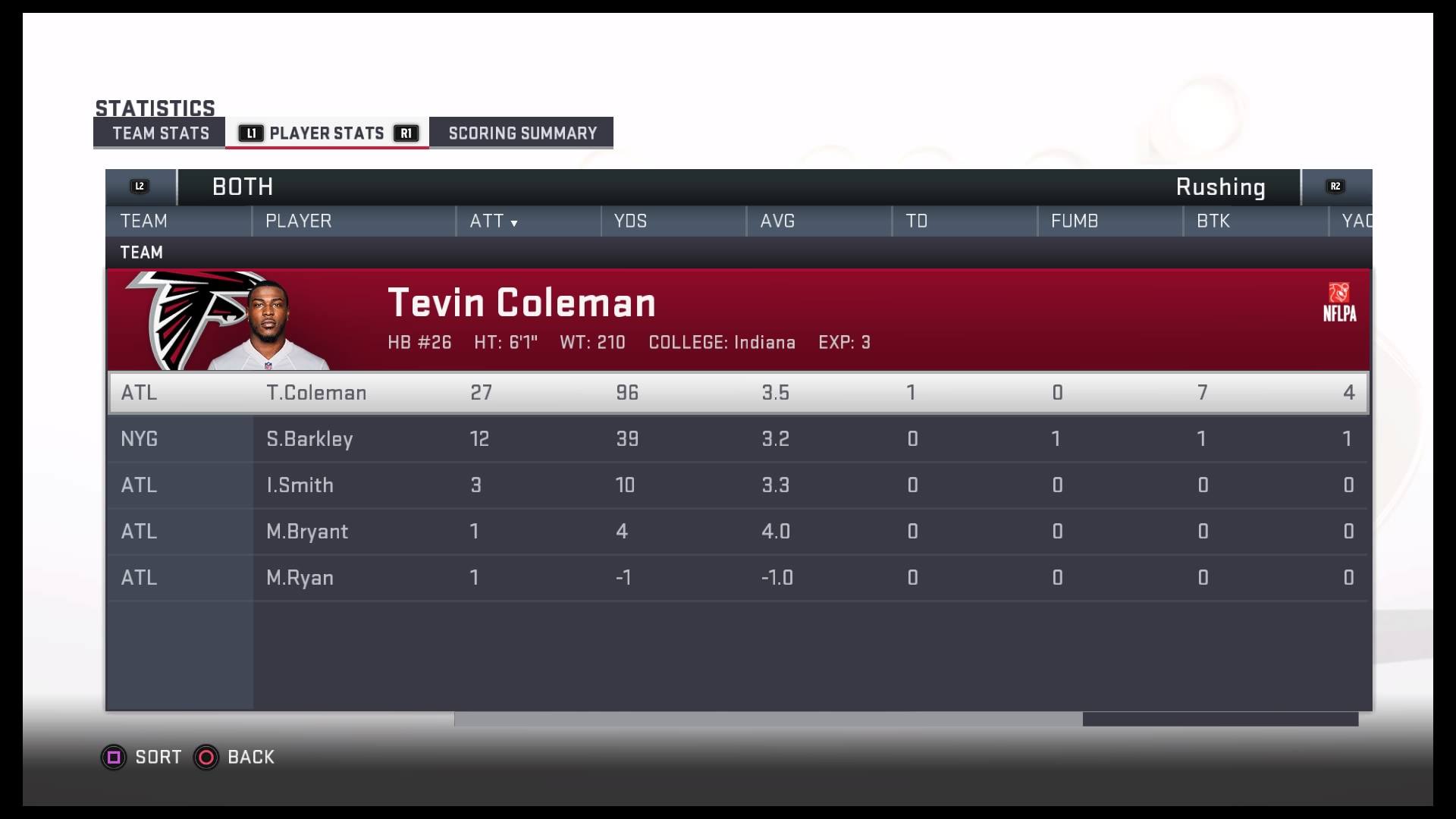 You can watch Monday Night Football at 8:15p ET on ESPN and the ESPN App.