The game before the game … Team LeBron crowned kings of L.A.

The 67th edition of the NBA All-Star Game is all about Team LeBron vs. Team Stephen. Under the new All-Star Game format, in which leading vote-getters LeBron James and Stephen Curry picked the teams regardless of conference, we get to see if the new style will be worth all of the fuss. As always, we turn to NBA LIVE 18 to see how things will go down at Staples Center in Los Angeles on Sunday (8 p.m. EST, TNT).

As drafted by #NBAAllStar team captains #LeBronJames and #StephenCurry….

#OTD in 1983, Marvin Gaye delivered this unforgettable performance of "The Star-Spangled Banner" to open the #NBAAllStar Game. pic.twitter.com/NxdebbPmAT

Coming into the game it appeared, at least from a statistical perspective, that James’ crew had the advantage. The numbers didn’t lie, as Team LeBron proved to be a force to be reckoned with, walking away with a 110-92 win.

James had 16 first-half points to pace all players, while Anthony Davis added 10 points, 6 rebounds and 3 dimes as he owned the paint and the boards.

Durant with the mean dunk on Joel Embiid. 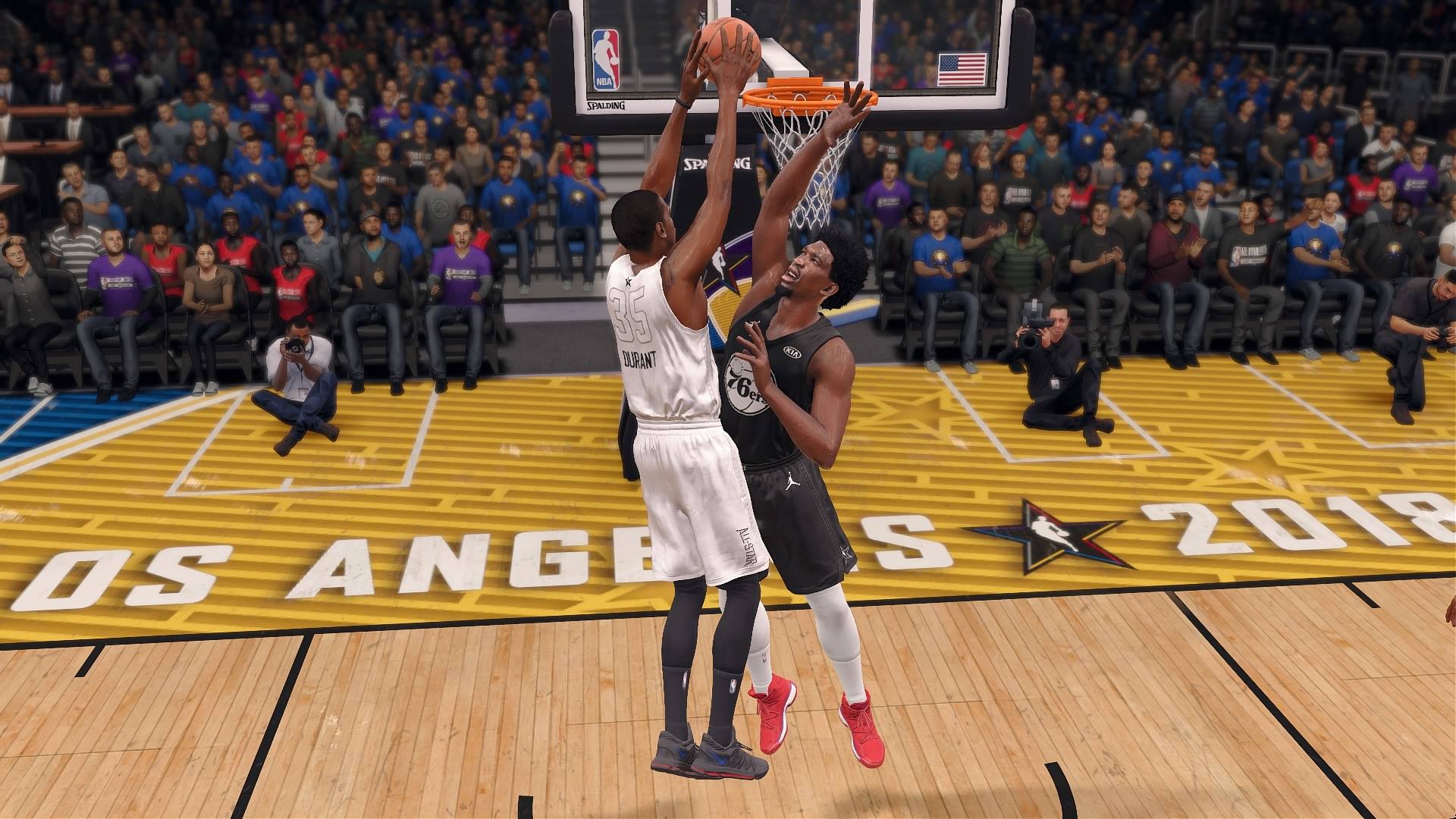 The arc was kind to Curry, as he drained six 3-pointers. 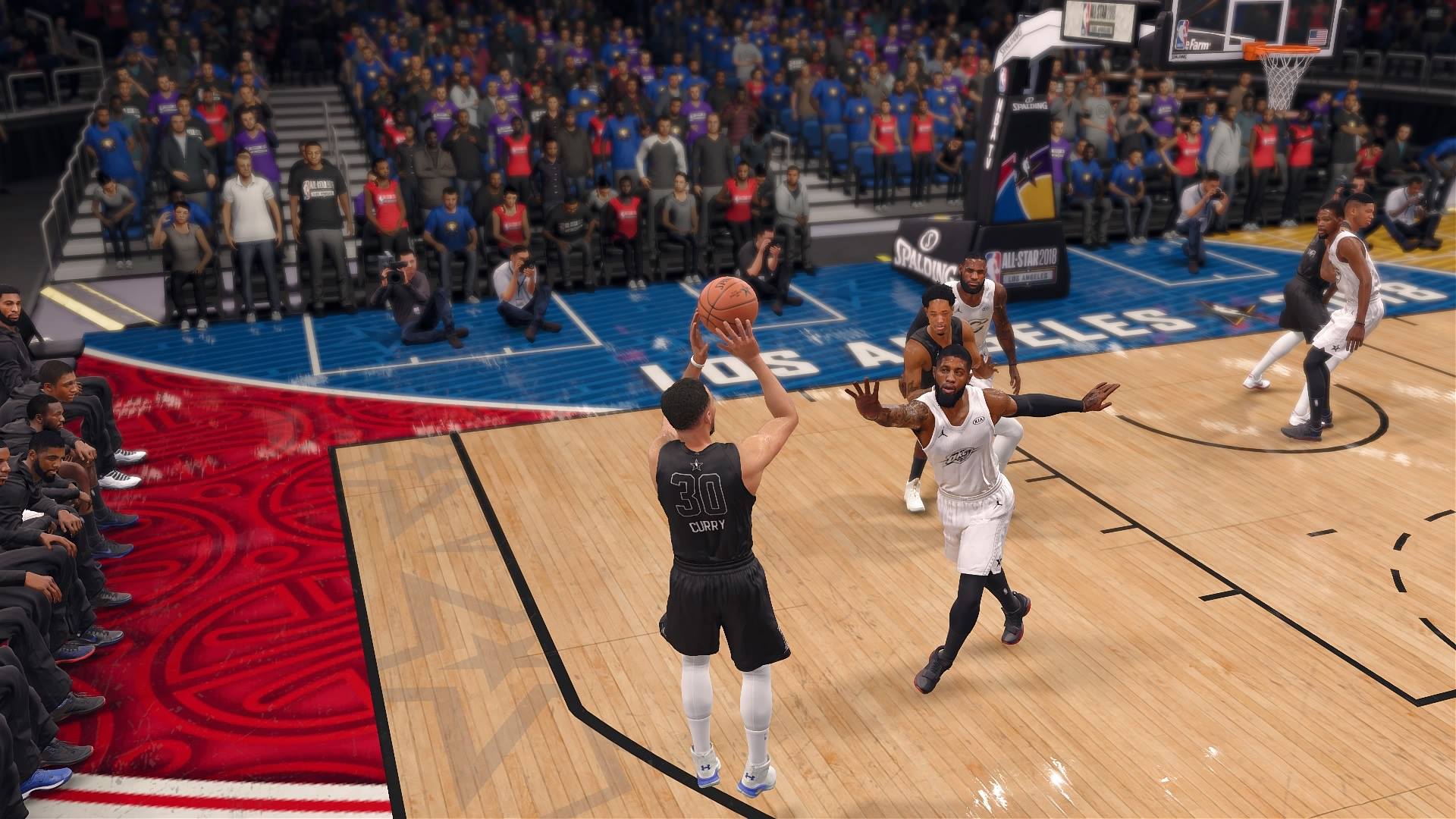 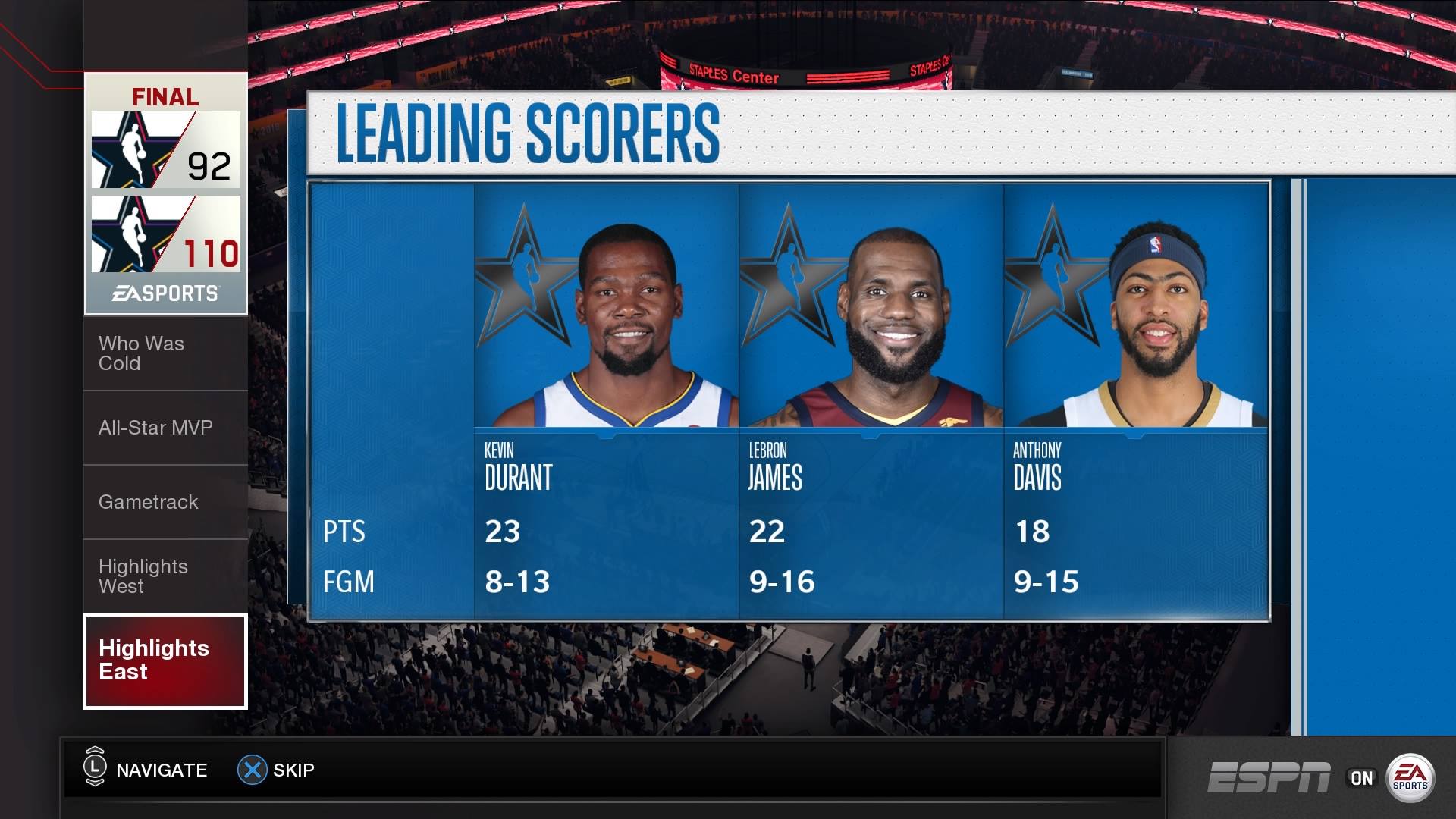 Davis was your MVP, finishing with 18 points, 10 boards and 4 assists. 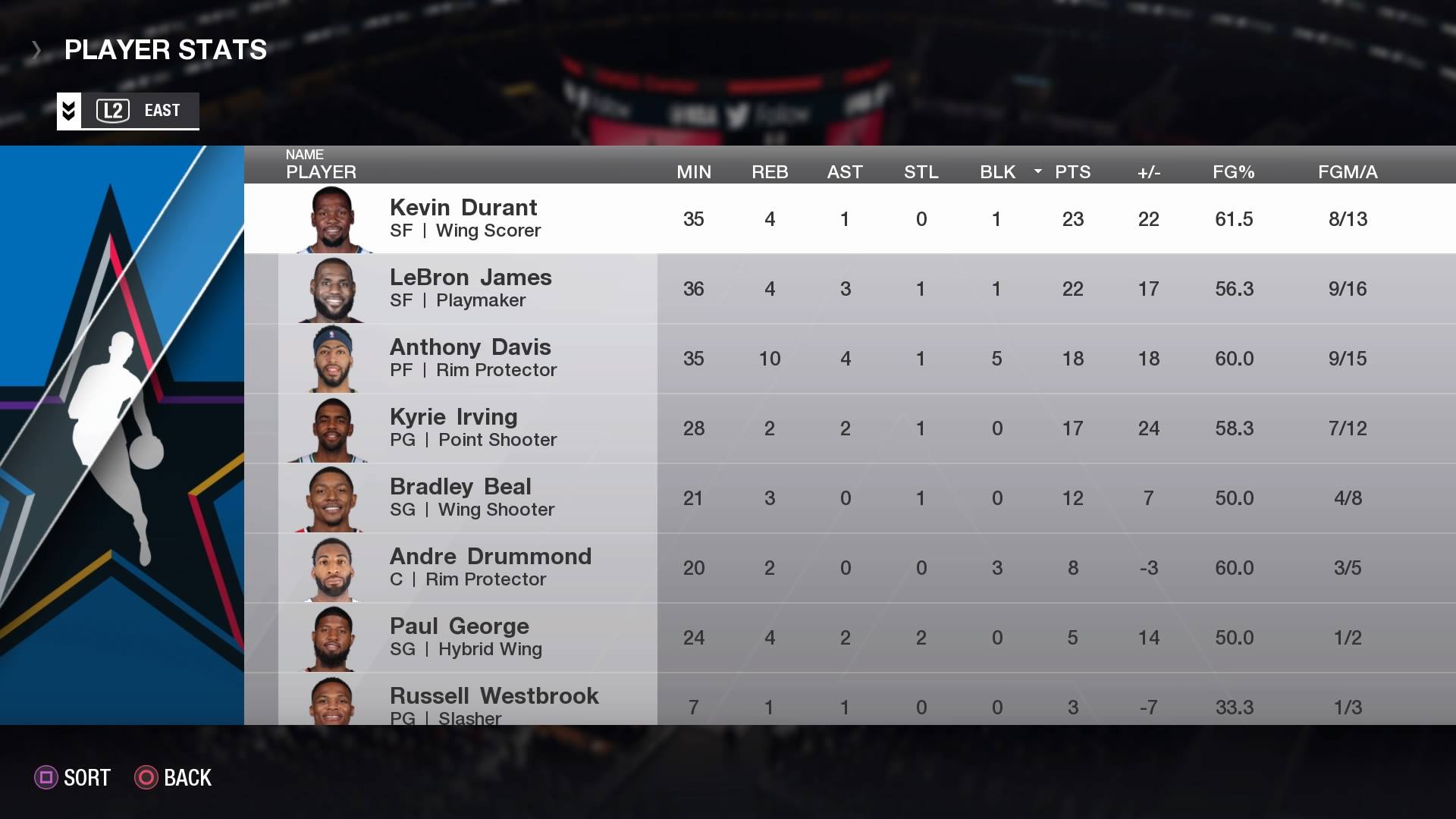 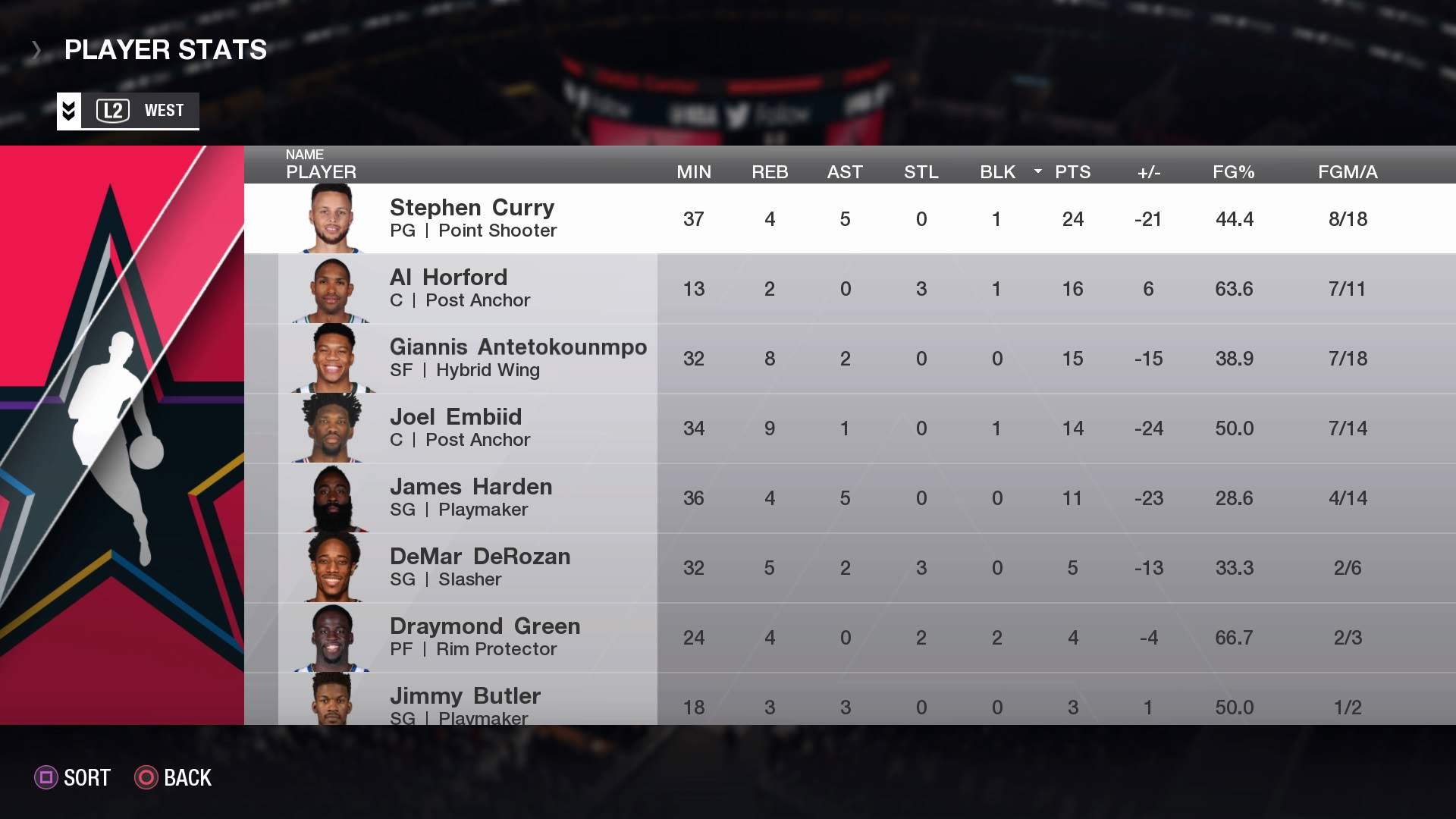