Jackson State quarterback Shedeur Sanders has no tolerance for mistakes these days.

The start of the 2022 season, expected to end with a championship for Jackson State, begins in less than three weeks.

While he’s not obsessed with last season’s 31-10 loss to South Carolina State in the Cricket Celebration Bowl — he’s watched the game a couple of times — he knows the mistakes JSU made in that game were preventable.

JSU committed three turnovers inside its own 30 and managed just 194 yards in total offense in the loss.

Sanders suffered through the worst performance of the season, passing for 175 yards with a touchdown and two interceptions.

Now, you know why he’s hard on his teammates.

“Everything is there. We just gotta finish on key things,” Sanders said recently. “We’re just one route, one block, one thing from doing what we need to do to be successful.

“We have to make guys prove themselves and show that they’re worthy of being with the first group and executing on every play.” 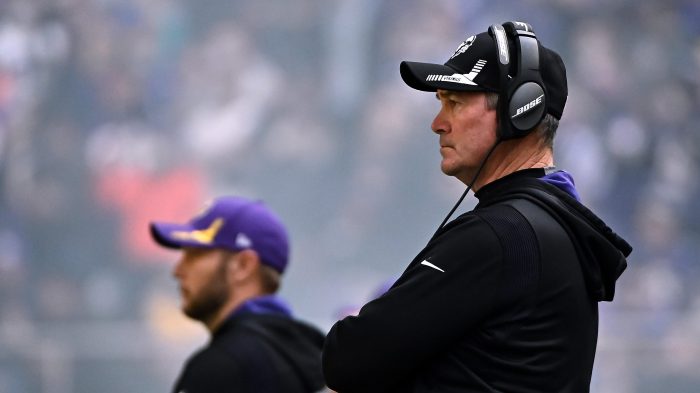 Sanders’ father, Jackson State coach Deion Sanders, might not curse, but Sanders does and he didn’t necessarily want the world to hear him do it.

“Daddy, you know how I am on the field. I go off,” Sanders told his father.

“Son, that’s going to endear you to coaches and everybody,” Sanders replied, “if they know how you actually get down.”

At a team scrimmage, Sanders stalked over to the sideline and asked for another “X” receiver after a player failed to adjust his route because of a blitz.

When the starting offense struggled to move against the second-team defense, he gathered the entire unit on the sideline and chastised them.

As JSU prepares for a championship-or-bust season, Sanders is holding himself and his teammates to the highest of standards because he knows JSU is getting every opponent’s best game.

“He’s showing growth, which you would expect,” Deion Sanders said.

“He ain’t always cussed folks out, but he’s always been a leader. Always.” 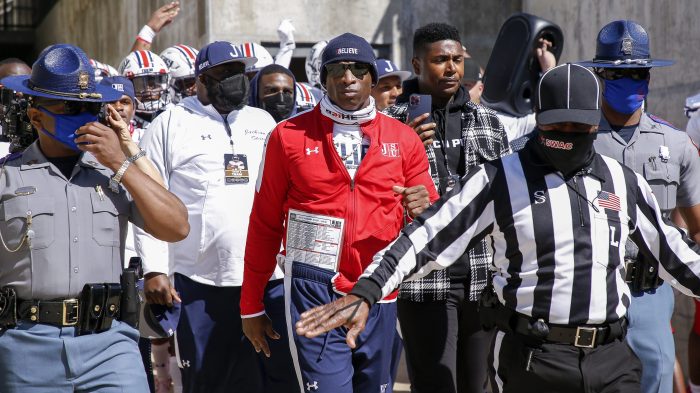 Jackson State may get the attention, but SWAC opponents aren’t backing downRead now

Sanders passed for more than 3,000 yards as a freshman with 30 touchdowns and six interceptions.

He won the 2021 Stats Perform Jerry Rice Award given to the national FCS Freshman of the Year, and JSU appears to have assembled a better receiving corps than last season.

The Tigers run an Air Raid offense that features four receivers most of the time, so he’ll have a chance to play.

But the competition is fierce among a group including Shane Hooks, a transfer from Ohio University; freshman Kevin Coleman Jr., a four-star recruit; and Quaydarius Davis, a former four-star recruit.

“He understands the expectations at Jackson State, what I expect from him and what HBCUs [historically Black colleges and universities] expect,” Deion Sanders said. “He’s the face of HBCU football.”

Shedeur Sanders came to JSU as the first four-star recruit to sign with an HBCU because he wanted to create a legacy.

This year is all about winning a championship. Nothing else matters.

“I feel this is a big year because Travis [Hunter] came, we have some good recruits, and this is the year to really stamp Jackson State,” Sanders said. “Last year was an eye-opener. This is the stamp.

“We got so used to winning last year we got bored with it. We’re not going to get bored with the process this year.”

It’s why he demands so much from his teammates.