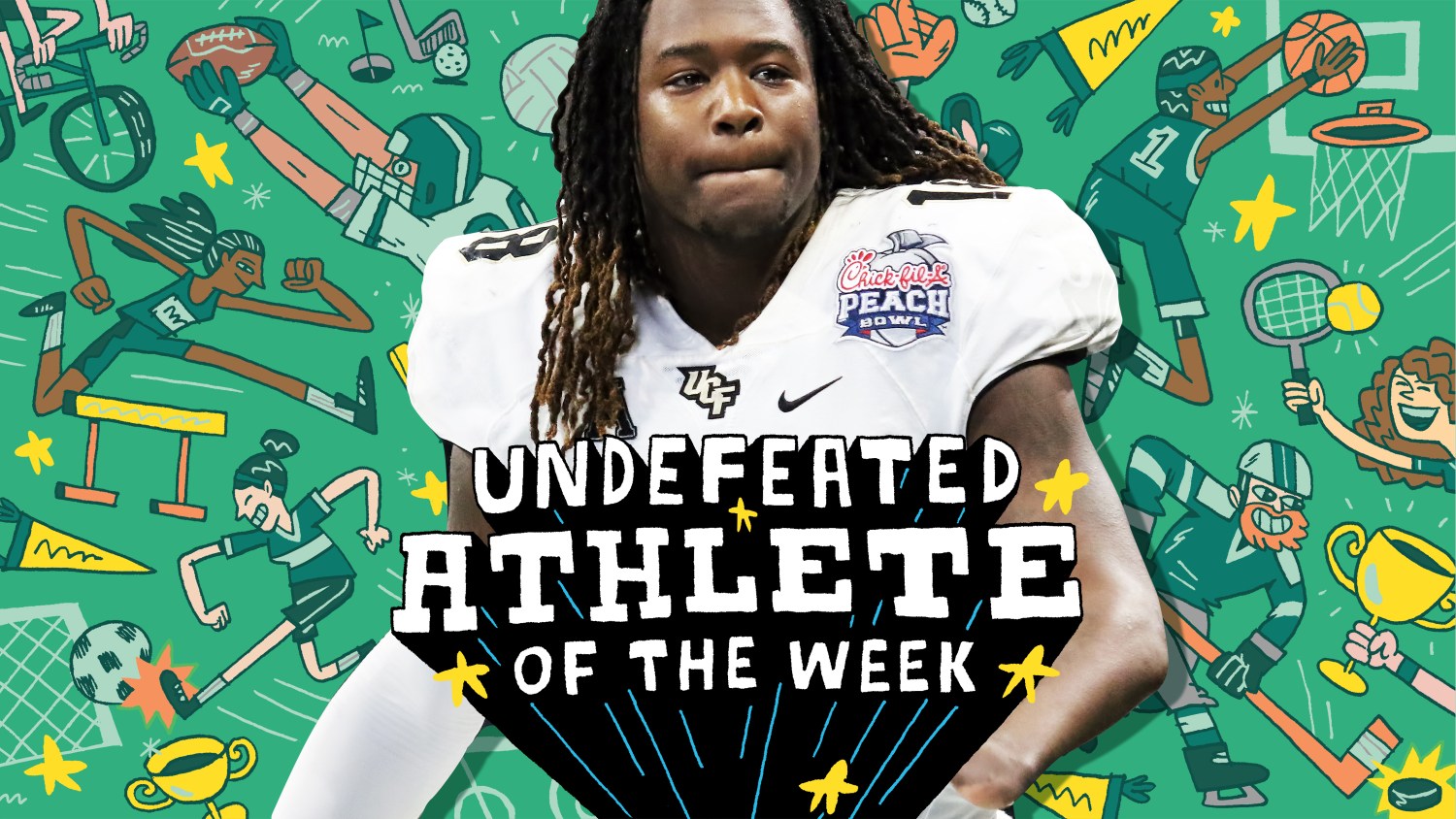 Shaquem Griffin: ‘You can’t set limits on what you can do’

Shaquem Griffin is out here living his absolute best life.

The internet needn’t remind the Central Florida linebacker that he’s a long shot, that he’ll have to defy and conquer never-before-seen odds to achieve his NFL dream, or that some people see him as limited.

“I’m not going to get into an explanation of the condition I was born with that prevented the fingers of my left hand from fully developing,” Griffin wrote in his letter to NFL general managers on The Players’ Tribune. “Or talk about the time when I was four years old and I tried to cut my own fingers off with a kitchen knife because I was in constant pain. Or about when I got my left hand amputated shortly after. That’s stuff you probably already know about anyway — and if you don’t, you can Google it. The story is out there. And it’s not some sob story or anything like that. It’s not even a sad story — at least not to me.”

Griffin hardly wants the same old narrative to be the story people continually tell about him. He’s about adding to his story — and what a story it is — about a boy from St. Petersburg, Florida, who has had challenges, unlike most of us, to achieve.

When Griffin came to the NFL scouting combine in Indianapolis, he knew all eyes were on him. So the taskmaster did what he’s always done: put in the work to make the doubters adjust their mindset about what’s possible.

“So many people are going to have doubts about what I can do, and obviously it started at the bench press,” Griffin said March 3, a few hours after he wowed general managers and fellow players by completing 20 reps in the 225-pound bench press with a prosthetic device clamped to the weight bar. “Some people think I can do three, some people think I can do five, some people didn’t think I could do the bench press. But I did it and competed with everybody else and did 20, and that’s just one step closer to everything I need to accomplish. There’s going to be a lot more doubters saying what I can’t do, and I’m ready to prove them wrong.”

By now, you know that Griffin broke the internet with his combine performance, which also included a 4.38-second 40-yard dash, the fastest time for a linebacker in more than a decade. His second 40 time of 4.58 was more human, comparable to other linebackers of his size, but the doubters became believers.

While consideration for Undefeated Athlete of the Week is less about on-the-field achievement or prowess and more about one’s platform for the greater good, Griffin’s performance and story have inspired many.

This week’s Athlete of the Week is winning already. He didn’t just get an automatic bid to the combine. The 22-year-old earned his shot.

A two-year starter at Central Florida and a first-team All-American Athletic Conference selection in each of those seasons, Griffin was the league’s Defensive Player of the Year in 2016 with 92 tackles, 11.5 sacks, an interception and two forced fumbles. This past season, he ended his career as the MVP of the Peach Bowl, helping Central Florida defeat Auburn 34-27 and finish with a 13-0 record.

“I know what I can do,” said Griffin, who attended Central Florida with twin brother Shaquill, who was selected by the Seattle Seahawks in the third round of the 2017 draft.

“And the one thing I can do is to go out there and make sure I do it. The reason I’m so excited to be able to prove so many people wrong is, a lot of people see somebody who has one hand instead of two, and they think it’s different or it doesn’t make sense. ‘Oh, he has one hand — how can you play football?’ Well, what if I say, ‘You have two hands, how can you play football?’ At the end of the day, you have to show what you can do. You can’t set limits on what you can do, whether you have two hands or 30 hands. Show me what you can do, and we’ll go from there.

Griffin is far from just the feel-good sports story of the week; NFL scouts believe he has potential.

Said Minnesota Vikings general manager Rick Spielman: “I don’t think [his having one hand] should be a factor, just because he’s shown he can be productive at a high level against some high-level competition. I think each team will make that determination, but we think he’s a heck of a football player, and that won’t be a factor for us.”

Won’t be a factor for Griffin either.