Serena Williams’ road back and the challenges ahead at Wimbledon

Williams has had a year of questions and adversity. There are more to come at the All England Club.

With the 20th anniversary of her first Wimbledon title approaching, you would have thought by now that Serena Williams has provided enough examples to never doubt her.

But some human minds can occasionally be obstinate and revert to Janet Jackson’s “What Have You Done for Me Lately” mode of sentiments. And that skepticism of Williams returning to tennis has been the perspective of many since we last saw the legendary 23-time Grand Slam champion on the court. Williams was in tears, having to withdraw from her first-round match at Wimbledon in June 2021 after slipping on the Centre Court grass and injuring her right hamstring.

Then, Williams’ now-former coach Patrick Mouratoglou decided to voice how he could no longer wait on her decision whether to return. Mouratoglou’s shock decision to become the coach of Simona Halep in late April reverberated in, around and beyond the sport, and it provided some belief that Williams would indeed pivot to retirement.

How could the now-40-year-old be motivated to play again? How would Williams indicate to us that she would be back, when Mouratoglou, one of her most important tennis voices, would no longer be exclusively loyal to her and become part of a Grand Slam rival’s team? 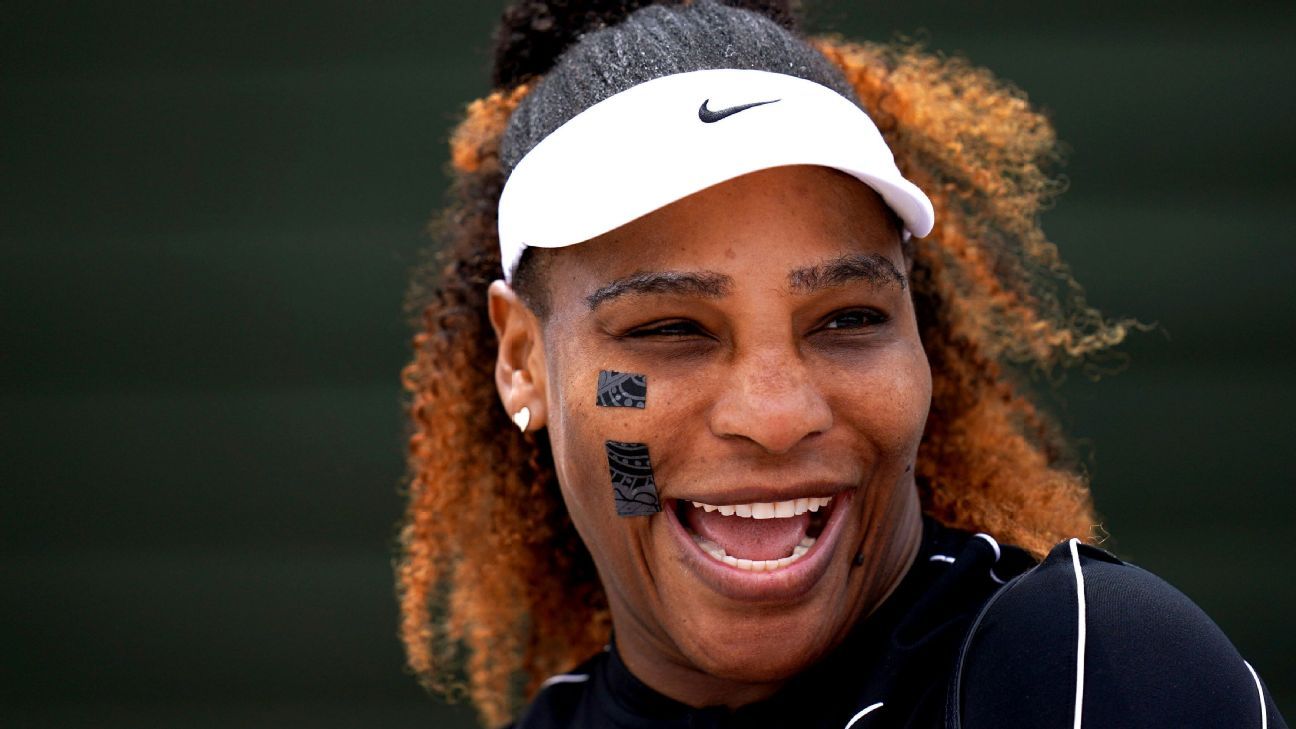 Mouratoglou was candid about the shock departure and why he made his latest move.

“I wanted to be fair to her and not be disappointed at the end of my career. I went to ask her what she was going to do,” Mouratoglou said at a Romanian sports festival recently of his coaching situation. “It wasn’t very clear to her. I asked her if she wanted to go to Roland Garros [French Open]. She told me she didn’t know. It was six weeks before the [WTA] Tour. I told her I was waiting for her on Monday for training and if she didn’t come, I would consider myself free.”

There wasn’t anything nefarious about what Mouratoglou said, and even the most ardent Williams fan could not blame him for looking to move on after showing patience. But for those who believed that Williams wasn’t posting enough training images on social media to indicate if she would return, like fellow ageless legend Roger Federer, the younger of the two groundbreaking tennis-playing Williams sisters had a message for all the world to see.

Even those who were still certain that she would return to tennis were happily caught off guard by her Instagram post on June 14 that she would attend Wimbledon 2022. Among pleasantly unprepared for her definitive return was none other than Wimbledon itself. Normally a beacon of conservatism and organization, the All England Club at the head of tennis’ most famous tournament immediately reacted with delight over the massive breaking news.

Yes, Williams had left it to the last minute, as it served as the day that Wimbledon would announce who would receive wild-card entries for its ladies’ and gentlemen’s fields. And she needed the wild card because her WTA ranking fell outside the top 1,000 (yes, you read right, not 100, 1,000) to the 1,204th-ranked player in the world, due largely to her delay about her latest return.

That brief, reinvigorating Instagram announcement gave us two important reminders: not everything important in one’s life is immediately placed on social media, and never, ever doubt Serena Williams. 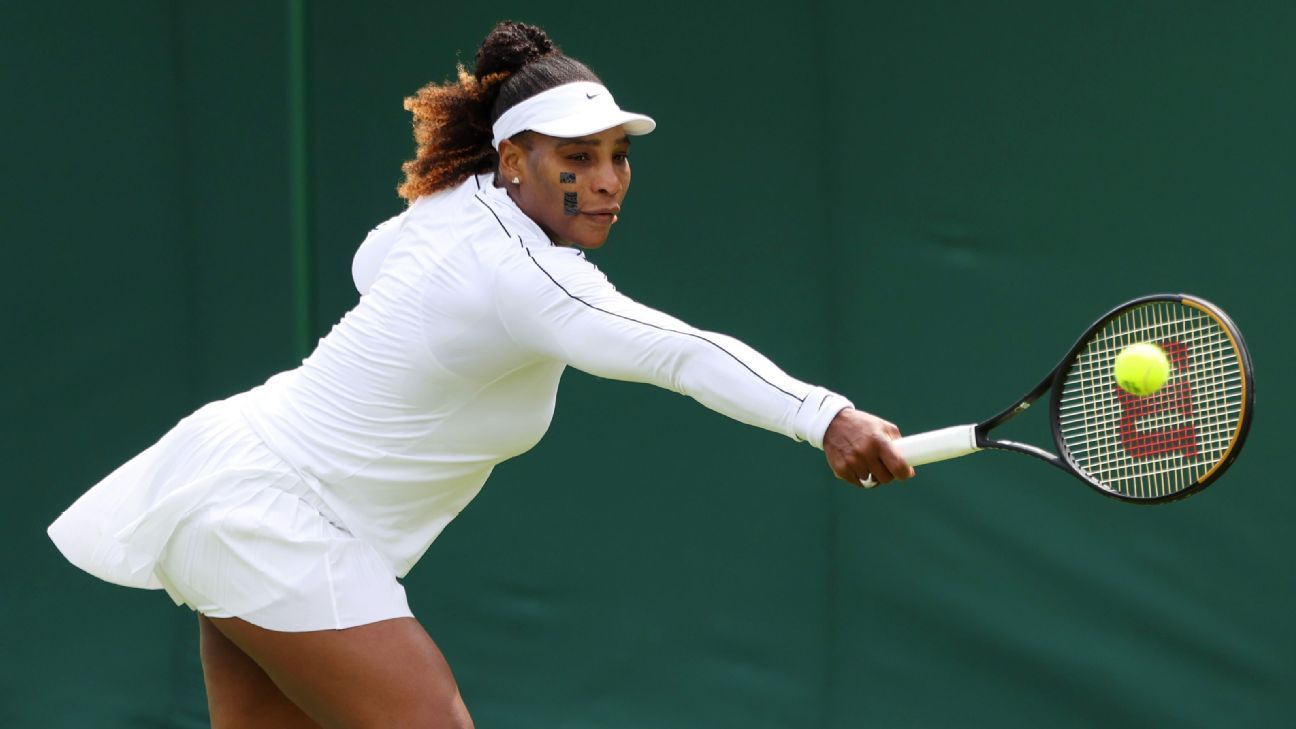 Williams has always vowed to come back and win that elusive but still-in-reach 24th Grand Slam crown to tie Margaret Court’s record.

Of course, Williams does not need one or two more Slams to be the greatest of all time, because she is that now. But Williams has the opportunity to top the full Grand Slam singles record where no one can claim Court as the greatest due only because she has more wins. It’s why, until Williams herself says clearly, “I retire,” that possibility remains.

Williams’ path to a Wimbledon title this week starts as manageable for her. The tennis draw gods were kind to Williams with French player Harmony Tan as her first-round opponent. If she gets through Tan, in Round 2, she would see either No. 32 seed Sara Sorribes Tormo or fellow American Christina McHale, two solid talents with none of Williams’ grass court credentials.

But all the benefits of a relatively easy draw in the first two rounds will set up the biggest tests for Williams when she could potentially face No. 6 seed Karolina Pliskova in Round 3. The big-serving Czech has proven to be an opponent capable of defeating Williams on the biggest stages, including the two biggest wins of her career at the 2016 US Open and 2019 Australian Open. But Pliskova has seen her once-formidable serve suffer a notable decline during the coronavirus pandemic and she must rediscover her top form.

If Williams is able to get past the first three rounds, a riveting first encounter with American teenager Coco Gauff could be her round-of-16 matchup. Gauff, who views Williams as her idol, would be just as up for that contest as she was in her two Slam matches against Venus Williams, another inspirational figure for the recent French Open runner-up. Hard-hitting Spaniard Paula Badosa and world No. 1 Iga Swiatek are the highest seed options in the quarterfinals and semifinals, respectively, that Serena Williams could play to get into another ladies’ final. Swiatek currently has a 35-match win streak, passing Williams’ career-high 34-match win streak and tying Venus Williams’ career-high in her Roland Garros title win over Gauff.

But as always is the case, Williams fears no opponent. That tremendous mental strength, from confident teenager to secure veteran, was on display in her pre-tournament news conference when a reporter said she could have drawn Swiatek, the dominant No. 1 right now, in the first round.

“And anyone could have been drawn to me,” she replied.

Williams understands the difficult task to get to Slam title No. 24. The growing depth of the WTA, even in the midst of Swiatek’s streak, increases daily.

But 20 years after winning her first Wimbledon championship against her sister in the final, Serena Williams is more than capable of again proving the skeptics wrong.