It was 1994 when singer Selena Quintanilla told us to shake our butts in the most classy way with her hit song Bidi Bidi Bom Bom. The song was added to her huge catalog of music as the larger than life pop star dominated the 1990s scene and her music easily influenced more than just the Latin culture. Women everywhere generally liked or loved the star known to the world as just Selena.

Her story was so inspiring that Jennifer Lopez slayed a spot on characterization in the 1997 biopic titled Selena.

Selena left a mark on the pop industry, the magazine industry and now the beauty industry. MAC makeup is commemorating the late star with a new makeup collection that launched Sept. 30 and completely sold out online in a matter of hours.

MAC knocks it out of the park when it uses iconic stars to inspire its makeup collections. Like the Marilyn Monroe collection, which was named for a late star, the Selena collection exceeded expectations.

Iconic stars Marilyn Monroe and Selena Quintanilla have a lot in common. They both died tragically and too young. They were larger than life at the peak times of their career. They represented beauty, talent and brains and they lived a public life that people adored and often emulated.

Selena’s makeup collection, launched 21 years after she was shot by a disgruntled fan/business associate in 1995, bears the names of her most popular songs. According to the Houston Chronicle, the line inspired by Selena was curated by her sister Suzette Quintanilla, who took photos of the contents of the late singer’s makeup case and sent them to the cosmetic company. MAC created shades and products from the images. The MAC Selena collection features three lipsticks, a lip gloss, five eye shadows, a blush and bronzer compact, a makeup brush, liquid liner and mascara. 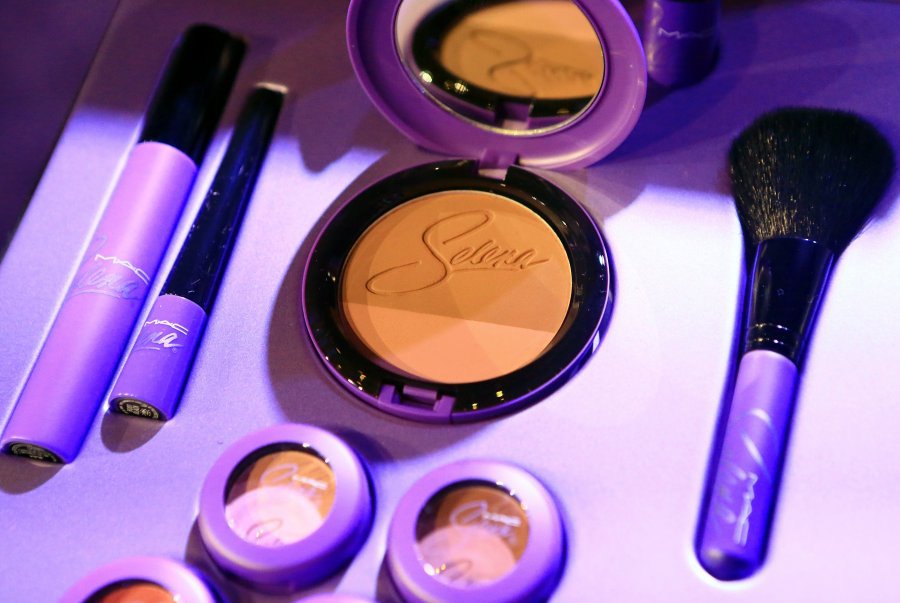 “This line is Selena on and off stage,” Quintanilla said, according to the Chronicle. “She was my best friend. We talked a lot about everything. Clearly, we’re girls, and makeup was one of the key things we liked to talk about. This is something she was working on when she was taken from us.” According to USA Today, Quintanilla said Selena was working on her own cosmetics line and perfume before she was murdered.

When Los Angeles radio producer Patty Rodriguez saw Monroe’s collection in 2013, she pitched the Selena-inspired idea to MAC. After two years of working hard to make the collection a reality, Rodriguez garnered the help of the public. In 2015, she visited change.org and started a petition using the hashtag #SelenaQuintanillaforMac. In less than 24 hours, the campaign received more than 37,000 signatures, surpassing its goal of 5,000. MAC was then on board.

The buying power of people of color is not always appreciated, but it does not go unnoticed. In a July 2014 Nielsen rating, it showed that Hispanic consumers increased by 17 percent across seven key beauty categories and has continued to soar, joining the black community as dominant purchasers. For years, MAC has catered to people of color and have noticed — like other beauty business leaders — that it’s important to have brands that cater to certain skin types with care colors and beauty needs.

Other Latina stars have graced brands. According to NPR, Eva Mendes hooked up with Pantene, Sofia Vergara with CoverGirl and Jennifer Lopez with Gillette Venus, so Selena’s collection naturally would be a big hit.

Selena’s collection, which caters to Latinas, will be available until Nov. 17 as they work to restock the brand.

A message was posted on Selena’s official Facebook page Saturday announcing that the collection was sold out because of fans’ passion and excitement.

Most fans on Twitter were just as enthused about the announcement and release of the new cosmetic line, while most did what they do best, throw shade at MAC for not having enough products.

#MACselena crashes and this scene immediately came to mind! pic.twitter.com/tCtRcrl8BA

The #MACSelena collection is so beautiful 😭🌹 Available online Oct. 1 in the morning (EST), and in stores Oct. 6! 💄 pic.twitter.com/fFYQaExA42

When it's past midnight and #MACSelena still hasn't launched pic.twitter.com/Igu2WCk4Nn

If I have to go fight some cholas at the mac store then that's what I will do. #MacSelena pic.twitter.com/J7LCyZvIXn