Wounded. Wonderful. In ‘Roots,’ Emayatzy Corinealdi gets at the lemonade before ‘Lemonade’ 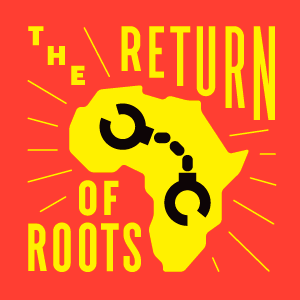 This is the first piece in a semi-regular series examining how Beyoncé’s Lemonade influences the way we see other works of art.

It’s amazing, sometimes, how one scene can sum up so much about our country — so let’s talk about this one from History Channel’s remake of Roots:

Belle, portrayed by the consistently captivating Emayatzy Corinealdi, is keeping a watchful eye over her daughter Kizzy and her husband Kunta Kinte (Malachi Kirby) on the Virginia plantation of Dr. William Waller (Matthew Goode). Kizzy, at 6, still enjoys the rare comforts of a complete family unit. Her life as a “little shadow” to Waller’s niece Missy Ann (who more than likely is actually Waller’s secret daughter, given his affair with his brother’s wife), means fresh hand-me-down frocks. Kizzy is as naïve and carefree about the realities of a lifetime of bondage as fate will allow when her childhood bosom friend comes skipping into the picture.

With eyes big and bright, young Kizzy (Saniyya Sidney) has been dutifully stirring a jar of lemonade beside her mother, nose pressed against the glass. Her tiny hands churn until Belle deems the honey used to sweeten it sufficiently incorporated. Belle lifts a wooden spoon, declares the concoction to be “just fine,” and instructs Kizzy to take a tin cup to their beloved Kunta. And then, like an antebellum record scratch, here comes an oblivious Becky in the form of Missy Ann, who runs up and announces to Kizzy’s back, “Kizzy, I’m here!” When Kizzy turns to greet her, Missy Ann (Kiera Strauss) grabs the lemonade out of Kizzy’s hand — one beat after Kizzy proudly held out the cup to Kunta and said, “Fa! I made it for you.”

At least Missy Ann tempered this narcissism (at best, left unchecked, and at worst, actively encouraged) with a thank you. Later, as the girls grow into teenagers, we learn without question that not only is Missy Ann’s narcissism encouraged, but that everything surrounding her suggests it’s her birthright. What is there to say? Kunta’s eyes smolder with muted indignation and Belle walks over to sweetly greet her charge. She stuffs her feelings down to the place where all of the feelings not safe for public consumption are kept. She has to do it not only to keep herself safe, but her child, too.

“Those are the kinds of women I’m attracted to. Even in their own weakness, there’s a strength in that,” says Corinealdi. “They may not recognize it as strength.”

It’s one of those moments in Roots that leaves you breathless, especially if you make the connection to Lemonade. In a recent phone interview, Corinealdi, 36, admitted that she hadn’t yet watched Beyoncé’s latest visual album. She’s been too immersed taping the second season of Hand of God, the Amazon thriller she stars in alongside Ron Perlman and Dana Delany.

Lemonade’s strength lies in the way it coalesces and then universalizes elements of black women’s lives without being essentialist. It serves as a lens for viewing other works about black women, too. It has a way of sharpening, supporting, and clarifying those works. Taken together, they become variations on a theme. In Lemonade, we see the way black women’s love — romantic, familial, even the love they have for themselves — gets consumed and warped and stepped on. We see how none of that is new, how it’s been happening for generations, for centuries. We see how it is tradition. But we also see how black women emerge, wonderful and irrepressible all the same, despite the hurt that is meted out with regularity to them, often by the men in their lives. As Belle, Corinealdi flourishes in a what is for her yet another Lemonade-inflected turn.

And no one captures that hurt quite like Corinealdi.

In her roles in Middle of Nowhere and Miles Ahead, Corinealdi dwells in the hurt, even lingers, but she never simply accepts it. But as Belle in Roots, she doesn’t have much choice in the matter. When love is given in the form of a cup of lemonade, passed from mother to daughter to father, Belle’s best option, when that love is snatched away in an instant, is to let the moment pass as though it never happened.

In Middle of Nowhere, the 2012 film that set director Ava DuVernay’s career alight at the Sundance Film Festival, Corinealdi stars as Ruby, a registered nurse whose husband Derek (Omari Hardwick) is imprisoned. Ruby takes it upon herself to do the unglamourous, pride-swallowing work of keeping their marriage afloat through visits (a 90-minute car ride away, though Ruby must take a bus), extra shifts to pay for Derek’s lawyer, fights with her mother (Lorraine Toussaint), and a particularly humiliating encounter with Derek’s lawyer (Sharon Lawrence).

But we also see how black women emerge, wonderful and irrepressible all the same, despite the hurt that is meted out with regularity to them, often by the men in their lives.

But nothing is so awful as the moment when Ruby learns, in a parole hearing she pleaded with his lawyer to attend, that Derek cheated on her with a guard two years into what would have been a five-year sentence with good behavior. Finally, she deflates. And then she chooses herself. Corinealdi auditioned for a supporting role in Middle of Nowhere, the part of Rosie, Ruby’s sister. But in an email, DuVernay said she saw something in Corinealdi that made her perfect for Ruby.

“Something about her stuck with me and my casting director Aisha Coley,” DuVernay said. “The word that comes to mind is ‘elegance.’ Behind her great talent and great beauty, Emayatzy has an ingrained elegance that elevates her work. It was important to me that the character of ‘Ruby,’ a woman who lives in the inner city of L.A. and has an incarcerated husband, be portrayed as a woman of integrity and class. I wanted to turn away from the stereotype of who society feels her character should be, and how she should behave or think — and instead show the women I met and the women I know in these circumstances. Wounded, but still wonderful women. Emayatzy embodied those qualities beautifully.”

In Miles Ahead, Corinealdi plays the ebullient, self-sufficient first wife of Miles Davis (Don Cheadle), the dancer Frances Taylor. Taylor has a career of her own, drive of her own, sources of joy and radiance all her own — all qualities that drew Davis to her in the first place. But the abusive, paranoid Prince of Darkness wants to keep her for himself. He insists that Taylor quit her job as a dancer, lest it take her away from him. He draws her in closer and closer until Taylor is so stifled by his jealousy and his pummeling that the only option left for her is to flee. Taylor chooses herself, too.

Before she began filming with Cheadle, who not only stars as Davis, but who co-wrote and directed the film, Corinealdi had lunch with the woman she was portraying. Taylor still lives in New York. “Being able to find that strength from within with Frances, with everything that she’s been through, she just has this light and this beauty that I found fascinating.”

So what draws Corinealdi to these women? Especially because the uber-private actress has purposefully chosen to eschew social media, they’re how we see her. Aside from red carpet appearances and other promotional aspects of the job, they’re all we see of her. “Those are the kinds of women I’m attracted to. Even in their own weakness, there’s a strength in that,” said Corinealdi. “They may not recognize it as strength.”

Corinealdi likes to explore and celebrate a strength that’s defined by bending, but not breaking. It’s not rooted in unyielding stoicism.

“I do think that in order to be really strong like these women I’m speaking about, you have to have some kind of vulnerability there, even if it’s not a vulnerability that the world may see,” she said. “That’s when you see that woman sitting by herself and she’s completely broken by all the other moments and times that you’ve seen here. But you have to have that, because that’s reality … I don’t think that you can fully be strong without being vulnerable.”

Kentucky-born Corinealdi prefers the restrained, old-Hollywood approach to the business of being an actress. She’s committed to directing focus toward the women she’s playing, never to her. We know that Corinealdi grew up in a military family and that her father is Panamanian and her mother is American. Her first name is a combination of her maternal grandmother’s name and that of a Panamanian folk princess. But most everything else is quite private.

“I like the idea of privacy and separation,” Corinealdi said. “A part of me feels like I’m an actor who’s trapped in years and years ago before we had social media when people just got excited when you saw your favorite actor do a red carpet premiere and that was it. You wondered, well who are they dating, and all those questions you never really knew the answer to because they had their own lives and that was that.”

Both Ruby and Taylor have the contemporary luxuries of being able to press eject buttons on bad relationships. But there was no escape hatch for Belle, who didn’t need to flee her relationship so much as her entire condition. Conveying the devastating sorrow of having your teenage daughter ripped from your arms, knowing you will likely never see her again, knowing that once out of the sphere of your protection she will certainly be violated, is obviously an emotionally wrenching task. And yet it’s the small daily indignities, the ones we have to tamp down, that really do us in, like so much heartbreak sitting in a bank collecting interest until there’s no room left for it to grow.

It takes a lot to go there and to keep going there, to play these wounded but wonderful women. I asked Corinealdi if she ever finds herself wanting to play someone who has an unambiguously happy ending, one where a starburst of unmitigated black girl joy radiates from the screen, wish-fulfillment writ in IMAX dimensions.

She let out a small laugh. “I’ll say yes in that I’m interested in not just all kinds of characters, but all kinds of endings,” Corinealdi said. “We don’t know how things turn out.”