When ESPN reported allegations last year that Phoenix Suns and Phoenix Mercury owner Robert Sarver was creating and fostering an environment of racism, sexism and general harassment within his organization, I wrote that this was “an issue for white men to solve.”

What I meant by that was that throughout the history of this country, racial and gender rights were only won when white men finally decided that racism and sexism weren’t right. By the simple fact that white people outnumber and out power other racial and ethnic groups, white people have to – whether by force or desire – actually be the ones who want that to be for it to happen.

So I figured that if the actions of Sarver — constantly using the N-word, constantly commenting on female employees’ appearances, just being an overall jackass — were going to be fixed, it wasn’t going to be due to what Black players or coaches did, but rather the other white team owners and the white man who runs the league, commissioner Adam Silver.

Well, I may have goofed on that. Putting faith in white men to do the right thing is always a mixed bag, which was the case in the Sarver investigation. On Tuesday, the league released its nearly yearlong report on Sarver’s tenure as owner of the Suns and Mercury. It found that Sarver used “racially insensitive,” or in layman’s terms, “racist,” language, engaged in “inequitable conduct toward female employees,” made “sex-related comments” and treated employees in “aggressive and demeaning ways.”

For those actions, Sarver, who has owned the Suns and Mercury since 2004, was suspended for one season and fined $10 million, the maximum permitted by the NBA. He can’t be involved in either team’s “business or basketball operations” during the suspension.

If teams can be taken away due to unsavory behavior such as Sarver’s, how many other team owners could that additionally impact?

In 2014, Sterling was caught on tape telling his mistress not to associate with or bring Black men to team games. In response, the NBA fined Sterling $2.5 million and banned him from the league for life.

It’s understandable to assume that given Sterling’s punishment, Sarver, too, would have been banned for life from the league. Among other things, the league’s investigation found that Sarver used the N-word at least five times in front of his employees, said he “hate[d] diversity,” told a female employee “you’ve never seen anything this big” before preparing for a shower at the team facility, and “exposed his genitals to a male employee who was on his knees in front of Sarver performing a fitness check.”

But when you put aside the NBA’s seemingly progressive messaging across the board, the league is a business at the end of the day. A big business that brought in a record $10 billion in revenue last year, according to Silver.

And these billionaires who own these teams don’t necessarily want to start setting precedents for having their teams taken away from them — even if they stand to gain billions for forced sales. 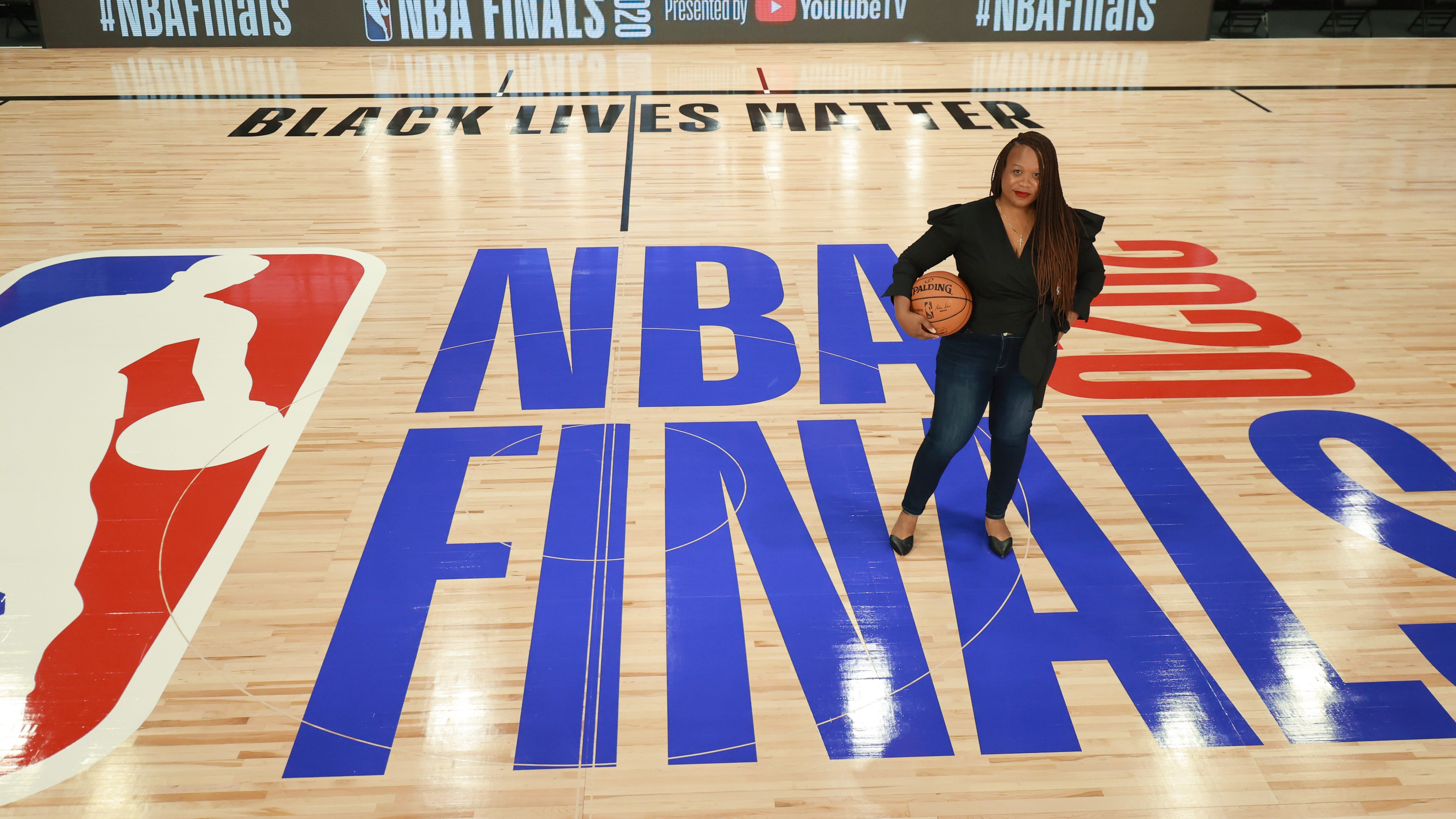 ‘It’s so much bigger than me’: Morgan Cato is breaking ground with the Phoenix Suns’ front officeRead now

Dallas Mavericks owner Mark Cuban said as much during the Sterling saga. “I think you’ve got to be very, very careful when you start making blanket statements about what people say and think, as opposed to what they do,” he said before Sterling was banned. “It’s a very, very slippery slope.” Silver said in a news conference this week after the suspension was announced that he “didn’t have the right to take away his team.”

Requiring sensitivity training, fining, and suspending Sarver for a year doesn’t really match up with his egregious behavior, but on the flip side, the NBA wasn’t going to force him to sell his team short of Sarver explicitly stating he hated Black people or committing an actual sexual assault. If teams can be taken away due to unsavory behavior such as Sarver’s, how many other team owners could that additionally impact?

Do I agree with that line of thinking? Of course not. But I understand the capitalist thinking behind it.

Short of committing a felony, this was always going to be the outcome. Even then, maybe not: Sterling agreed to pay $2.725 million to settle a housing discrimination lawsuit filed by the Justice Department five years before the racism scandal with the NBA.

The NBA might force an owner out once every blue moon, but it isn’t exactly in the business of doing the right thing.

The league showed its hand earlier this year when Silver said there was “no discussion” to move the 2023 All-Star Game out of Utah after the state legislature passed a bill that would ban transgender students from participating in school sports that line up with their gender. Only six years earlier, the league pulled the 2017 All-Star Game out of Charlotte after the North Carolina state legislature passed a bill that would force people to use public restrooms based on the “biological sex” on their birth certificate.

Again, if you start setting precedents that league events can just be up and moved — and take all those precious moneymaking opportunities with it — based on unsavory laws, before long only heavily liberal Portland, Oregon, would be able to host events.

Silver took on the commissioner role in February 2014, and the Sterling episode happened two months into his tenure. Since then, the league has sold itself as this progressive utopia by empowering its Black players to take on more metaphorical ownership of the league and principled stands on social issues. The truth is that the league will always put its business interests ahead of what’s morally right. 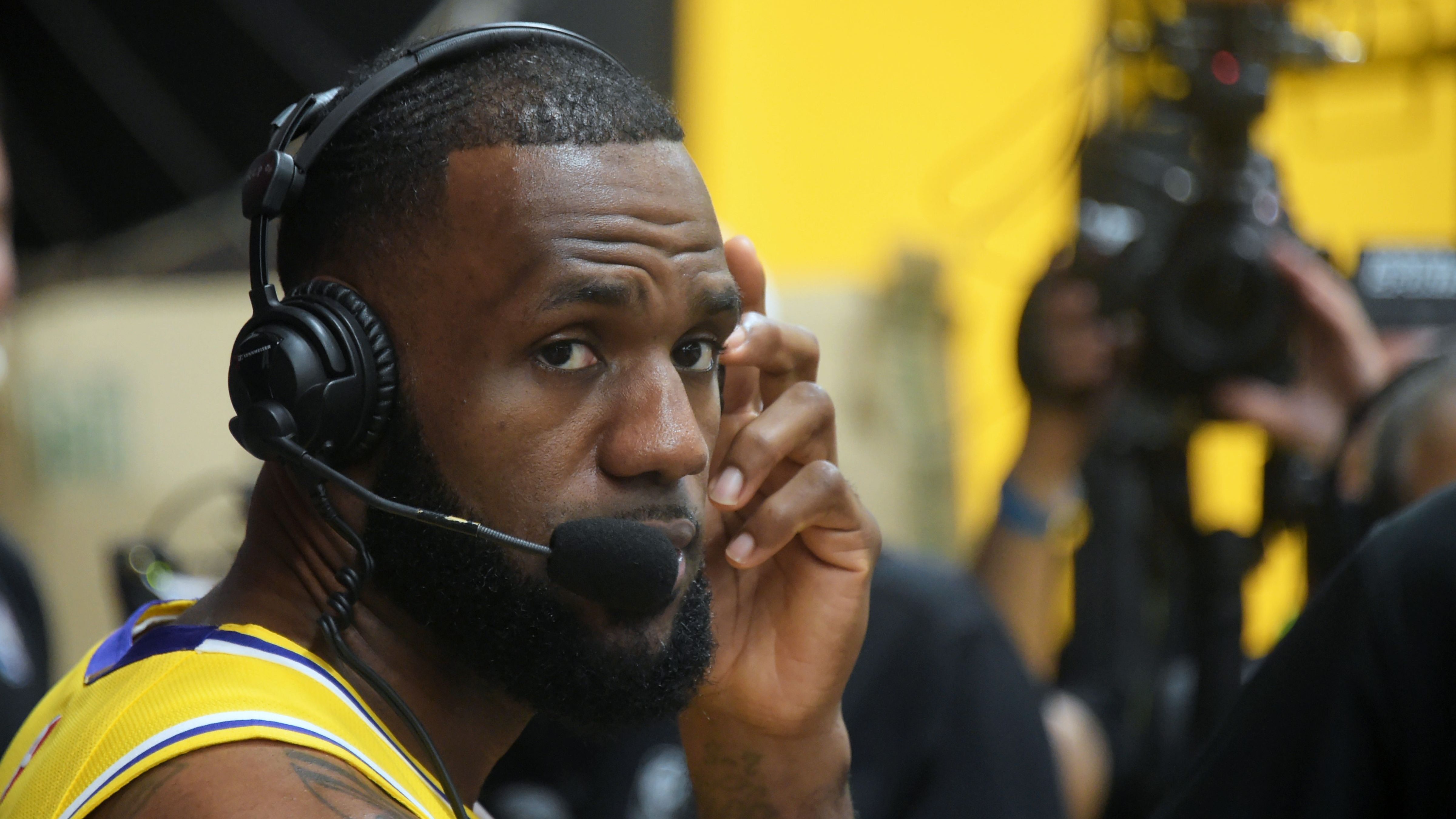 The league’s China-Hong Kong controversy from 2019? The NBA said as little as possible about that. I argued in 2017 that, in reference to the NFL’s treatment of former quarterback Colin Kaepernick’s national anthem demonstration, “the notion that professional basketball is the ideological opposite of professional football isn’t rooted in much evidence.” It turns out, the NBA will only take things as far as it necessarily has to.

So as far as Sarver’s alleged racism, which in reference to the N-word I’d argue is boilerplate “why can’t we say it” white ignorance, this was never going to rise to the level of Sterling’s ban. On the flip side, Sarver’s sexual harassment – and in the case of the exposed genitalia, borderline sexual assault – of his employees seems worthy of being kicked out of the league and prosecution. But, again, short of an actual sexual assault, the league wasn’t setting that precedent.

The NBA is capable of doing so many good things in this world, but when it comes down to it, it’s a bunch of white men making business decisions, which normally means no actual problems will be solved.