Robert Sarver and Ime Udoka are cases of clarity and confusion

The reporting of the Suns owner’s disgrace has been thorough and necessary. The handling of the Celtics coach’s suspension has produced a haze of uncertainty.

A new NBA season has barely begun, and the league has been rocked by scandals that could change the trajectory of two franchises — the Phoenix Suns and Boston Celtics.

On Sept. 21, Suns owner Robert Sarver announced that he would begin the process of selling both the Suns and the WNBA’s Phoenix Mercury. Then on Sept. 22, the Celtics shocked the NBA community when the team announced, seemingly out of the blue, the yearlong suspension of head coach Ime Udoka for violations of unspecified team policies.

The Sarver case seems clear-cut and the result applauded as an ongoing move to purge the NBA of systemic racism and misogyny.

Earlier this month, the NBA, after conducting its own investigation, fined Sarver $10 million and he was suspended for one year from both the NBA and WNBA. High-profile NBA players such as LeBron James, Chris Paul and Draymond Green said that the punishment was too lenient and PayPal threatened not to renew its partnership with the Suns if Sarver remained the owner. Faced with this blowback, Sarver announced last week that he would begin the process of selling the Suns and the Mercury.

This was a clear victory for the NBA, ending regressive behavior, and a triumph for journalism’s primary mission: shining a light into dark corners. Rooting out racism and misogyny is good any day, all day.

The Sarver/Udoka cases provide cautionary tales of how quickly fortunes can change and how even the mighty can be toppled.

Sarver was exposed by investigative journalism — digging, interviews, and corroboration. The Celtics players, on the other hand, say they were blindsided by the news of Udoka’s situation and remain confused a week later. The team’s initial vague response opened the door to social media speculation, which dragged the names and reputation of female employees inside the organization through the mud.

Udoka, in issuing a statement, was no less vague:

“I want to apologize to our players, fans, the entire Celtics organization, and my family for letting them down,” Udoka’s statement read. “I am sorry for putting the team in this difficult situation, and I accept the team’s decision. Out of respect for everyone involved, I will have no further comment.”

The NBA’s action against Sarver and the Celtics’ action against Udoka were shots across the bow, but to what end? With the Suns, the intent is clear: punish racist and misogynistic behavior and protect the staff from those who would abuse their power.

The message in Boston with the Celtics is less clear, largely because of the players the public has had to rely on for unsubstantiated tidbits to shed a hazy light on a complicated situation.

According to a league spokesperson, the NBA has human resources policies regarding employees in a close personal relationship, but team policies are left to the discretion of the individual teams.

What’s the policy in Boston? What are the rules of engagement? 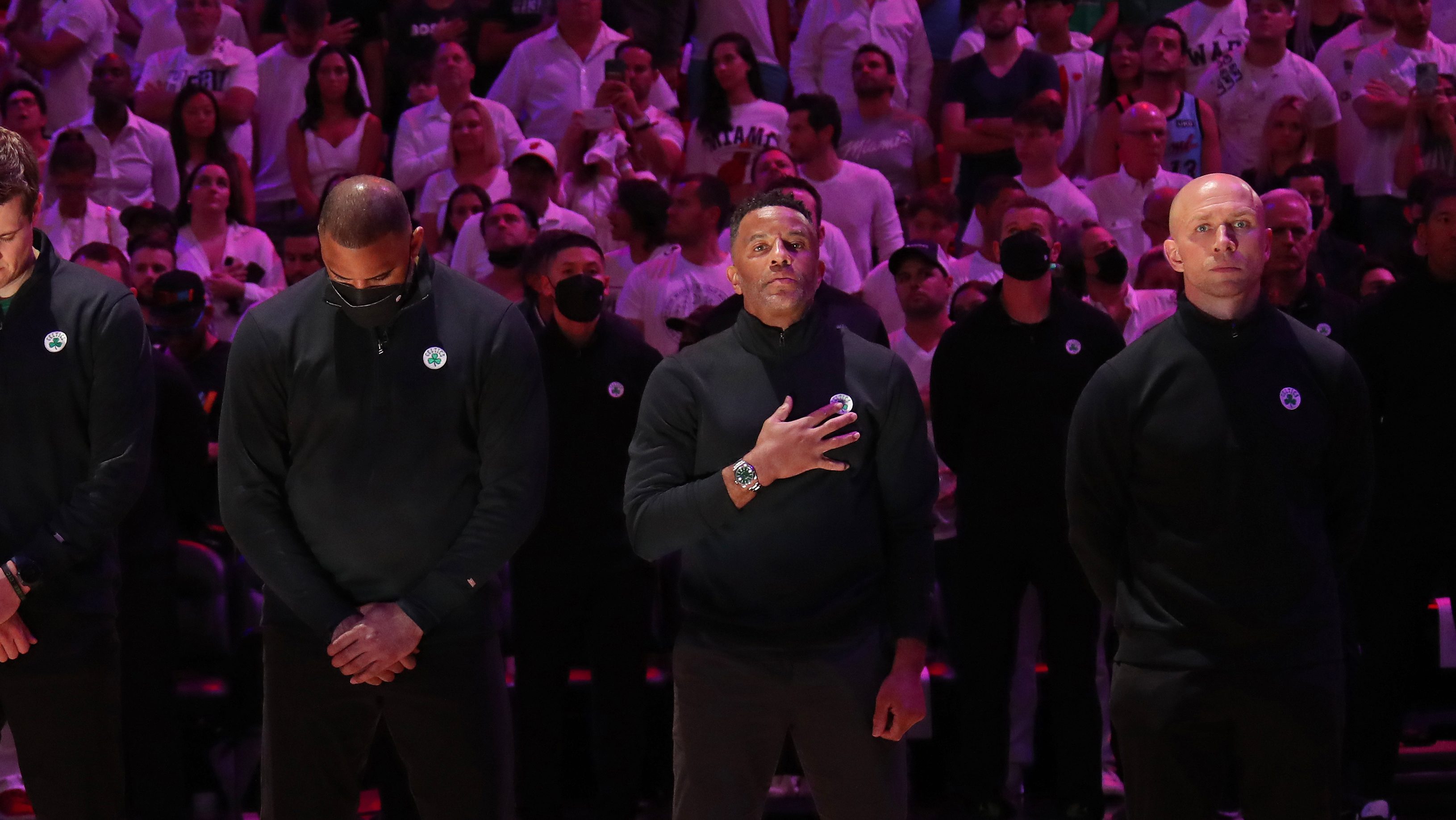 The playing field at the workplace should be level, lest the power dynamics of supervisor and subordinate relationships disrupt the cohesion of a staff.

I get it: Romance worries employers. According to a report released in 2020 by the Society for Human Resources Management, “workplace romances can lead to accusations of favoritism when the relationship is going well or allegations of harassment and retaliation if things sour or feelings aren’t reciprocated.”

For someone like Sam Mitchell, a former NBA player and head coach, and now a commentator for Sirius XM NBA Radio and NBA TV, it’s not so clear-cut because players and staff are with each other seven to nine months out of the year.

“You’re with these people more than you are with your family,” said Mitchell, who was head coach of the Toronto Raptors from 2004 to 2008.

On the other hand, Mitchell said he understands why the Celtics may have acted against Udoka.

“At the end of the day, you’re the coach, you’re supposed to know better. You’re in a leadership position, you can’t do what everybody else does. That’s why you’re the head coach,” Mitchell said.

The Celtics announced last week that no one besides Udoka would face discipline as a result of the investigation. And Celtics president Brad Stevens said as it relates to the women in the organization, “I do think we as an organization have a responsibility to support them now, because a lot of people were dragged unfairly into that.”

I’m not interested in having anyone else in this sad saga outed, but it seems odd that Udoka is the only person being disciplined when, based on reports, two parties broke the organization’s rules. No one knows how these dramas will impact team performance, but I suspect Phoenix will be the first to regain its equilibrium. The Suns at least have closure: A disgraced owner faced with overwhelming evidence of racism and misogyny is rightfully gone.

“They’re probably glad that he’s gone,” said Gary Washburn, a Boston Globe columnist who covers the Celtics and the NBA. “It’s a relief to them they can move forward and concentrate on getting back to the Finals. I think the Suns will recover.”

Boston must cut through a haze of uncertainty.

“The Celtics have to deal with a new coach, deal with the absence of their old coach and wonder what the heck happened,” Washburn said.

As another NBA season begins, a storm cloud is passing over the Phoenix Suns. Players may be disoriented, but there is resolution.

In Boston, however, the dark cloud continues to hang heavy over the franchise. The team made a dramatic move, but there is little clarity and absolutely no closure.