NEW ORLEANS – New Orleans Pelicans director of team security Randy Greenup was catching up with his old co-worker Anthony Davis when he took off in a hurry. Greenup returned with Zion Williamson. He wanted the new face of the franchise to visit with the former face of the franchise. Davis, who returned to New Orleans on Wednesday for the first time since joining the Los Angeles Lakers, offered words of encouragement to the injured rookie in a symbolic meeting that looked like a passing of the torch.

“I told him to get healthy,” Davis said. “Obviously, they’re waiting on his return and they’re trying to hold on until he gets back.”

The No. 1 overall pick in the 2019 draft has not suited up during the regular season after having arthroscopic surgery to repair a torn lateral meniscus in his right knee on Oct. 21. The former Duke star sat on the bench on Wednesday night in a navy blue suit watching Davis get the best of his former team. Davis delivered 41 points, 9 rebounds and the game-sealing steal in the Lakers’ 114-110 win.

Williamson has been expected to miss six to eight weeks, but head coach Alvin Gentry said there is no return date etched in stone. Pelicans executive vice president David Griffin said he plans to err on the side of caution and leans more toward the eight-week timetable. That could mean a debut before Christmas for Williamson, who can currently work out with partial weight-bearing, but has yet to get back on the floor and take contact.

“He’s dying to be back out here,” Gentry said. “He’s taking his rehab very, very serious. He’s chomping on the bit. We’d love to have him out there because he is a game-changer. Who wouldn’t want him out there? …

“It’s been tough for him only to be able to play in the preseason and not play now. He’s going to be special regardless because he is a team-first guy. And team-first guys seem to succeed in this league and have an impact on their team.”

Beyond that, the Pelicans are just happy to have the drama of last season behind them.

Davis had requested a trade before the 2018-19 season. And despite the franchise firing longtime general manager Dell Demps in February and landing Williamson in the draft, Davis still wanted out. The six-time All-Star got his wish when the Pelicans traded him to the Lakers on July 6.

“He didn’t want to be here, right?” Griffin said. “It was time to move on. The Laker deal came together in such a way that we really felt good about it.”

“That was difficult. The whole environment it created was really tough,” Gentry said. “It was not the first time and only time that happened. It’s happened in the NBA. You try to deal with it the best you can and move on.”

The Pelicans have good reason to believe they are on the right path.

The Pelicans have a new slogan this year: “Won’t Bow Down.” It’s an old New Orleans phrase that is associated with the Mardi Gras Indians. The Pelicans have displayed it all over the arena and practice facility. Before home games, the new-look Pelicans chant the slogan with a beat of a drum by their mascot Pierre.

“It reflects how we want to play and be as a team,” Griffin said. “Our identity needs to become that.”

Griffin was hired by the Pelicans on April 17 and has made many changes since arriving in the Big Easy.

During the offseason, the Pelicans hired Aaron Nelson as vice president of player care and performance, former NBA guard Trajan Langdon as general manager, and former WNBA star Swin Cash as vice president of basketball operations and team development. They also added former NBA guard Ramon Sessions to their basketball operations team and hired former Turner Sports security director Chico Robinson, who used to keep a close eye on Charles Barkley, Shaquille O’Neal and Kenny Smith and now watches out for Williamson. On top of that, Gentry said new renovations have made their practice facility as “nice as any in the NBA.”

“There is change of culture that Griff has brought here,” Gentry said. “The players know that everything is first-class. Not that it hadn’t been before. But just the overall feeling and overall environment in a more positive way.” 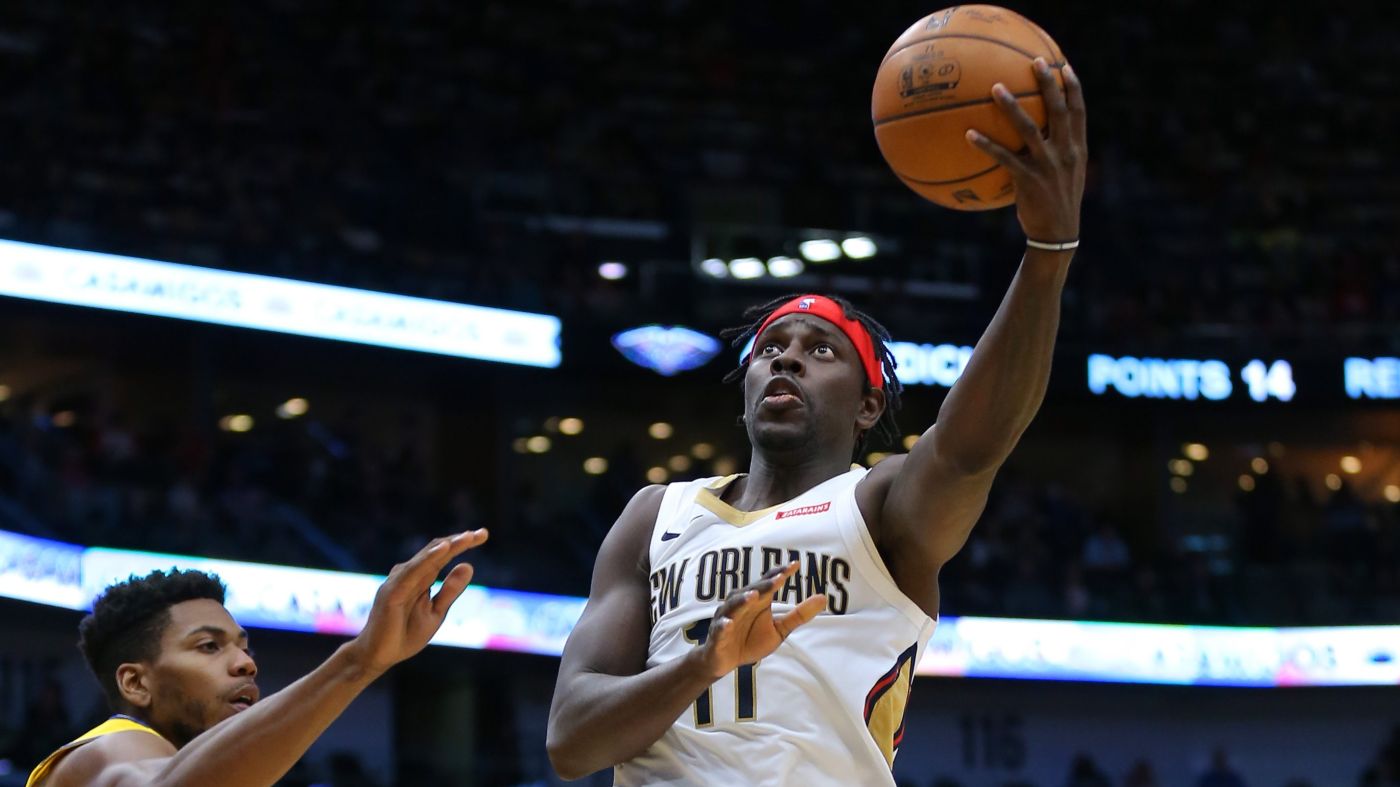 Griffin, however, didn’t feel the need to change his head coach.

Griffin, who previously worked with Gentry on the Phoenix Suns, is confident that Gentry is the right coach for his rebuilding Pelicans.

“Everybody says, ‘Why didn’t you start over with a new coach?’ ” Griffin said. “ ‘Well, I don’t know a lot of other coaches that I went to the conference finals with, with a roster similar to this.’ The fearless Alvin that coached the 2010 Suns to the conference finals is a different animal than he was able to be here. My job is to get to channel as much of that person as I can because that was a masterful job that I watched him do.

“That was never an idea to move on from [Gentry]. When you’re starting what we’re starting with the cultural identification piece, you want to start with people who speak the same language.”

At full strength, the Pelicans have a talented mix of veteran players and young prospects. Jrue Holiday is under contract potentially through the 2021-22 season. JJ Redick signed a two-year deal last summer. Brandon Ingram, 22, is a restricted free agent next summer, but Griffin told The Undefeated that the Pelicans have every intention of keeping him long term.

Williamson, of course, is perhaps the best prospect since LeBron James. And Lonzo Ball, Josh Hart, Jaxson Hayes and Nickeil Alexander-Walker give the Pelicans quality young talent. The Pelicans also have three future draft picks from the Lakers deal and another from the Cleveland Cavaliers. Griffin is excited about Australia’s Sydney Kings forward Didi Louzada, 19, whose draft rights are owned by the Pelicans.

The Pelicans have started the season 6-12 due in part to injuries. Ultimately, revival starts with a healthy Williamson.

“Nobody knows what it ultimately looks like when a player like that … hits his ceiling, because he is a unicorn,” Griffin said. “Who has ever been that? I don’t know what that looks like. I know that the only thing he cares about is winning games.

“My excitement is that we will get a chance to grow something special and he will be a special piece to that.”

On Tuesday night, Williamson gave out high-fives and handshakes, took selfies and passed out Pelicans hoodies to the less fortunate at the New Orleans Mission. Some cheered him, others gave him a standing ovation. When it was time for someone from the team to give a speech, even with longtime Pelicans guard Jrue Holiday and other veteran players in the building, it was the 19-year-old who was given the mic.

His speech was short and sweet, thanking those in attendance for allowing them to help. What followed was a roar from the crowd.

Soon, Williamson will hear the cheers at the Smoothie King Center during a regular-season game. And when that time comes, the franchise expects him to make an immediate impact.

“He’s a monster,” Holiday said. “Having Zion has been really cool. He definitely surprised me professionally. Obviously, coming from college at 19, he is a little kid at heart. But the way he handles it is like an ultimate professional.”

“He is working really hard,” Griffin said. “He feels really good. But just that unbridled joy he has for the game, that big smile, we need that.

“We need that energy.”