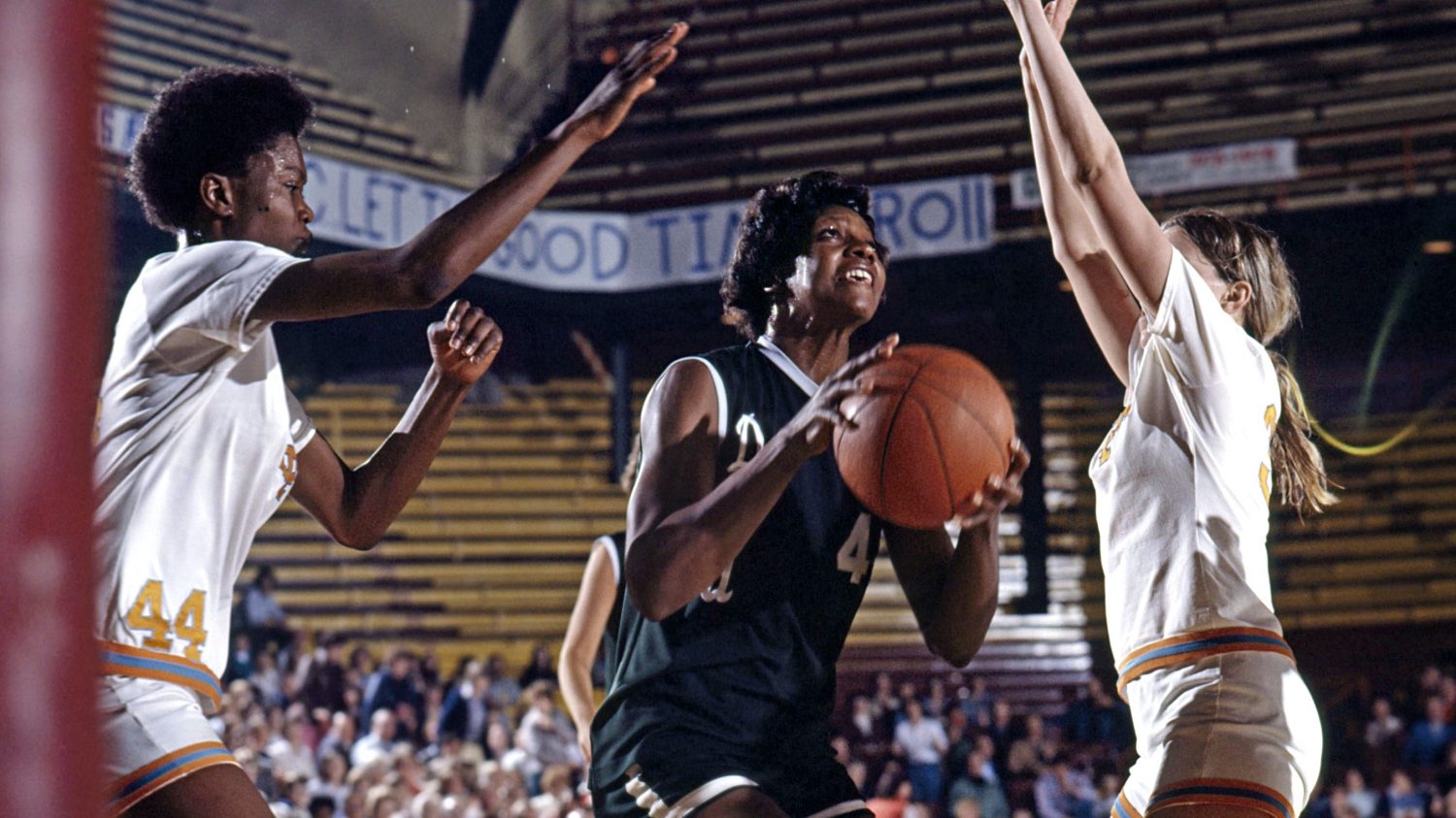 In death, the first Black woman inducted into the Basketball Hall of Fame was given the flowers she should have received in life

In life, all Lusia Harris ever wanted was to be acknowledged.

A week after her death, Harris is being regaled with compliments and accolades that she should have received while alive.

“It’s sad that she has to be recognized in death,” said Gail Marquis, a teammate of Harris’ on the historic 1976 U.S. women’s Olympic basketball team. “In death, you get to see the champions. You get to see their legacies. It would have been nice if she could have smelled a little bit more of the coffee or heard the songs when she was still here, living with us.”

Lusia Harris Stewart died on Jan. 18 at age 66. As a star at Delta State from 1973 to 1977, Harris was the indomitable force in women’s basketball when the Association for Intercollegiate Athletics for Women (AIAW) governed it. Harris helped lay the foundation for the growth of women’s basketball. Harris led the Lady Statesmen to three consecutive AIAW championships.

“She was quietly effective,” Marquis told me earlier this week. “No trash-talking, zero. Almost timid at times.” Marquis added: “She wasn’t flamboyant. At halftime, you’d look at the stats and ask yourself how she got 20 points, how’d she get 10 rebounds. There was no flair. There was no punching the air. No chest bump. No high-fives. She was just a blue-collar worker carrying a pail. She was quiet like that; she didn’t really ring her own bell.”

“All of us learned from her,” Marquis said. “We thought we were good, then we saw the next level of basketball, and we weren’t there. She impacted so many players. Whether we got a chance to see her or play against her, you had to raise your game.”

A week later, Marquis and Harris became teammates on the historic 1976 U.S. women’s Olympic team. This was the first year women’s basketball would be played at the Olympics. Harris made history when she scored the first two points of that Olympic competition.

“Lucy scored the first two points. Teammates jumped on her back to celebrate the moment. Harris typically was nonplussed.

“She didn’t punch the air or do a dance or stop the game and ask for the ball,” Marquis recalled. “She just kept going. I think that humility is what made her almost an everyday player. She didn’t have to be the star of the whole team, even though she was the star of the team.”

At 6-feet-3, 185 pounds, Harris was solidly built, quick and strong. “She wasn’t fat. She wasn’t flabby,” Marquis said. “She was an all-American of All-Americans.”

One of the professional highlights of my career came in 2005 when I met Harris at her home in Greenville, Mississippi.

We talked about a number of topics, mostly about her life in basketball, her legacy and how she had been overlooked. By then, women’s basketball had exploded at the college and professional levels. At the college level, the University of Tennessee had become a powerhouse. Then the WNBA, formed in 1996, was a powerful showcase for women’s professional basketball. My visit to Mississippi was prompted by the WNBA All-Star Game, which was held in New York in 2003. During a tribute to women’s basketball, a screen flashed images of pioneers of the women’s game. Harris was not mentioned. Nancy Lieberman, Carol Blazejowski, Ann Meyers. No mention of Harris, who was a more pivotal figure than any of them.

Harris told me in her understated manner that she had gotten used to being overlooked. “It used to bother me, but not anymore,” she said during our visit. She told me she kept up with the league and admired the players. “It would have been nice to be a part of it,” she said.

Harris was born in Minter City, Mississippi, the 10th of 11 children — six girls, five boys. She played high school basketball but never expected to play in college. She planned to attend Alcorn State, which did not have a basketball team, and teach school.

She was recruited to Delta State by an admissions counselor who told her the school was starting a women’s basketball program. Harris wanted to play basketball, so she decided to go to Delta State. She made Delta State into a national power, though she would be the only Black player at Delta State during her four years at the school.

In 1977, Harris became the first female player to be drafted by an NBA team when the New Orleans Jazz selected her in the seventh round. Harris never considered going because she believed the selection was a publicity stunt. However, she did play in the short-lived Women’s Professional Basketball League. When the league folded, she returned to Delta State and worked as coach Margaret Wade’s assistant. When Wade retired, Harris was passed over for the head-coaching job when the school hired a white man to coach the team.

Harris told me during my visit that she was crushed at not having been asked to coach. She left Delta State and accepted the head women’s basketball coaching position at Texas Southern. The program lacked resources and institutional commitment. On top of that, she already had a son and was pregnant with twin girls. After two seasons, she was dismissed.

Harris’ legacy was already secured. She was part of the foundation of what exists today as women’s sports, in general, and basketball in particular.

It would have been great had Harris been thrown parades and bouquets years ago, but she holds a special place in her home state. Marquis recalls going to Mississippi when one of Harris’ twin daughters got married. “As I’m going through the airport, there are posters of her,” Marquis recalled, referring to Harris. “She was known, and her state recognized her.”

Services for Harris will be held at Delta State on Feb. 5. But if Delta State really wants to acknowledge Harris, the university should erect a statue in her honor. A statue would commemorate how an unassuming young lady from Minter City put the school on the map. It would be a timeless tribute to someone who simply wanted to be acknowledged.