Pusha T takes coke rap to a new level — is that growth?

On ‘It’s Almost Dry,’ the rapper stays in his lane. But he’s definitely getting better.

Ever since Pusha T emerged on the rap scene in the early 2000s as one half of the sibling duo Clipse, he’s been known as a “coke rapper.” Almost every bar he’s spit since then has been related to the sale, consumption or spoils of drug dealing. His latest album, It’s Almost Dry, doesn’t divert much from that overall subject matter. And at this point, it’s pretty clear Pusha T will always be rapping about drugs, prompting some to question whether the Virginia emcee will ever evolve. But those posing the question are misunderstanding what it means to evolve and from whom evolution is expected.

Recently, Variety pondered why Pusha T wasn’t dropping gems about his actual life at 44 instead of dwelling on his past street life. “A disappointing conclusion considering the married father presumably has so much more hard-earned wisdom to offer his fans. … Pusha fails to push himself into new territories, making the entire album feel safe, rather than an attempt at growth,” argued writer Kyle Eustice. It’s been a constant point of contention about Pusha’s music, as he’s been answering questions about growth ever since he went solo a decade ago.

I understand the sentiment: At some point, it might be refreshing to hear something new from Pusha T. But asking him to stop rapping about drugs is to fundamentally change who he is as an artist. Evolution can come in many forms, more than just subject matter changes. And if you look at Pusha T’s lyricism and, in particular, his flow, he’s grown tremendously over the past two decades, perfecting his craft within his chosen genre of coke raps. 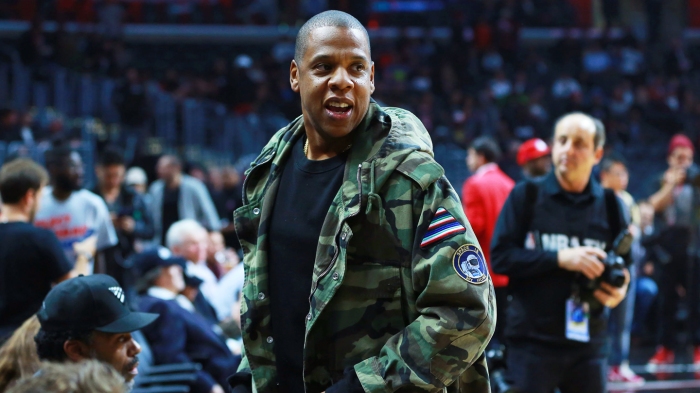 Requiem for a hustlerRead now

“People take the coke talk as … a surface level way to describe what it is that I do,” the rapper said on Desus & Mero in April. “I feel like the drug references are the common thread that really encompasses everything culturally that’s going on, what’s going on in the streets. … I used to get upset about [people saying], ‘Oh, that’s coke rap’… when it’s like, man, nah, that’s all you hear?”

In the early Clipse years, Pusha T would hop on songs taking on the role of the younger, more brash, charismatic counterpart to his brother No Malice’s more emotionally resonant, descriptive lyrics. While Pusha T could sometimes treat drug dealing like a blockbuster action flick with lyrics like, “Cars turn tricks like them Ringling Bros. skits” from the song “I’m Not You” on the Clipse debut studio album Lord Willin’, No Malice grounded the moment in the realness of an emotional indie flick: “I feed them their needs, at the same time cry/Yes, it pains me to see them need this/All of them lost souls and I’m their Jesus.”

In the years since, Pusha T has evolved as a lyricist, tapping into a more complex representation of the need to sell drugs to earn a living, but also the way that livelihood can tear you apart from the inside out. “Between God and where the Devil’s at, had to double dutch and double back/Then hopscotch through where the trouble’s at,” he raps on “Hard Piano” from his 2018 album Daytona. Pusha T isn’t ever going to become a conscious rapper who talks about the Black Lives Matter movement, for instance (although he did broach the topic on his 2015 song “Sunshine,” where he laments the death of Freddie Gray in Baltimore and compares police badges to nooses). But he uses his drug talk to paint a larger picture of how he defines himself as a Black man in America. On the intro to his 2015 project King Push — Darkest Before Dawn: The Prelude, he sounds like a Gothic poet when he raps, “Rinsed drug money, I done paid for my sins/Books and the lawyers, I done paid for my friends/Still held back, I done paid with my skin.” It’s all there: the drugs, the pain, the understanding of the societal circumstances that created it all, and where he fits in while trying to get his piece of the pie. That’s always been the Pusha T story.

That story continues on It’s Almost Dry but it’s even more layered and personal. He opens the album on a personal note, delving into the paranoia and mistrust that comes from a fallout he had with his former manager: “It was sad watching dude in Vlad interviews/Really it’s ’bout me, he channeled it through you.” Pusha T paints pictures of a lifestyle most of us will never know, making us feel “all the spoons that were bent, all the fumes through the vents” as he raps on the album’s closing track “I Pray For You” while preemptively responding to the criticism of his subject matter: “If Hov’s still forever young then I’ma somersault backwards through these chapters.” The song is the introspective standout of the album where Pusha T reveals that he shot the iconic “Grindin’ ” video in his “mama’s mama’s projects,” an acknowledgment of the generational poverty that he’s had to overcome.

But Pusha T’s greatest avenue for growth over the years, and especially on It’s Almost Dry, is his command of the beat. Pusha T has always been able to nestle himself into a pocket, though there hasn’t always been much variation in his delivery. But here he is experimenting with different cadences and patterns. Just listen to the way he calls himself The Night King on “Neck & Wrist” (“Summertime, Winterfell, I’m the Night King,” he raps) or the way he does a light Slick Rick impression on “Call My Bluff.” It all comes together for Pusha T to be a fully formed musician using his voice as an instrument.

The calls for Pusha T to grow aren’t unique to him or a new phenomenon in rap. Jay-Z was criticized for being too closed off from his fans, sparingly giving details on his life or songs that let us see the real man behind the bars. He responded to these critiques in the early 2000s with songs about his relationship with his father (on “Where Have You Been,” for instance) and The Blueprint’s standout “Song Cry” about a relationship gone sour. Of course, this culminated in the 4:44 album about his infidelity, marriage and fatherhood. That final layer of vulnerability went a long way toward fortifying Jay-Z’s claim to being the greatest of all time.

More recently, Drake — ironically, one of Pusha T’s bitter rivals — has been at the center of similar criticism (often lobbed by yours truly). To summarize: Drake came to prominence as a rapper and singer who tapped into deeper emotional moments like his five-minute rumination on insecurities with his 2009 song “Say What’s Real.” But more than a decade later, he has failed to create music that penetrates beyond social media captions and TikTok quotables. He’s still making music for 20-somethings even as he has gotten older. Now, this doesn’t make Drake a bad artist nor does it detract from his ability to make chart-topping hit after hit.

The critique of Drake’s lack of growth has been conflated with the notion that he needs to suddenly become a musical activist or broach topics related to Black Lives Matter, though he did reference the topic on 2015’s “Charged Up.” That’s a separate conversation — one that Drake isn’t necessarily compelled to engage in. But the conflation comes from a misunderstanding of what growth actually means for an artist. 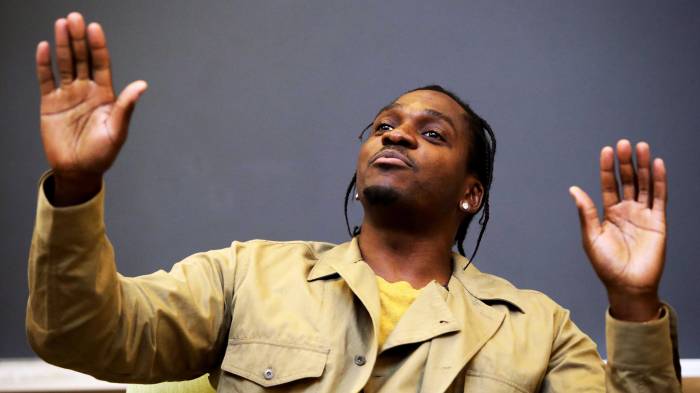 Drake simply hasn’t grown in the aspect of his music he purports to excel at: the emotional, introspective emcee who wants to be in the GOAT conversation.

That’s where he and Pusha T differ. Pusha T has never pretended to be something other than a rapper who excels at using drug dealing to tell his stories. And he’s grown in that avenue. I don’t know if Pusha T can be in the same overall GOAT conversation as Jay-Z without more diversity in his subject matter, but he can be the best within his lane.

Future, whose latest album, I Never Liked You, dropped April 29, is another rapper who’s conquered his lane. His lane, of course, is being the king of toxic masculinity, “mumble rap” and club bangers. Recently, GQ crowned him the best rapper alive, citing his ability to “traipse the full spectrum of human emotion, from lovingly tender to cruelly toxic to heart-wrenching to turned up to 11, all within the space of an eight count.” This assertion prompted another conversation about growth and the fact that Future has basically been spouting catchy misogyny for a decade without much deviation. But, like Pusha T, he’s mastered his chosen lane. And while I wouldn’t argue that Future is the greatest rapper alive, I’d definitely say he’s the best Future imaginable.

It’s all about the expectations artists set for themselves and their listeners, where they position themselves in the greater hip-hop landscape. And the judgment of their music follows accordingly. If, say, Future started rapping like J. Cole, it would probably be met with universal praise for the way he’s punching above his weight class in lyricism and depth. But he isn’t the one who basks in the notion that he’s smarter than your average rapper. That’s J. Cole. So J. Cole becomes the one whose lyrics and subject matter get the more diligent scrutiny, while Future can continue insulting his exes. That’s one of the main reasons why J. Cole gets taken to task for asking a Black woman to educate him about liberation work and Future is being crowned one of the greats as he espouses his B-words and baby mama insults. (The other reason, of course, is hip-hop’s rampant misogyny, but you already knew that.)

Pusha T may never rap about taking his kids to school or movie dates with his wife. He’ll probably always be rapping about drugs in some way or another. But if his catalog is any indication, his growth will continue whether it’s the kind of growth critics immediately recognize.