Prince’s new and eternal ‘4Ever’

It’s mid-November at Motorco Music Hall in downtown Durham, North Carolina. Most are standing on this night, save the few old heads up in the sparse bleachers. Bilal — the Philly Soul son, who ain’t got many hits, but for sure has some songs — is more than halfway through an already exhausting set. Yet the audience sways, rapt for Bilal’s inevitable performance of Prince’s 1984 The Beautiful Ones. That song, as well as other Prince tributes, have been part of Bilal’s sets virtually his whole career.

The tributes will go on forever, and Prince’s legacy is of course neither on the line or in need of the kind of affirmation that accompanied the Nov. 22 release of 4Ever, a 40-song collection that charts Prince’s career at Warner Bros. Records. It is not hard to imagine, given Prince’s thawing relationship in the last year of his life with the idea of streaming services that Warner, in collaboration with Prince’s NPG Records, would have already been preparing to release 4Ever just in time for the holidays, regardless of his tragic death. 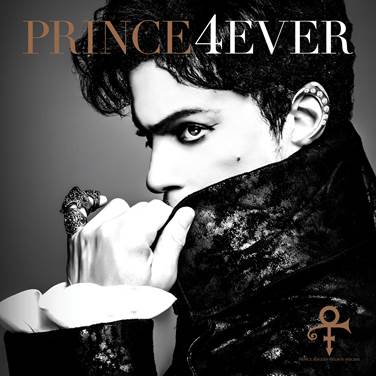 As everyone born after the TDK/Maxell generation understood sometime around April 21, if you didn’t own any Prince hardware, in either analog or digital form — music that you could put your hands on — you had to suffer that Tidal subscription or hit the digital underground for some of that illegal purple label stuff, like we had to do back in the late 1980s when The Black Album, an album Prince pulled right before release but performed songs from during his ’88 Lovesexy Tour (those sessions where Miles Davis and Prince jammed were just myths). Warner eventually released The Black Album in ’94, after Prince’s break with the label — and Prince and Davis did make an official appearance together on Chaka Khan’s 1988 CK.

Prince is far more well-known than his catalog, and his Warner years remain the best introduction to his career.

4Ever’s playlist is like a grab bag with pop hits such as 1989’s Batdance and 1991’s Cream mixed with iconic artistic statements such as 1987’s Sign ‘O’ The Times and 1984’s Purple Rain. There are also the kinds of R&B bangers that soundtracked more than a few lit house parties a generation ago — 1979’s I Wanna Be Your Lover and 1986’s Kiss. This was Prince’s oeuvre.

And for fans willing to imbibe, they’re gifted at least one unreleased track, Moonbeam Levels, which was recorded during the sessions in 1982 that produced 1999. A performance of Nothing Compares 2 U with Rosie Gaines, originally recorded by Prince satellite group The Family in 1985 fittingly closes 4Ever. Prince’s genre-bending vision means that for every genre that we might try to box him and his collaborative formations — The Revolution, New Power Generation, etc. — his musical legacy presents an alternative.

When Prince first stepped onto the scene in 1978 with For You, with tracks such as the quirky Soft and Wet and quickly followed up with Prince (1979) and I Wanna Be Your Lover, he aggressively pursued a level of control over his music that was rarely granted to any artist, let alone one barely out of high school. Prince’s oft-cited tag — “Produced, arranged, composed and performed by Prince” — was a recognition of the struggles faced by previous generations of black musicians whose creativity and authorship was made invisible by an industry unwilling to grant black artists autonomy and credit, and a public unwilling to believe.

Even Prince’s self-styled racial ambiguity, especially for folk who didn’t understand that there were Negroes in Minneapolis not named Rod Carew or Chuck Foreman, was a concession to another scene — and their respective title tracks were perfectly pitched for the New Wave sound as represented in the United States by acts such as Blondie, The Police, Elvis Costello and The Talking Heads.

Prince’s self-styled racial ambiguity, especially for folk who didn’t understand that there were Negroes in Minneapolis not named Rod Carew or Chuck Foreman …

Prince was aware of all of the giants in the room: Parliament-Funkadelic, Earth, Wind & Fire, his less adventurous kindred Rick James, and even a group like Slave — acts at the top of their games musically, acts who understood the value of presentation. The funk scene was crowded and still largely defined by the kinds of black masculinity rooted in the era of Shaft (1971), Superfly (1972) and Truck Turner (1974). But that didn’t keep Prince from literally cock-strutting forward — in two-inch heels no less — as a metaphor for staying ahead of the game, and even setting the pace for how other black artists might imagine their music, their stage performance and their brands. And Prince’s unbridled expressions of that good-good, as screamed and murmured on tracks such as 1982’s Head and Jack U Off set him apart from most of his peers in any genre.

For those who’ve been running with Prince Rogers Nelson for the long haul — and that means by actually buying his music — 4Ever is essentially a repackaging of The Hits 1 and The Hits 2 minus the B-Sides featured on that boxed collection’s third disc, all released by Warner in 1993 as a contractual obligation from Prince. This new collection taken as a whole is breathtaking, placing in delirious context Prince’s inventiveness. Where the earlier collection seemed a culmination of something, in this moment, 4Ever feels like a new opening. The minefields Prince navigated in the late 1970s, the minefields he created in the mid-1980s and the minefields he reclaimed in the early 1990s demanded specific innovations (writing songs for a video music audience) and concessions (the incorporation of hip-hop).

Prince’s knowledge of the archive of black music, like that of his kindred Michael Joseph Jackson and his purple progeny Solange Knowles and Terrace Martin was vast. The James Brown and Funkadelic citations were easy, less so the nod to Gene Chandler and Parliament. Prince is far more well-known than his catalog, and his Warner years remain the best introduction to his career — taking nothing away from the last 20 years, which remain to be curated in a thoughtful manner. A major quip might be the lack of any of Prince’s ballads — International Lover, Insatiable, Scandalous to name a few — though perhaps a formal collection of Prince’s slow jams is something that awaits listeners in the near future.

4Ever is available in digital format on iTunes and Amazon, but for the analog generation for which that CD player in the car is still the platform of choice, that’s an option also (no word on the cassette option). And on an album released on what may have been the last Thanksgiving week before the apocalypse, 1999, a song that Prince released less than two years into another apocalyptic moment — the Ronald Reagan presidency — might give you some needed new life.

Mark Anthony Neal is the author of several books including Looking for Leroy: Illegible Black Masculinities and New Black Man. He is Professor of African American Studies and English at Duke University. His daughter Misha Neal will swim this fall for the University of Illinois at Chicago Flames, where she will major in Art History.

This Story Tagged: Music Prince 4Ever