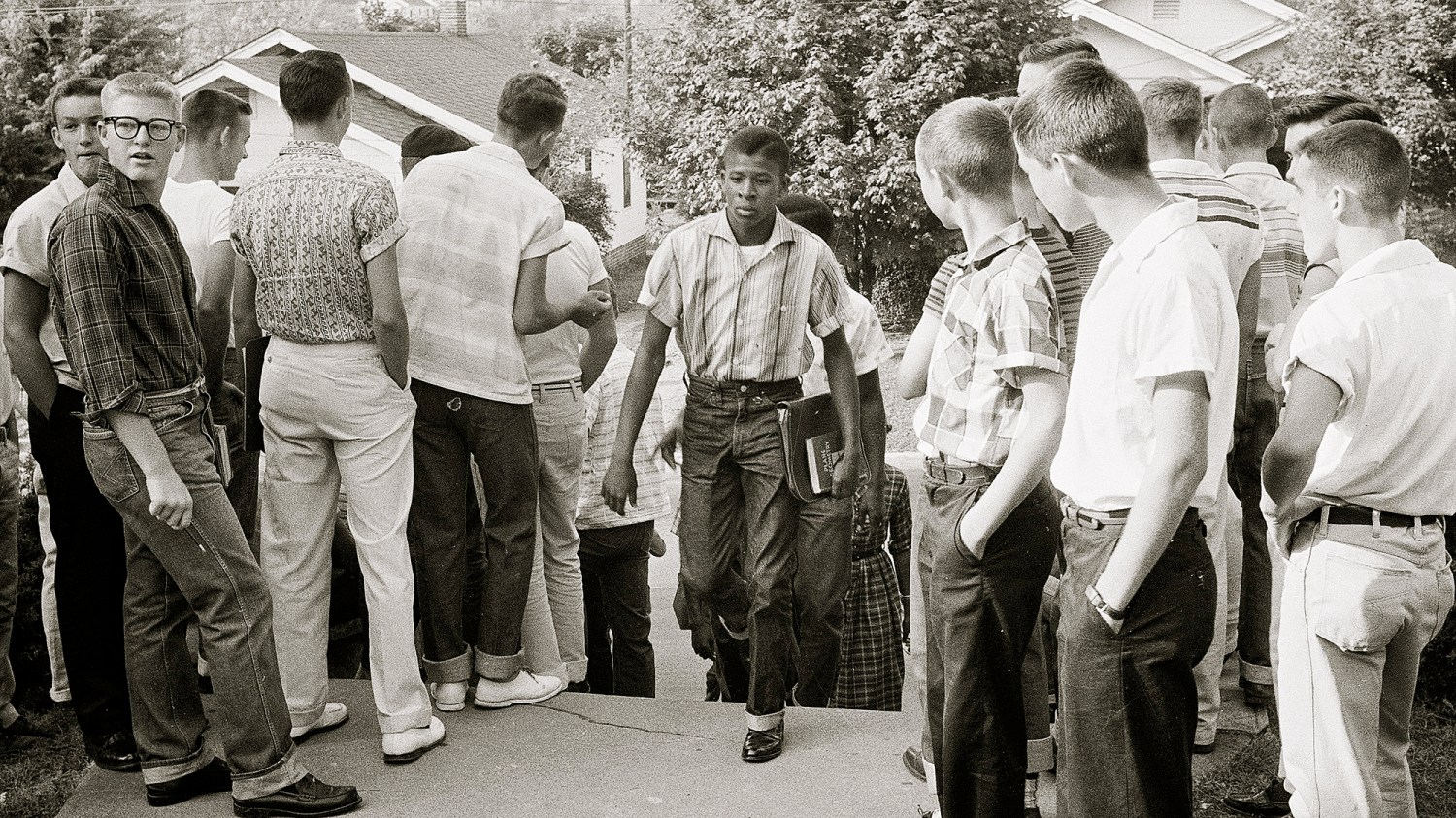 African American boy walking through a crowd of white boys during a period of violence related to school integration. Buyenlarge/Getty Images
Commentary

Pots & pans: Give all children a head start

On my first day, my mother walked me to school. But on my second day, my second day of first grade, my mother took me to the end of our narrow street and told me to turn the corner and walk to school with the other neighborhood children.

I like to think she touched me affectionately on the shoulder and pointed me in the right direction. But even if she didn’t, I knew where I was going. We lived on a one-way street. The path to success led away, and my journey was to continue at school, where I could heed my father’s instruction to “Learn them books, boy.”

So, I made my turn and joined what I remember as a river of black children, rolling along 15th Street in North Philadelphia. Many children, wore red sweaters, as if they were suits of armor dyed the color of cherry Kool-Aid.

And we’d enjoy opportunities previous generations of black people could not have imagined.

In 1954, the year I was born, the Supreme Court’s Brown v. Board of Education decision struck down the legal underpinnings of segregated public schools. That decision, so the elders thought, would ultimately free my generation of the constraints of institutionalized racism. The next year, the introduction of the polio vaccine freed us from the threat of a different kind of paralyzing scourge.

So despite our school making do without a library, auditorium, or gym, the students were ready to take bold and unfettered steps to learning. We had high hopes. The teachers had great expectations.

This year, as children begin to return to school across the country, I smile at my start-of-school memories. Although the beginning of school marks the end of summer, it also presages the transition from the summer to the fall in sports, baseball to football. Back to school also swings the door open to the best fall and winter holidays for children, Halloween and Christmas. I marvel at the promise inherent at the start of each new school year. And I’m not alone.

For example, a friend from upper Manhattan made her way to New York University in Greenwich Village and a working life of creativity and service, a journey best measured in hopes and dreams instead of miles and subway stops. My former colleague always looked at the first day of school and its magical moments as a time of new beginnings. “Anything can happen,” she’d say.

Across the nation, many of our schools, including the oft-maligned public schools, do a capable job of educating our children. As always, the great American innovators of the future are today’s school students. And most attend our public schools, which educate about 90 percent of the nation’s students.

But too many public schools, segregated by race and class, continue a decades-long and ignoble experiment: putting the poorest and most vulnerable students in the worse public schools and seeing how that turns out for them and our nation.

The answer, of course, is not well. Year after year, everyone from billionaire college dropouts to former military people have been consulted to save the most challenged schools; the so-called solutions have amounted to students doing what has not worked for them with more vigor while wearing uniforms and the stigma of poor standardized test performances.

We must do better.

As Hillary Clinton and Donald Trump campaign to become the nation’s next president, both promise to spend billions of dollars on America’s infrastructure.

Let’s start with strengthening the foundation of America’s intellectual infrastructure: the public schools. The bridge to a better future starts there.