Now wrapping up its second season, the unconventional late-night talk show has proven that it has something to say

When former Insecure showrunner Prentice Penny and comedian Sam Jay came together to create a late-night talk show under Penny’s overall deal with HBO, they had a few ideas of how they might approach it, and they struck gold when they decided to go with an informal format of Jay hosting friends at her house each week for drinks, food and conversation.

The idea to do the show came as Penny was thinking about all the social justice movements that were happening across America. At the time, HBO had talk shows with both John Oliver and Bill Maher, but there were no people of color, and Penny wondered why.

“This was pre-Ziwe and pre-Amber [Ruffin],” Penny said. “There were really just white men in this space.”

Penny had seen Jay’s comedy special, 3 in the Morning, and he knew he wanted to do something with her, but he wasn’t sure exactly what until they met. They vibed immediately, he said. 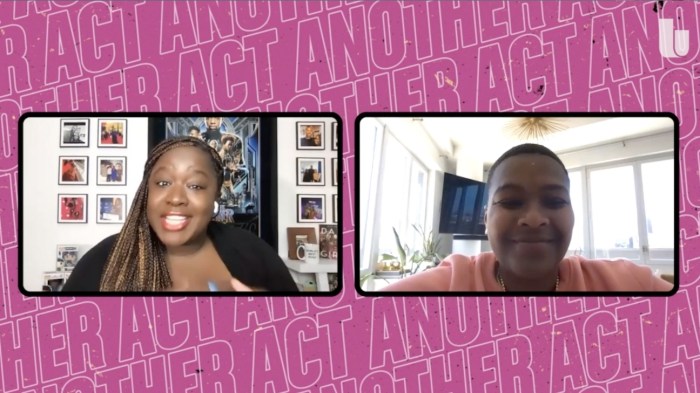 “Her point of view is like 360 degrees; it’s like, ‘Yeah, I can critique you, but I can also understand why you feel the way you do.’ That was really the heart of what I wanted to get at,” Penny said.

“Nobody is listening to each other right now,” he continued. “Everyone is yelling and talking at each other, but no one is having conversations. That’s where Sam’s greatness came in and made the show what it is.”

“We wanted it to feel honest to who I am as a person,” Jay told Andscape, adding that there were several iterations of the show before they landed on this casual format.

They briefly considered having a friend drive her around as they talked, and those talks would lead to the subsequent interviews on the show, but Jay believed that idea seemed contrived.

“Me and one of the writers were talking, and somehow we got into an argument about something, and I was like, ‘It should feel like this,’ and he said, ‘Yeah, this would be dope,’ ” Jay said.

The first episode of the show, which wraps its second season Friday night, focused on how Black people use the word “coon” toward other Black people. It was essentially a test for the format.

“We weren’t sure how it was going to work or if the concept was even workable, but it worked, and we were like, ‘This is the first episode,’ ” Jay said.

Penny, who is an executive producer on the project, added that Jay did not want to position herself as an authority on any topic, but rather as a participant in the discussion right along with her guests and the viewers.

“Being away from behind a desk and out with the people is always what we were pushing for,” she said.

The show has covered topics such as fame, the morality of money in America, addiction, infidelity and incarceration.

Jay credits Penny and head writer Langston Kerman for pushing her to take on topics that would ordinarily make her extremely uncomfortable.

It was Kerman who encouraged Jay to do the incarceration episode, which focused on her brother and how his life could have been different had he not gotten locked up.

“I’m like, ‘Yeah, my brother is in jail,’ and he [Kerman] is like, ‘Yeah, but how do you feel about it?’ ” Jay said, adding that Penny was also good at “pushing me to talk about my real feelings and not run away from things that are uncomfortable.”

If the first season was the test, then the second season was the fully actualized product. Jay pulled the curtain back on her own life, focusing an entire episode on her infidelity and its impact on her relationship with her fiancée, Yanise Monet, affectionately called “Ya.”

The choice to do the episode was very intentional, as Jay said they wanted Season Two of the show to be a lot more personal — something they felt was a natural progression after the success of Season One.

Jay described the episode, titled Breakfast at Julia’s, as “the episode that ruined my month.”

“That episode drug up a bunch of old feelings and caused turmoil in my home,” she said. “I cheated, and it was a thing, and it’s still a thing.”

Jay noted that people aren’t often seen talking openly about infidelity in relationships, even though it happens more often than they would be willing to admit.

Even as they were recording the episode, Jay still sensed there was something missing. Not including Monet’s perspective felt as though “there was a hole in the story.”

Monet’s participation in the episode happened as organically as all the conversations on the show itself. She happened to be sitting with Jay as Jay participated in a Zoom meeting with the writers room. The writers asked how she felt about Jay’s infidelity, and Monet hopped on camera and told them herself.

“We decided to just let her speak for herself. It was important to me because I had been trying to find a way to give her agency,” Jay said. “I didn’t want it to feel like I was using our story and that I was running it and not giving her a voice in it, so it was very important that she had agency in this for it to feel fair for me.”

Taping the episode was not easy for either of them, because as Jay put it, “We are still a couple going through things and we’re human.”

The feedback Jay received from viewers both via direct messages on social media as well as text messages from friends affirmed that she had done the right thing. 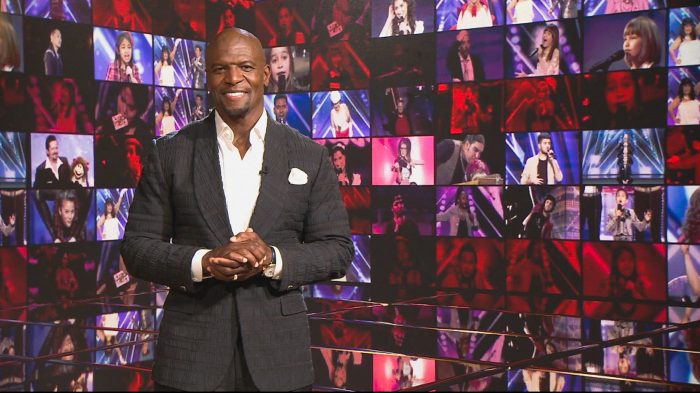 What should Black folk do with the word coon?Read now

Jay said Season Two has been tough overall, but she’s glad she took on the challenge. For her, it has all been worth it.

“In the incarceration episode, I got to say things to my brother that I had never told him before,” she said. “It was challenging, but we talked it out.”

Penny told Andscape that the biggest reason he encourages Jay to just go for it is because, undoubtedly, there is someone else going through the same thing.

“We don’t know Jimmy Kimmel or Seth Meyers personally,” Penny said. “What’s so cool about our show is not only do you get to talk about the issues that we talk about, but you also get to know Sam personally, and I think that connects the audience to the show in a different way. You are literally welcomed into her home and her life. I have never really seen that in a late-night format.”

For Jay, that part comes naturally because stand-up comedy is such a personal art form.

“You’re usually spilling all your business and sorting through it in front of the audience to try and make sense of it. It felt very natural for me in that way,” she said. “Behind the desk just wouldn’t have fit me, and Prentice always said whatever this show is, it has to fit like a fine tailored suit, and if it doesn’t feel that way, it’s not going to work.”