Patrick Mahomes has an opportunity to join another exclusive club

The Kansas City Chiefs star is already among the NFL’s most accomplished playoff passers; one more win will put him on another tier

KANSAS CITY, Mo. — The quarterbacks who have started in at least three consecutive Super Bowls form an exclusive club that could expand by one on Sunday.

The group’s members are among the most accomplished passers. In only his fifth season in the league and fourth as a starter, Mahomes has already proven he’s of their ilk. In some respects, he’s far ahead of his elders.

After masterfully directing the Chiefs’ stunning 42-36 overtime victory over the Buffalo Bills in the divisional round (the Chiefs won despite trailing by three points with only 13 seconds remaining in regulation when they took possession of the ball at their 25-yard line), Mahomes will become the youngest quarterback to start in four AFC title games, as well as four in a row.

His historic performance has been the biggest single factor in the Chiefs becoming the first franchise in NFL history to host four straight conference championship games. The NFC’s Philadelphia Eagles are the only other franchise to host as many as three consecutive conference championship games (2002 to 2004), which occurred when they were led by current Chiefs head coach Andy Reid.

Mahomes’ teacher is in awe of his pupil.

“He’s a nice guy. We all know that. He’s a good kid. … But down in there [in the heat of battle], he’s gritty and he wants to get after you every opportunity he has,” Reid said. “Most of all, he wants to be great and everyone around him to be great. He has the ability at that position to do that, and he’s not afraid to be coached.

“He’s not afraid to study hard. He’s not afraid to work out hard, go the extra mile with diet, strength training, all those things, flexibility. He goes and tries to do it the best he possibly can. And as a result, you get what you got there. What we’ve seen — we’ve been spoiled with for the last few years — [is] he’s a pretty spectacular player and we’re lucky to have him right here in Kansas City. So, to have the grit, that tells you a little bit about him. That’s something special.”

Under Reid, Mahomes has rocketed to the top of the NFL, and the postseason is the passer’s favorite time of the year. A quick review of Mahomes’ career reveals the reason. 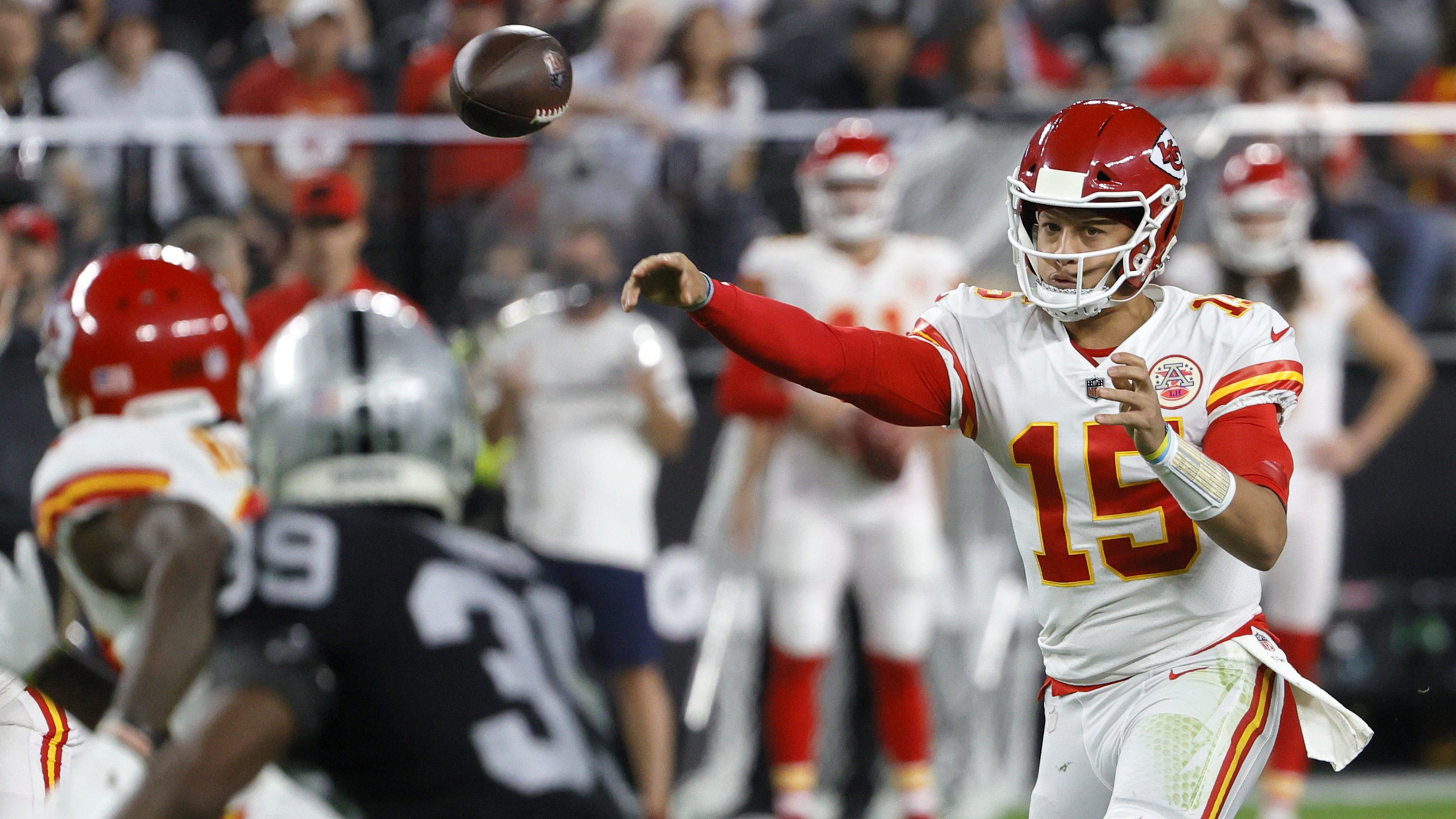 Mahomes’ historic start has prompted many NFL legends to reimagine what’s possible from the quarterback position.

“Everyone has got a thought about Patrick Mahomes,” the Hall of Famer said. “This guy is so gifted and he can make so many plays for ya in so many different ways. With Mahomes, what’s so unusual is that he … he can just do everything. He can get out of the pocket and make a play, and he’s shown he can throw on the run and make things happen. He also does it from the pocket. He’s just a gifted guy.”

‘Not many people I’ve ever seen, especially this early in his career, can do the things he’s done’

Considered among the greatest offensive playcallers in NFL history, Shanahan, while serving as the San Francisco 49ers’ offensive coordinator in the early 1990s, helped Steve Young develop into a Super Bowl-winning quarterback and a future Hall of Famer. Then as the coach of the Denver Broncos in the late 1990s, Shanahan partnered with another future Hall of Famer at the game’s most important position, teaming with John Elway to win back-to-back Super Bowl titles. When it comes to the art of playing quarterback, Shanahan’s bona fides are beyond reproach.

Mahomes does things on the football field that Shanahan never deemed possible.

“What separates him is his ability to extend plays. He extends plays better than any quarterback I’ve ever seen,” said Shanahan, also in an interview for the forthcoming book, Rise of the Black Quarterback. “And to have the accuracy that he has [on the move] is just … I’ve never seen anything like it. He’s also just got a great feel for the game. Not many people I’ve ever seen, especially this early in his career, can do the things he’s done. No way.”

Already in rare company, Mahomes has a knack for finding new ways to impress. And with two more victories this season, he would move even farther in front of the pack.