This season, ‘P-Valley’ gave us the best couple on TV

Created by Katori Hall, Starz’s P-Valley is a revolutionary show. It depicts the reality of life in the Deep South, especially for Black sex workers, Black trans and nonbinary people, and Black queer men. In the eyes of many, it’s one of the best shows on TV right now. But it also features one of the best couples on TV — Uncle Clifford and Lil Murda.

Uncle Clifford, a nonbinary person who uses she/her pronouns, is the owner of The Pynk. It’s a strip club that serves as a second home and refuge for many of the characters on the show, for whom dancing is a way to express themselves creatively, find community, and survive in the economically depressed city of Chucalissa, Mississippi. Uncle Clifford is a fashionista, seamstress, house mother, dancer, advice guru, and devoted grandchild of Granmuva Ernestine (Loretta Devine). Lil Murda is a rapper on the rise who has not revealed publicly that he is a gay man, a culinary talent, fashionable in his own right, and a member of the gang Hurt Village Hustlas.

Uncle Clifford (Nicco Annan) and Lil Murda (J. Alphonse Nicholson) are both two of the most dynamic and unique characters we’ve seen in a long time. Their layers and complexity make their shared romance so tender, real, and magical. In a world where positive portrayals of Black queer men and nonbinary people are scarce, these characters and their love story are a breath of fresh air. 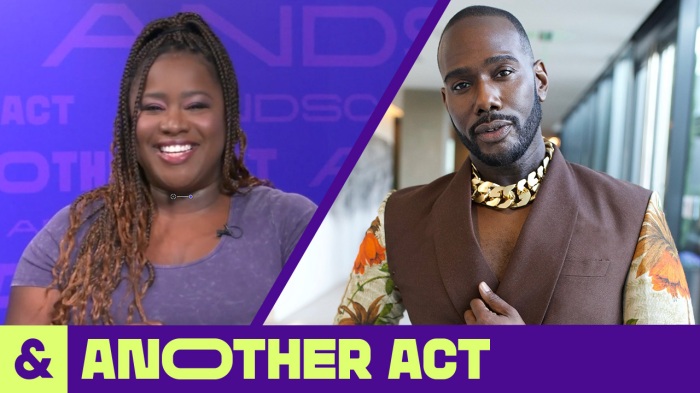 “Obviously, I’m biased. But I think it’s one of the greatest relationships we’ve ever seen on television,” Nicholson told Andscape. “Both of these characters are iconic in their own way. And so when you bring them together, there’s this incredible energy that happens.”

Nicholson credited Hall — who won a Pulitizer Prize for drama in 2021 for The Hot Wing King, a play that examined Black masculinity through a loving gay couple — for her ability to authentically speak to Black queer and nonbinary experiences. “I was grateful that what she put on the page was authentic to that community as well,” he said. “Like any other character, you know what love is, you know what a heartbreak is, you know what attraction is.”

So often, when we see Black queer characters on screen, their queerness becomes their defining trait. P-Valley bucks that tradition, imbuing its characters with the richness that is usually only afforded to heterosexual couples. Although Lil Murda must keep his identity as a gay man secret for his own safety and success in the rap world, he is not filled with the internalized shame that often becomes externalized as violence or degradation toward his sexual partners, including Uncle Clifford. Instead, he’s tender and respectful. 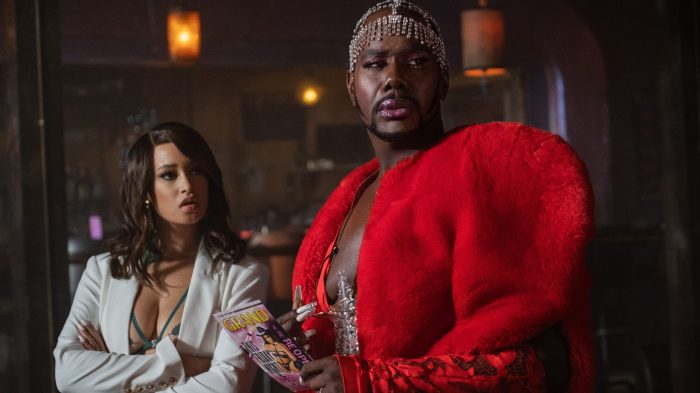 “It’s no domination there,” Nicholson said. “Lil Murda learns a lot from Uncle Clifford on the daily. I think he sees himself in her as well, as far as being determined to get somewhere, being a protector, looking out for your people. And obviously, they both have that kind of flamboyant, flashy style in common.”

Unlike many queer storylines, the romance between Uncle Clifford and Lil Murda wasn’t revealed in later episodes for shock value. Their attraction was evident from the first episode of the show when they had a heated rendezvous in the Paradise Room of The Pynk. From there, the pair quickly developed a cute courtship, where Lil Murda met Uncle Clifford’s grandmother and decorated a car with twinkling lights for a date night. Also, who else’s heart melted when Lil Murda winked at Uncle Clifford from the stage?

Love is intrinsic to each P-Valley character’s storyline, and almost nowhere is that clearer than with Uncle Clifford and Lil Murda. It’s such a deviation from usual storytelling to have a Black queer man and a Black nonbinary person have the healthiest romantic relationship on a TV series, but they are unquestionably the sweetest pairing on the show.

“I think it is absolutely beautiful and necessary,” Annan said. “That relationship shows something that is reflective in all of our relationships. If you are outside of the [LGBTQ] community, I think you also get to see some of the machinations that happen within couplings that normalize it for you, whether that is them arguing, whether it’s them loving each other.”

Nicholson also appreciated the ability to be part of an on-screen queer couple that is “not toxic.” He pointed out that the characters don’t even really argue. “They’re like love spats that ultimately help them grow closer and learn,” he said. During the season two finale, the pair shared a dream-like — but very real — kiss on the dance floor at the Pynk, with Lil Murda finally ready to live his truth in the light and Uncle Clifford finally ready to let go of her fears and trust love.

Notably, there is no violence or degradation in their storyline. At the end of Season One, Lil Murda dismisses Uncle Clifford during a business meeting with Rome (Blue Kimble), whose anti-trans insults toward Uncle Clifford get under his skin. But Lil Murda doesn’t resort to slurs or humiliation when Uncle Clifford comes by the table later in the scene. Instead, he brushes her off, which is hurtful, but not destructive. Ultimately, Uncle Clifford decides that she doesn’t want a relationship where she’s relegated to the shadows, but Lil Murda didn’t leave her broken. The time they took apart allowed them both to grow as people in healthy ways.

“When you make that choice of it not being violent, you allow for the space to resonate for both characters,” Annan said. “You get to see Uncle Clifford say, ‘You are not ready for it. Let me know when you are. Until then, you know where the door and the window is.’ But you also allow this space for Lil Murda to kind of figure out, ‘How do I fit in this world?’ ”

Part of what makes their coupling so electric is the trust and respect that Nicholson and Annan have built in their friendship and working relationship. 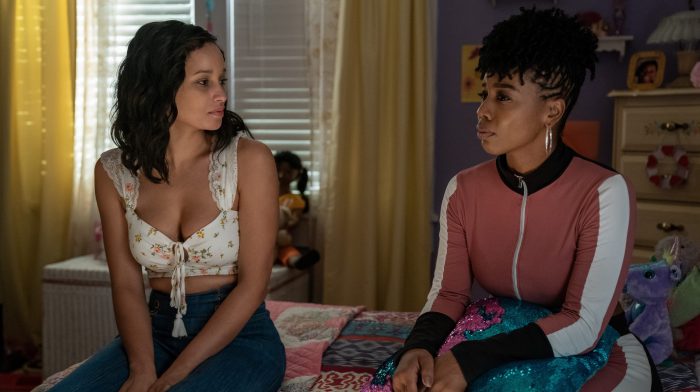 “Nicco is a wonderful person,” Nicholson said. “We’ve been able to build a great brotherhood and great friendship. As artists, we’re really dedicated to the story that we’re telling.” As a heterosexual man, Nicholson said, he made sure to listen and learn from Annan to gain better clarity on aspects of the story and character. “He helps me understand some things that I may be ignorant to or may not be familiar with at all.”

Despite the love story between them, some viewers were upset about the sex scenes between Uncle Clifford and Lil Murda, and also the love scene between Lil Murda and Big Teak (John Clarence Stewart), which involved two masculine men having sex. Annan said that that kind of reaction is immature.

“People got so rattled by it because the heteronormative construction they built up about what relationships are got rattled,” he said. “I think people get caught up and fascinated by the relationship because of the dance between Lil Murda’s hypermasculinity and Uncle Clifford’s hyperfemininity. Have you seen it before? Maybe or maybe not, but I guarantee you, it has always existed. It still exists to this day.”

Nicholson anticipated the reaction from viewers, but believed it was so important to be authentic in the intimate scenes. “I didn’t wanna seem too nervous or too jittery,” he said. “I wanted people to sit at the edge of their seats and believe every moment, feel every moment. As an artist, you got these words, you got my eyes, you got my heart and I’m gonna give it all to you every time.”