Raised in New York by immigrants from Ivory Coast, the veteran center joined the long line of NBA players of African descent working to grow the game on the continent

There was a 7-foot man anxious to get off the plane when it landed in the Ivory Coast at the Félix-Houphouët-Boigny International Airport last August. It had nothing to do with being an uncomfortable giant on a plane, nor feeling air sick. Rather, the New Yorker was excited that his dream of finally coming “home” to the Ivory Coast in Africa was finally coming true.

“I was just like, ‘Yo, everybody in here is Black,’ ” Bamba told Andscape. “This is the first time I’ve ever looked around and not felt like a minority. I felt a sense of safety. You really do feel that sense of home. I looked at my agent, Greer [Love], when I got off the plane and I said, ‘Yeah, this is home.’ ”

Through The Mo Bamba Foundation, Bamba unveiled a new basketball facility in August at the SOS Village Abobo-Gare in Abidjan, Côte d’Ivoire, about 10 miles from where his extended family reside. The facility gives roughly 200 children access to two basketball courts. Bleachers and stadium lighting are in the next building phase.

Bamba primarily credited Mahama Coulibaly, president of the Ivorian Basketball Federation, for the project coming to life. The Mo Bamba Foundation says it also helped fully rehabilitate electricity and plumbing throughout the village.

“I have known Mohamed’s father, Lancine, for a long time, and it has always been a dream of ours to one day have his son come back to Africa and inspire our Côte d’Ivoire community,” said Mamadou Haidara, U.S. Ambassador to the Ivory Coast. “Every time the Orlando Magic are in [Washington] D.C., Mo has made a special effort to visit with me postgame to talk about ways to move this plan forward. We are very excited about the impact that this is going to have both locally and nationally.”

“I’m born and raised in Harlem, but we’ve always had that strong African background. We never strayed away from who we really were as people.”

Mohamed Bamba was born in New York City on May 12, 1998, and grew up in Harlem where basketball is beloved. His upbringing from his parents was more African centric. His father, Lancine Bamba, and mother, Aminata Johnson, both immigrated to New York City from the Ivory Coast. Mo Bamba also has grandparents who hail from Mali.

The Bamba household always had African food such as kedjenou (slow cooked chicken and vegetables), acheke (cassava side dish), alloco (plantains), fried fish, tomato soup, white rice, and West African peanut stew. Mo Bamba said he used to get teased for being African during his youth, but eventually grew to have strong pride in his ethnicity and family history. He also is a Muslim, learning the religion from two devout Muslims parents.

“I’m born and raised in Harlem, but we’ve always had that strong African background,” Bamba said. “We never strayed away from who we really were as people. And my family was big. I was blessed to grow up with my mom and dad, but I have two brothers and three sisters. Two of my sisters, I’ve never known. They were in Mali, but the rest of us were all in Harlem and we grew up there and we ate African food. We also ate American food. So, it was just a true assimilation of both cultures.

“Your parents always tell you these, not necessarily folk tales, but they tell you these stories about your grandfather and your uncles and everything in Africa. So, I thought that was pretty cool. But I didn’t really embrace my African heritage until my mid-teens.” 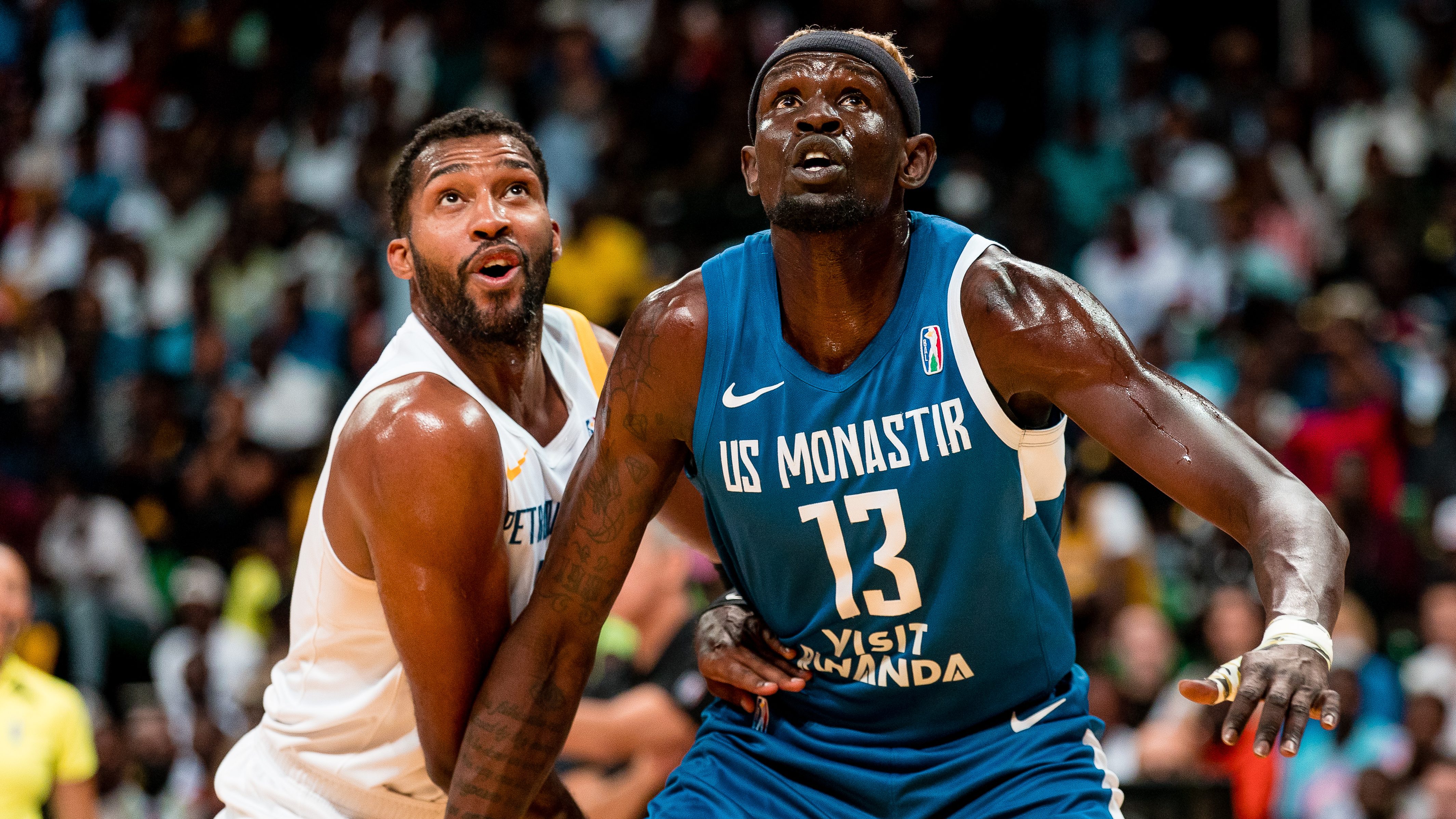 Mo Bamba also began playing basketball in Harlem as a 6-year-old and became a McDonald’s All-American in high school. The former University of Texas star was drafted by the Magic with the sixth overall pick in the 2018 NBA draft. Injuries, depth at the forward position and slow development have played a role in him not living up to his high draft selection. In his fourth NBA season, Bamba is averaging 8.1 points, 5.4 rebounds and 38.4 percent shooting from 3-point range entering Friday’s game against the Washington Wizards.

“He is playing well,” Mosley said. “He’s been a defensive presence not only in shot blocking and rim presence, but also offensive rebounds and shooting the ball from 3.”

The game of basketball is growing steadily in Africa, and Bamba hopes to make his mark in promoting the game there.

Bamba can also be added to that list with his basketball gift to the Ivory Coast that has been dreaming about since his rookie NBA season.

“I want to give a lot of credit to Mahama Coulibaly,” Bamba said. “He was pretty much just like the feet on the ground there, helping us scout the court, see what court would be best to do things on, who are the right people to get in contact with, with building the court, talking to the minister of construction, making sure we get the proper permits and everything. It was quite the process, but for the most part, it was really smooth and really well received.” 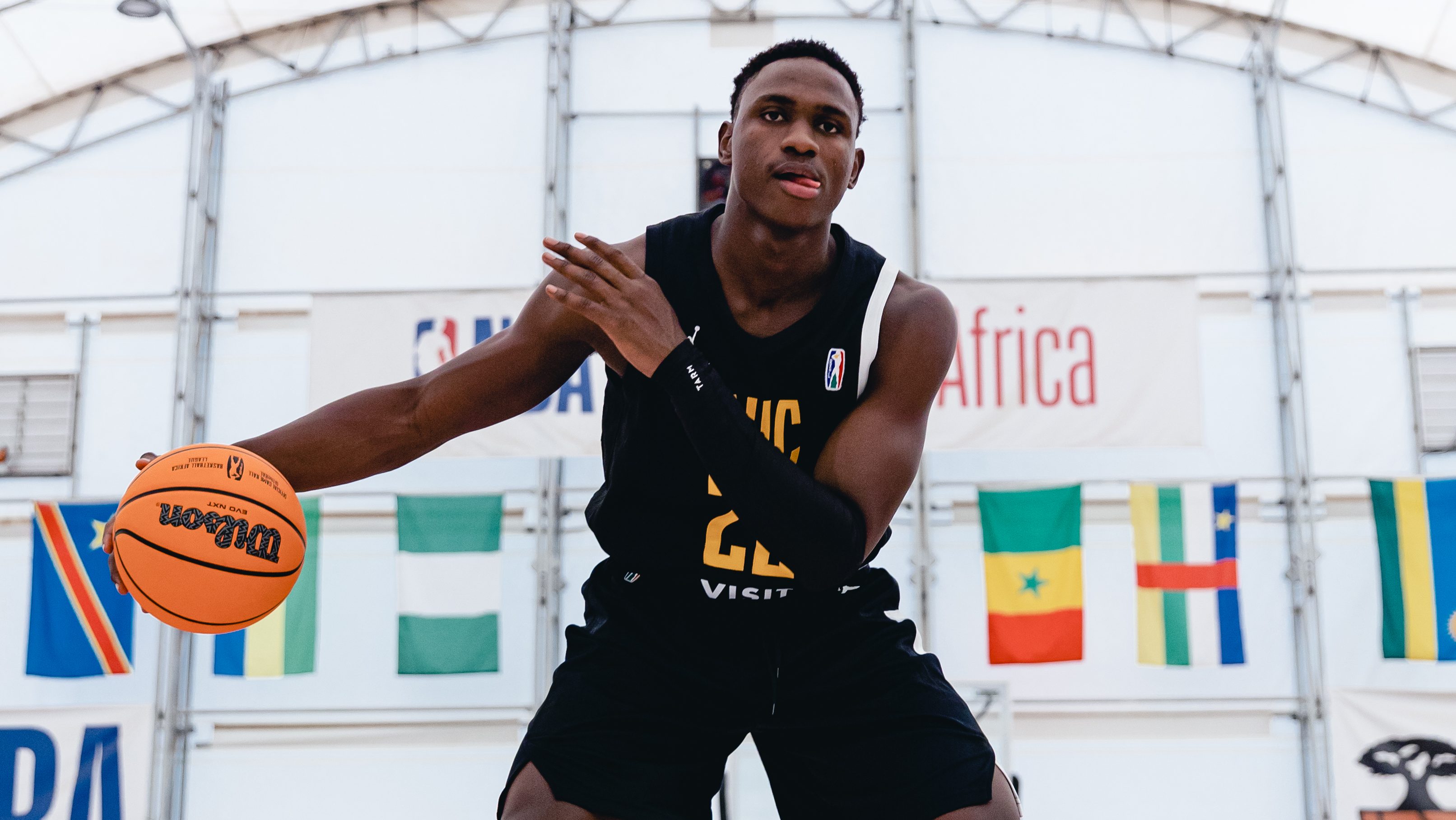 Bamba fondly recalls seeing about 500 people at the airport when he arrived. He marveled and felt beauty seeing so many dark-skinned Africans who looked like him and felt like “family.” After the crowd got overwhelming, Bamba and his group, including his mother, took transportation quickly to their nearby hotel for the night. Bamba was able to see his family members in the Ivory Coast, who were primarily about 40 minutes from the airport.

Bamba and his mother, however, also yearned to see his relatives on his mother’s side of the family in neighboring Mali to the North. He hoped to fly some relatives from Mali to the Ivory Coast. But it became too challenging to get the needed government documents to make it happen.

Several of Bamba’s family members in Mali rectified the situation by driving 20 hours to see him. Some came by motorcycle. A deeply appreciative Bamba rented a mansion to house all his family members for a week-long reunion to the delight of his mother.

“My niece said, ‘Yeah, when we got over the border, we had to hop on the back of a motorcycle,’ ” Mo Bamba said. “And I was just like, ‘This would never fly in America. There’s no chance…’ There was another group coming down later, but their trip was a lot smoother than the other group. But it all ended up working out really well. We got an Airbnb in the Ivory Coast.

“It was a huge house, everyone stayed there, and it was just basically a huge vacation for my mom. But it was not a vacation for me, by any means. We were probably on the clock every other hour of the day.”

Bamba also the spent that week meeting with several Ivory Coast dignitaries where he gave gifts and expressed his gratitude. He also collected over 100 pairs of basketball shoes from his Magic teammates, many size 12 or larger for taller players, and 100 high-performance insoles from Move Insoles to donate to the Ivory Coast basketball development program. Bamba also spearheaded a COVID-19 vaccine awareness program alongside former Haidara to encourage the community to get vaccinated.

But the biggest gift Bamba gave long-term was the outdoor basketball court, which is near an orphanage and fenced in for good reason.

“This court needs gates around it, so goats don’t come in just migrate on it,” Bamba said.

Bamba’s next stop was Cairo, Egypt, where he was a counselor at the Basketball Without Borders Africa camp from Aug. 28 to Aug. 31. Bamba called Egypt “fun” with a “different, Middle Eastern vibe.” He also has interest in playing for the Ivory Coast’s national men’s basketball team in the future.

Whether it was the kids at Basketball Without Borders or on the dedicated basketball court in the Ivory Coast, they had a major impression on Bamba that will last a lifetime. He plans on coming back to the Ivory Coast and other African countries for more memories in the future. Bamba also hopes to inspire more Americans to tour the African continent, too.

“People said, ‘Oh, you did so much for the kids,” Bamba said. “The kids are really happy. You poured so much into the kids.’ But what people are overlooking is how much the kids have poured into me. Every smile was just so big. It was from cheek to cheek, and I was just happy to see it.

“Staying connected is making a commitment to trying to get back there every year. I don’t know what point of the summer I want to get back there, but I definitely want to spend more time there. A week is not enough time there. Honestly, it’s a really good spot to just vacation, too.”