One year after nearly dying, Jackson State’s Deion Sanders is on a mission to dominate

JACKSON, Miss. – Jackson State University coach Deion Sanders isn’t the kind of person who dwells on milestones such as anniversaries or birthdays; he’s too busy living in the moment.

So if you ask his thoughts about Sunday, the one-year anniversary of his return to the Tigers sideline after having the first two toes on his left foot amputated, spending 23 days in the hospital and nearly dying, his answer shouldn’t be a surprise.

“I don’t get caught up in stuff like that,” he said. “But I have reminders, like when my foot is throbbing or I stand too long.” 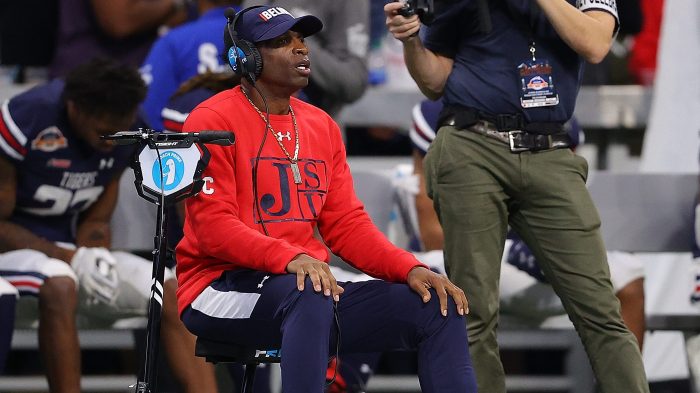 This season, Sanders has led Jackson State to the first 10-0 start in school history after a 27-13 victory Saturday over Alabama A&M in the Gulf Coast Challenge in Mobile, Alabama.

Aside from a slight limp and a small, portable stool he occasionally sits on during games, an observer would never know the trauma Sanders experienced last year.

His players and coaches do, though, and many remain amazed at his recovery.

”I ask him all the time how he’s doing,” said linebackers coach Andre’ Hart, one of his closest friends. “He says he’s hurt every day, like it’s painful for him every day. That cat knows toughness. I just don’t know how you do that. Them toes been with you all your life, and then they’re just gone. That’s crazy.

“I used to worry about somebody bumping into his leg so I could hear him cuss for the first time ever.”

Sanders, the only person to play in a Super Bowl and a World Series, built his Hall of Fame football career on speed and athleticism.

His new reality has robbed him of the ability to run, so he starts most mornings with a workout on an elliptical machine in his office.

Sanders also uses a row machine, which sits in the hallway outside. He finds joy in riding a bike, whether it’s around campus or city streets, as he did in downtown Houston before Jackson State beat Texas Southern 41-14 on Nov. 5.

“He’s more resilient than I ever could’ve imagined,” said Hart. 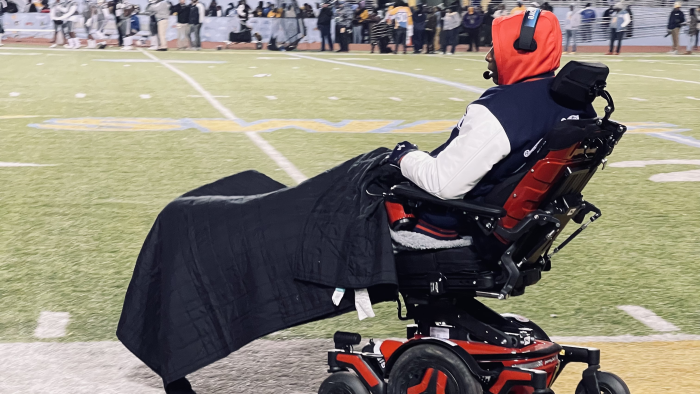 Sanders’ odyssey began in September 2021, when he had toe surgery to repair an injury he suffered while playing with the Dallas Cowboys nearly 25 years ago.

He returned to practice a day later. The next month, though, his life changed forever.

While changing his bandage, trainer Lauren Askevold noticed two of his toes were black and insisted Sanders get his foot examined immediately.

Doctors admitted Sanders to the hospital right away. He had three blood clots in the arteries of his left leg from the back of his calf to his ankle, which dramatically reduced blood flow to his foot. Ultimately, Sanders needed eight surgeries in three weeks to save his leg.

“To go in the hospital and see him helpless threw me off, because I’ve never seen him like that,” said defensive backs coach Kevin Mathis, who played with Sanders in Dallas. “He’s always been like Superman.”

Sanders returned to the sideline for Jackson’s State’s game against Southern on Nov. 13, 2021, and coached the game from a motorized wheelchair.

Quarterback Shedeur Sanders threw touchdown passes of 13 and 50 yards respectively to Malachi Wideman as JSU took a 21-17 lead with 1:31 left. Safety Shilo Sanders, the coach’s other son, clinched the victory, the Southwestern Athletic Conference East title and JSU’s first win over Southern since 2013 with an interception.

“I just remember the resilience, the never-give-up attitude,” said safety Cam’Ron Silmon-Craig. “He’d talk to us and let us know that he was still fighting, but the word that keeps coming to my mind is resilience. It wasn’t even the coaching part at that point. He was more of a symbol to us to keep fighting.”

Jackson State beat Prairie View in the SWAC championship game before being upset by South Carolina State in the Cricket Celebration Bowl.

That’s why Sanders has made this season all about making history and dominating opponents. JSU has won all but one of its games by double digits.

“He’s back to the old Prime. Now I think he’s on a mission, and you can kind of see it,” Mathis said. “He knows the goal, and he’s making sure there’s no slacking.

“He’s on point with the little stuff, and he’s got everybody buying into what we’re trying to do.”