One reason for black people to root for Tom Brady

All eyes are on Tampa Bay’s new quarterback, and its diverse coaching staff

Bruce Arians is the reason black folks should root for Tom Brady, who officially signed with the Tampa Bay Buccaneers on Friday.

Maybe you can’t stand the idea of Brady hoisting the Lombardi trophy for the seventh time in February. But that would be a small price to pay if it means Tampa Bay’s coach also gets the title of Super Bowl champion head coach.

Like Andy Reid, who finally won his first Super Bowl title as head coach of the Kansas City Chiefs last season, Arians is a beloved coach leaguewide. Arians, 67, is known for his Kangol hats and aggressive offensive style characterized by his slogan “no risk it, no biscuit.” But that’s not the reason I am an Arians fan.

I love that he has been deliberate about addressing the lack of diversity in coaching.

“I think it’s good for the game,” Arians told NFL.com in September. “I just saw the inequality in it and tried to do something about it.”

The women on his staff, Lori Locust, the assistant defensive line coach, and Maral Javadifar, assistant strength and conditioning coach, aren’t the first women Arians has hired. Back in 2015, when Arians was the Arizona Cardinals head coach, he hired Jen Welter as an assistant coaching intern for training camp, making her the NFL’s first female coach.

Arians, who has been passed over for head coaching opportunities that he thought he deserved, knows biases play a role in the hiring process.

“I guess that’s part of it too,” he said, “to give people of quality opportunity. Regardless of gender or race.”

Arians grew up in York, Pennsylvania, where his closest friends were black and race relations were anything but harmonious. He went on to play quarterback at Virginia Tech in the 1970s and became the first white player to have a black roommate. (That roommate was James Barber, father of Tiki and Ronde Barber.) Running the wishbone offense as a senior, Arians ran for 11 touchdowns, a school record until 2016.

He has gone on to a successful NFL coaching career during which he has been named AP coach of the year twice and won two Super Bowls as an assistant. He is considered a “quarterback whisperer” because of the success he’s had with big names, including Peyton Manning, Ben Roethlisberger and Andrew Luck, to name a few. 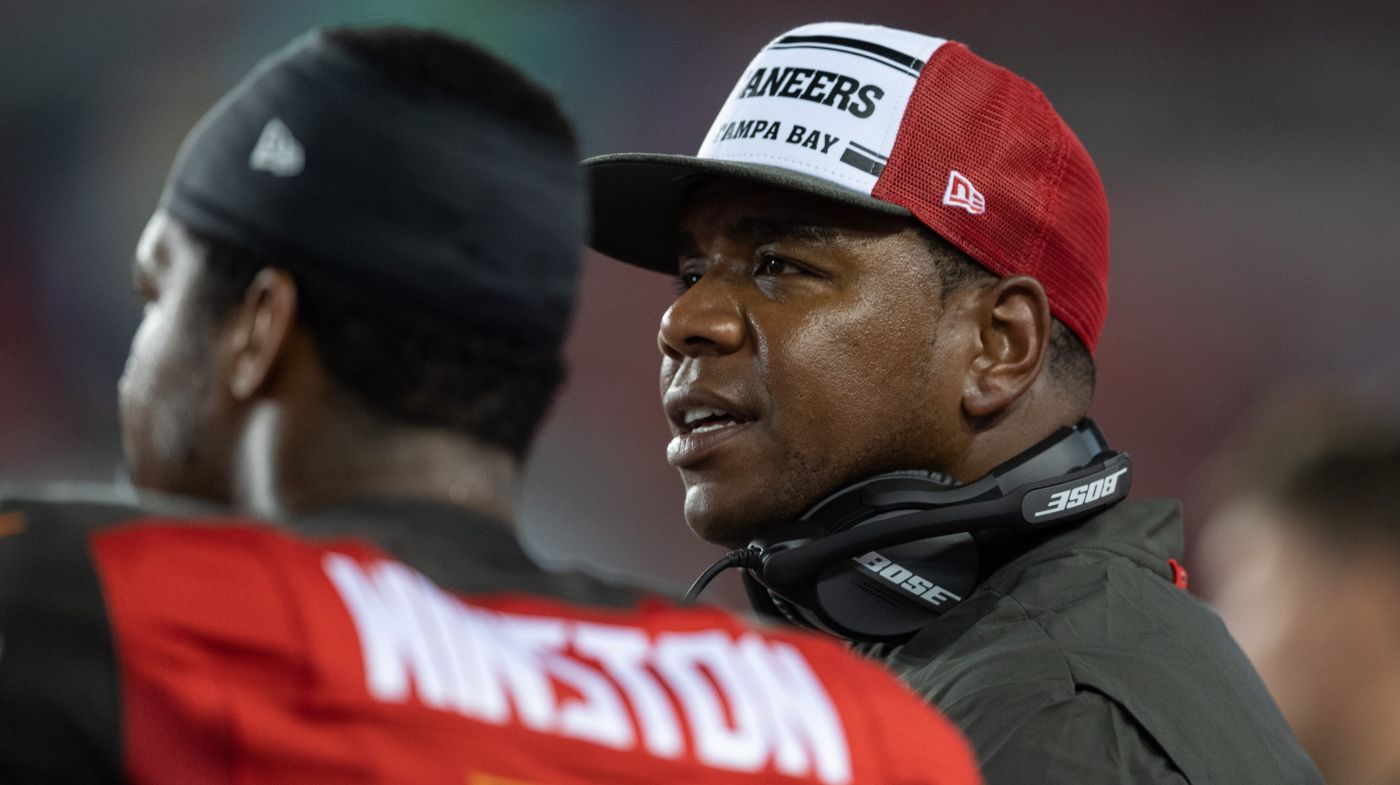 Bucs’ Byron Leftwich is a coach on the rise: ‘I feel like this is what I was meant to do’ Read now

Now all eyes will be on Arians and Brady.

Leftwich, another former quarterback for Arians, is in a particularly important role, seeing as he is the offensive coordinator and playcaller. Arians has been an offensive playcaller for most of his long career, but decided to hand the responsibility over to Leftwich last season (1) because Leftwich is qualified and (2) to remove any excuses for Leftwich’s potential employers. Arians hired Leftwich into the position that most commonly leads to a head coaching job in the NFL and is rarely held by black coaches.

This season, Arians will trust him with the greatest of all time.

The success Arians and the Buccaneers could have with Brady won’t solve the issues of diversity on NFL coaching staffs. But it would shine a little light on one of the most diverse staffs in football. It would also give us all the opportunity to celebrate Bruce Arians, the social justice warrior.