The powerful ‘Ohio State Murders’ is closing much too soon

Suzanne Alexander, much like the woman who created her, has been waiting for a small eternity to be heard.

Alexander, the character at the center of Ohio State Murders, is the brainchild of Obie-winning playwright Adrienne Kennedy, 91. Kennedy, one of the titans of the African-American dramatic canon, finally made her Broadway debut in December with this production.

When we meet Suzanne, she is giving a talk at her alma mater decades after the institution tried its best to suppress the many ways it failed her. Played by Audra McDonald, Suzanne is a writer, one who has a tendency to play in the dark—themes, characters, imagination. Her imagery is often violent, and Suzanne has been invited to explain why. In doing so, she takes us to the Ohio State campus of 1949, where a few Black students dot the otherwise buttermilk population of the university, where Negro students, as they’re known then, must clear a rigged set of hurdles to be worthy of entering the English department. Suzanne soon dazzles her professor with her word wizardry and insights into Thomas Hardy, and this marks the beginning of a misfortune she’s too young and naive to see coming.

McDonald portrays Suzanne as both a young college student and as the accomplished writer making an academic homecoming. (Ruby Dee had the role when the play premiered at the Great Lakes Theater Festival in 1992.) She gives Suzanne a high-pitched feminine lilt, proceeding with prim matter-of-factness as she tells the story of her life at Ohio State. Though the show is closing prematurely on Jan. 15, I am loath to spoil its gasp-inducing reveal. The play is so much more than that — it is a kind of testimony, as indicated by the many barrister bookcases that populate the set, designed by Beowulf Borritt. Beyond the bookcases, a chasm looms, cold, silent, dotted by snowfall.

At 75 minutes, Ohio State Murders is short but not quick. Director Kenny Leon guides this production with simplicity and restraint, melding the voice of Kennedy with that of Suzanne. Before the opening curtain, audio of Kennedy being interviewed fills the house until Suzanne enters, and a mystique is woven through McDonald’s controlled elocution. Where does Kennedy end and Suzanne begin? Kennedy, like her writer protagonist, attended Ohio State. And so complete is her portrait of Suzanne’s life, decisions, and thinking that one wonders if the play is a work of autofiction, a blurriness that Leon’s direction encourages.

The Broadway opening and closing of Ohio State Murders, like the mounting of Alice Childress’s Trouble in Mind, arrived far too late. Childress’s Trouble in Mind finally had its moment in 2021 after producers nixed it in 1955 when Childress refused to make it less discomfiting for white people. And that was in the first half of a season in which Broadway was stumbling back from the mandated closures of the coronavirus pandemic, a season programmed after the pressure cooker summer of 2020 in which many white people briefly opened their eyes to the realities of Black American life and their less-than-flattering roles in it. 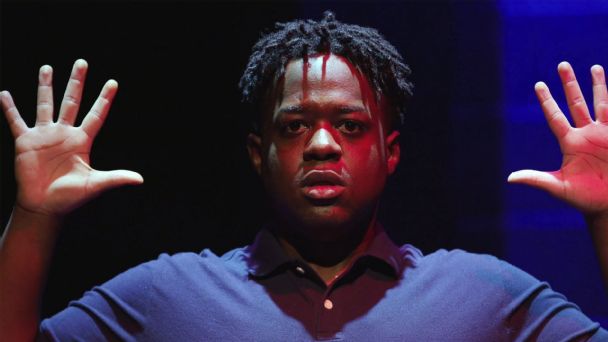 Commercial theater in New York has yet to rebound from the devastating effects of the pandemic, and off-Broadway isn’t doing much better. See: the blink-and-you-missed-it runs of KPOP and Ain’t No Mo’. But the premature closing of Ohio State Murders is harder for me to take, both as a professional witnessing two of the greatest living American theater artists go underappreciated, and personally, as a Black woman frustrated by the lack of appetite for Black artistic truth that is quiet and haunting, rather than high-octane razzmatazz. It’s not an unreasonable desire—after all, audiences flocked to see Mary-Louise Parker in The Sound Inside, which, like Ohio State Murders, features a female academic at the center of a quiet mystery that reels its audience into its slow-moving but ultimately devastating developments.

The theater that houses Ohio State Murders, formerly known as the Cort, was recently renamed for James Earl Jones, where the actor  made his Broadway debut in 1958. Ohio State Murders was the first work staged there under the new name. The Lena Horne Theatre, formerly named for theater critic Brooks Atkinson, was renamed for the late actress and singer in 2022 as well. Both joined the August Wilson Theater, which got its moniker in 2005.  These measures are surely positive and certainly overdue.

But I hope the owners of Broadway houses recognize the atmosphere they helped create, one in which not a single Black woman has won a Tony for playwriting despite a plethora of worthy material, including works by Kennedy and Childress. They have primed audiences to see Black women as feisty and fierce, high priestesses of soaring voice and indomitable stage presence. The delicate, vulnerable interiority of Suzanne Alexander lasted five short weeks. But her nonagenarian progenitor continues writing. Kennedy’s devotion, grace, and faith in her craft, in her value, in her sharp, poignant, uncomfortable ideas,  is its own kind of unextinguished ghost light. The path may be dim, but somewhere, on Broadway, there’s a place for us.