The Spartans are looking to make their second straight NCAA tournament appearance, while the Bison women are hoping to end a 21-year drought

Norfolk State senior guard Joe Bryant remembers the hurt he and his fellow Spartans felt when the final buzzer sounded in Bankers Life Fieldhouse on March 20, 2021. With that buzzer, Norfolk State’s NCAA tournament experience ended in the round of 64 with a 98-55 loss to No. 1 seed Gonzaga. Now, Bryant wants another chance. First stop, the Mid-Eastern Athletic Conference (MEAC) tournament.

“Once you get a taste of something, you always want it again. That was our first time going to the Dance and the guys who returned from last year wanted to get back,” Bryant told Andscape. “So this offseason we put the work in, staying in the gym, staying ready, executing game plans [coach Robert] Jones gave to us.”

Bryant, a Norfolk, Virginia, native, was named MEAC Player of the Year this season, an award he didn’t think he would ever win when he arrived at Norfolk State in 2018. The 6-foot-1 guard went from averaging just 8.5 minutes and 2.4 points per game during his freshman season to leading the conference in scoring his senior year, averaging 16.8 points. Last season, the Spartans won the MEAC tournament as the No. 2 seed. Bryant’s progress this season has been vital to the Spartans winning their second consecutive regular-season conference title and clinching the No. 1 seed in the MEAC tournament, which begins Wednesday.

“Usually when a freshman doesn’t play that much, they leave,” said Jones, who was named this season’s MEAC Coach of the Year. “It’s no secret that’s why the transfer portal is the way it is, but credit to [Joe] he didn’t leave. He took the old freshman route and realized that probably when you’re a freshman, you’re not going to play that much. So he understood that. Now this year, he’s a lead scorer and player of the year. So he’s progressed year by year. Credit to him for sticking with the process and not jumping ship.”

Norfolk State ( 21-6, 12-2 MEAC) ended the regular season on a three-game win streak, including victories over the MEAC tournament’s No. 2 seed Howard and No. 3 seed North Carolina Central. The Spartans are looking to carry that momentum into the conference tournament, where they will begin by facing No. 8 seed Delaware State as they again try to punch their automatic ticket to the Big Dance. 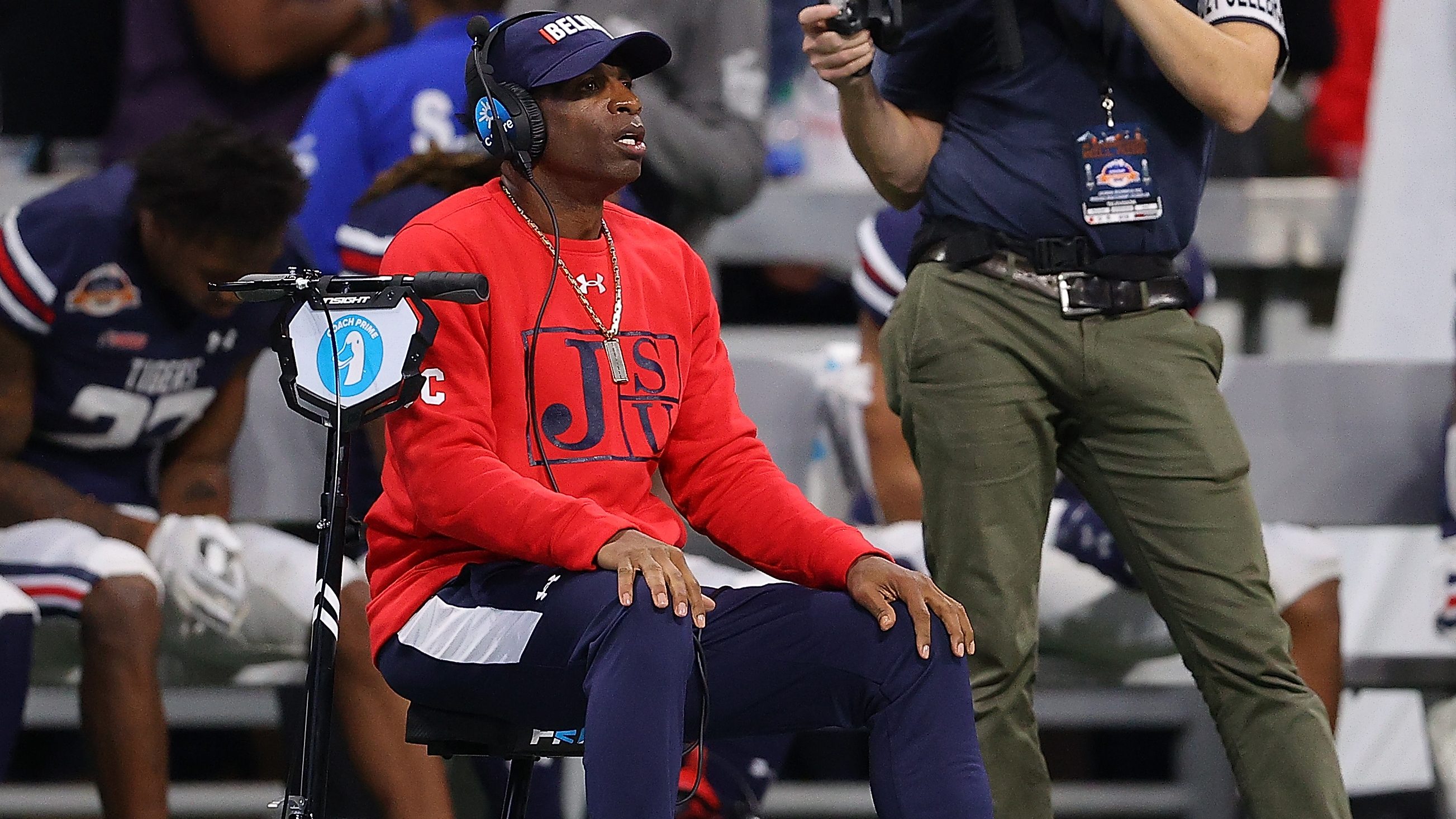 “The last few games of the season, our goal was to get the regular-season championship and [have] the No. 1 seed in our back pocket,” Jones said. “You can see the guys were really focused toward that goal. Now, the focus shifts down to winning three more games. But the thing that we try to tell these guys is that just take it possession by possession, half by half, you know, any clichés you want to say, but we’ve been the best team all year. We desire to continue to try to be the best team for three more games. So that’s been our main focus, is doing things that we’ve been doing all year, because obviously they’ve been working.”

After losing four starters from last season, the Spartans returned seven players. However, Bryant and his backcourt teammate, senior guard Jalen Hawkins (third-team All-MEAC), are the only returners to receive significant playing time during their NCAA tournament run. Both have been helping the rest of the team get acclimated to Jones’ defensive schemes to prepare for the MEAC tournament, which will be held right down the street from Norfolk State’s campus at Norfolk Scope Arena. Talk about home cooking: Norfolk State’s six losses this season have all been on the road.

“The [MEAC tournament] is very intense. Well, most of the guys have never seen the school atmosphere in the MEAC yet, so I’m just trying to share my experience with them. Hopefully they grow as the season progresses in the tournament,” Bryant said. “We have to do the things that we’ve been doing all season, which has been playing defense. We were top in the country in defense in field goal percentage defense. Being gritty, diving on loose balls, taking charges, boxing out, one little thing that nobody else wants to do.”

Despite being No. 1 in the conference all season, Bryant said it’s just business as usual for his team.

“I feel like there’s no pressure. We always talk about [pressure] because we’ve been winning in conference for years, so that’s not really the problem. The problem is staying mentally locked in. We [have to] focus on the main goal of getting back to the tournament,” Bryant said. “The main thing for me is just to go and keep leading. Keep the guys focused. Try not to get too comfortable. Hopefully get back dancing.”

In Howard University’s Burr Gymnasium in Washington, 17 blue and white banners hang from the rafters, commemorating the women’s basketball team’s accomplishments, including 10 for winning the MEAC tournament. The last MEAC championship for the Bison came in 2001. However, they believe they are in the best position to end the 21-year drought.

“We do talk about continuing the legacy and tradition,” Bison coach Ty Grace said. “They see the banners up in the gym. It’s a daily reminder when you walk in there, what year you’re in, and when the last time we won one. I think it is a privilege that they’re able to come in here and be able to wear that jersey and represent Howard and have the opportunity to put another banner up there. That’s what we’re trying to do. We’re trying to get another banner in the Burr and be the ones that say we did that.”

“It feels good. I’m proud of the girls. I’m happy that we were able to come back after last tournament and in the preseason take No. 1 and to finish No. 1. Sometimes it’s not an easy thing to do,” Grace said. “You feel a little bit of pressure, but I’m very happy how we finished well to secure that position.” 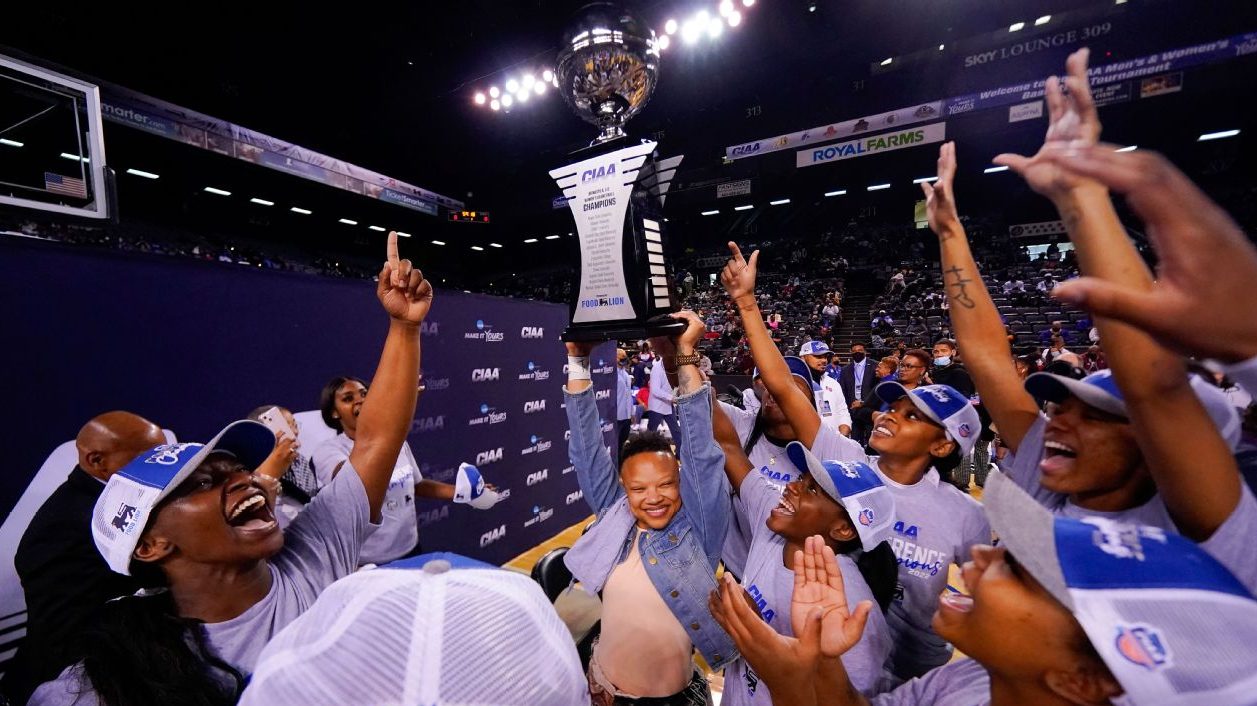 During February, the Bison went on a seven-game winning streak, jumping from the third spot to No. 1 in the conference standings. Sophomore forward Anzhane’ Hutton was named to the All-MEAC first team, while sophomore guard Destiny Howell and junior guard Iyanna Warren were named to the second team.

“That’s always important going into the tournament and playing well. Playing at home definitely helped, I can’t emphasize that enough. We got very lucky to have so many home games in the month of February,” Grace said. “I think it gave my team a lot of confidence when they went on that win streak. Obviously, we didn’t finish out that last game against Norfolk, but we certainly went on a tear for that month of February, where we were just kind of clicking and found a way to win.”

Grace, who is in her seventh season as head coach of the Bison, earned MEAC Coach of the Year honors last season and made it to the MEAC tournament final before losing to North Carolina A&T. Building off last year’s momentum and repeating as regular-season champions, the Bison are hoping a conference tournament title and automatic bid to the Big Dance are next.

“The next step is winning the actual championship and we won’t be satisfied with anything less than winning a championship. It won’t be good enough,” Grace said. “Not in a bad way, not that we didn’t have a good season, and they didn’t work hard, but that’s what we want next. We want a [MEAC championship] and then the NCAA tournament.”