No HBCU football, no problem as schools, athletes deal with changes this fall

MEAC/SWAC Challenge, other classic games were scheduled for this weekend

Instead of hosting South Carolina State and Grambling State in the MEAC/SWAC Challenge on Sunday, Georgia State Stadium in Atlanta will be empty. The same is true for Detroit’s Ford Field; Canton, Ohio’s, Tom Benson Hall of Fame Stadium and Miami Gardens, Florida’s, Hard Rock Stadium. All were scheduled to host big-exposure “classic” football showdowns between historically Black colleges and universities (HBCUs) this weekend.

Labor Day weekend, the traditional opening weekend in the HBCU football universe, was overtaken by the COVID-19 pandemic this year. Yet there are few days off and plenty of work still being put in at numerous locations, including Atlanta, where activities and events will still take place even without football, packed stadiums or fans in the streets and venues.

That resilience has guided the schools, as not just football, but any semblance of a typical start to the fall semester has disappeared. 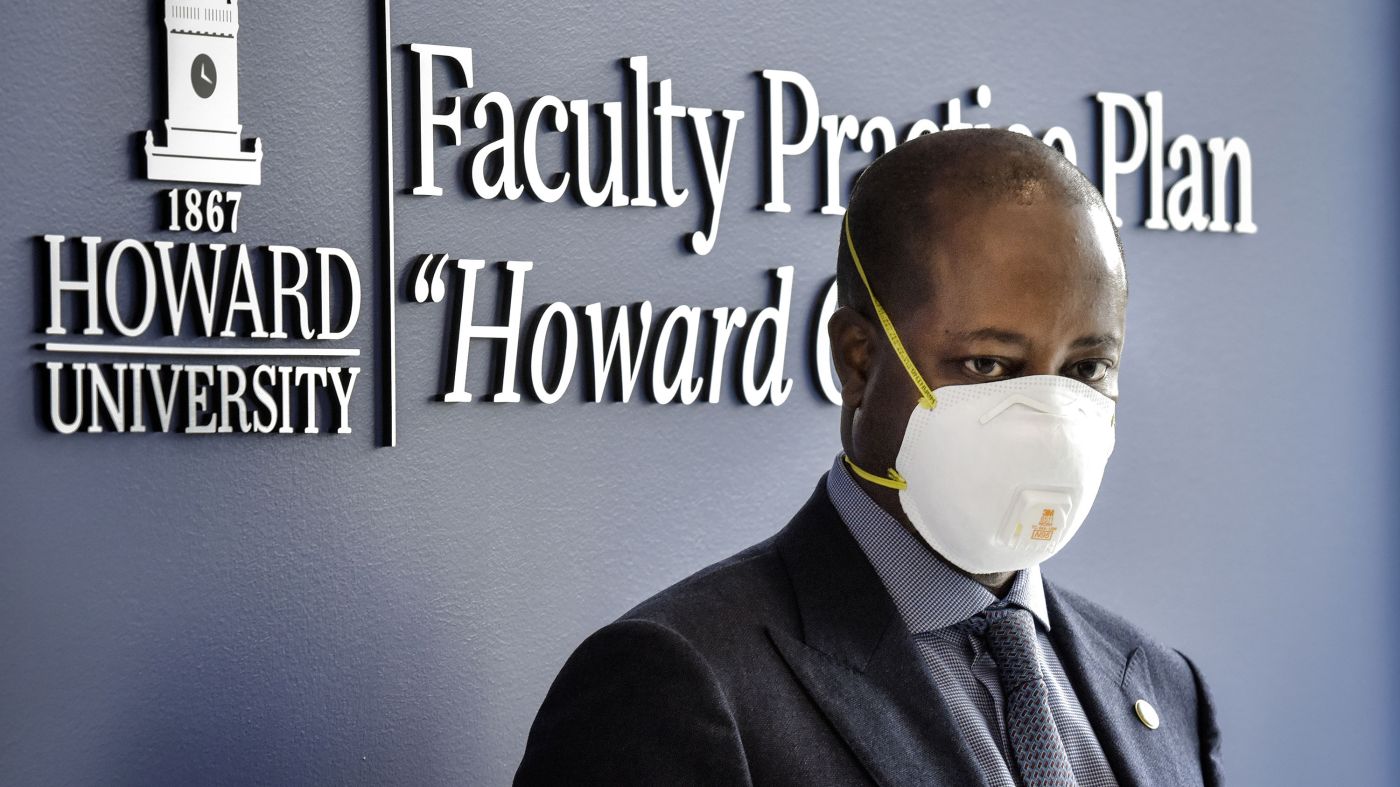 At Howard, which originally planned to open its season Sunday against Central State in the Black College Hall of Fame Classic at the Pro Football Hall of Fame, all of the orientation under new coach Larry Scott and his staff has been done online. Howard moved to all virtual classes this semester. And because classes were abruptly canceled when the pandemic broke in March, Scott said, he has had only three weeks of seeing his players in person since taking the job.

Besides coaching and holding meetings online, Scott said, the players have also regularly gotten access to psychologists and other mental health professionals, and advisers on academics and other problems they may be enduring because of the pandemic.

The goal was to push the players to hold each other accountable, Scott said, and one notable result was a team voter registration drive that got every player on the roster registered in less than a week. “The players led the charge on getting that done,” Scott said. They since have challenged the other teams at Howard and other MEAC football programs to do the same.

And they are forming another initiative, likely for later this semester, focused on partnering with local law enforcement to stop police brutality. It was inspired not just by the summer of activism in the wake of George Floyd’s killing while in police custody, Scott said, but by players seeing it and being close to it themselves, and discussing it when they meet virtually on nonfootball topics.

With all of that, little thought, if any, has been given to what the Bison program and fans are missing this weekend by not being on national TV in Canton.

He did acknowledge that the incoming players are now adding campus initiation and their football debuts to everything they have missed because of the pandemic, such as high school proms and graduations. “The experience of arriving on a new campus in the fall for the first time – we didn’t have that,” Scott said.

Much of that was lacking at other schools, including the ones that were partially or completely open to students this semester. Tennessee State has in-person classes and was to begin the season with three big-stadium HBCU games, starting with the Detroit Football Classic on Saturday against Southern. The Southern Heritage Classic in Memphis, Tennessee, the following week against Jackson State was one of the first classics to be canceled because of the pandemic on June 17.

The third “classic” game this weekend, the Orange Blossom Classic, was set for the Miami Dolphins’ home stadium, pitting Florida A&M against Albany State. Florida A&M would have traveled to Southern next week for a much-anticipated rematch, and the week after that had Howard playing at Hampton, and Tennessee State hosting Clark Atlanta at the Titans’ Nissan Stadium in Nashville, Tennessee.

“Those games really set the stage of any HBCU institution,” said Tennessee State athletic director Mikki Allen, who just took the position on June 1, right in the middle of the COVID-19 crisis. (“This was definitely not in the AD manual,” he joked.)

“They’re electric games. They’re games everybody gets excited for, it brings out all the great elements of an HBCU culture,” Allen continued. “Obviously, it’s heartbreaking for our student-athletes and our teams. But in the same regard, you can look at it as heartbreaking for that freshman student who has never experienced that before, when they’re looking forward to their semester.”

The on-campus pageantry of the buildup to the season was definitely missing, Allen said. But, he added, “You have to celebrate that Tennessee State is resilient, and it’s still here, the campus is still operating. We found a way to survive the prospect of not having an academic year. Any time you’re able to work through that as a family, it speaks volumes about the administration, and it speaks volumes about our HBCUs.”

Celebrating resilience was also on the mind of Grambling State president Richard Gallot, whose football program and legendary band were scheduled to perform during the MEAC/SWAC Challenge. The absence would have been noticeable there as well, Gallot said, if the start of classes had not been postponed until after Labor Day by Hurricane Laura, which ravaged the Gulf Coast last week. Many campus buildings did not have power for three days.

It all added to the numerous hurdles the school has jumped through since last spring. Asked if the canceled trip to Atlanta made the start of the new school year feel less than “normal,” Gallot laughed and said, “There’s nothing normal about fall 2020. There’s no remote semblance of what we’d call a normal fall 2020.”

Had the football traveling party been in Atlanta, he said, the buzz back on campus would have been palpable – particularly for the newcomers, who already would be buzzing with the newness of school itself. “We would normally have our freshman rites of passage, the process of bringing all the freshmen on for the first time. It’s a pretty serious program, getting them up to speed and comfortable in their new surroundings.

“They would get their ‘G’ pin, to make them official members of the Grambling family. We weren’t able to do that.”

Grambling has a hybrid of in-person and online classes, with most of the students picking online so far, meaning that campus will largely be empty when it reopens poststorm.

Like most other schools, HBCU or not, their improvisational skills have been put to the test. Grambling is one of many HBCUs brainstorming to re-create homecoming in the spring – possibly around the proposed late start of football season, but in another format if not. The student government elections that were postponed last spring were held on the eve of this semester, Gallot said, and a Miss Grambling State was anointed early as well (the winner, senior Ashley Dabney, will still have to wait to reign over homecoming).

The football team, like at Howard and so many others, regularly meets virtually, and whether they will meet in person for a spring season remains to be seen. Also, as essentially all other coaches and administrators are noting, academic excellence is expected, if not demanded, without games and standard practices distracting the players.

“I’m looking very much forward to an increase in our APR, and in the percentage of our student-athletes completing their studies on time,” Gallot said. “So all is not lost.”

“There’s no rest for the weary,” John Grant, executive director of the MEAC/SWAC Challenge and the Celebration Bowl, said with a laugh this week.

Instead of in-person development seminars for the players on the participating teams, Grant said, virtual seminars on financial literacy are being held this week and continuing into next week – and for five HBCUs and all their athletes, not just the football players. South Carolina State, the scheduled MEAC opponent, is one of the programs participating. Similar development sessions are planned for high school students in the Atlanta area and throughout Georgia, with plans to go through the end of what normally would be the football season.

Also, in response to the pandemic, the game’s organizers launched a “Hometown Heroes” campaign, inviting fans to nominate essential workers from every occupation who have persevered in their service while the virus was shutting down much of society. Nearly 30 essential workers, from warehouse workers to firefighters to nurses to social workers, have been recognized since the campaign started in May.

While the original intent was to award nominees tickets to the two games in Atlanta, the organizers intensified the promotional push as the MEAC/SWAC game date approached. It will continue through the end of November, just before the early-December date of the now-postponed Celebration Bowl.

And to make sure fans remember what they’re missing in person this year, Grant said, the 2019 MEAC/SWAC Challenge will be rebroadcast Sept. 16 on ESPNU, 10 days after the date of the canceled 2020 game. (Spoiler alert: Bethune-Cookman defeated Jackson State 36-15.) It will be accompanied by a Zoom watch party, whose goal is to “launch a virtual HBCU experience,” with everything from tailgates to band performances.

“We’ve always had to be creative as a people. We’ve always taken the lemons and we’ve always made lemonade,” Grant said. “And at an HBCU, that’s what we learn. … That’s just part of our resilience.”