When Carolina Panthers wide receiver DJ Moore was penalized for excitedly removing his helmet after catching a game-tying Hail Mary pass in the closing seconds of the fourth quarter against Atlanta two weeks ago, it was unfortunate on a number of levels.

The 15-yard penalty led to a missed extra point attempt and ultimately a loss in overtime. The referees got it wrong and never should have flagged Moore, who was outside the end zone when he took off his helmet. And perhaps most disturbing, the penalty was part of a pattern in which Black players in the NFL are disproportionately penalized for “excessive” celebrations.

An Andscape examination of data on unsportsmanlike conduct penalties found that since 2018, 19 out of 21 — 90% — of the flags for celebrating have gone against Black players, who along with biracial athletes make up 68% of NFL rosters. Only 9% of the calls were on white players, who are 25% of the league. 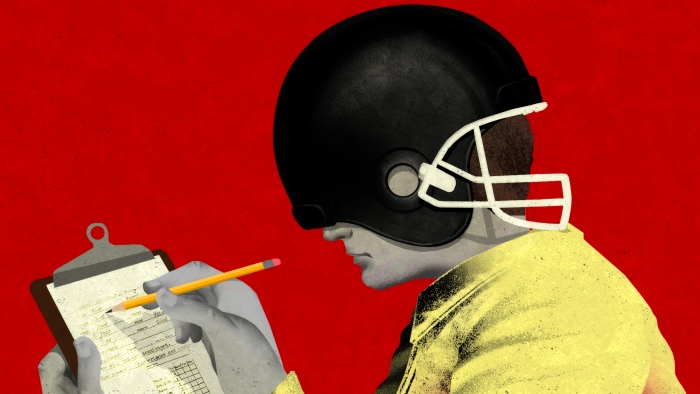 Those percentages are almost unchanged from a study done a decade ago, five years before the NFL loosened its rules on celebrations.

In 2012, a research paper in the Journal of Experimental Social Psychology concluded that most penalties for celebrations after touchdowns were against Black players.

That study of two years’ worth of flags from 2010-2011 found that 92% of unsportsmanlike conduct penalties after touchdowns were levied against Black players, according to Erika V. Hall, a doctoral student at the time who co-authored the paper with a colleague from Northwestern University. At the time, Black players accounted for 65% of NFL rosters compared to 31% for white players.

“I’m not surprised. I’m disappointed,” said Hall, now a professor at Emory University in Atlanta who studies race, gender and class in organizations, when told that Andscape found numbers strikingly similar to those in her study. “We wrote this paper in 2012 – that’s 10 years ago. And now we sit here in 2022 and are addressing the exact same issues.”

The NFL has always struggled with where to draw the line between allowing players to celebrate and clamping down on individual showmanship. The league’s 10-person competition committee, made of team executives and coaches, reviews the rules and recommends changes. Pittsburgh Steelers coach Mike Tomlin, Baltimore Ravens executive vice president of player personnel Ozzie Newsome and Miami Dolphins general manager Chris Grier are the only Black members of the committee. Katie Blackburn, executive vice president of the Cincinnati Bengals, is the sole woman. Once the group recommends rule changes, they have to be approved by the team majority owners, none of whom are Black.

Over the years, players, especially those who play offensive positions that tend to touch the ball and score more, such as running back and receiver, have pushed for more freedom to celebrate. Resistance from the NFL prompted some fans and pundits to label it the “No Fun League.”

In 2017, the league finally loosened the rules, permitting players to use the football as a prop, go to the ground to celebrate and to gather in groups for choreographed displays. The changes didn’t allow dunking the football over the crossbar, the use of other props or removing helmets.

When he hauled in the 62-yard Hail Mary from quarterback P.J. Walker, Moore didn’t have a celebration planned. He just jumped up off the turf, ran out of the end zone and tossed his headgear to the ground.

After the game, he was contrite about getting the penalty. He said learned a lesson about keeping his helmet on. “At the end of the day, whether I was off the field or on the field, it shouldn’t have mattered,” Moore told reporters. “I don’t think it was excessive, but it is what it is.” Panthers coach Steve Wilks said Moore had to learn from his “mistake.” 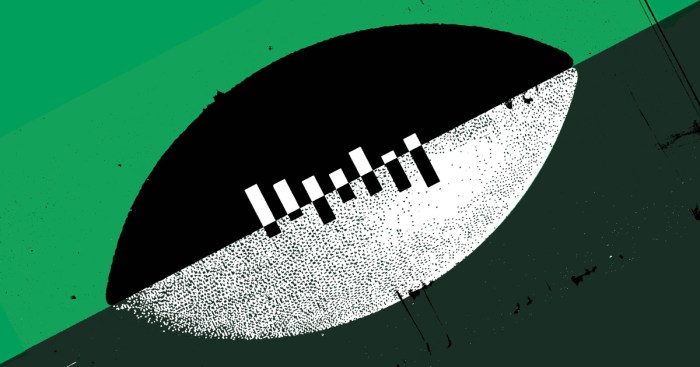 But video showed that Moore was out of the end zone and therefore allowed to remove his helmet. An NFL official confirmed to ESPN Monday Night Countdown the next day that at least two other Panthers, not Moore, should have been called for the penalty. Perry Fewell, a senior vice president of officiating administration (and a former interim head coach of the Panthers), said that the league stands by the decision to penalize the team 15 yards on the kick.

The incident, said Hall, demonstrates how Black men like Moore are perceived, whether in public or on the football field. Hall and co-author Robert W. Livingston’s 2012 study was called The Hubris Penalty: Biased responses to “Celebration” displays of black football players and was based on play-by-play data from NFL.com and ESPN on penalties called after touchdowns during the 2010 and 2011 seasons. Hall said NFL players were good subjects with which to analyze how “high-status Blacks” are perceived and penalized.

“They command high salaries, have immense talent and are really popular,” said Hall. “We wanted to know whether [Black players] could exude these powerful behaviors such as arrogance, such as pride, such as hubris without penalty. Or would their race, which people still associate with a lower standing in America society, prohibit them from exhibiting these high-power behaviors?” 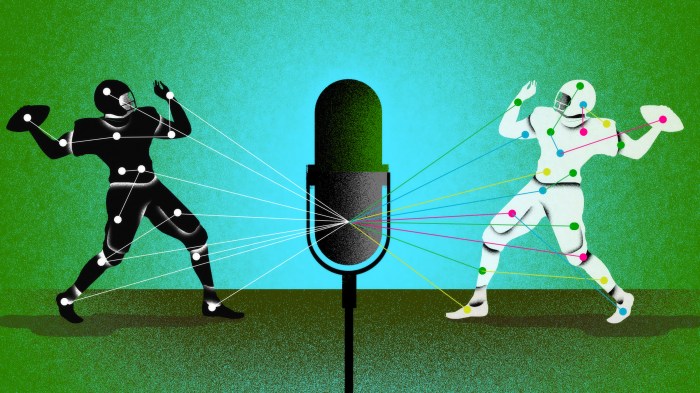 The researchers found 13 incidents of unsportsmanlike penalties called after touchdowns for the two seasons of study. Twelve, or 92%, were called on Black players, even though during that same period white players – such as Green Bay Packers quarterback Aaron Rodgers (see the Lambeau Leap, for instance) – were also celebrating without being flagged, Hall said.

“What we ultimately find is that, yes, they [Black players] do get penalized even though they have all this wealth, even though they have the popularity and the immense talent,” Hall said. “They still have to curb the way they act or behave and accept humility, which is seen as a low-status behavior. Whereas you would hope that the kind of power and the position that they’re in would afford them the same power that a white person is given when in that position.”

In the review of calls by Andscape, we focused only on players who were celebrating a good play and didn’t include flags for negative actions such as taunting. For instance, we didn’t include a 2020 penalty against Buffalo Bills quarterback Josh Allen, who, after he scored a touchdown, was flagged for spinning the ball in the direction of an opposing player from the Los Angeles Chargers. Allen is white. Anthony Miller, a Black wide receiver who formerly played for the Chicago Bears, was flagged for the same thing in a game against the Detroit Lions. His infraction also isn’t included in this report. (The NFL uses different criteria. For instance, it categorizes helmet removal penalties separately from those for excessive demonstration.)

Andscape found that Black players had the whistle blown on them for a range of offenses related to celebrations – especially when they were trying to be comedic – and that white players were rarely flagged with regards to celebrations.

Penalties were thrown on a number of players for suggestively pumping their hips, a la actor Keegan-Michael Key’s portrayal of Hingle McCringleberry, an often-penalized fictional receiver who can’t resist celebrating touchdowns with at least three pelvic thrusts.

Hall said NFL teams are in the spotlight over diversity, equity and inclusion, including the relative lack of Black head coaches and other senior leaders. On that issue, the league is now the subject of a class-action lawsuit.

“I think they’re operating on a thread right now,” she said. “I mean, they constantly have issues that they have to deal with in the area of DEI. None of those issues singularly have made them fall. They’re a very powerful institution. But I think what’s going to happen if they don’t make serious changes is that each one of these is going to gnaw away at their credibility.”

Dwayne Bray is a senior writer for Andscape. He writes about topics ranging from general sports to race relations to poverty. He previously ran ESPN television’s award-winning investigative team and is a die-hard Cleveland sports fan.