The potential benefits of NFL’s new program intended to accelerate the rise of qualified minority employees are apparent, participants say, but questions remain

ATLANTA — It only took a few minutes for Morocco Brown, director of college scouting for the Indianapolis Colts, to realize he could benefit from the NFL’s new program intended to accelerate the rise of qualified minority employees in coaching and front-office management.

During opening remarks by Atlanta Falcons owner Arthur Blank at the annual spring meeting, Brown listened attentively as Blank expressed his belief in the importance of the accelerator program, which puts participants in the same room — many for the first time — with the powerful people who run professional sports’ most successful league. For those in the inaugural class, Blank said, face time with upper-echelon executives and franchise owners figures to be the most beneficial aspect of the program. Brown was with him on that.

“In the NFL, it’s not only who you know, but how well they [those who make hiring decisions] can get to know you,” said Brown, who is Black. “A lot of times, we [minority employees at the club level] just don’t get that exposure to owners.

“They’re running teams worth billions in this big business. So to be in a setting where you’re just able to talk with them, a setting that’s more intimate and laid back, where they can get to know you, it’s helpful. Definitely.” 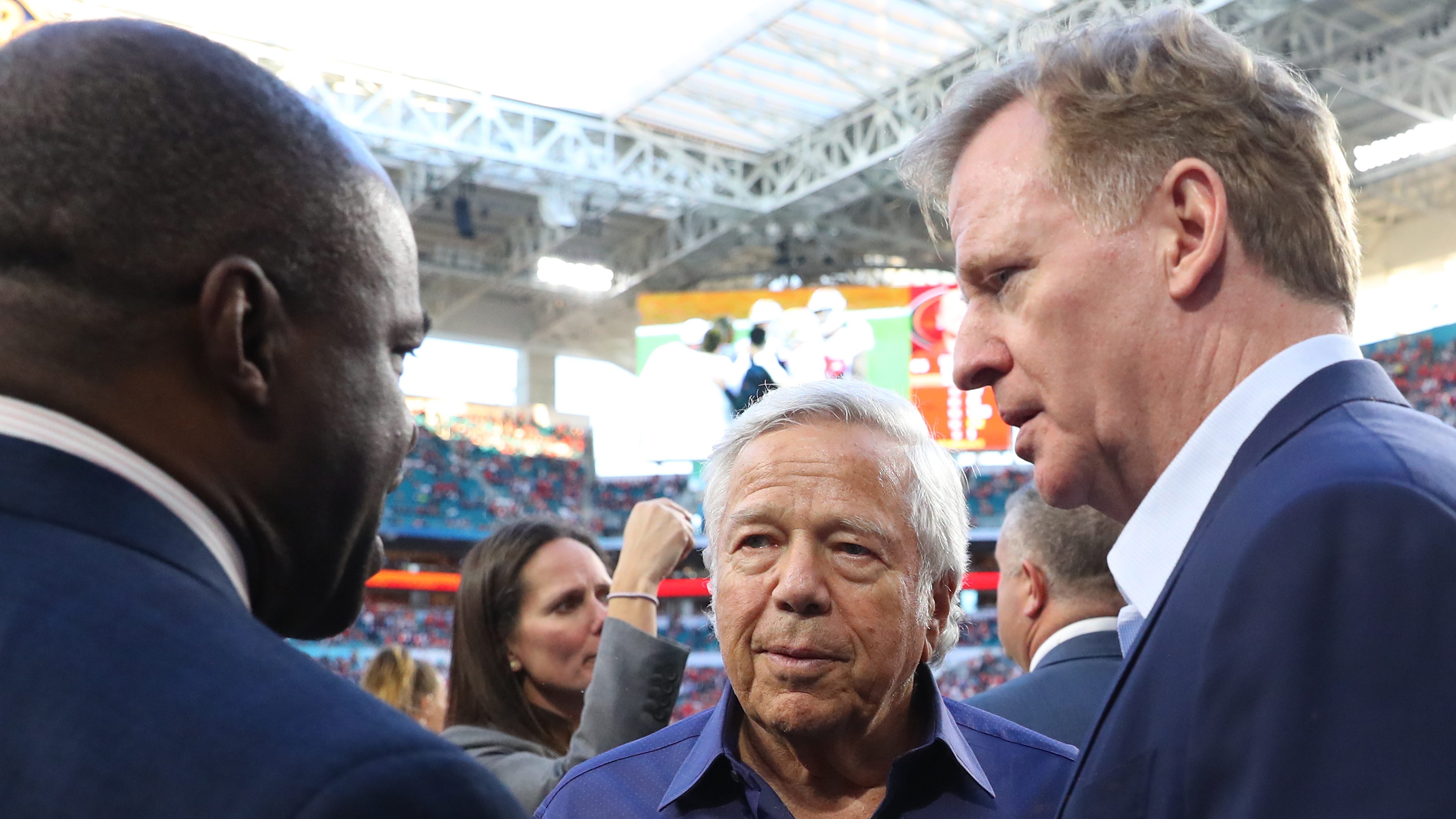 Each of the NFL’s 32 clubs chose two participants (one assistant coach and one front-office staffer) for the program, which is the focus of the two-day event. Participants attended sessions on a variety of subjects tailored to help them continue to grow in their current jobs, with an eye toward preparing them to be at their strongest when, hopefully, they enter the hiring pipeline in pursuit of positions as head coaches and general managers.

Blank left no doubt about where he would prefer for participants to channel their energy: in making connections with the owners.

“Let’s be sure that we get to know each other, spend time, visit, shake hands. I don’t know an owner … that is not happy, pleased, looking forward to getting to know a lot of you, if not all of you, not only over the next few days, but on an ongoing basis.”

“The ultimate question, with respect to this and any number of other initiatives, is, ‘Are the owners genuine in their interactions?’ ”

A common refrain among many Black NFL employees who have interviewed for top-tier positions in football operations is that they rarely – if ever – interact with decision-makers before the processes begin, whereas team owners often are much more familiar with their white counterparts’ professional and personal backgrounds. The imbalance, NFL officials acknowledge, is yet another impediment to the upward mobility of diverse employees in a league that continues to struggle in its stated attempt to have a truly inclusive workplace from the front office to the field.

The widely respected Brown, who held front-office positions with the Chicago Bears and Washington Commanders before joining the Colts, has been on several lists for general manager openings recently. Developing ties with owners, Brown said, could give him a boost in his future efforts to climb the ladder.

“If you can tell your story, tell your story directly to the [club] owners, you can be authentic and, hopefully, make the impression you want to make,” Brown said. “If there’s no one there [a layer between a potential candidate and an owner], that’s a key component … for them to find out more about us. That’s why the league set this up, for us to get that exposure, because it’s a lot harder to get hired if they [team owners] don’t know a lot about you.”

“If you can tell your story, tell your story directly to the [club] owners, you can be authentic and, hopefully, make the impression you want to make.”

Gray, considered one of the league’s best assistants on defense, said it’s difficult to approach owners during the season before games, because the competitive environment just isn’t conducive to relationship-building. The league picked both the right place and the right time to start the program, he said.

“When you meet someone and it’s not in a hostile, opponent type of environment, you can kind of tend to relax a little bit more,” said Gray, who currently coaches defensive backs for the Green Bay Packers. “They get a chance to know who you are, and then you get a chance to ask them questions about them and how they built their business.

“For the most part, you may have two minutes on the football field [before a game]. Here, we may have five, 10 or 15 minutes to sit down and talk. You can say, ‘Hey, tell me about yourself. How did you get started?’ So now you have a chance to build that relationship. Hopefully, it gives them a view of you, and it gives you a different view of [team] owners. Whenever you see someone relaxed and away from their business, at this time of the year, you have more of a chance to start to build something.” 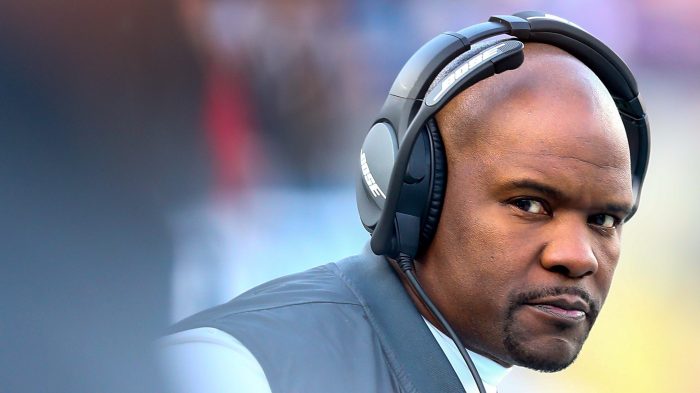 Yes, Brian Flores has a job, but the NFL isn’t in the clear with its hiring practicesRead now

Of course, no one in the league is suggesting that a few face-to-face meetings between team owners and diverse NFL employees will be a game-changer in hiring. On the other hand, league officials must continue to expand their thinking regarding hiring, said N. Jeremi Duru, a professor of sports law at American University.

“Well, the theory for [the program] makes sense,” said Duru, a longtime observer of the NFL’s hiring practices. “The idea of getting people together in a room, engaged in meaningful conversations and interaction, makes sense because that can potentially serve as the basis for significant and meaningful relationships going forward.

“The ultimate question, with respect to this and any number of other initiatives, is, ‘Are the owners genuine in their interactions?’ If the answer to that question is no, then this won’t be any more productive than other initiatives we’ve seen. If the answer is yes, then perhaps this can move the ball forward.”

The program is the latest component in the NFL’s unprecedented attempt to address its inclusive hiring problem while also dealing with a lawsuit filed by former Miami Dolphins head coach Brian Flores, who has alleged the league commits widespread malfeasance in its hiring practices.

The league has only three Black head coaches: Mike Tomlin of the Pittsburgh Steelers, Lovie Smith of the Houston Texans and Todd Bowles of the Tampa Bay Buccaneers, who was unexpectedly promoted from defensive coordinator recently after former head coach Bruce Arians stepped down and took a front-office role. Mike McDaniel of the Dolphins, who is biracial, joins Ron Rivera of the Commanders and Robert Saleh of the New York Jets as the league’s other minority head coaches.

As for general managers, the league can point to gains made in hiring.

In 2020, players who identify as Black or African American accounted for 57.5% of those on NFL rosters. It’s a fact: More than half of the league’s on-field workforce is Black, but Black people are vastly underrepresented in NFL team leadership. 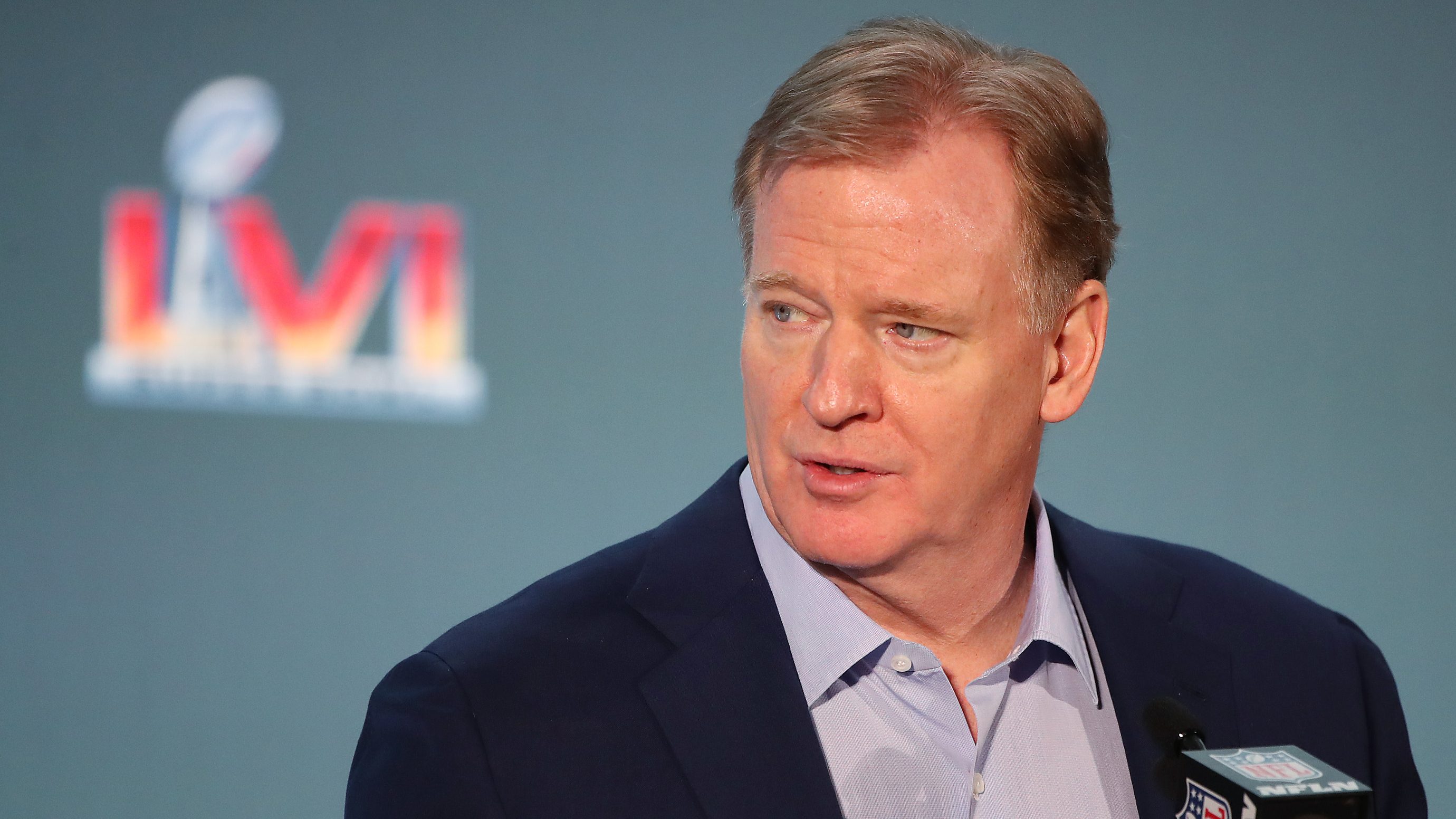 Flores, hired in February as an assistant coach with the Steelers after being fired surprisingly by the Dolphins in January, has alleged the league discriminates in hiring based on race. Four days after announcing that Flores’ lawsuit, in the league’s opinion, is without merit, commissioner Roger Goodell revealed in a memo sent to owners that the league understands the concerns expressed by Flores and others, and it will initiate a comprehensive review of its entire approach to diversity, equity and inclusion.

During the annual meeting of club owners in West Palm Beach, Florida, in March, the NFL took the stunning step of approving a coaching hiring mandate. Club owners adopted a policy that requires all 32 teams to hire a minority offensive assistant for the 2022 season – the first hiring mandate in the league’s history.

Rod Graves, who leads the independent group that advises the NFL on matters of diversity, equity and inclusion, believes the new program is a good step among many others the league has taken recently. As always, though, it’s all about the results in hiring by teams.

“I’m hopeful that the outcome will lead to an increase of similar initiatives at the club level,” said Graves, executive director of the Fritz Pollard Alliance. “While the intended focus is to increase opportunities for minority leadership, one additional result is a more informed base of coaches and executives.

“That will ultimately improve the quality of the league. The program brings together many of the best the league has to offer. Looking across the room debases any notion of a weak pipeline. There is an exceptional group of minority talent present. It’s a great opportunity to nurture, to motivate and to familiarize. The benefits can be far-reaching.”

Everything starts with talk, and the league office has put the right people together. Again, though, it’s up to team owners to walk the talk.