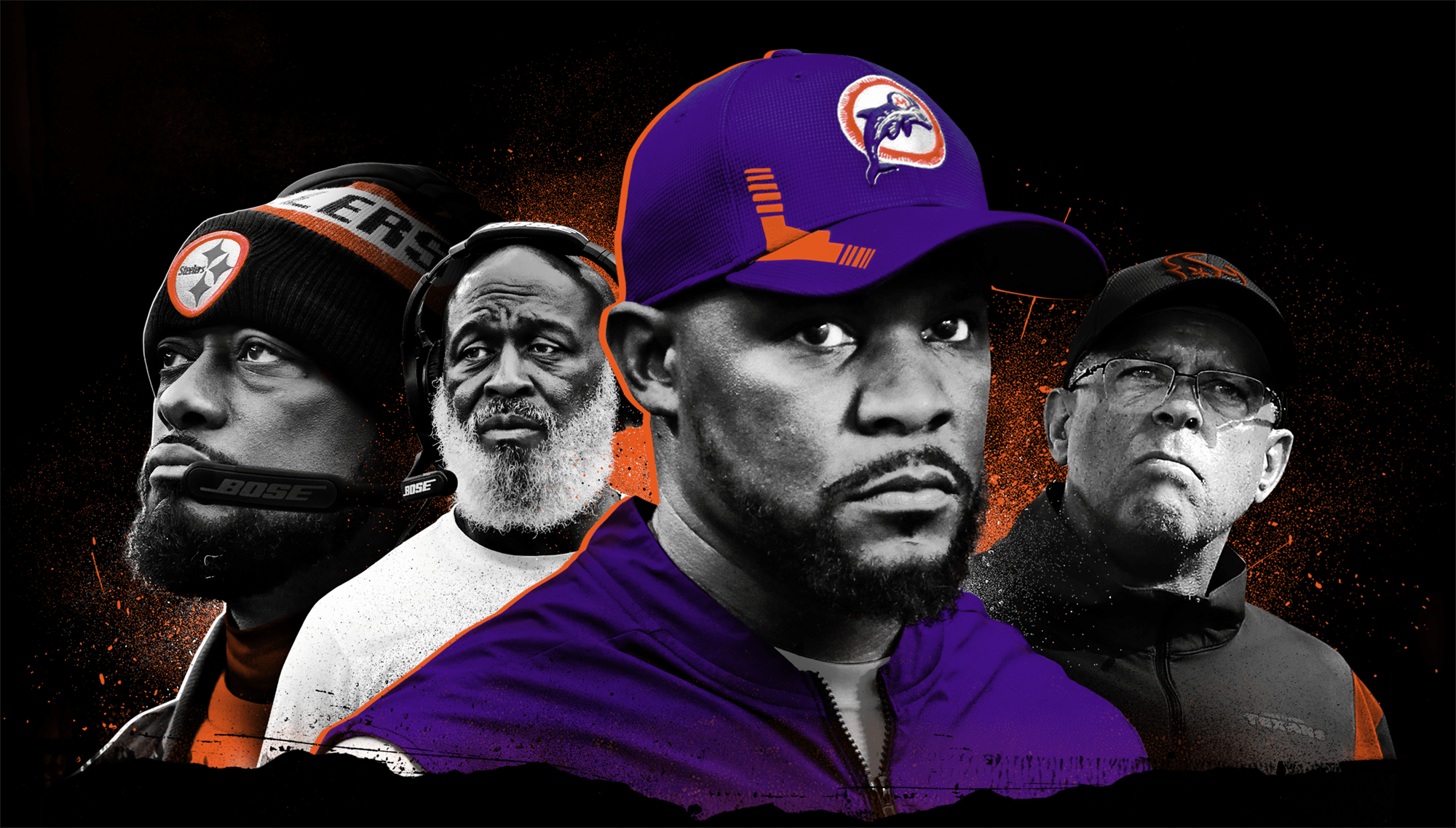 NFL hires in the Rooney Rule era
After a new round of head coaches were hired this offseason, we look at the league’s push for equality and what the data reveal
What the hires tell us

For the NFL’s Black coaches, the hiring landscape is bleak. There’s simply no way to sugarcoat it.

Until the week of Super Bowl LVI, the Pittsburgh Steelers’ Mike Tomlin stood alone as the NFL’s only Black head coach. The NFL has never had more than eight Black head coaches in any season.

For a 32-team league whose player workforce is overwhelmingly Black, those numbers look bad. In 2020, players who were Black or African American accounted for 57.5% of players on NFL rosters. The number has been as high as 69.7%.

In place since 2003 for head coaches and expanded in 2009 to include general manager jobs and equivalent front-office positions, the Rooney Rule mandates that an NFL team must interview at least one minority candidate for these jobs. Through the years, the rule has been modified in an attempt to strengthen it.

Despite the rule, however, the numbers indicate the league still isn’t on the right path.

We analyzed all 127 offseason hires since the rule went into effect to find out how well minority coaches have performed and whether they are put in positions to succeed as often as their white counterparts.

Here are four of the metrics we used.

(Note: This does not include the hirings in the 2022 offseason.)

Futures wins: The official Las Vegas projection for wins by a team. In this case, a quick indicator of how viable a coaching position is for a new hire, if we focus on first-season totals.

Average +/- wins: This measures the difference in per-season wins compared to the same time span before a coach is hired. If a coach averages eight wins in five seasons, and the previous five seasons the average was seven wins, the value would be +1.0.

Average hot-seat percentage: A metric created by ESPN, this measures the likelihood of a head coach getting fired for going 4-12 based on his resume, historical data and other factors. A way to measure how precarious a coaching tenure really is.

Below are the most relevant questions that can be answered using data. One caveat: The sample size isn’t large enough to be too definitive. Still, the numbers are the best way to evaluate where things stand. There’s no denying that the gap between minority coach hirings (25) and white coach hirings (102) remains wide.

Explore the data for yourself — all of the hires prior to the 2022 offseason are shown below. Sort by the four metrics outlined above (overall win percentage, average +/- wins, futures wins and average hot-seat percentage), and click the filter button to view only the minority hires.

Who are the assistants worth watching? Andscape’s Jason Reid, who has written a series of stories about the Rooney Rule, identified the top five most viable candidates below. 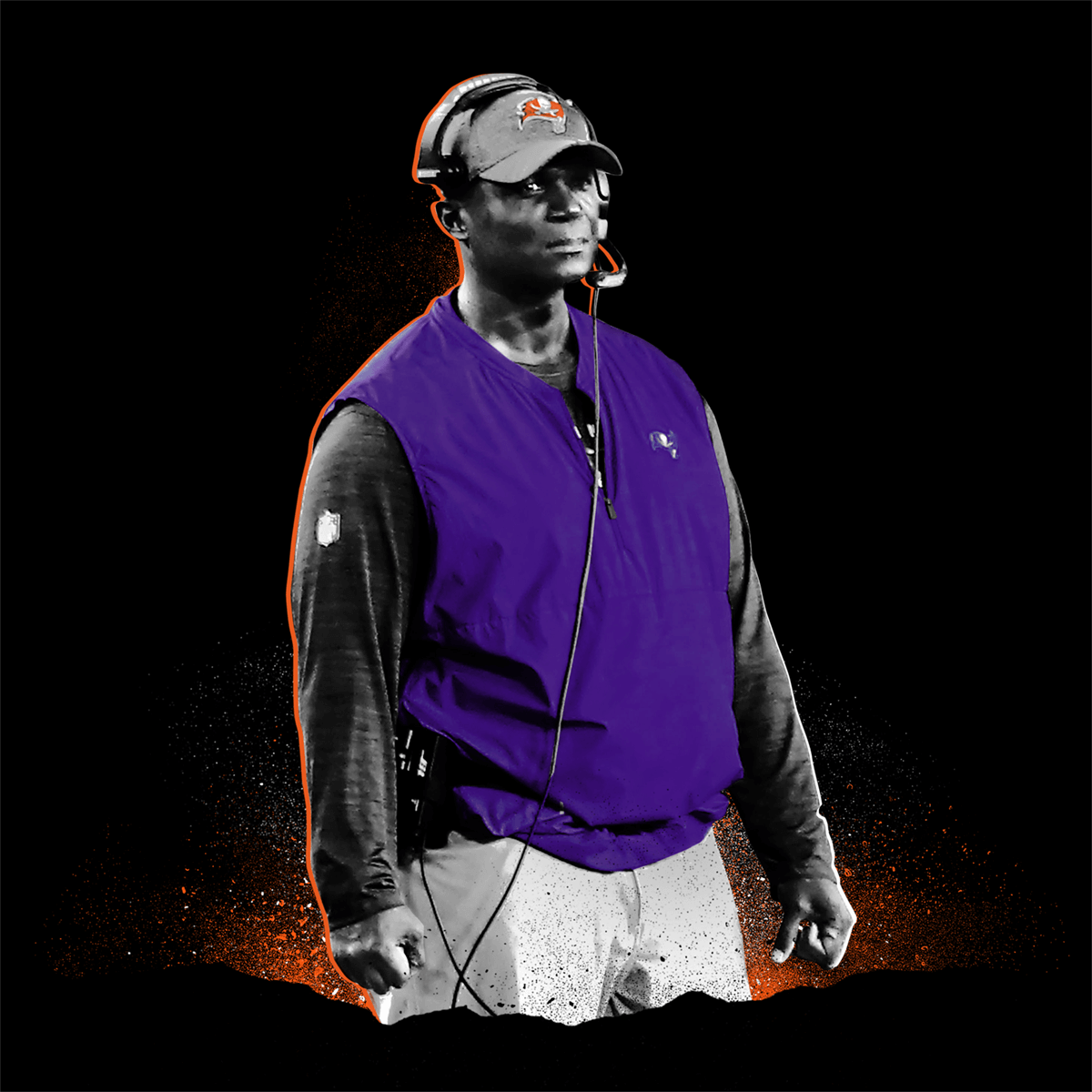 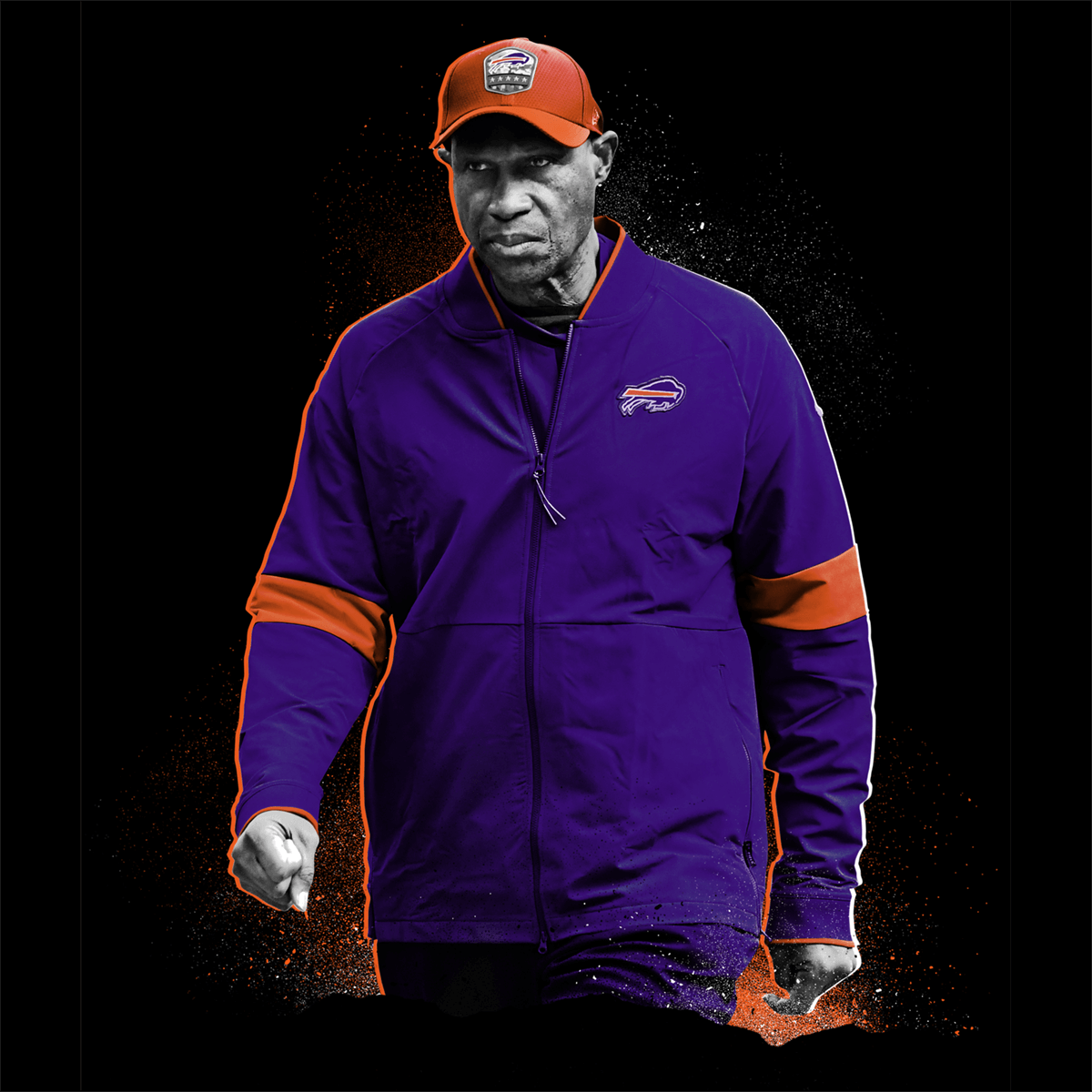 He directed a defense that limited Buffalo’s opponents to league-leading averages of 272.8 total yards, 163.0 passing yards and 17.0 points. While serving as the Minnesota Vikings’ head coach for three seasons, Frazier led the team to one playoff appearance. He has helped the Bills win consecutive division titles. 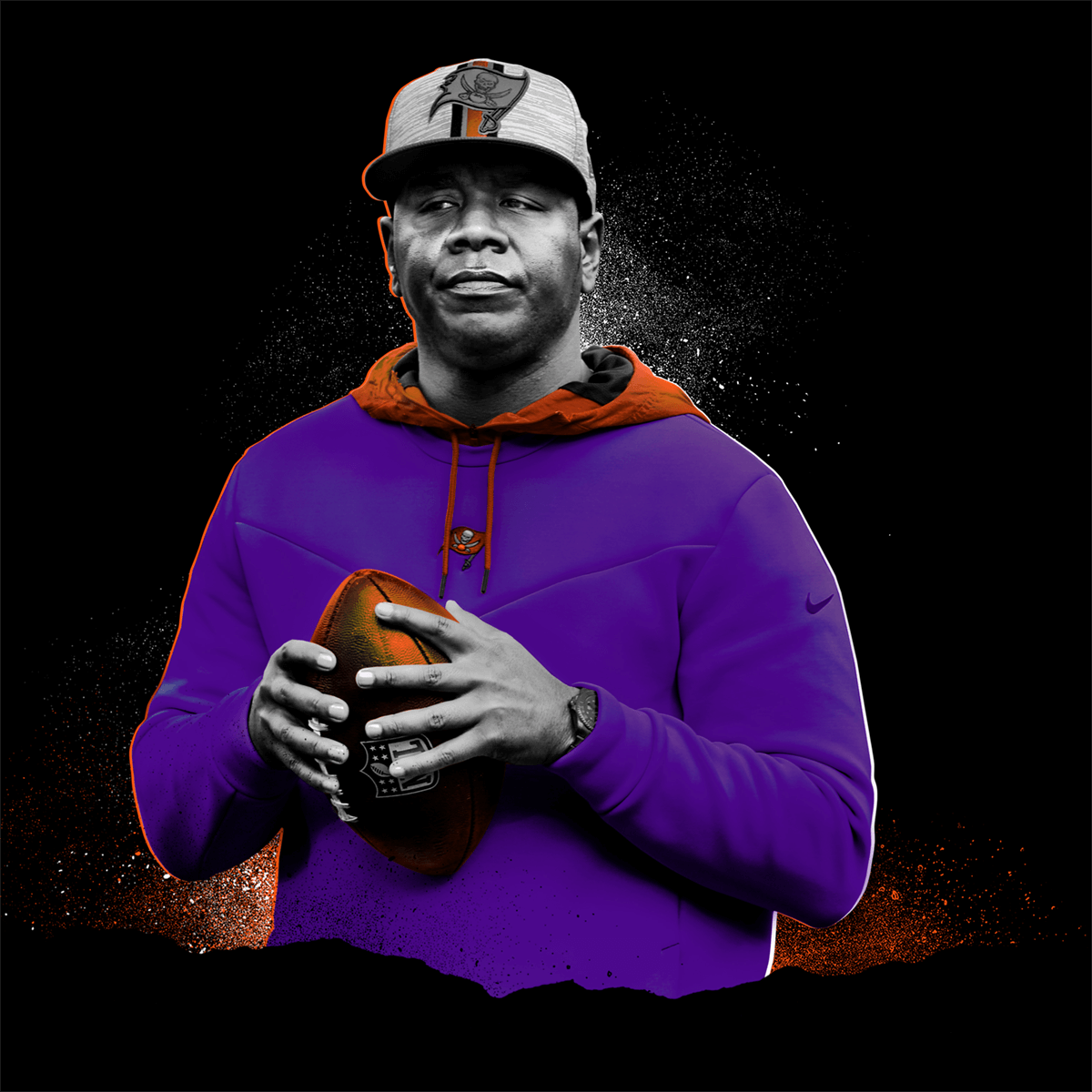 Like Bowles, Leftwich, a former NFL quarterback, played a key role in the Buccaneers’ Super Bowl LV win. The Jacksonville Jaguars, which drafted Leftwich seventh overall in the 2003 NFL draft, considered him for their vacancy, which was filled by Doug Pederson in early February. 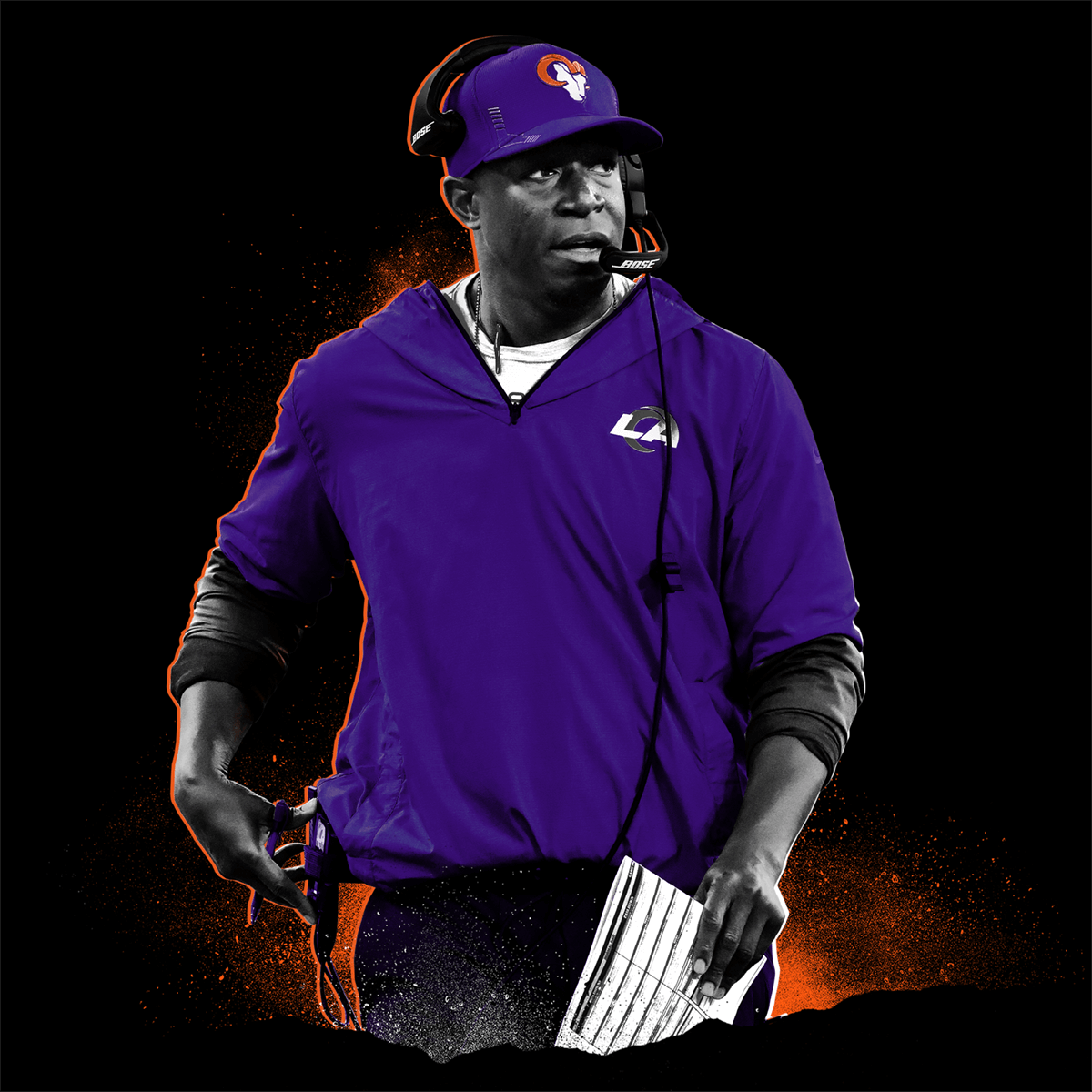 He devised a strategy that resulted in Cincinnati Bengals quarterback Joe Burrow being sacked seven times during the Rams’ 23-20 victory in Super Bowl LVI. Fired after going 17-31 in three seasons (2009-11) leading Tampa Bay, Morris hopes to reach the top rung of the coaching ladder again soon. 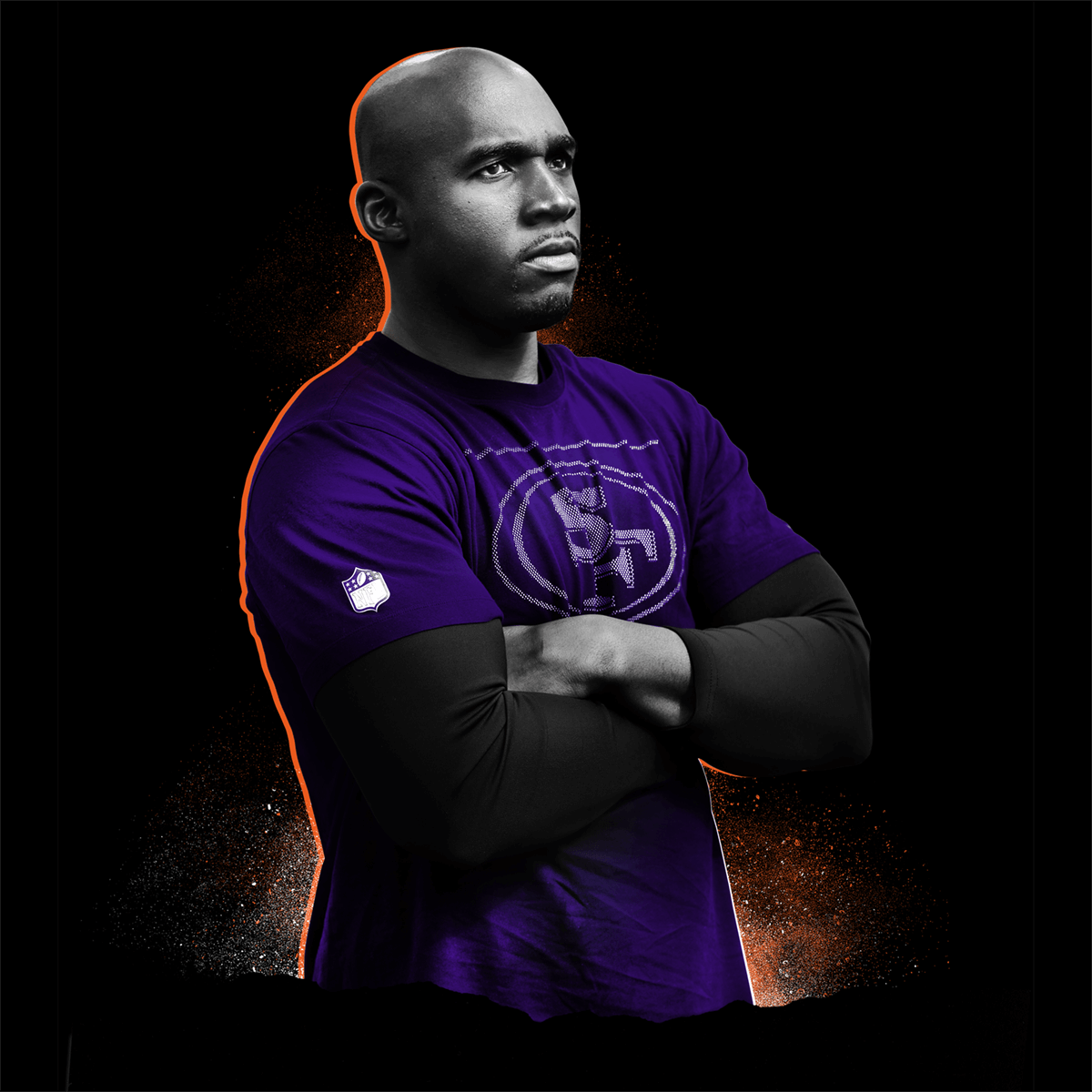 The fast-rising Ryans is the league’s second-youngest defensive playcaller. In his first season leading San Francisco’s defense, the unit ranked among the top 10 in total yards, passing yards, rushing yards and scoring. A rock star throughout his career, Ryans was a first-team All-Pro linebacker.

Where does NFL go from here?

Former Miami Dolphins head coach Brian Flores, who is Afro Latino, recently filed a lawsuit – which seeks class-action status – alleging widespread racial discrimination in the league’s hiring practices. In a memo to all 32 clubs after Flores filed his lawsuit, NFL commissioner Roger Goodell revealed that the league will initiate a comprehensive review of its approach to diversity, equity and inclusion.

At the outset of Super Bowl week, the Dolphins hired former 49ers offensive coordinator Mike McDaniel, who is biracial, and the Houston Texans promoted Lovie Smith, who is Black and served as the team’s associate head coach and defensive coordinator this past season. Still, of the nine openings for head coaches at the beginning of the recently completed hiring cycle, seven were filled by white coaches, including the first six.

Over the previous four cycles, there were 27 openings. During that span, three Black men became head coaches. That’s a total of 36 openings over five cycles with only four Black men hired as head coaches.

The Washington Commanders’ Ron Rivera and the New York Jets’ Robert Saleh are the league’s only other minority head coaches.

Repeatedly, Goodell has said the issue of inclusive hiring is important. But the league continues to drop the ball.