During the pandemic, Love has been streaming cycling classes from home

Ally Love recently reminisced about the Brooklyn Nets’ season by looking at pictures on Instagram of her hyping up the crowd at Barclays Center. Love has been the Nets’ in-game host since the middle of the 2011-12 season.

But while the Nets will soon resume their current season at Walt Disney World, her season is over.

“I miss watching the players hit the court and the visiting teams,” Love told The Undefeated in a recent phone interview. “I miss people doing what they love to do. I miss entertaining 18,000 fans, home games, playoffs, preseason. I miss the vibe of Brooklyn, the fact that our fans have grown over the last seven or eight seasons to really be what Brooklyn is all about. This level of excellence and exclusivity. This grittiness that we have.

“I was looking back at old photos of me being on the court. … It’s truly inspiring how the game of basketball is so important. Not just to that sports world, but the world itself because it’s such a big part of our pop culture.”

Love’s last Nets game was on March 8. On that day, Love, who is also a Peloton instructor, was worried about getting to Barclays Center in time for the Nets’ 3 p.m. tipoff against the Chicago Bulls after teaching a Women of Pop studio class in Manhattan.

“I was rushing to the arena to get there on time so I could be live on the court for Nets vs. Bulls,” Love said. “What I remember most is I had all this energy and I love a good Sunday afternoon game and seeing all the families come out. I remember we had great weather.

“I don’t remember leaving the arena and saying, ‘Wow, this is going to be our last day.’ I didn’t know before that it would be the last time I’d see some real live basketball for a very long time.”

The Nets won the matinee contest 110-107. It would be their last home game. Due to growing concerns over the coronavirus, the NBA suspended its season on March 11.

The NBA announced last week that it is slated to resume the 2019-20 season on July 31 in Orlando, Florida. The Nets are one of 10 Eastern Conference teams that will compete for eight postseason slots after eight more regular-season games. But teams can only invite 35 members to the neutral site. And NBA in-game entertainment talent from all teams are not invited.

The Nets will also be without injured forward Kevin Durant, who is a two-time NBA Finals MVP. Among the many things Durant is looking forward to when he finally plays at Barclays Center is hearing Love on the mic. 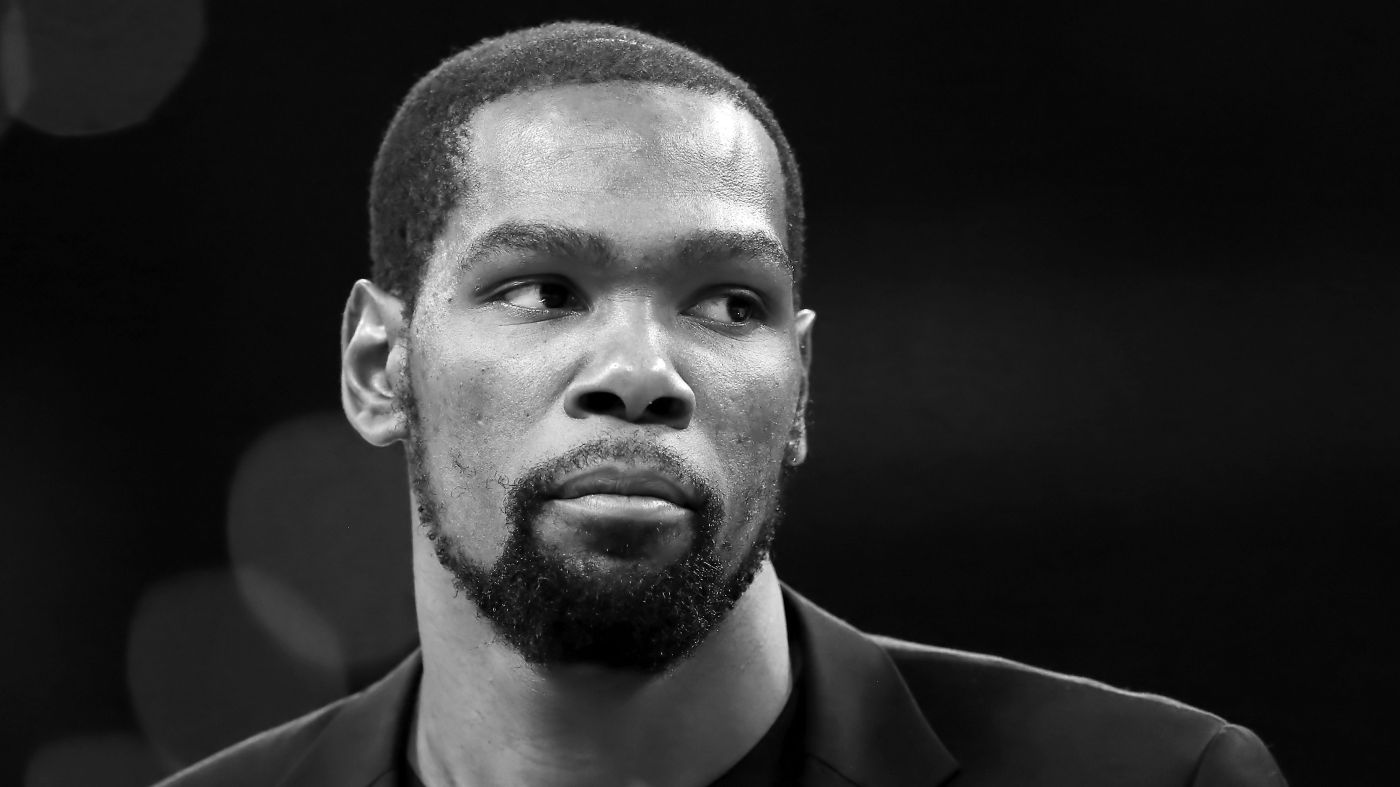 Kevin Durant’s black pride is stronger than ever: ‘This is about our culture’ Read now

In the meantime, Love is still involved in sports as a Peloton cycling instructor with 450,000 Instagram followers. According to Business Insider, Peloton reported a 66% increase in sales in the most recent quarter during the pandemic with more than 860,000 subscribers. The virtual bike riding has helped Love deal with COVID-19.

Peloton, which arrived on the scene in 2012 offering boutique cycling classes online, became intrigued with Love after watching her host games for the Nets and seeing her work as an Adidas global ambassador. She was hired after a 15-minute tryout about 3½ years ago, and is quite popular due to her upbeat personality and words of wisdom.

During the pandemic, Love has been teaching classes from her home in New York City, where she received equipment that Peloton technicians helped her set up over FaceTime.

“We have been able to stream classes live from home,” Love said. “Someone said, which was quite funny, ‘How are you truly socially distancing when you have 25,000 people in your living room?’ That’s a good one. But we safely social distance and I was able to convert my living room into a studio and prioritize that.

✨FEEL GOOD ✨ Today I clip-in to Feel Good. I need it & I’m ready for it. I do want to note that Feeling Good goes in tandem with still putting in the WORK to do better, to be better….I want you to join me! Grab a friend and meet me in this ride! ✨ #loveSquad #onepeloton

“I know what it means to want to take a new class and want to be a part of this Peloton community. … I know the value and the upside of getting a refresher of working out and clearing your mind and filling up your heart and your soul with motivation, good music and a solid road map with some of the best instructors in the world that have a love of humanity.”

Love also stays busy with philanthropic work. Love is the creator and CEO of Love Squad, a women’s organization with a goal “to unleash their inner boss and reclaim their power by facilitating educational and honest conversations.” This platforms has reached the masses in a space where conversations and change can take place during open discussions about women’s empowerment. During the pandemic, the Alvin Ailey-trained dancer held a virtual event on April 8 centered on building, refining and refreshing your brand.

“We know information changes lives. The catalyst for change is conversation,” Love said. “Information is expensive. Knowledge is expensive. We want to open up and change that availability by making sure that is accessible. We scale to do virtual events and really streamline our content of operation.”

While Love won’t be able to hype up Nets crowds anytime soon, she’s keeping an eye on the NBA draft, which she has hosted at Barclays Center in recent years. The draft has been postponed until Oct. 15 due to the pandemic, but it is uncertain where the draft will be held and whether it will be in person or virtual.

“Safety is first. That is most important,” Love said. “The NBA has always been considerate in their approach. [The Nets] are handling a lot of moving parts. I know their priority is the safety of our community and the people first.”