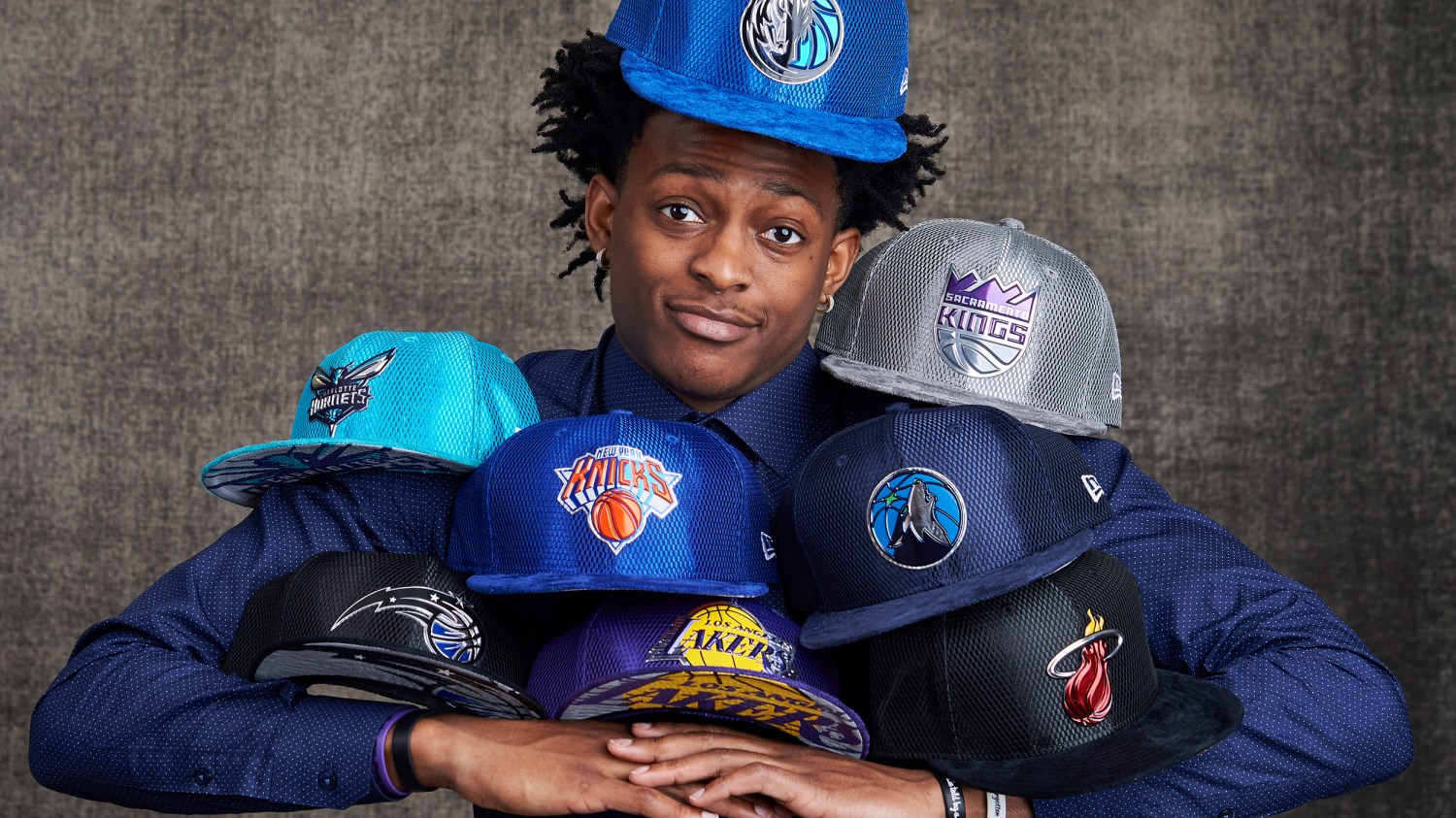 There could be a lot of wheeling and dealing at the start of the 2017 NBA draft on June 22. But let’s assume that every team keeps its pick. Washington guard Markelle Fultz would be the top pick by the Boston Celtics. After talking to a high-ranking NBA team executive, here is The Undefeated’s lottery mock draft.

Comment: Boston should trade this pick to the Chicago Bulls for All-Star Jimmy Butler, but expect the athletic and unselfish point guard to be selected.

Comment: Magic Johnson, the Lakers’ president of basketball operations, has been infatuated with this local kid with Magic-like passing skills from a famous shoe-selling family.

Comment: Don’t be surprised if Jackson ends up being the top player in the draft because of his Kobe Bryant-competitive nature, athleticism and improving jump shot.

Comment: Tatum kept improving as his freshman season progressed for the Blue Devils, has a 6-foot-11 wingspan and has an all-around skilled game.

Comment: The Sacramento Kings land a steal and long-coveted point guard who some NBA scouts believe is better than Ball. This speed demon, however, must improve his jump shot.

Comment: The versatile and athletic Isaac stays in Florida to fill a need at small forward for the Orlando Magic. He can protect the rim but needs to get stronger.

Comment: Finally, good news for New York. The Knicks desperately need a point guard and land one in the talented, athletic and hot-scoring Smith.

Comment: The Dallas Mavericks get a 7-footer to eventually replace the franchise’s greatest player in 7-footer Dirk Nowitzki, who could be a great mentor.

Comment: Long athlete with a decent skill set who runs the floor. Needs to get stronger but has major upside and some range on his jump shot.

Comment: Michael Jordan adds a Jordanesque-type of scorer to his Charlotte Hornets in the explosive Monk, who could play alongside All-Star Kemba Walker.

Comment: The Detroit Pistons fill a need for the future in a big, strong, pass-first point guard in a draft deep in point guard talent. Still needs to improve his jump shot.

Comment: Denver Nuggets budding superstar big man Nikola Jokic will not have to play center when the athletic, tough, shot-blocking Adebayo is on the floor.

Comment: The injury-plagued youngster would have been a high pick without his knee issues. Could be a great complement to center Hassan Whiteside.