NBA great Paul Silas was forged in Oakland, California, a product and part of its legendary Black history

A child during the Great Migration, the three-time NBA champion drew inspiration from the rare talents he grew up around to become one himself

Whether as a player or head coach, Paul Silas had a reputation for not suffering fools.

When he was 68, he was upset with one of his Charlotte Bobcats players, Tyrus Thomas, for chatting amiably with some Boston Celtics on the floor of play. Charlotte lost the game. Thomas, then 25, responded in the locker room after the game. When things became heated, Silas pushed Thomas into a locker.

The losing Silas could understand. The fraternization he could not. It speaks to his upbringing.

Silas died Sunday at the age of 79. He grew up in Oakland, California, and was a contemporary of Boston Celtics coach Bill Russell, centerfielder Curt Flood and Huey Newton of the Black Panther Party; their parents all left the South and moved to the West seeking economic opportunity.

Silas was born in Prescott, Arkansas, and his family moved to New York and Chicago before he was 6. His father, Leon, could never seem to put down roots.

When Silas was 8, like the parents of Russell, Flood and Newton, his family moved to Oakland during the second wave of Great Migration of African Americans from the South.

At the Oakland’s DeFremery Park, Silas was a willowy spectator watching Russell (whom younger boys dubbed “The Big Genie”) dominate games of three-on-three. Silas improved enough to get into highly contested pickup games in a community where oldheads boasted about the recent exploits of athletes such as Russell, and big league baseball stars Vada Pinson and Frank Robinson, and Flood. No-nonsense homeboys.

At McClymonds High School, Silas followed another tradition — the one of big men Russell, Joe Ellis, and Jim Hadnot — at the school locals referred to as “The Big Mac.” Ellis was a California Tournament of Champions Player of the Year in 1962, Northern California Player of the Year, and a University of San Francisco star who played with the San Francisco Warriors of the NBA. Hadnot was a Providence standout and center for the ABA’s Oakland Oaks.

One of Silas’ classmates was future Black Panther Party chief of staff David Hilliard. Paul was born one year after Newton. A year younger than Silas was his cousin, Houston Astros catcher Aaron Pointer. Three years younger was his cousin, Ruth Pointer, of The Pointer Sisters. Their dad was Silas’ uncle Elton. The Pointer girls lived in the upstairs of the house, Silas’ family occupied the ground floor.

Silas was always surrounded by talent.

Silas led The Big Mac to 68 straight wins over three seasons (only three shy of Lew Alcindor’s eventual national record of 71 at Manhattan’s Power Memorial). Despite his 30-point scoring average as a senior and Parade High School All-American status, his father, a Pullman porter, never came to the games. When it came time to choose a college, Paul wanted to follow in Russell’s and Ellis’ footsteps at USF. But he lacked the requisite B average. A Creighton University booster named Frank Walsh lived in the Bay Area, and hyped Creighton, a Jesuit college like USF. Walsh would visit the local car dealership where Silas worked as a buffer.

Finally, it was Silas’ dad who advised him to attend Creighton in Omaha, Nebraska. Silas’ father believed that the city, which he’d observed as a train stop, offered few temptations or troubles. Their most successful Black basketball player was Bob Gibson, who was named to the Jesuit All-American third team in his junior year. At Creighton, Silas became one of five major college players in NCAA history to average more than 20 points and 20 rebounds a game for his career. He had 22 games of 25 or more rebounds. On a road trip to Miami, he met a young boxer named Cassius Clay, who trained in Miami Beach. One of his teammates in 1963-64 was his 6-foot-4 cousin, Fritz Pointer.

It wasn’t all fun and games. Silas’ brother, William, died of a heart attack while enrolled at Creighton. 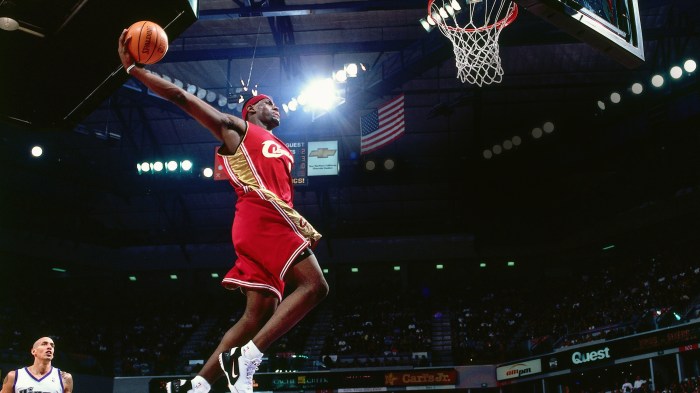 In 1964, Silas was drafted by a team for which Russell had refused to play, the St. Louis Hawks, the NBA’s southernmost franchise. There, for a team notorious for its hesitance to start too many Black players for home games (which led to the disillusionment of former Winston-Salem State dynamo Cleo Hill, and the resignation of Paul Seymour, who had championed Hill much to the chagrin of offensive trio Bob Pettit, Clyde Lovellette and Cliff Hagan), Silas was a ferocious rebounder for increasingly Black and athletic Hawks teams that featured “Pogo” Joe Caldwell, Bill Bridges, Lenny Wilkens, and Sweet Lou Hudson.

In 1968, the ball club moved even further south to Atlanta. When Caldwell was checking his family into a Holiday Inn in Atlanta, a car full of white passengers stopped and the passengers yelled, “Hey, n——” before the driver sped away. Caldwell’s sister said, “Well, you’re in the South now, brother.”

Silas played one season there before being dealt to the expansion Phoenix Suns, where he played in the frontcourt in 1969-70 with 28-year-old rookie Connie Hawkins. Together, they nearly defeated the Los Angeles Lakers in the 1970 Western Conference finals. Two years later, he was traded to the Boston Celtics for Phoenix’s right to sign ABA All-Star guard Charlie Scott. Silas’ board play freed up Boston’s undersized center Dave Cowens, and the team won championships in 1974 and 1976, including a triple-overtime Game 5 Boston Garden classic in the NBA Finals now known as “The Gar Heard Game.” Silas added another championship in 1979 with the Seattle Supersonics.

As a head coach, a position Silas lobbied for after years as an assistant, he won 387 games. He coached the injury-riddled 1980s San Diego Clippers, two stints with the Charlotte Hornets/Bobcats including four playoff berths with the Hornets, and the Cleveland Cavaliers of the early 2000s with a teenage LeBron James.

Sunday night, James called Silas “one of the greatest human beings I’ve ever been around.”

Silas emerged from a childhood admiring Russell, hearing tales of local sandlot legends and the rehearsal strains of The Pointer Sisters coming from upstairs to carve out his own legacy as an NBA enforcer and an exemplary champion. He lived NBA history, from the racial polarization of St. Louis Hawks through the rise of James.

Bijan C. Bayne, a frequent contributor to Andscape, is the author of Martha’s Vineyard Basketball: How A Resort League Defied Notions Of Race & Class.