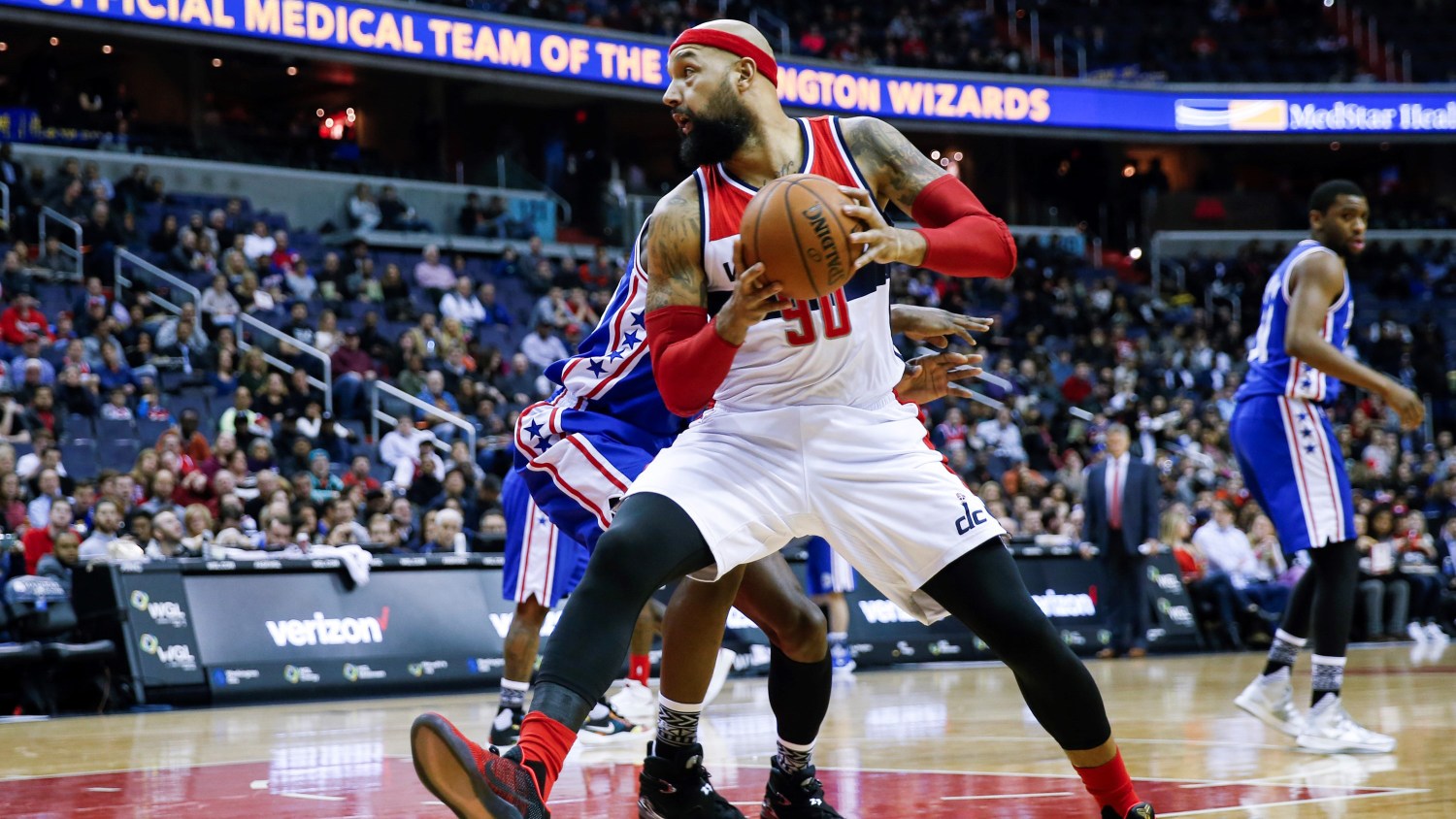 After a 14-year NBA career, the former Jayhawk will walk with the Kansas graduating class on Sunday

Drew Gooden is walking aimlessly in the middle of an unknown college campus. There are students who appear to know where they are going, but they don’t stop to help him. He doesn’t know who his professors are or what classes he needs to attend.

That recurring nightmare first haunted Gooden when he wentd from the University of Kansas to the NBA in 2002. He believes the dream was subconsciously telling him to finish his college education. And ever since he received his diploma from Kansas, a bachelor’s degree in communication in December 2016, that nightmare has stopped.

“One thing I hate is to leave something unfinished,” the 35-year-old Gooden told The Undefeated. “I’ve been fortunate at every part of my life, even in my basketball career, that I’ve been able to walk away from stages of the game and stages of life feeling fulfilled. With the school, I never had closure.

“When I got my degree, it was basically like a relief. I haven’t had that dream since I graduated. It was a relief because there was something missing in my life that was incomplete. It was getting the degree.”

Gooden led the nation in rebounding as a junior, and the Jayhawks advanced to the 2002 Final Four. Kansas retired the 2002 NABC National Player of the Year’s No. 0 jersey after his national honor.

Gooden opted to depart to the NBA after his junior season and vowed during a news conference on April 19, 2002, that “I will get my degree.” He made a promise to his mother, Ulla Lear, and then-Kansas coach Roy Williams.

“I looked Roy Williams and my mom in the eye and said, ‘I’m entering the draft, but I’m going to complete my degree,’ ” Gooden said.

Gooden was selected with the fourth overall pick in the 2002 NBA draft by the Memphis Grizzlies and made the 2003 NBA All-Rookie first team. He averaged 11 points and 7.1 rebounds in 790 games during 14 NBA seasons. He also played for the Orlando Magic, Cleveland Cavaliers, Chicago Bulls, Sacramento Kings, San Antonio Spurs, Dallas Mavericks, Los Angeles Clippers, Milwaukee Bucks and Washington Wizards.

Gooden made $67.9 million during his NBA career, according to Basketball Reference’s website. Meanwhile, he struggled to get his degree completed.

“There were a lot of reasons,” Gooden said. “You have bumps in the road with certain classes that were time-consuming and rigorous with the NBA schedule. People don’t know how tough it is actually playing an 82-game season and having a Western Civilization class. There were times that I had to withdraw from classes because it was too much or I had to take it in the summer.

“The toughest time I had with classes was when I was playing with the Bucks. I was taking online classes and registering for proctored exams at the University of Milwaukee-Wisconsin. I was testing at the University of Milwaukee three times a month for a whole school year. That took a lot of time. I want to say thank God I was hurt so I had a little more time to knock it out. That was probably a stretch where I knocked out a lot during that spurt.”

Gooden said he pushed harder to finally finish his degree over the past two years of his NBA career after learning that the curriculum of Kansas’ communication program was changing. The change would add to the courses needed to graduate. His NBA career ended after the 2015-16 season with the Wizards, and suddenly he had more time to complete his education. Gooden said Scott “Scooter” Ward, the Kansas associate athletic director of academic and career counseling, pushed him to complete his degree with countless phone calls and e-mails.

Ward gave Gooden the word in December 2016 that he earned his degree. An appreciative Gooden bought Ward a fancy Breitling watch with the Kansas school colors.

“I had to buy a graduation gift for my counselor who put up with me all these damn years to make sure I was on track to graduate,” Gooden said. “He had some heart failure. He had open-heart surgery. He’s already in a wheelchair. He’s paralyzed from the waist down. He’s been going through it.

“But he’s a Jayhawk legend. That’s who has been with me for the last 13 years knocking this out. He didn’t have to do it. He did all the groundwork for me from afar even though he is an academic adviser for the kids currently enrolled there at KU.”

An excited Gooden received his diploma in mid-December from Kansas, but he said he called “like 10 times” beforehand to make sure they had the correct address.

Gooden said it is important for him to walk in the graduation ceremony on Sunday at Campanile Hill. He said about 10 of his former Kansas teammates plan to attend, including Oklahoma City Thunder forward Nick Collison. Gooden said his father, Andrew, his mother and 4-year-old son, Drew IV, will also be at the ceremony, and there will be a postgraduation party.

It probably won’t be hard to spot Gooden, who’s 6-feet-10, wearing a cap and gown at the graduation.

“I want to experience the whole process receiving my diploma on the stage,” Gooden said. “Even though I have my diploma, I still want to go through the process of wearing the cap and gown, having my mom and dad being able to witness that. I promised them long ago. They got to see me get drafted and have a good career in the league, and now they get to come back and see me get my degree and have another celebration.”

Gooden plans on getting his master’s degree in business and is currently a trainee with the NBA basketball operations management development program. He has been seen regularly giving analysis on NBA TV and recently co-hosted an NBA show on SiriusXM satellite radio. He is interested in doing more NBA media work on television and radio.

Gooden is proud that he is the first man in his family to graduate from college.

“Right next to the trophy case with my awards from basketball will be my awards from going to school from an educational standpoint,” Gooden said. “Just like you get awards in athletics, I have awards in academics, too. I want [my son] to see both of those. My sister was the first to get a degree in our family, but I was the first man. It says a lot.

“My dad told me, ‘You’re the first man to get a degree in our family.’ He was proud. My dad went to college for two years, dropped out and never went back. He was always on me about school my whole life. My dad was the dad that dropped me off to school every day until I was a senior in high school. School was important to him, even though he didn’t finish.”

During his youth in California, Gooden lived in the tough and impoverished East Bay neighborhoods of East Oakland, West Oakland, San Pablo and Richmond. He hopes that his degree will give kids from his old neighborhoods the motivation to complete a college education.

“I’ve seen the struggles of all the people in the Bay Area,” Gooden said. “I lived all over the place in the Bay. There is no excuse. There hasn’t been one ’hood I haven’t lived in. If I did it, anybody can do it.