Long before Josh Bell ever set foot on Half Street SE in Washington, the capital of the United States of America had been on his mind for years. Decades, in fact. These days, the kid from Texas who plays first base for the Washington Nationals has come full circle with one of his first loves not named baseball: reading.

Last week, the franchise announced the launch of the Josh Bell Book Club, a monthly virtual event that will feature a different selection each month until September. It’s an idea that has developed from his time with the Pittsburgh Pirates, who traded Bell to Washington on Christmas Eve of 2020.

In Pittsburgh, his group’s focus had more of a social justice bent. In June, he was among the panelists in the MLB-sponsored roundtable discussion: Being Black in Baseball and America. In Washington, the goal is to communicate — along with local libraries — with adults, for the overall betterment of themselves as individuals. “Books – Betterment – Progress” is the tagline, which is as much an indication of Bell’s personal growth as anything.

“I got to the end of that book club, we read Just Mercy [the book by Bryan Stevenson which later became a feature film starring Michael B. Jordan], we read The New Jim Crow [by Michelle Alexander] and we get to the end of that and I was like, man, I educated myself,” Bell recalled last month. “There are a lot of things wrong with the world. Like, what can I do? I talked to my parents, talked to my girlfriend about it, and they were like, why don’t you inspire others the same way that you are inspired? Like, what are the books that, you know, made you who you are today?”

The first title in the series is The Mental Game of Baseball: A Guide to Peak Performance by H.A. Dorfman and Karl Kuehl, a book that explores the psychological toughness it takes to succeed in the sport at the highest level. His agent gave it to him when he first signed.

“I’m 19 years old and I’m heading into the minor leagues. We got 13-hour bus rides all over the country,” he said of his first experience with the book, which will be the feature of the first event on May 23. “I crack open this book for the first time. And since then I’ve read it like three or four times. I get new copies and annotate through again.”

Yes, he’s one of those guys. A skill that he undoubtedly picked up coming from a family of educators. We’re talking about a dude who told big league teams to stay away from him when he was in high school because he planned to go to college. That plan changed, and years later he’s in the big leagues, trying to teach adults how to achieve their best selves.

“They call it the preferred library partner, which is wonderful. They asked if we would be interested and I was like, yes!” said Ted Kavich, the administrative services division director of the Fairfax County Library System in Northern Virginia. “It seems like such a win-win right? Working with them is delightful.”

In the area, the other group involved is the Prince George’s County Memorial Library System, which has partnered with the Nationals for two seasons now. Typically, when you think of library and programming, it’s focused on kids, or perhaps senior citizens – but other regular everyday folks who just enjoy reading are as much a part of this community as any.

Nicholas A. Brown is the chief operating officer for communication and outreach for the system. He was impressed that not only have the Nationals been doing quite a bit of work in the community, from STEM education to food insecurity awareness, but also that this idea came from Bell himself.

“It was really interesting to see how his story of coming up matches the story of people that live in our community here in Prince George’s County and in D.C. and Montgomery and, and over in Virginia as well,” Brown said. “It gives folks a really great opportunity to kind of dive into self-improvement in a safe space. Throughout this whole series, there’s going to be different discussions around like leadership, performance as with this first book selection and also, uh, getting into topics like diversity and such.”

But for all everyday citizens this program looks to help, Bell’s journey to the city in fact started with a kids’ book called Nightwalkers.

Myrtle Bell is talking about what happened recently when she went to find the book that began her son’s love of literature.

“It’s about a little boy who becomes friends with an elephant. His name is James,” she explained. “The elephant’s name is Daisy. And Daisy would come to his window and he gets on Daisy and they go around the city. During their night walks through the city, he realizes Daisy is searching for something. But what would an elephant be looking for in the streets of Washington, D.C.?”

She paused. At the time, she had marginally remembered that her son’s favorite tale involved a place where he was currently living and playing right now, but once she revisited the book after he announced the club, it was a moving experience.

“I opened the book and there it was in the cover and it just gave me, like, chills all over, and I’m getting it again now.”

Strange serendipity aside, it’s no coincidence that the former USA Today All-USA high school baseball team member is so focused and well-read. His mother is a college professor. As are more than a handful of his household and closest family members. It’s in his blood. Bell’s deliberate nature started in the womb.

“He pays attention. When he was born, I was just starting a doctoral program,” Myrtle Bell noted. “I was working full time and going to school as well. And I would come home from class at 10:30 at night, 11 o’clock and nurse him. So he was always around books and studying and work and thinking. I really believe that him being in my uterus when I was in school might have affected him in terms of being a deliberative person. He’s really thoughtful.”

The topic of the book is not lost on anyone involved. A young Black boy rides around on a zoo animal taking shortcuts through Rock Creek Park to solve various conundrums in life and exploring the family dynamic of foster children and parents. 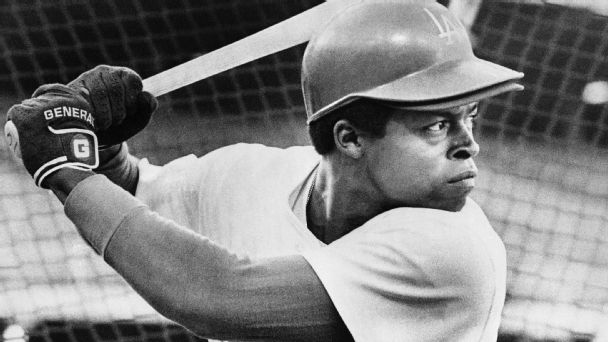 “Little Black boy in his pajamas, riding on the back of an elephant. It’s really, you know, it’s an absurd story, but it’s such a sweet story,” Myrtle Bell explained. “It talks about perseverance. This is what Josh is about, you know, and hope. And the meaning of family is a perfect book for him. And it was in D.C. Of all the places for it to be.”

In a post-pandemic era, the mother of the 6-foot, 240-pound big bat sees books as a way to, oddly enough, spice up the routine in life, even if in a relaxing way.

“Adults’ lives are so busy and so frazzled. And if we take some time to read, it can be relaxing as well as educating. And I think it’s a great idea. I think it’s a great idea to include adults who then can also include their children and other kids in their lives, but children model and see what you do. And so that may also be another way of reaching children through the backdoor.”

On game day, James Cullen plans to be ready. A Los Angeles native who moved to Fairfax County, he was like many MLB fans in the Washington metro area: went to Baltimore Orioles games here and there, but once the Nationals came to town he was all-in. The Sherwood Regional librarian attended the first game for the franchise at RFK Stadium back in 2005. An OG Nats fan, if you will, was picked to help host the first Bell Book Club meeting with Bell.

“I’m a big baseball fan, big Nats. And two, I have some book club experience,” Cullen said. “I used to run a book club at one of the other branches here. So it was kind of a perfect thing for me. And I was very happy to accept. It’s new for me to, you know, work with a big organization like this, but I’m excited about it. I think it’s great. I think baseball players and all athletes are, can be role models for everybody, not just kids or teens, but adults too.”

Sounds basic, but it’s true. Bell hasn’t gotten off to the start he wanted to, but that’s just part of the puzzle right now. Outside of the ballpark, Bell hopes to spread some love. There will be five installments of the club, each occurring on Sunday evenings, presumably to catch everyone at the lovely part of the calendar where everything is done for the week, but nothing has begun for the following one.

Bell isn’t a superstar. He participated in the Home Run Derby as an All-Star in 2019 but, like many Black players, he isn’t exactly a household name because it’s not like MLB does that particular brand of marketing well. But for the kid who came out of high school, this book club is a natural extension of something that might break the average stereotype of guys in the bus leagues.

It’s not all beer and pizza and rain delays at the lower levels of the game. A lot of guys, knowing full well that getting a nonliving wage might not pay the bills forever, or really ever, were maximizing their time as much as possible and Bell fit right in.

“There were kids, I say kids, but there were guys that were in school, like online, like University of Phoenix,” Bell pointed out. “So we had guys like, truly studying. We had, like, the back of the bus where we’d have our lights on. It’d be 3 o’clock in the morning, you couldn’t sleep. And then in front of the bus, everything was lights out.”

And just like in the minors, the journey is as much a part of anything as the achievement. Bell is still a relatively young veteran, but his wisdom is apparent. In a city like Washington, to have a large, Black, dreadlocked man with the home team’s jersey on preaching the value of reading is in a word, incredible. MLB should take notice next time it’s looking for someone to highlight to promote the game.

“I think that self-growth, self-empowerment, self-improvement is something that’s so important and it’s kind of forgotten,” Bell said. “You get so caught up in your daily routine and you come home and you watch your shows and it’s like rinse and repeat. You wake up 10 years later. And you’re like, man, I’ve been doing the same thing for so long. But for me I’m really striving to be, you know, a light in the world.”