From Vladimir Guerrero Jr. to Fernando Tatis Jr., and others, the family ties in baseball were strong in Denver

DENVER — On July 7, 1998, Jeffrie Delaney was doing what every other baseball fan in America was doing: watching Ken Griffey Jr. hit baseballs. The man known as The Kid put on a show the likes of which we’d never seen before. It was the first one live on TV. And the Seattle Mariners star almost didn’t participate. But after he was talked into it by Joe Morgan — who played with his dad — he put on a show that gave the event the gravitas to grow into what it is now.

The fans at Coors Field who booed Griffey when he received an award for getting the most All-Star fan votes that year ended up getting a front-row seat to a great show, which ended up being his second Home Run Derby title. But Delaney’s seat was better.

He was on the field.

On July 12, he was back at Coors Field. Griffey was there, too. But the latter wasn’t launching balls into the mountain sky, and the now 38-year-old who had been one of the young players shagging balls was there with someone else: his 9-year-old son.

They say that baseball is a game passed from fathers to sons, a phrase that in these times is exclusionary and off-base — but still not untrue. The thread of fathers and sons was ever-present last weekend in Denver, the ad hoc host of the Midsummer Classic since the event was moved from Atlanta.

Two decades after the young chubby-cheeked Vladimir Guerrero Jr. was running around with his dad at All-Star games, he won the game’s MVP trophy. And one of the stars of the weekend was, of course, Fernando Tatis Jr., the San Diego Padres megastar whose father was a big leaguer as well. We also saw Darren Baker, son of current Houston Astros manager Dusty Baker — and whom many remember nearly getting wrecked at home plate during the playoffs as a toddler ball boy — get drafted by the Washington Nationals, a team his father used to manage.

Delaney’s path to festivities was a little more relatable to the average fan. He started off playing in the Montbello Falcons Youth League, then on to Montbello High School, a major-minority school that closed in 2014. The baseball team was extremely successful, putting a handful of guys into college ball, including Delaney.

“We were the first to do a lot of things here in Colorado, for minorities to even play baseball,” Delaney explained. “The coach at the time was Herbert Sanders. He took us kids that didn’t really have opportunities elsewhere with other programs around town, and he made it happen for us. It was a big thing, man.”

Now Sanders runs a program called Full Count Baseball Ministries that uses faith and baseball principles to mold young players. But Delaney’s time with Denver’s RBI (Reviving Baseball in Inner Cities) program landed him on the field with his teammates shagging balls from their favorite players.

It’s an experience that, overall, he remembers so fondly, and is trying to instill in his son Jayden, who was all smiles at the park.

“I’ve been trying to teach them the history of the game and let them know that like, you know, he definitely had the opportunity to make a big splash out here,” Delaney said. “There’s a lot of hard, hard work, blood, sweat and tears that go into it, but just the passion about the game and just loving it for what it is. And, you know, if you get to making it to the big time, that’s great. But if not, you know, you meet the relationships with people and just being able to travel and get different experiences and getting outside of the city, I think that’s the most important things, man. And just being able to be well-cultured, and real rounded when it comes to meeting new people and knowing how to be a good citizen in this world that we’re living in right now.”

His RBI team got to play in the Astrodome back in the day, and the former outfielder ended up walking on at Grambling State University, the storied historically Black college and university baseball program. Where he learned a few things about the world, too. 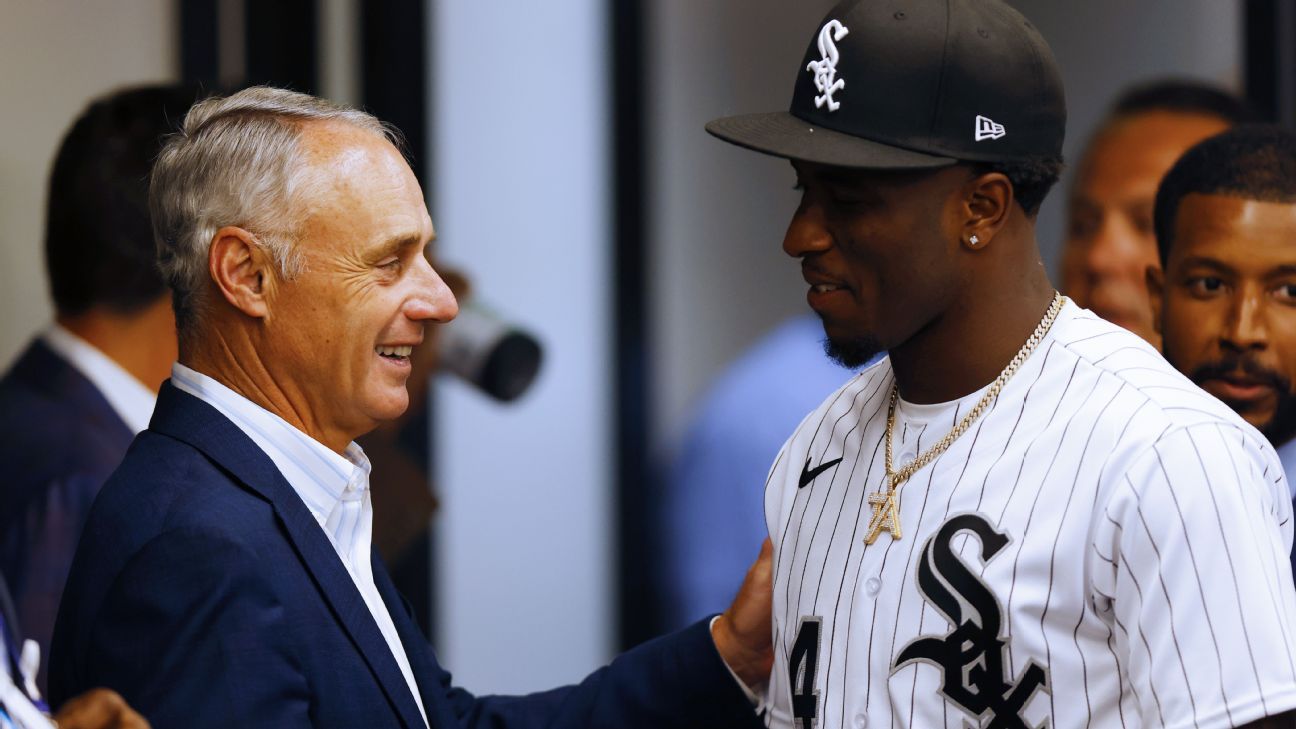 “It wasn’t easy, man. You know, definitely coming from Colorado,” he said with a laugh. “They think we riding horses and skiing all the time. But I earned my keep and it was something great to be a part of.”

Delaney, his son Jayden, along with his old RBI teammate Bryan Sanders and his son, all went together and had a grand old time.

“I loved it, man, being able to, you know, see the balls fly out of the park and those balls definitely travel a little bit different here being in higher elevation,” Delaney said. “For him [Jayden], it was just the experience of being in the ballpark. That was only his second time there. Being around all the people and just seeing all the different cultures and, and just watching all the big-time players hit home runs. It’s a lot different than being at home, watching it on TV.”

Bryson Bourn has never watched his dad on TV. But Tuesday before the 2021 MLB All-Star Game, his eyes were extremely wide and focused on the batting cages. His father, Michael Bourn, played in the MLB for 11 years but is now working with The Players Alliance, which received a $150 million gift from the league the day before. On Tuesday, the two were just hanging out on the field, talking to players and getting autographs for fun.

In his day, he was known as a light-hitting guy with speed. But those kinds of generalizations are irrelevant in some regards. He played in 1,300-plus big league contests. That tells you all you need to know about his game. Michael Bourn was gifted, resourceful and smart. Certainly he passes that down to his son as best he can. Like many brothas, he’s just plain a fan of the game for what it is. Whatever the level.

He was a standout in high school, an excellent collegiate player and played on six big league teams. Dude knows what he’s talking about, never mind doing.

“I was able to play 11 years, had a good career, when it comes to a lot of things I was able to accomplish, and I’m always going to miss it as an athlete,” Bourn said, standing on the warning track behind the plate. “But you know, I also like looking at it and paying attention to it and watching and teaching him. I like being hands-on with him, so I could teach him the inside of the game so he can have a high baseball IQ.”

Yes, reminder it requires a lot of smarts to play major league baseball for that long. So when the commissioner’s office committed $150 million to the nonprofit, which effectively puts money as close as possible directly in the hands of many Black players, all of whom were big leaguers, to help develop the game in our own communities, you had to take notice.

That agreement started back in September 2020. Even then, $10 million felt like real money – $150 million feels like generational wealth. Which to an extent, metaphorically, it is paying for. Sure, would it be great if all these guys felt compelled/available enough to be around the game as actual MLB instructors, coaches and, God forbid, managers? Of course. Frankly, that’s not mutually exclusive.

But even so, the connections made to the big leagues via the guys who’ve made the climb is one that will require many lights to be lit along the way. Monday’s announcement is absolutely a bright one. But with the type of players you see at the lead of this: Edwin Jackson, Curtis Granderson, CC Sabathia, Cameron Maybin — straight-up pros pros — it’s impossible not to take it seriously. Again, they’re smart guys.

“I think it could be looked over some time, you know, just by athleticism, but I always teach [Bryson] right now that his best asset is his mind,” Bourn explained. “I learned as I went, and I would also help players that were younger than me, because I just learned, watched and listened. And that helped me teach the next people that were coming along with me.” 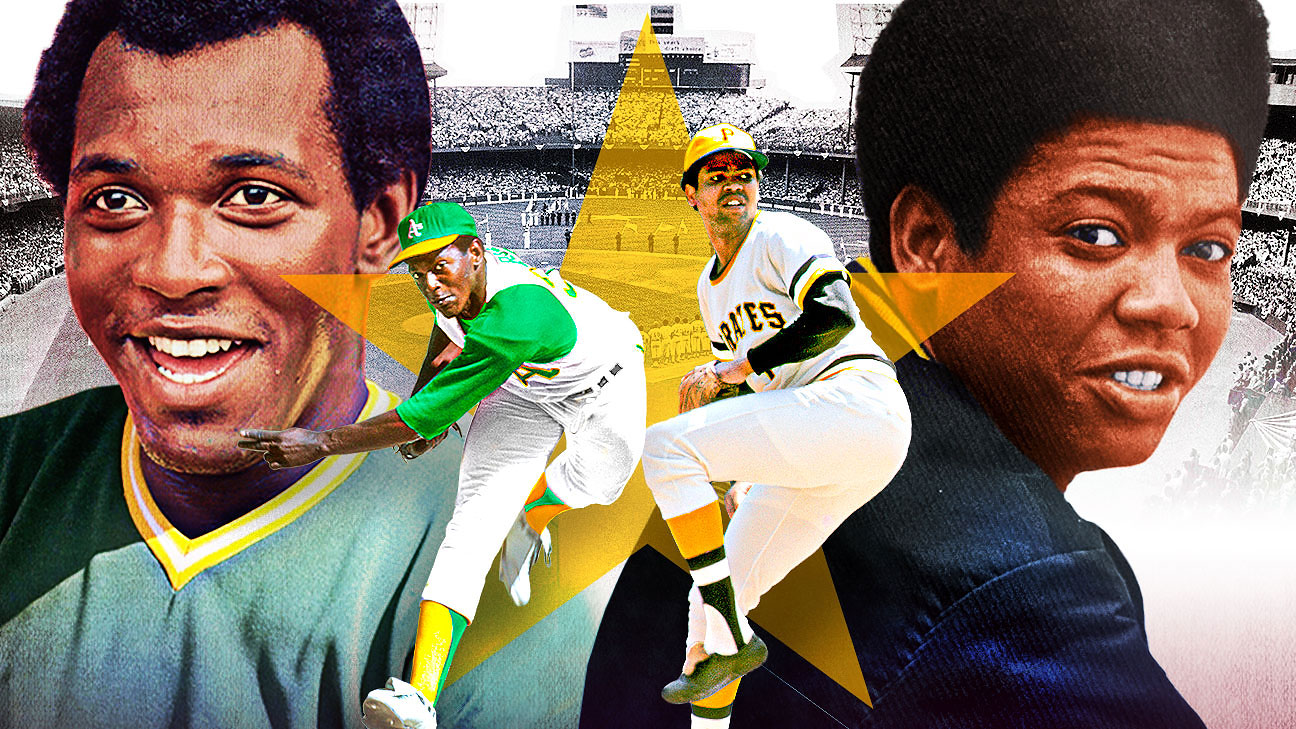 All the usual heavy hitters he enjoys: Tim Anderson, Mookie Betts, Josh Bell. But when Bourn brings up Roman Quinn, the Philadelphia Phillies center fielder, his whole demeanor changes. Similarly, when asked about Cedric Mullins, who was one of the 40 new faces at the All-Star Game this year, he got excited.

The two overlapped briefly in the Baltimore Orioles system, but overall he loves his game and was happy to see the 26-year-old make his first All-Star appearance.

“He’s an amazing talent, man. I want him to keep doing what he’s doing.” Bourn beamed. “Because he can be a face of a team. The [Orioles] are not having a lot of success, but if you’re talking about, like, talentwise, he got it going on, man.”

At that moment, a familiar voice booms in. “HEY BOURNY, HOW YOU DOING, MAN?!”

Over lumbers Terry “Tito” Francona, who is in a walking boot after an injury, with a huge smile on his face and a clear eagerness to move. He’d seen Bryson and couldn’t believe his eyes, in that way that you do when you remember that you just keep getting older, but kids grow too, and fast.

“Who do you want to meet? You know what? Come on,” Francona said as he pulled the 11-year-old under the rope to head straight toward the batter’s box, with Bryson rocking a look of Black boy joy the likes of which his body has never felt.

It was the kind of moment that reminded you of why anyone does this at all, or ever did, or ever will continue to. There is still a childlike wonder about how baseball happens from playing to coaching to organizing to watching. And some moments are too pure to keep your eyes dry.

Five minutes later, Bryson is walking back, signed baseball in hand, over the moon.

“Tito. Thank you, man,” Bourn said with a two-hand handshake. He managed Bourn in his first two seasons in Cleveland, where Francona still is. “Thank you. Appreciate that.”

But Tito, a baseball lifer himself whose father also played in the big leagues, has seen this moment with his own eyes before, perhaps when he was a boy. And he knows talent when he sees it, still.

“He got a picture with Vlad, he got an autograph,” Francona said, much to Bourn’s delight. “Just so you know, he was like a star. He was awesome. Just like his dad.”