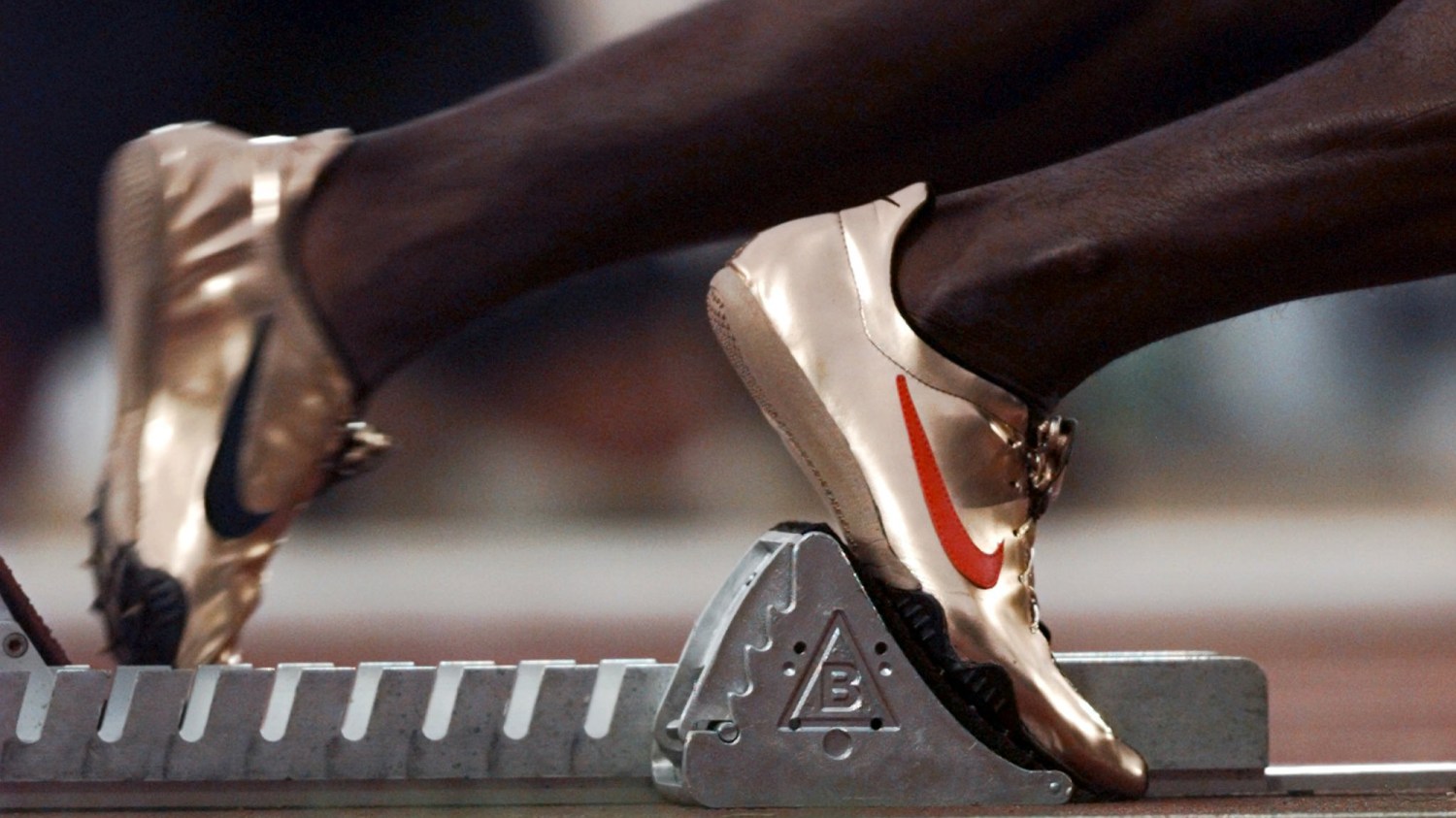 The golden shoes of Michael Johnson of the United States move from the blocks as he goes on to win his 2nd round 400 meter heat at the 1996 Summer Olympics in Atlanta, Saturday, July 27, 1996. AP Photo/Doug Mills

Minor sports getting squeezed out at HBCUs

When Clark Atlanta University announced this summer that it was suspending its men’s track and field program, alarms were sounded in some corners of the historically black colleges and universities landscape — as well in the community at large.

Was there not sufficient momentum built to sustain a viable track and field program for at least a couple of generations?

Isn’t there an almost unlimited number of potential men in the Atlanta area alone who can run and jump?

As it turns out, the truth is much more complicated, according to commissioners and athletic directors responsible for managing the musical chairs known as HBCU athletics.

It comes down to money and Title IX

But what it mainly boils down to are two things: money and Title IX, the federal law that mandates gender equity in college athletics.

How and why we need to develop the sport for our athletes
Before that, schools across the board, facing lower enrollments and shrinking budgets, had already begun reshaping their sports lineups, because noncompliance with Title IX could mean a loss of federal dollars for both public and private colleges and universities.

“The overarching issue is not HBCU athletic departments dropping sports,” said SWAC commissioner Duer Sharp. “We must first acknowledge that the business model for college athletics has changed, and lower-revenue institutions — not just HBCUs — are fighting to financially withstand some of those changes.”

The chain reaction is that HBCUs are facing stiffer competition for students from predominantly white mid-major institutions looking to keep all their numbers in balance.

The end result is an elimination and shifting of sports programs.

In the Division I MEAC, according to Brian Howard, the MEAC’s assistant director of media relations:

Declining enrollment, and the accompanying loss of dollars, plus decreased federal and state funding, contributes to budget woes that led to the elimination of some sports.

“Three out of the five states that host our schools have faced significant budgets cuts,” Sharp said. “A lot of HBCUs simply don’t have the resources to absorb the financial cuts and losses as well as the larger schools.”

The problems might get worse for Division I HBCUs. With the College Football Playoff and a greater emphasis on strength of schedule for major conferences, black colleges might soon get squeezed out of the so-called “road-kill” games that pay them $100,000 to $200,000 per game.

Those contests often provided a big chunk of the budget for HBCUs, which have spending levels of $4 million to $10 million, meaning in some cases an entire program’s budget is less than the salary of a Power 5 conference coach.

In the Division II CIAA:

A few other schools have made adjustments with women’s bowling and men’s tennis, according to CIAA director of communications Adrian Ferguson.

“Baseball is on the watch for us,” CIAA commissioner Jacqie McWilliams said Thursday in Durham, North Carolina, where she spoke during CIAA football media day. “Men’s tennis is a concern. I am concerned about the men’s sports in our conference.”

“Your athletics have to mirror enrollment,” she said. “If you have 70 percent women enrolled, you have to reflect that in athletics.”

Title IX mandates that universities provide participation opportunities for women and men that are substantially proportionate to their respective rates of enrollment of full-time undergraduate students, according to the NCAA website.

Then there is the elephant in the room: football.

“Anytime you have football, it presents a situation where it’s hard to have that balance,” Walker said, because no women’s programs have a roster as large as a football roster.

That’s why it’s typical in the CIAA for a school to have four to five men’s sports compared with six or seven women’s sports.

Add to that declining federal dollars for education, and a potentially volatile mix is in play.

Still, McWilliams, who is also chairman of the Division II Management Council, cautioned against using Title IX as an excuse.

“Title IX doesn’t mean that you get rid of sports; it means you can add sports,” McWilliams said. “I don’t like when people say we cut sports because of Title IX; that’s not why you cut sports. You don’t have the resources to manage your program.”

She said Title IX also gives schools a chance to be creative, such as adding sports such as soccer.

Sharp said the SWAC is looking at mixed team sports, as well as emerging sports for women, such as equestrian and fencing.

Cutting sports is not an easy decision

In the Division II SIAC:

“Suspending or reducing a varsity sport is not an easy decision,” said Clark Atlanta athletic director J. Lin Dawson in a statement on the school’s website. “The decision to right-size the department was based on resources, competitiveness, gender equity and facilities.”

In 2016, the SIAC added Central State University in Wilberforce, Ohio, as a full member before the 2015 season. The Marauders had become an associate member for football only in 2013, after it became a charter member of the Great Midwest Athletic Conference in 2012, which did not sponsor football.

Central State was able to revive football in 2005 with the help of some of its NFL alumni, such as Hugh Douglas, a former Philadelphia Eagles linebacker.

The team finished 5-5 in its first full season of SIAC play.

But the bigger concern is when a conference loses a sport.

“In the case of HBCUs,” said SIAC commissioner Gregory Moore, “the impacts are particularly troubling when you consider the enormous contributions black colleges make to advance the cause of diversity and inclusion.

“Although HBCUs make up approximately 5 percent of NCAA institutions, 32 out of 38 NCAA Division II African-American head football coaches for example [almost 90 percent] are employed at HBCUs.

“So when an HBCU institution drops a sport, it’s not simply a loss of an invaluable participation opportunity for our student-athletes, but very often a person of color has also lost a coaching opportunity at a time when we desperately need more minority and women coaches — not less.”

McWilliams said the CIAA is looking at possible expansion and adding an “associate membership,” where a school would compete in certain sports, such as baseball, to get the conference to the required six teams for its champion to qualify for an automatic NCAA tournament bid.

Beyond athletics, McWilliams said, many schools across the country are facing financial challenges because of decreases in state and federal funding.

“So the conversation will never go away,” she said. Down the road, she added, “some schools might not have the finances to keep more than 10, which is required at their institution.”

Moore of the SIAC agrees.

“My sense,” Moore said, “is that when you examine the challenges facing some smaller athletic departments, what we are seeing is a microcosm of the larger issue of income inequality simply playing itself on the intercollegiate landscape.”