Meet Babacar Sane, who ‘represents something a little bit different’ with the NBA’s G League Ignite

The NBA has been investing in the future of basketball in Africa in recent years through the likes of the Basketball Africa League and the NBA Academy Africa. And perhaps in new G League Ignite forward Babacar Sane, the NBA is showing its first sign of success that he hopes could inspire the next generation of aspiring African hoopers.

“I want to use this to help the development of basketball in Africa,” Sane told Andscape in a phone interview. “There are a lot of kids like me who have skills to showcase but haven’t been able to. This is a good thing for Africa.”

“I am excited for this opportunity to prepare my game for the next level to show people what I can do.”

Sane has a chance to make African basketball history on a couple of fronts.

“Babacar getting to this point is a realization of the predictable pathway we’ve been building for elite prospects from Africa since the launch of NBA Academy Africa in 2017,” BAL president Amadou Gallo Fall told Andscape. “Babacar continues to be a trail blazer for young players from Senegal and across the continent by becoming the first player to participate in the BAL Elevate program and sign a professional contract.

“We give credit to our basketball operations and Academy staff for honing his skills. His future is incredibly bright, and we are excited to watch him continue to develop as a player and leader under Coach [Jason] Hart.”

Sane was born on Sept. 19, 2003, in Ziguinchor, Senegal, in the Casamance region south of The Gambia along the Casamance River. He grew up in Bignona, a small town of about 25,000 that has produced such pro soccer players as Lamine Diarra, Moussa Wagué and Ibrahima Sonko. It was not known for producing any basketball players until Sane arrived.

Sane said he was originally playing basketball just for fun before he became inspired to work harder on his game by an impressed neighbor who had a brother playing college basketball in America.

“Basketball is not big there,” Sane said. “There are a lot of kids playing there that people never see. You got to go to [Senegal’s capital of] Dakar to show your talent.”

Sane said the NBA Academy Africa discovered him after he played in the SEED Project Hoop Forum. Sane was discovered by then-SEED director of operations Assane Badji, who is now operations manager at the NBA Africa Academy.

The Hoop Forum is an annual five-day event in Senegal for youths and guests to observe and participate in basketball camps, community engagement events, leadership and education workshops, cultural activities, and networking events. Since 2002, approximately 5,000 youths have participated in Hoop Forum activities.

“It all started when I played in the Hoop Forum and went back home. That was when the basketball academy called me to recruit me …,” said Sane, who also plays for the Senegal national team. “It was the best option for me, so I had to go.” 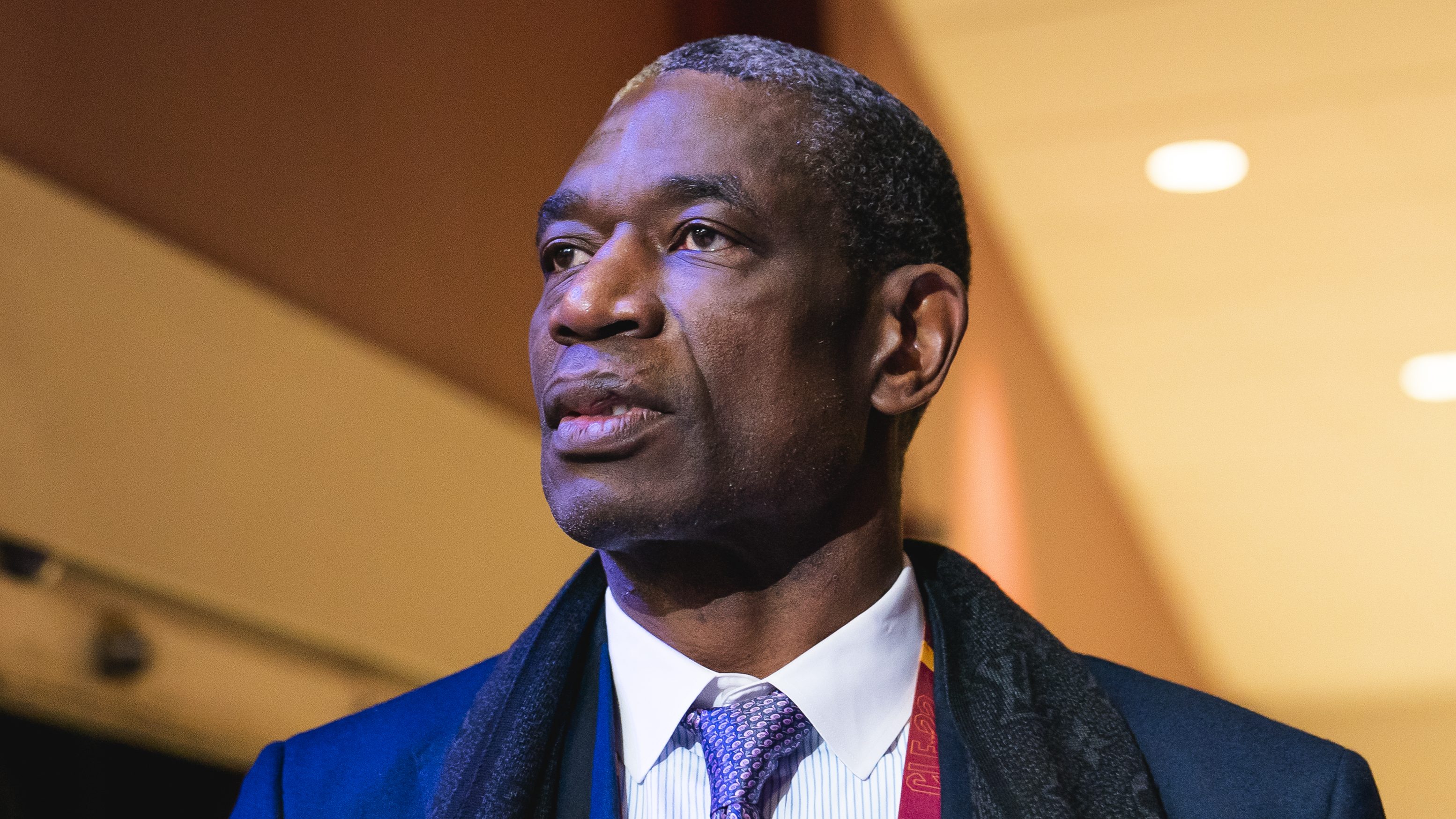 “He is a highly skilled, powerful, explosive wing with great body control,” NBA Academy Africa technical director Roland Houston told Andscape. “He is a three-level scorer. He can shoot the 3, create space and score from midrange and he finishes around the rim. He is a part of the new narrative as it relates to African players. Too often people comment about physical attributes, but rarely about skill and intelligence.”

The BAL announced a new program called BAL Elevate on March 2 that puts an NBA Academy Africa prospect on each of the 12 BAL teams for the 2022 season. At 18, Sane was added to Senegal’s Dakar Universite Club (DUC) team, which played in the BAL North regional in Dakar.

Sane averaged 4.0 points off the bench in 10.9 minutes in five contests with DUC Dakar and got crunch time minutes. He received interest from U.S. colleges and European professional clubs after playing in the BAL, Houston confirmed without giving detail. The G League Ignite, however, also had had an eye on Sane for a while, G League president Shareef Abdur-Rahim said.

Sane said he had the confidence to take the two-year offer from the Ignite after playing in the BAL.

“It helped a lot because after that I knew I could play wherever I wanted.”

Kuminga is a native of the Democratic Republic of Congo and came to the Ignite after playing high school and prep school basketball in the States. Abdur-Rahim was excited to land a player from the Ignite directly from Africa in Sane and another international player.

“Sane represents something a little bit different,” Abdur-Rahim told Andscape. “He is the first young man coming directly from the NBA Academy Africa with the investment and time you’ve seen from the NBA coming to Africa. He’s extremely talented and we’re excited for the Ignite coaches to add another player that can bring something unique to the team.

“[The] NBA Academy Africa coaches are doing a great job identifying and developing talent on the continent. Babacar is a great example of their work. I’m thrilled the G League Ignite can continue in the investment the NBA is making in developing players from Africa.”

The first Senegalese to play in the NBA was Makhtar N’Diaye with the Vancouver Grizzlies during the 1998-99 season. There have been 11 players from Senegal, including most notably Dieng who has played in over 600 games. Dieng was impressed by Sane when he played in World Cup qualification games with him on the Senegalese national team this past summer. Sane averaged 3.8 points and 2.4 rebounds in 9.4 minutes per game in five contests.

While Senegal is known for producing slender big men, Dieng believes the NBA will get a more well-rounded talent in Sane.

“That kid is very talented; I think he’s got it,” Dieng said. “He’s athletic and strong. That is very rare for Africans. Senegalese players aren’t typically built like that. He’s built. He’s ready. He will work on his body for a couple of years, but he’s got it.”

The NBA has had African stars such as Hakeem Olajuwon, Dikembe Mutombo, Joel Embiid, Pascal Siakam and now the NBA champion Kuminga. Sane wants to be next up.

“Before I joined the Ignite, I went to see my family,” Sane said. “Some of my family and friends are taking basketball seriously and are looking up to me.”