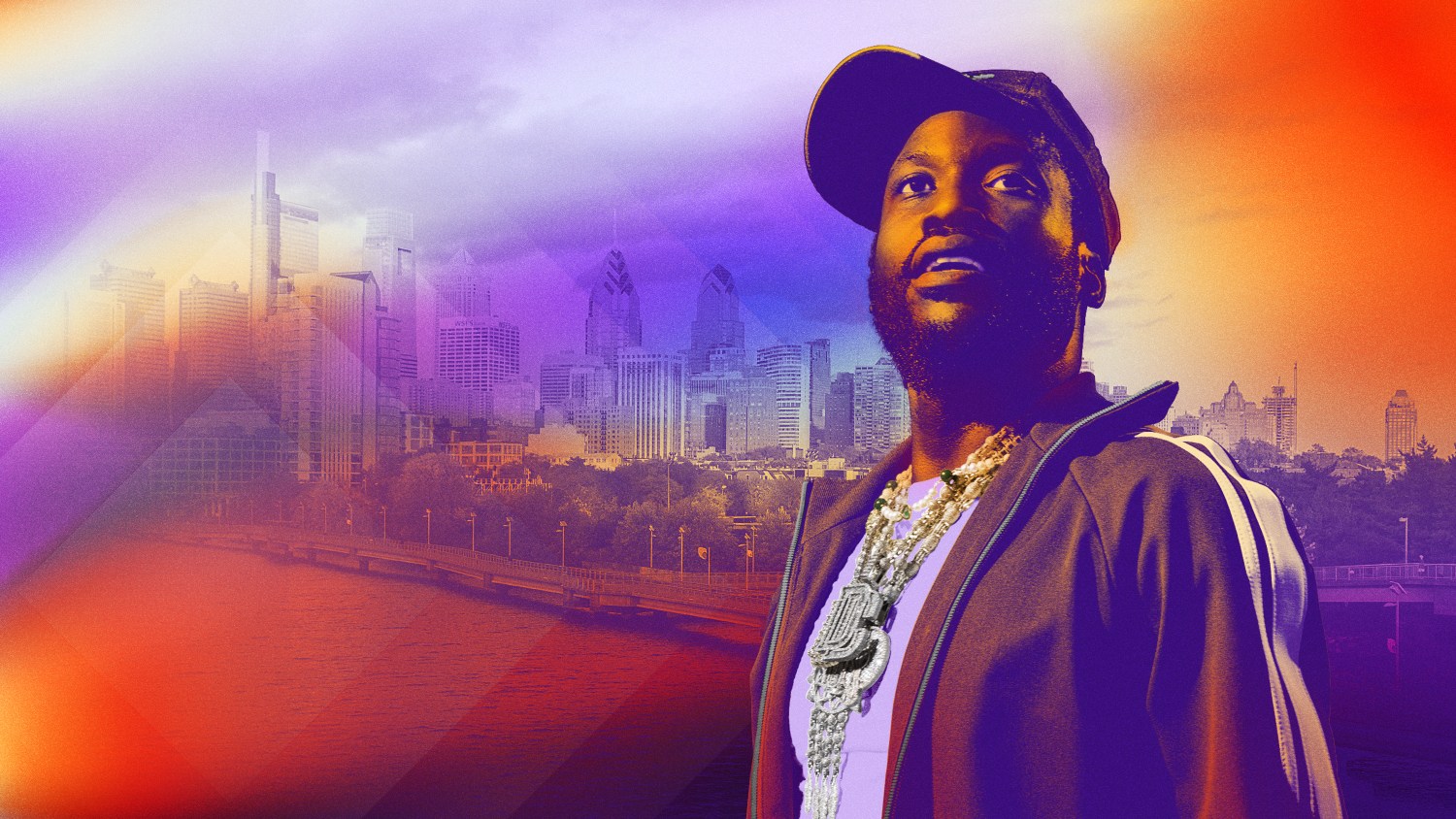 The enduring legacy of Meek Mill’s ‘Dreams and Nightmares’

Ten years after its release, the album’s intro still has a hold on rap fans

Hip Hop at 50 is our yearlong look at the people, sound, art, and impact of hip-hop culture on the world.

“The reason ‘Dreams and Nightmares’ resonates is because we literally know how it feels to be counted out,” said Al Torrance, a high school teacher and unofficial historian of Philadelphia’s rap scene. “Most know how it feels to ‘see your dreams unfold’ and ‘nightmares come true.’ ”

The first few seconds of “Dreams and Nightmares” establishes its tone, similar to what Juvenile’s “Back That Azz Up” does at parties, or UGK and OutKast’s “International Players Anthem (I Choose You)” does, well, just about anywhere. As soon as the song drops, people rap along to it passionately, no matter where they are: cookouts, parties, homecomings, even weddings. The song is so beloved, playing it at gatherings is a must, which is a testament to its staying power. “Dreams and Nightmares” is Meek Mill’s story, sure, but it’s also a quintessential underdog anthem. What the world loves about the Rocky movie franchise exists in this song — only its origin story for “Dreams and Nightmares” is on Berks Street in North Philadelphia.

Though “Dreams and Nightmares” is Philly to its core, the song’s appeal is far-reaching. Los Angeles Laker LeBron James has used it as a hymn to reflect on his career. Meek Mill performed the song at the NBA All-Star Game, and recently, on Monday Night Football. Drake — years before his infamous falling-out and eventual reunion with Meek Mill — dubbed the song “one of the best rap moments of our generation.”

Still, the track’s relevance in rap circles pales compared with what it means to the cultural lifeblood of Philadelphia. When Meek Mill was thrown in prison for a parole violation in 2017 and sentenced to two to four years in prison, the song became a rallying cry for the Eagles, who would capture their first Super Bowl title in 2018. Nearly every descriptor that’s ever been bestowed on the City of Brotherly Love reverberates in the song: Gritty. Grimy. Proud. Dangerous. Flashy.

The gift of hindsight is vital when looking back at a decade of Meek Mill’s most remarkable song. Back in 2012, Meek Mill was due for a record like “Dreams and Nightmares.” It had been bubbling his entire career. A Philadelphia native, Meek Mill first began making waves outside of the city in the mid-2000s, when the internet connected rap fans across the globe. His Philly peers, like local rap legends Reed Dollaz, Joey Jihad, E-Ness and Vodka, are now relics of the blog era. At the time, Meek Mill was a constant figure in the city’s next up-and-coming rap scene. He was one of more than a few seeking to escape the streets and find stardom, despite coming from a city that wasn’t always known for its advertised brotherly love.

“In the era when Meek was really coming up and getting his stripes, Meek wasn’t even the hottest boul. But he could spit,” said Torrance. “The kicker was that Meek, out of all those artists, was able to make a song.”

By the late 2000s, State Property’s glory days were in the rear view, and while rappers Beanie Sigel and Freeway were still stars in their own right, Philadelphia was in transition. By the turn of the decade, Meek Mill’s catalog was growing rapidly. He dropped The Real Me in 2006 and The Real Me 2 a year later. And Meek Mill’s Flamers mixtapes, all four of them, showed definite signs of evolution as he transformed from local battle rapper and mixtape regular to an artist with star potential if given the proper platform. Meek Mill’s Dreamchasers mixtapes with DJ Drama pushed him even closer to mainstream recognition. Meek Mill’s affiliation with Rick Ross’ Maybach Music Group was already paying dividends. He was a standout on compilation albums, guest features, and mixtape cuts like “In My Bag,” “Rose Red,” “Wonka” and “I’ma Boss.” 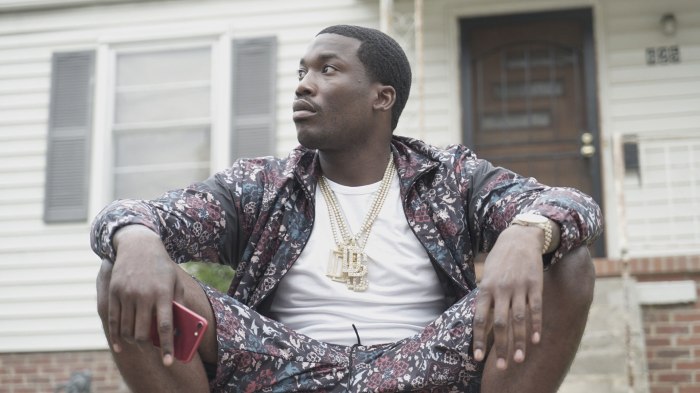 Running alongside a promising rap career was Meek Mill’s entanglements with the legal system. Long before he became a symbol of criminal justice reform in the late 2010s, Meek Mill’s legal woes were no secret in hip-hop circles. In 2007, he was arrested on drugs and weapons charges, and after the incident, he needed emergency medical care. The reason? Police said he pointed a gun at them before being taken into custody (which he has always denied). As a result, Meek Mill said “every last cop hit me when I got in,” and that he was rendered unconscious “from getting kicked in my face.” For his troubles, Meek Mill languished in jail for five months until he was able to make bail.

“Allegedly pointing a gun at a cop is almost a life sentence because you’re lucky the cop ain’t take your life,” Torrance said of the incident Meek Mill referred to on his Dreamchasers mixtape. “You know the cops gon’ dog you, beat you all up, throw crazy numbers at you. All those things play a part. Meek could’ve been just another brother who could rap, but stuck behind a wall.”

By the time his debut album, Dreams and Nightmares, was released in the fall of 2012, that’s what Meek Mill was up against. He’d have to grapple with the angel and devil scenario of what lay ahead and what could be taken away — and what had already been taken away due to years of incarceration, house arrests, and probation violations. While Dreams and Nightmares, the album, isn’t celebrated nearly as much as its much-beloved titular song, the project showcased Meek Mill’s talents and gave further credence as to why Ross wanted him to be part of Maybach Music Group. In retrospect, the cohesion Meek Mill lacked on his first album would materialize on later projects, such as 2017’s Wins and Losses and his 2018 opus, Championships.

But what was true then is still true now. Meek Mill reaches the apex of his abilities when he takes on diary-type entries, penned live from the trenches. On “Dreams and Nightmares,” the first few lines set the tone for the first 90 seconds of the track. “I used to pray for times like this, to rhyme like this,” Meek Mill said over a subdued beat. In the intro lives a relatable comeuppance story. The song is imbued with the burning desire most people have to elevate beyond their limited surroundings. It recounts what it’s like to be knocked down, stand up, and take pride in the process. That’s where the track cuts its teeth. 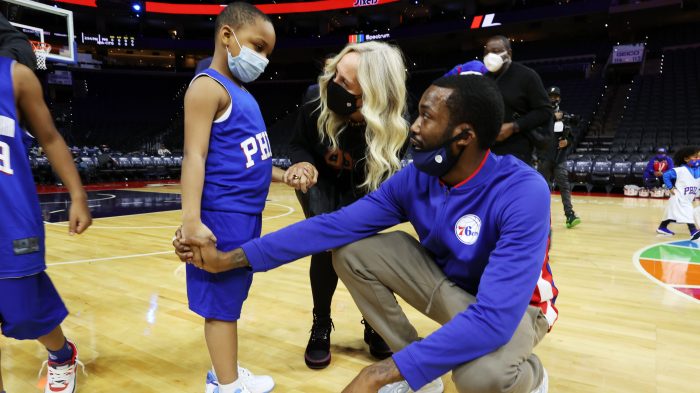 Every person is in search of something. Peace, family, fortune — a win of some sort to celebrate. Losses leave scars, some visible, but most below the surface. The types of moments that come to bookmark lives. The win that the mere thought of fuels when spiritual check engine lights appear. It’s the win we search for. “When I bought the Rolls-Royce they thought it was leased/ Then I bought that new Ferrari, hater, rest in peace/Hater, rest in peace, rest in peace to the parking lot,” Meek Mill closes the “dreams” portion. “Phantom so big, can’t even fit in the parking spot/You ain’t talkin’ bout my n—as then what you talkin’ bout?”

An unimpeachable truth in rap is the importance of an intro song on a project. It sets the tone. It’s the first track a listener hears and, fair or not, it serves as the litmus test of whether they’ll continue the journey. “Dreams and Nightmares” catapulted itself into rap history with help from producer The Beat Bully, whose sudden and intense change of pace fueled the song’s scrappy feeling. Triumph exists in the chaotic sound, and celebrations rise from the ruins left at Meek Mill’s feet.

“The same n— that came up and I had to wait for my spot/ And these n—s hatin’ on me, h–s waitin’ on me, he spewed. Still on that hood s—, my Rolls-Royce on E.” Yet, the following line reverberates with the promise of a self-fulfilled prophecy. “They gon’ remember me, I say remember me.”

There is no shortage of talent in Philadelphia’s musical lineage. Gamble and Huff, Harold Melvin & the Blue Notes, The Roots, Jill Scott, Kurupt, Patti LaBelle, Will Smith and DJ Jazzy Jeff, and Boyz II Men. Yet, dating to the days of city rap legends such as Schoolly D and Cool C, Teddy Pendergrass’ tragic car accident, Beanie Sigel’s problems with the law and attempts on his life — even Smith’s current post-Oscars predicament — Philadelphia artists are no stranger to adversity. Meek Mill is no exception.

What separates his situation — and what makes “Dreams and Nightmares” more of a celebration than a eulogy — is that he’s still here to write the story. He is a free man, something he’s still getting used to. His music, at least in the last few years, has been largely hit-or-miss for reasons that have to do with Meek Mill’s creative output and record label politics.

But in a city with legendary, monstrous rap odes like “Summertime” and the Roc-A-Fella Records-era classic “What We Do,” Meek Mill’s “Dreams and Nightmares” stands apart.

“Everyone feels that place … where you had to pick yourself up and handle it. Fall down seven times and get up eight,” said Torrance. “It’s really a lot to think about when you really unpack it. That’s the Black national anthem. The same way when we hear, Even though what we do is wrong. We go crazy.” 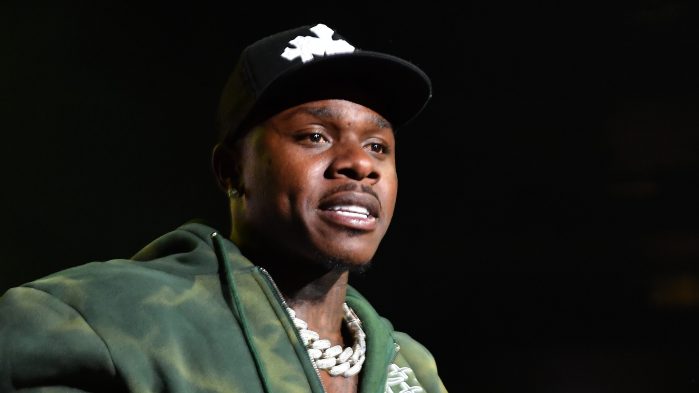 “Dreams and Nightmares” achieved street rap nirvana. That almost impossible balance of ’hood classic, commercial success, and spiritual cleanser. To some, it’s bigger than the Rocky theme. It’s an underdog anthem from a city that’s found immeasurable strength in being just that.

Some records define an artist’s career. That’s what “Dreams and Nightmares” is for Meek Mill. Is it the greatest intro in rap history? There’s a serious argument to be made that it is. Regardless where it lands on the list, “Dreams and Nightmares” is definitely in the conversation. What it did for rap, the city of Philadelphia and, most importantly, Meek Mill’s place in hip-hop, cannot be understated.

Right now, Meek Mill’s career is in transition. He’s constantly teasing new music — 2021’s Expensive Pain was met with mixed reviews. As he charts the next course of his career, the need to come out of the gate strong will only become louder. When Meek Mill focuses on transparency and vulnerability in his music, he’s at his best, though he’ll likely never top the cultural vise grip “Dreams and Nightmares” still has on the culture.

The good thing is he doesn’t need to.