MEAC/SWAC Challenge: Howard moving forward in more ways than one

Bison head coach Larry Scott: ‘No matter if it’s SWAC or MEAC, we are coming to play’

Howard University is known as an academic mecca. It is also known to hire coaches with great résumés in hopes of championships.

Its coach Larry Scott has a résumé like that. He’s coached at Florida, Tennessee, and Miami. He even turned down an opportunity to be Alabama coach Nick Saban’s tight ends coach to keep his focus at Howard.

The matchup against Alabama State in the Cricket MEAC/SWAC Challenge will be the Bison’s first opportunity to improve last season’s 3-8 record and provide a national stage for a school trying to win more than seven games for the first time since 1996. 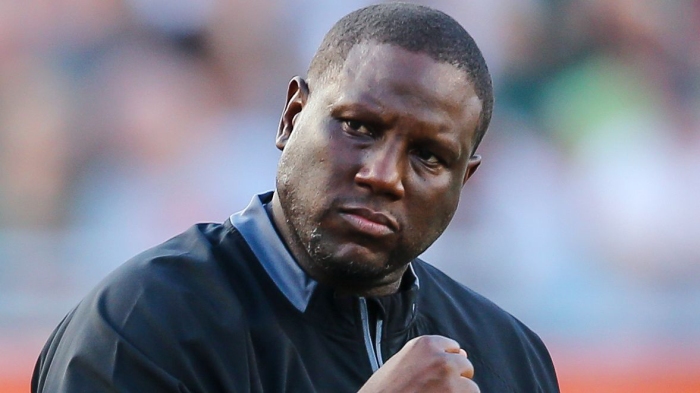 Scott signed the highest-ranked recruiting class in Howard history in 2021, and there’s an opportunity to woo even more players.

“This is the stage where you try to get your season off to a good start. This is the pressure they need to do it,” said John Grant, executive director of the MEAC/SWAC Challenge Kickoff and the Celebration Bowl.

Grant says last year’s game was the second most-watched FCS game on record and that he expects a great turnout this weekend.

“It puts light on HBCU football, and that’s a game that we are used to playing,” Scott told Andscape. “No matter if it’s SWAC or MEAC, we are coming to play.”

The Bison will also come to play in new uniforms Saturday. Howard’s 20-year partnership with Jordan Brand will debut during the MEAC/SWAC Challenge. (Cleats have already been leaked.) Nike hopes to create academic and athletic opportunities through the alliance. For Howard, the new alliance is all part of walking into the future.

Playing in different regions and conferences presents an unusual challenge for both coaches. There’s pressure for their first impression to set a tone for their seasons, but Scott said, “It’s always been about us being where we want to be as far as a great football team.

“It’s a big opportunity for our program and everyone involved. We are looking forward to this game.”

Doing well could spark hopes of a playoff position for a successful season. It all starts Saturday for Alabama State and Howard.