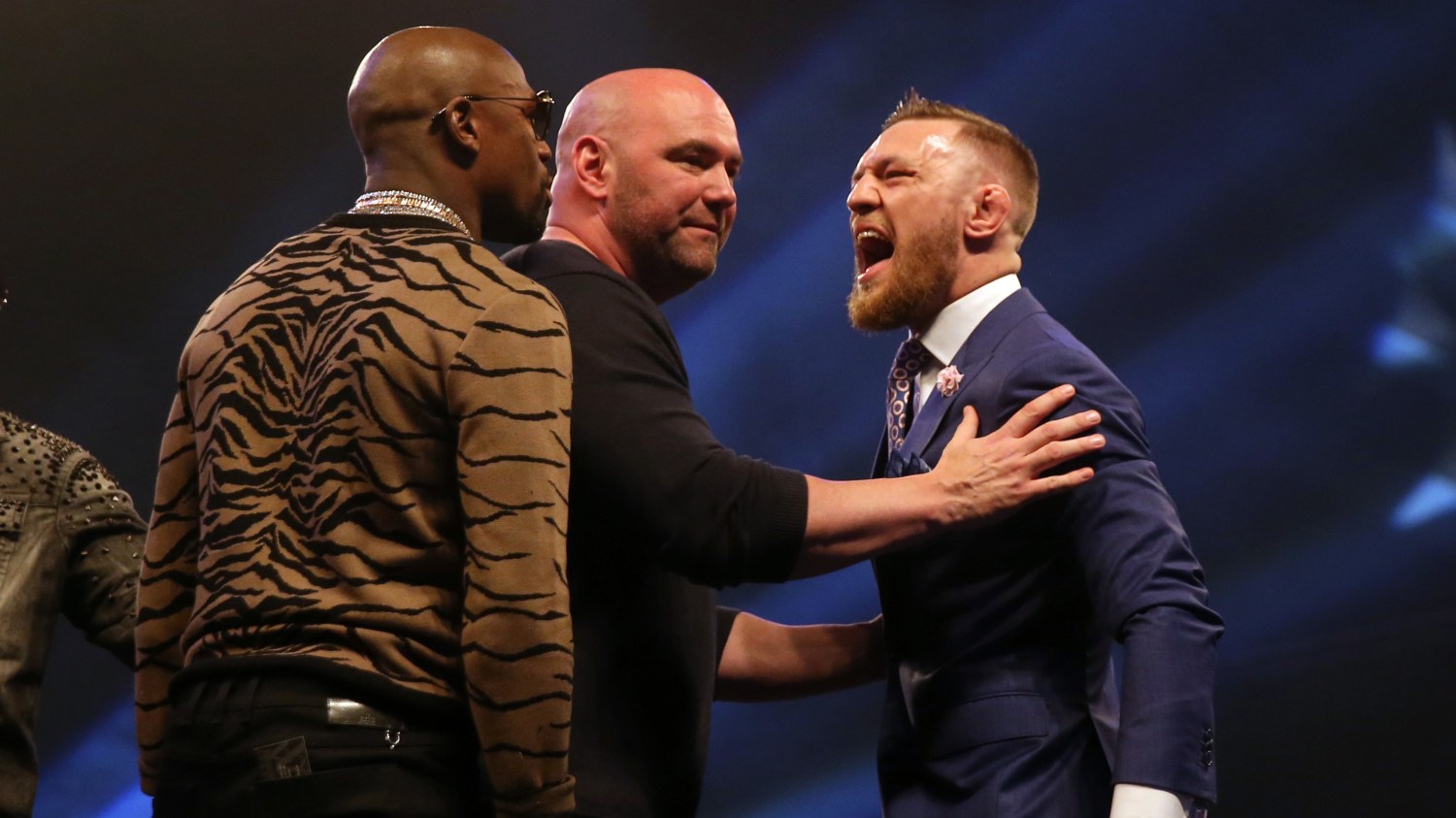 Mayweather and McGregor couldn’t sell a fight, so they sold hate

Their promotional tour sunk to new depths of racism, homophobia and misogyny

The stench began in Los Angeles and eventually spread to London, a four-act, one-week malodorous play designed to promote their August mismatch.

In one corner, a 49-0, five-time world boxing champion from Las Vegas. In the other, a mixed martial artist who’s never gloved up for anything past five rounds in his life. Floyd Mayweather Jr. and Conor McGregor tried to convince us their bout in six weeks would be an heirloom of a fight. They told us in so many curse words how they were going to put the other one to sleep, as if they were 10 years old and going to meet behind the cafeteria in grade school.

But when no one with an ounce of sense about competitive sports took the bait, they went from selling pay-per-view buys straight to the gutter, and they took all of us along with them.

Egged on by a smiling Dana White, the UFC president and McGregor’s promoter, and a laughing Leonard Ellerbe, CEO of Mayweather Promotions, the two combatants kept going for four days of cringe and crass.

The realists will tell us that the litany of f-bombs simply translate to “business partner.” And there were winking denials of racism. But Mayweather and McGregor didn’t just cross boundaries of race, bigotry, misogyny and profanity this past week — they obliterated them, bleeping their way through a two-continent, four-city tour of filth.

This was always coming, of course.

Insult with the intent to emotionally wound is sadly part of who we are now, little pearls of malice we tweet and Instagram in our spare time — the Simon Cowell-ing of a nation. And the more we say terrible things to each other, the more our “followers” and “Likes” grow.

It’s always been unrealistic to expect morals from the fight game, where even Muhammad Ali once stooped to asking Chuck Wepner, the real-life inspiration for Rocky, to call him the N-word while selling their heavyweight title fight. (Wepner wouldn’t go there, so Ali lied on The Mike Douglas Show, whispering in the host’s ear that Wepner had called him the racial epithet.)

Still, Mayweather and McGregor gave us a special ode to crude and vile the past week. Like two comedians unable to come up with original material, racial and homophobic epithets and personal slights became their go-to crutch in this theater of the slurred.

Their “show” was compared often to the Kardashians, but this wasn’t a reality series about wealthy people with no self-awareness. This was a shoot-’em-up Western, Unforgiven — an entire saloon full of rotten. There were no redeeming characters.

See, we live in Rear-Naked-Choke America, where anything goes. Where we can be as sinister as we want as long as someone pays attention and buys the trash we sell. Only one topic was off-limits — although it is a part of both Mayweather’s and the UFC’s unseemly past. Shocker, no? Domestic violence against women never came up once.

We keep being told how political correctness is running amok. That somehow we’re headed down a slippery slope if the social justice warriors can’t let two rude dudes with ’tude show off their testosterone and potty mouths to sell tickets to their sanctioned violence.

But we never talk about the abyss we’re plunging down if we keep letting ugliness under the cloak of “promotion” go: the racism, the homophobia, the consistent disrespect for women among McGregor, Mayweather, their camps and the warped among us who laugh and encourage them to ratchet up the venom.

We fall into that hole and there’s no getting out.

This article has been changed to correct Leonard Ellerbe’s title.