The Houston Texans running back recently invested in Major League Soccer’s D.C. United, a business move to set him and his family up after football

Mark Ingram is quick to check you with the mere mention of how the average NFL running back’s career lasts about 2.5 years. Ingram, a three-time Pro Bowler, will enter his 11th season this fall, but the near end of his playing days is the furthest thing from his mind.

“I’m still playing at a high level and I plan to play at a high level for many years to come,” said Ingram, 31, who signed with the Houston Texans this past offseason, his third team since being drafted by New Orleans in the first round in 2011. “I still have a lot to accomplish in this league, but I’m blessed that I’m able to prepare for the future with this deal.”

For Ingram, who won the Heisman Trophy in 2009 while playing for Alabama, “this deal” is a reference to the $5 million investment he made earlier this month for a 1% share in Major League Soccer’s D.C. United. He joins a growing list of current or former athletes of color who have ventured into professional sports ownership. Kevin Durant (Philadelphia Union), Magic Johnson (Los Angeles FC), Russell Wilson (Seattle Sounders) and Ken Griffey Jr. (Seattle). Patrick Mahomes (Kansas City Royals), LeBron James (Boston Red Sox and Liverpool of the Premier League) and Renee Montgomery (Atlanta Dream) are other current or former athletes with ownership stakes in various professional sports franchises.

Sports franchise ownership is a form of empowerment that brings many of these players into impactful decision-making positions. Ingram, who owns and has owned several smaller ventures in the restaurant business, recently stepped up his portfolio with his family in mind.

“I’ve thought about this for a long time,” said Ingram, who has averaged 4.6 yards per carry for his career. “I’ve tried to use finances I acquired in the NFL to get involved in things that will build generational wealth for my children and their children. Football is only for so long. Being in business can last a lifetime.”

Long before Ingram contemplated ownership in soccer, he ran across soccer fields as a youth in his hometown of Flint, Michigan, scoring goals as a wing. Once Ingram traded in his soccer cleats for football spikes in middle school, the FIFA video game became his soccer game of choice. After college, Ingram amped up his soccer fandom by attending World Cup matches and watch parties.

“It’s a sport I’ve always been interested in,” said Ingram, who credits his early years playing soccer with helping to develop his footwork in football. “I love anything where there’s a winner and a loser, and that’s how I fell in love with soccer.”

Ingram’s love of soccer, combined with his business acumen (he says he lives off his Heisman Trophy-related endorsement deals instead of his NFL salary), led to a meeting of the minds between Ingram’s business adviser, Don Malloy, and Jordan Stuart, a consultant for D.C. United.

“I knew this was something for him because Mark has spoken about ownership for years,” Malloy said. “He’s been a player; now it was time for him to learn from the management side.”

“Mark was playing for the [Baltimore] Ravens at the time when we met and had dinner,” Levien said. “We had a wonderful conversation and I could see how Mark would bring a ton of value and a different perspective based on being a pro athlete, and based on his perspective on being a Black man in America. The diversity that comes with that would be helpful for us as a business, and enriching for us.”

The dinner meeting was only the first step. Weeks before any deal was made, Levien and Ingram discussed his role and goals.

“I didn’t try to get him to buy in right away,” Levien said. “I wanted him to see what [ownership] was like and if he saw it as a good fit. Right away you could see his excitement and his knowledge of the sport. He was very engaging with some of the other owners and even with our players. Mark’s the kind of guy you want to be around.”

Ingram became fond of the dozen members of the ownership group. He saw the learning opportunities because of the group’s various business backgrounds, and he said he appreciated Levien’s transparency.

“Signing with them was all about the relationships we developed,” Ingram said. “It’s a great opportunity to be part of a good group and learn from successful people who aspire for great things.”

It took three months from Ingram’s oral agreement with Levien until the deal was complete. The news of his investment in D.C. United was announced on June 4. 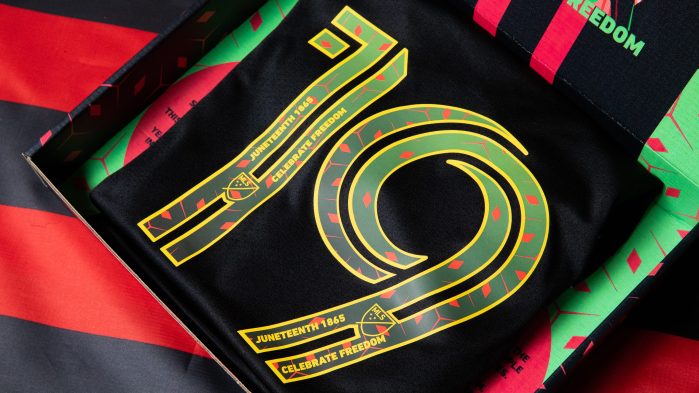 Ingram will have a variety of roles within ownership. One will be building a collaborative environment with the players, coaches, management and ownership.

“You need to have the mindset to really want to succeed, and Mark’s going to be hands-on by being a face of ownership with this team, by bringing positive experiences,” Stuart said. “He’ll bring a new type of enthusiasm to kids who necessarily didn’t care about soccer. But now they’ll see their hero in Mark involved with this, and they’ll pay attention and follow the team.”

Ingram hopes to generate more than just followers of the team. He hopes to also sell the game. He supports the MLS initiative of encouraging more Black youths to participate in soccer. Ingram didn’t have many soccer role models when he played the game. Things are starting to change, and he will take pleasure in the push.

“The more Black kids see people involved with the sport that look like them, the more they can relate,” Ingram said. “Now you have Black athletes from other sports who the kids know, like Kevin Durant and Russell Wilson. So seeing them in another role, along with more Black players on the field, will help encourage more Black kids to play.”