A historically Black college and university (HBCU) band cannot be compared with any other.

From the rhythms of the early-morning practices to the loud cheers from the stands on Saturdays, HBCU bands are the soul of their institutions. Their impact goes beyond their members.

The new CW reality series March gives the world an inside look at the day-to-day of an HBCU band made up of more than 300 people. The show airs on Mondays at 8 p.m. ET and features the PVAMU Marching Storm, the Prairie View A&M University marching band. Told through the lens of students, the band director and dance leader, viewers will see how these young adults balance class, studying and social life while maintaining their band duties. 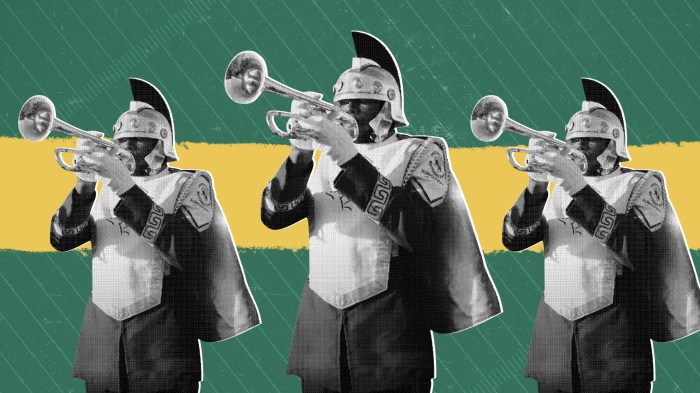 Jalen McCurtis-Henry is a drum major for the Marching Storm and is seen mainly in a mentorship role in the first episode. McCurtis-Henry, a senior kinesiology major, says he’s received positive feedback from peers about the show and is happy people outside of HBCUs will be able to see the hard work that goes into a single performance.

“I think the show will portray the work ethic of the band, but also just how well the band brings the campus to life,” McCurtis-Henry said. “The many hours the band puts into a single [football] game, a single field show or a single basketball game, the countless hours and our work ethic towards everything. We can accomplish so much. In the conditions we do it in, a lot of times, you’re not in the fairest conditions.”

The hard work behind entertaining performances isn’t something new to Prairie View. The university has had a band for 80-plus years and had influential directors from storied HBCU band traditions such as Florida A&M and Tennessee State.

Timmey T. Zachery is the Marching Storm’s band director now and understands those deep-rooted traditions are how the band initially got its name.

“The band has never forgotten its humble beginnings. And that’s why it’s called the Marching Storm. It’s not about a physical storm,” Zachery said. “It’s about all the storms that it took to be a band. Lack of funding, lack of resources, lack of space, lack of everything that everybody else has, and to turn all of that in a pot and turn it into success. This band has never failed me.”

The Marching Storm’s discipline and tradition are why it was selected to represent HBCU bands on this prime-time stage. Prairie View had one of the top-ranked bands in the nation last season and was No. 1 in The Undefeated HBCU Band Rankings in November 2021. Zachery believes that bands can truly exemplify HBCU culture.

“The show could have been shot at any major HBCU institution and it would have been just as interesting had they done it the same way,” Zachery said. “I believe that each one of these institutions is not defined by the people that are in it right now; it’s really defined by the history and tradition of where it is. There couldn’t be a Prairie View without being in Prairie View. Southern could not be Southern without Baton Rouge. Florida A&M couldn’t be Florida A&M without being in Tallahassee, and all the stripes and struggles that it took for those institutions to become what they became are embedded within the band itself. That’s what we are really exposing to the world.” 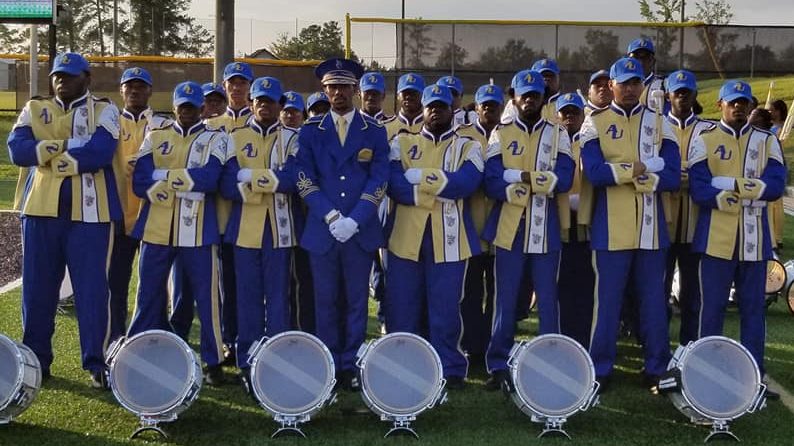 Zachery believes entertainment and impact put HBCU bands into a league of their own.

“We can talk about the Ohio States and the USCs, and they’re all wonderful programs, but there’s not any conference in this world where you have 12 bands with the history and the success of these, with the addition to Bethune-Cookman and Florida A&M, Southern University and Jackson State, Grambling. Come on, man!” Zachery said. “We [the Southwestern Athletic Conference] are the SEC of bands, and we need for the world to know that.”

March depicts the family atmosphere in the Marching Storm and even extends to band members who don’t play instruments.

Kandice Jackson is a senior double majoring in kinesiology and general music who had no knowledge of HBCU bands or their culture before attending Prairie View. She mistakenly attended band camp while looking for music camp the summer before her freshman year.

“I was so overwhelmed by it and it made me want to be a part of it,” Jackson said. “I walked upon it accidentally and just decided to stay a part of the program.”

Jackson is section lead over the equipment staff, and according to Zachery, is one of the main reasons the band operates so smoothly behind the scenes. 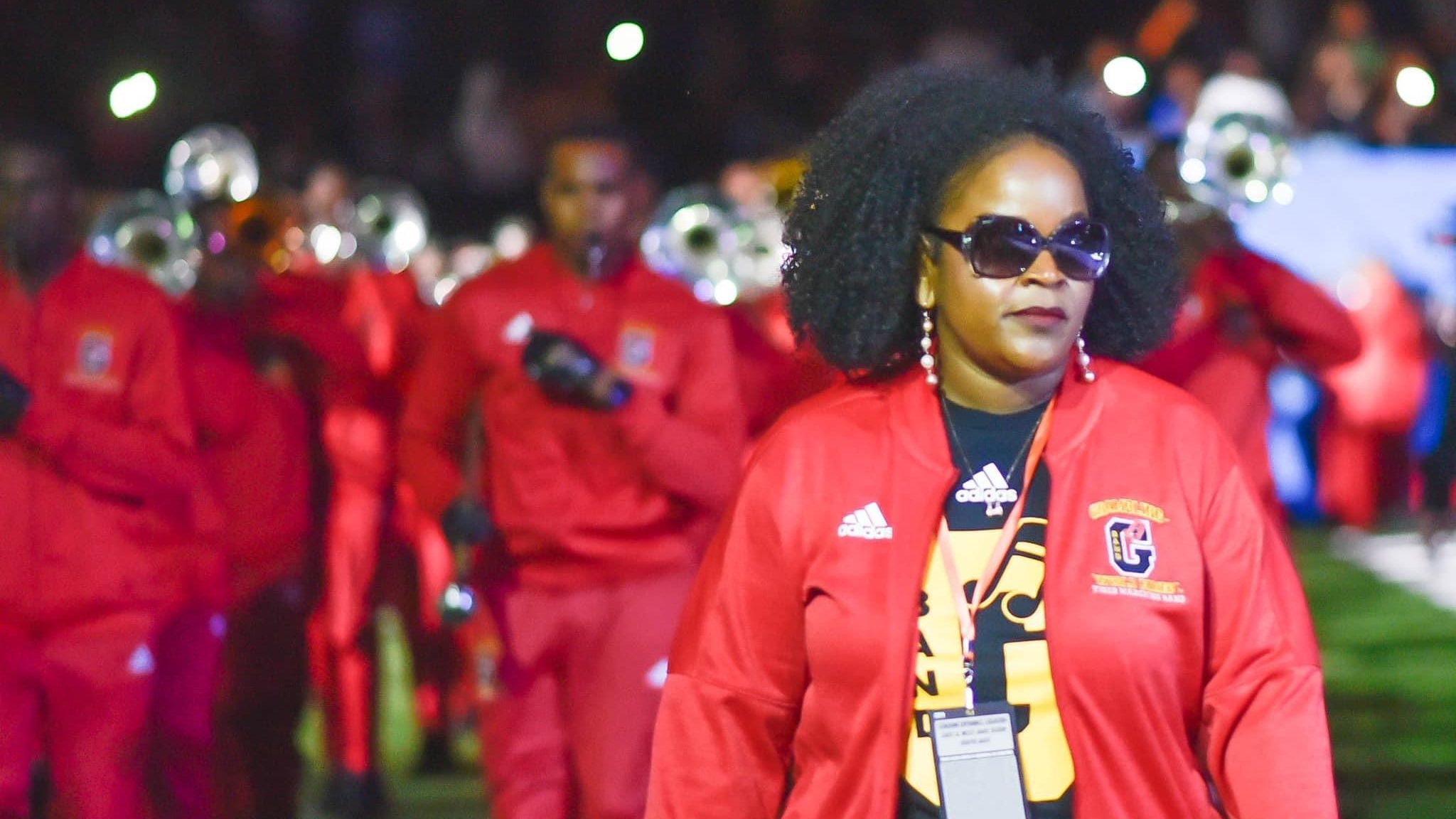 “Her service to the program is absolutely phenomenal,” Zachery said. “If we meet at 3 a.m., she’s here at 2:30. She runs our equipment staff. She makes sure that we have all the medical supplies, all the physical equipment is moved. She runs that thing like a well-oiled machine and she’s not even on an instrument in the band.”

Jackson and McCurtis-Henry believe the show will elevate HBCU bands so students like Jackson can have an inside look before making their college decision.

“This show will definitely bring all HBCU bands to the next level. I was just thankful we got to be the advocate for all HBCU bands,” McCurtis-Henry said. “We all go through the same countless hours. We are a big SWAC family. You know, it’s a rivalry at the games and then friendships right afterward. … So it’s pretty good to finally be able to display and hopefully get the recognition that all HBCU bands are there.”