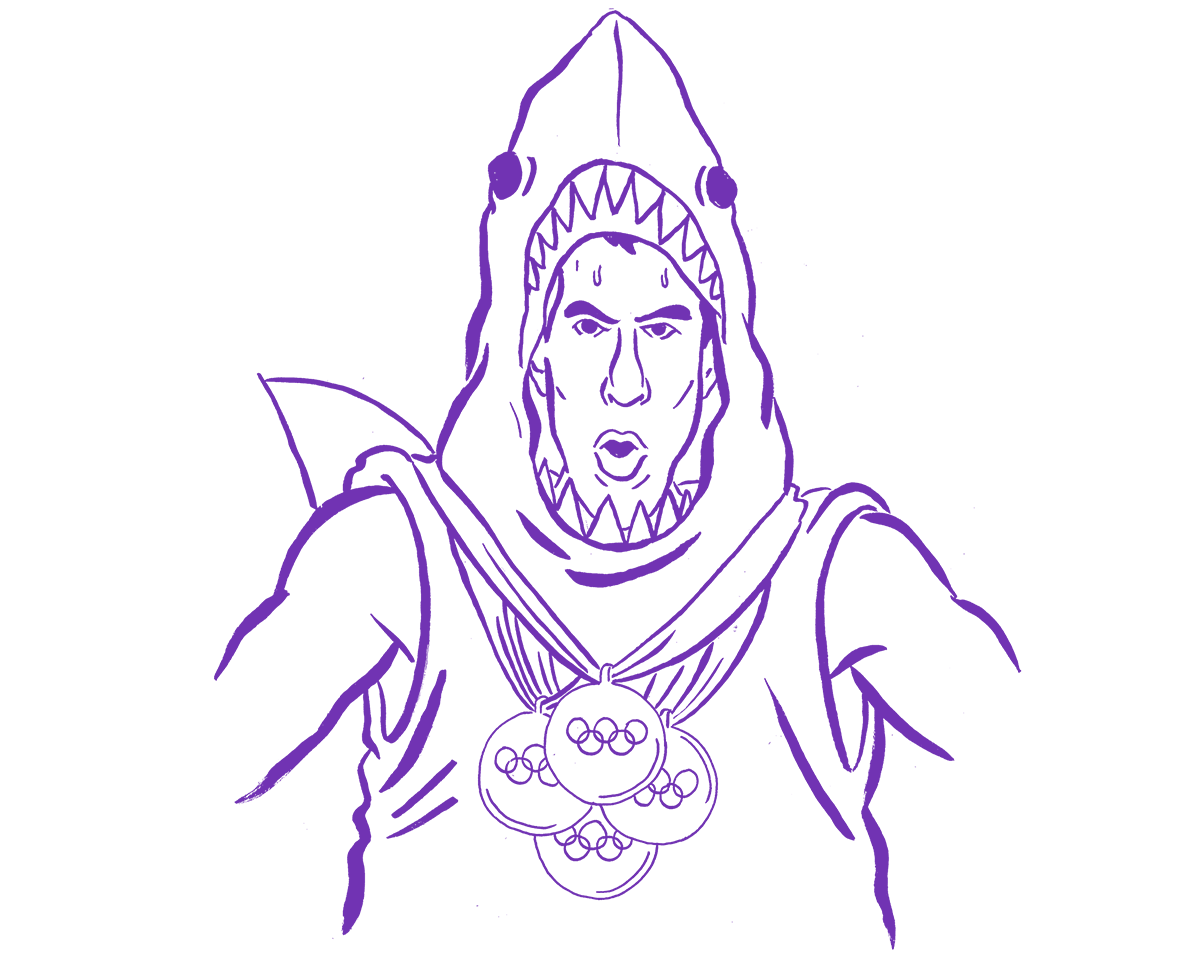 President Donald Trump, when asked about his thoughts on health care reform, told a female reporter to be “quiet.” President Ron Burgundy Trump later read from a teleprompter that the Affordable Care Act has wreaked havoc over “the last 17 years.” The internet was still upset that Olympic gold medalist swimmer Michael Phelps wasn’t eaten by a shark. Former Fox News host Bill O’Reilly, who once said slain 17-year-old Trayvon Martin was killed because he dressed like a “gangsta,” said 36-year-old Jared Kushner “looks like a high school senior.” In Georgia news, a small airplane modeled to look like a Nazi Germany aircraft, complete with a swastika on the tail, landed on a state highway; the plane’s pilot said the Nazi design was “just for fun.” 2 Fast 2 Furious director John Singleton, not known for bad decisions, said there’s nothing wrong with singer R. Kelly keeping a sex cult because the occupants are “adult women.” Boston Red Sox pitcher David Price cursed out an old man last month because the 62-year-old, Hall of Fame pitcher Dennis Eckersley, said, “Yuck.” If Cleveland Cavaliers forward LeBron James were to come face-to-face with teammate Kyrie Irving, he’d reportedly be tempted to “beat his ass.” 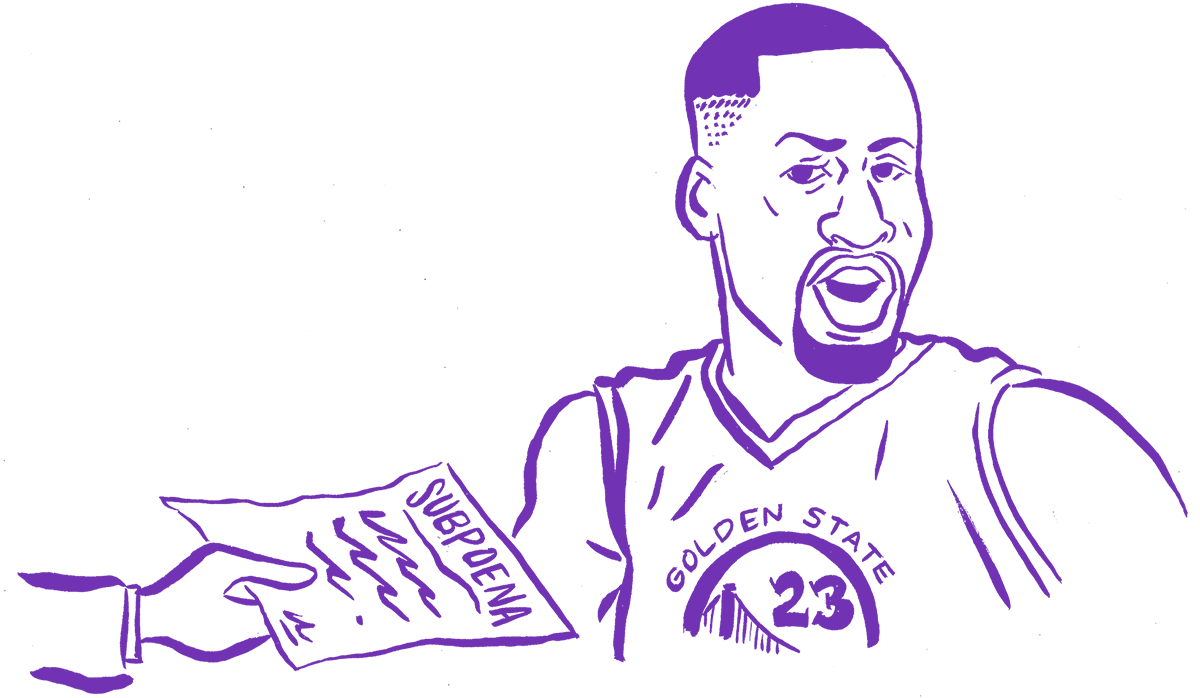 James booed the report. The environment is in such trouble that even holy water has been shut off by the Vatican. A New York City barber who posted on social media that “N—-s taking shots can’t stop me” was fatally shot in the head. Former House Speaker John Boehner, who once held a meaningless vote to repeal the Affordable Care Act just so freshman lawmakers could vote on it, said Republicans will never replace the health care law. Tech CEOs Elon Musk and Mark Zuckerberg are currently beefing over whether or not robots will eventually kill humans. Energy Secretary Rick Perry was tricked into talking about “pig manure as a power source” with a Russian (of course) man posing as Ukrainian Prime Minister Volodymyr Groysman. Twin sisters from Australia, who’ve spent over $200,000 on plastic surgery to look more alike, want to get pregnant by their shared boyfriend at the same time. Chicago officials are trying to control their rat problem by making the rodents infertile. Former Dallas Cowboys receiver Lucky Whitehead was cut from the team a day before police realized they had the “wrong guy.” Former Denver Broncos coach Gary Kubiak, who once almost died on the job, is returning to the Broncos. Former NFL quarterback Michael Vick got a job before Colin Kaepernick. A Michigan man suing Golden State Warriors forward Draymond Green for allegedly hitting him in the face last summer said, “I still feel his hand on my jaw.” A retired NFL player is suing Attorney General Jeff Sessions over weed. 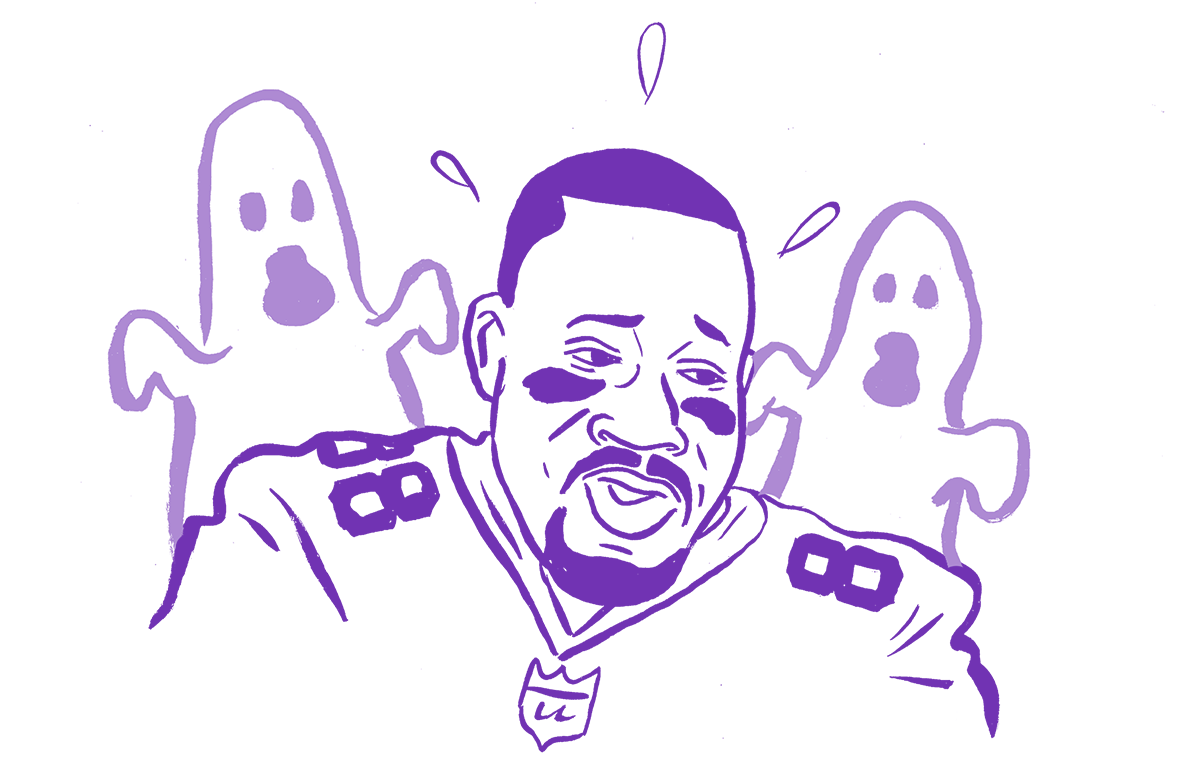 The Defense Department, responsible for national security and the military, was caught off guard by a Trump tweet invoking national security and the military. Meanwhile, the U.S. armed forces spend at least 10 times as much on erectile dysfunction pills as they do on gender-transition-related medical treatment. A Michigan man was sentenced to two years of probation for wrapping a cat in duct tape; a person at the man’s home said the tape was used to stop the cat from itching. A self-described journalist and comedian created a list of places where Ohio residents and Cavs fans could burn the jersey of Irving. Arthur Lambright, the former boyfriend of the mother of LeBron James and best known as “Da Real Lambo,” has sided with Irving in the two teammates’ dispute. Green Bay Packers tight end Martellus Bennett, realizing he’s the “only black person in this scary movie,” was worried about ghosts while sleeping in front of his locker room. Future emergency room admittees are now playing “soap hockey.” Atlanta Falcons receiver Julio Jones, putting his $71.25 million contract to good use, paid a dive team to retrieve a $100,000 earring he lost while Jet Skiing. NCAA investigators were shocked to learn that black men get their hair cut more than once a month. 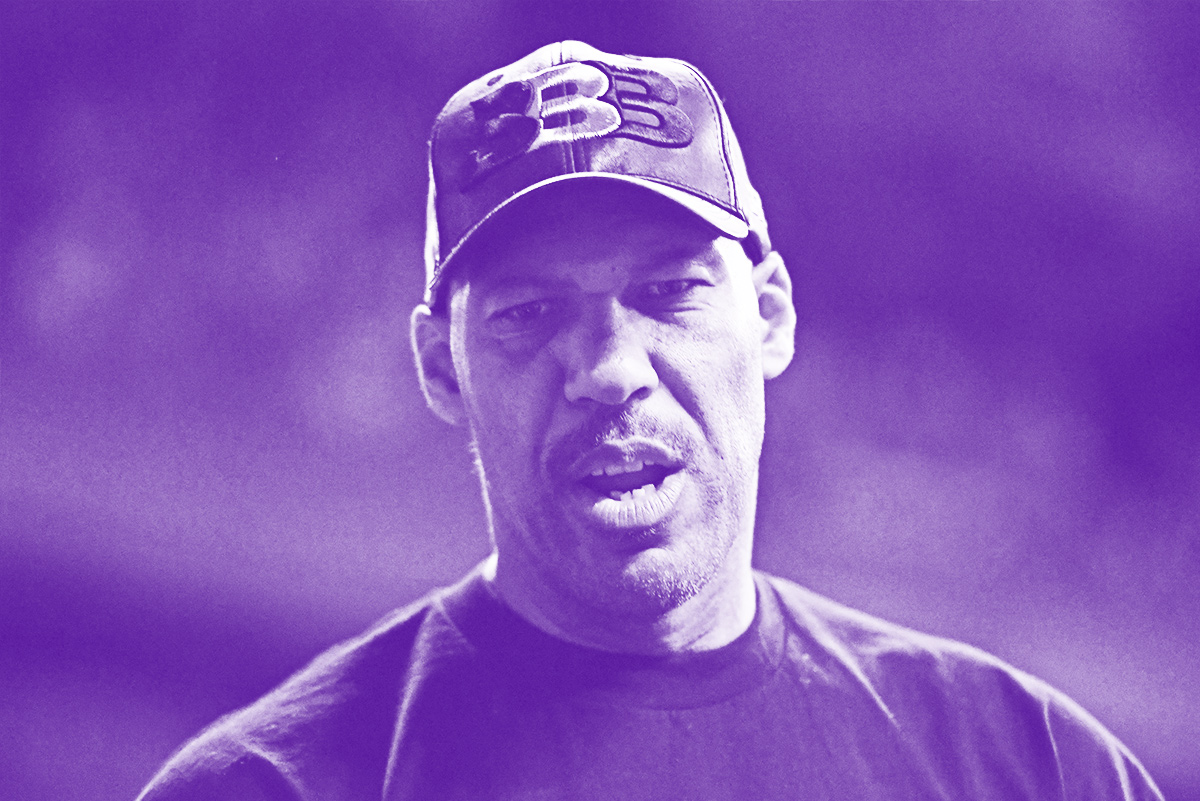 Sessions, the president’s proverbial punching bag the past week, said Trump’s criticism is “kind of hurtful.” A New Jersey man was arrested after being accused of not paying nearly $88,000 in tolls. The Washington Nationals hit the most home runs in one inning in MLB history, but all attention was paid to a pigeon that made its way on the field. LaVar Ball is telling women to stay in their lanes again. A market research study found that 26 percent of NFL fans who watched less football last season did so because of national anthem protests; that percentage, though, represented roughly 287 people. Kid Rock finally stopped lying about running for U.S. Senate. Instead of signing Kaepernick, who’s been to the Super Bowl, the Baltimore Ravens signed arena league quarterback David Olson. Kansas City Chiefs quarterback Alex Smith received $2 million just for showing up to work. White House communications director Anthony Scaramucci, who earlier in the day accused chief of staff Reince Priebus of feloniously “leaking” the Mooch’s financial disclosure form, called Priebus a “a f—ing paranoid schizophrenic, a paranoiac” and alleged that chief strategist Steve Bannon engages in autofellatio. Houston Rockets guard and 2017 MVP runner-up James Harden reportedly had his jersey retired at a Houston strip club. 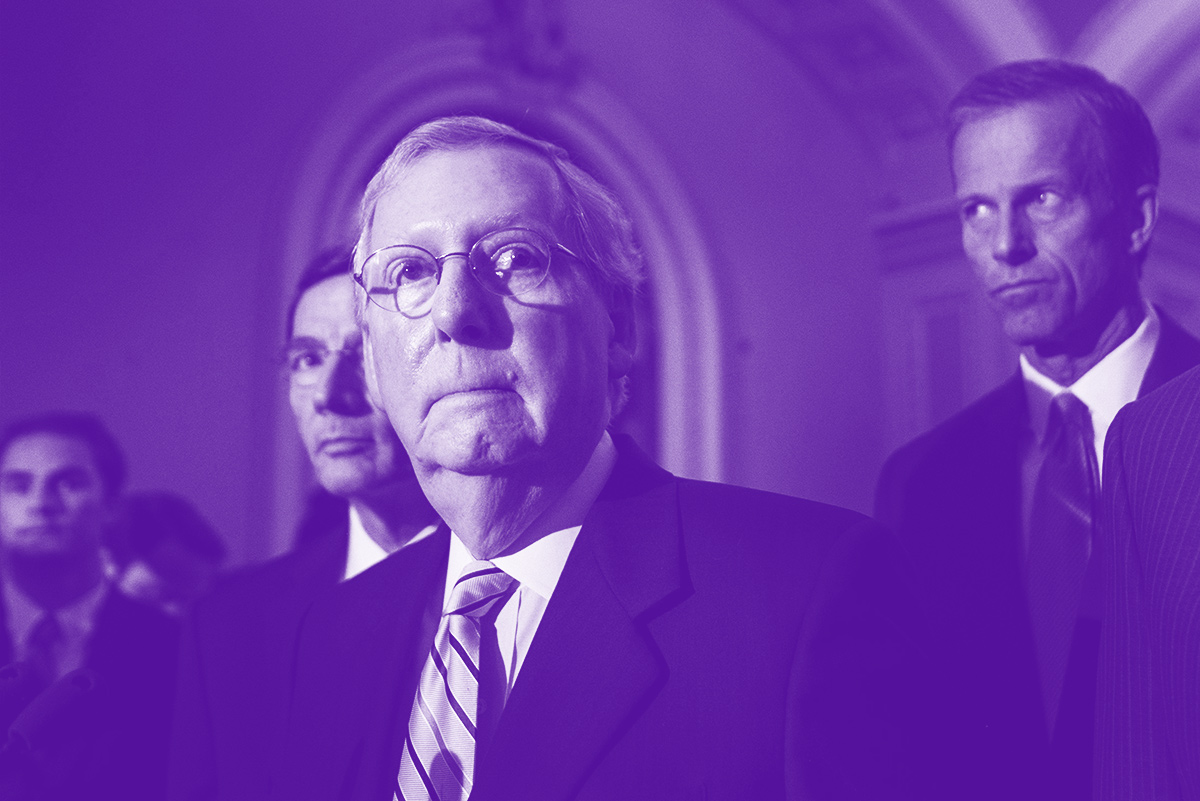 Republican lawmakers failed (again) to repeal and/or replace the Affordable Care Act. A New York City couple jumped to their deaths because “both have medical issues, we just can’t afford the health care.” The hosts of Fox & Friends, critical of “Obamacare,” unwittingly discovered the core definition of health insurance, stating that “the healthy people are paying for the sick people.” Some guy has already announced his plans to run for president in 2020. Trump, an avid Liam Neeson fan, told undocumented immigrants, “We will find you. We will arrest you. We will jail you, and we will deport you.” The NFL, purportedly serious about brain research, meddled its way out of paying $16 million to the National Institutes of Health. The Tennessee Titans released guard Sebastian Tretola five days after he was shot.