Former heavyweight champion Larry Holmes recently decided to have a cookout on his estate near his hometown of Easton, Pennsylvania. Not even the threat of rain could deter Holmes’ plans for barbecue, old-school R&B and the gathering of several family members.

But Holmes had to extend one more invitation.

“Once I hang up with you, I have to call Gerry [Cooney],” Holmes said. “He only lives an hour away in New Jersey. He’s been here several times. Who’d ever thought Larry Holmes and Gerry Cooney would be at a cookout talking [smack] with each other now?”

Certainly not 40 years ago, when Holmes and Cooney faced off in a parking lot at Caesars Palace in Las Vegas in a WBC heavyweight championship bout more associated with racial bile than on the two combatants in the ring — one white, one Black. 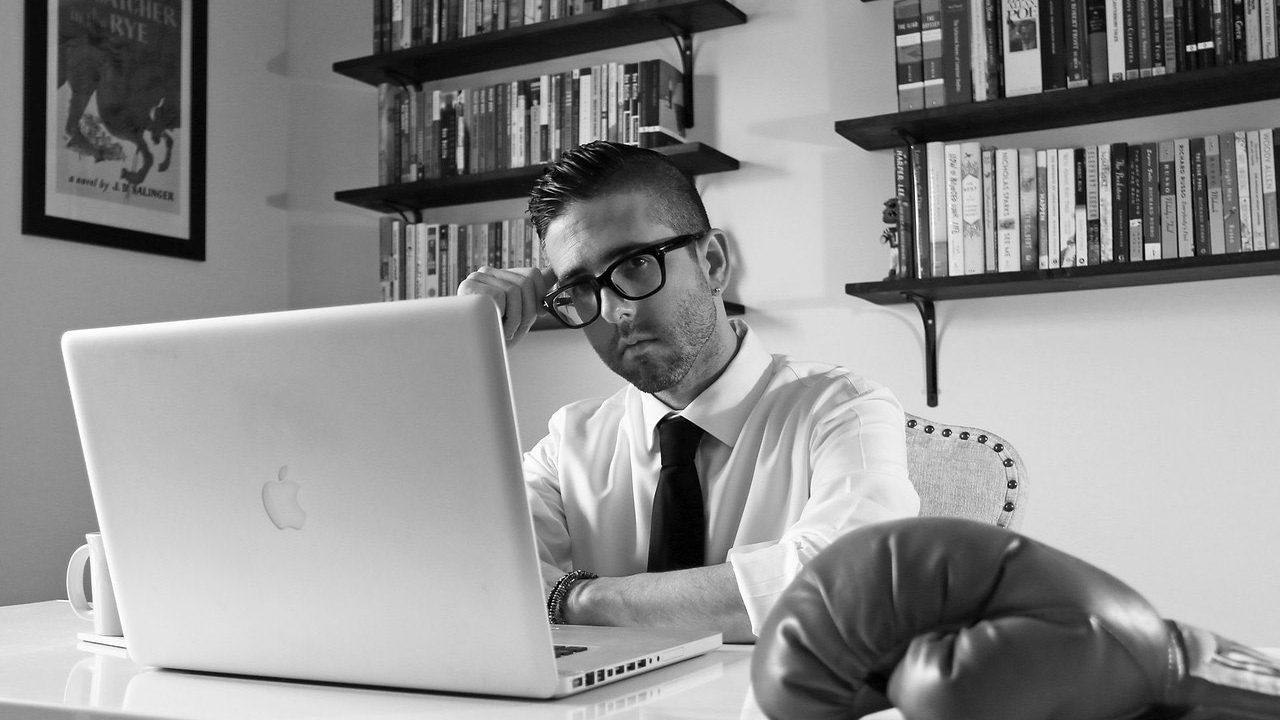 The racial venom was so disturbing that Holmes’ property was vandalized, and he received enough death threats that he had to move his family briefly.

“Some people didn’t want a Black man to continue as heavyweight champion,” Holmes said. “I tried not to pay any attention to the outside noise.”

“We spent time in London together and we had a great time,” Cooney said. “We traveled around and told stories.

“I wish we had a camera in the car because of all of our laughing and joking. It would’ve been a great show to see.”

“When people say, ‘Why are these things happening?’ all they have to do is look in the mirror. People are taught this from home. Hate, hostility, anger and doubt.” — Boxing promoter Don King

Cooney, then 25-0, had the chance to become the first white American heavyweight champion since Rocky Marciano retired 26 years earlier, and much of the promotion catered to that drought. The challenger made the cover of Sports Illustrated, while heavyweight titleholder Holmes was reduced to an inside page. Time magazine featured Cooney and actor Sylvester Stallone on its cover, comparing Cooney to Stallone’s Rocky film character. Rocky III debuted a month before the fight. Each fighter made a record-setting purse at that time of $10 million, when the challenger often made less than the champ.

And during this period, promoter Don King and Cooney’s manager Dennis Rappaport did not downplay the racial conflict. Each stoked the flames with comments of their own.

“I don’t respect Larry Holmes as a human being,” Rappaport told reporters back then.

“This is a white and Black fight,” King said to the media.

The Holmes-Cooney bout was must-see, but it wasn’t the first heavyweight championship fight where many fans chose sides not necessarily based on boxing.

In Muhammad Ali and Joe Frazier’s first fight in 1971, lines were drawn more on what each fighter represented: Frazier as the establishment and Ali as the anti-establishment. In 1910, Jack Johnson, the first Black heavyweight champion, was pitted against Jim Jeffries, a former champion coaxed out of retirement to make a comeback as the Great White Hope. Race riots ensued following Johnson’s victory.

For King, the atmosphere leading up to the fight reflected society.

“When people say, ‘Why are these things happening?’ all they have to do is look in the mirror,” King said to Andscape. “People are taught this from home. Hate, hostility, anger and doubt. Abhorrence and greed is what the system of white superiority stands for. And it’s put out in front for the world to see.” 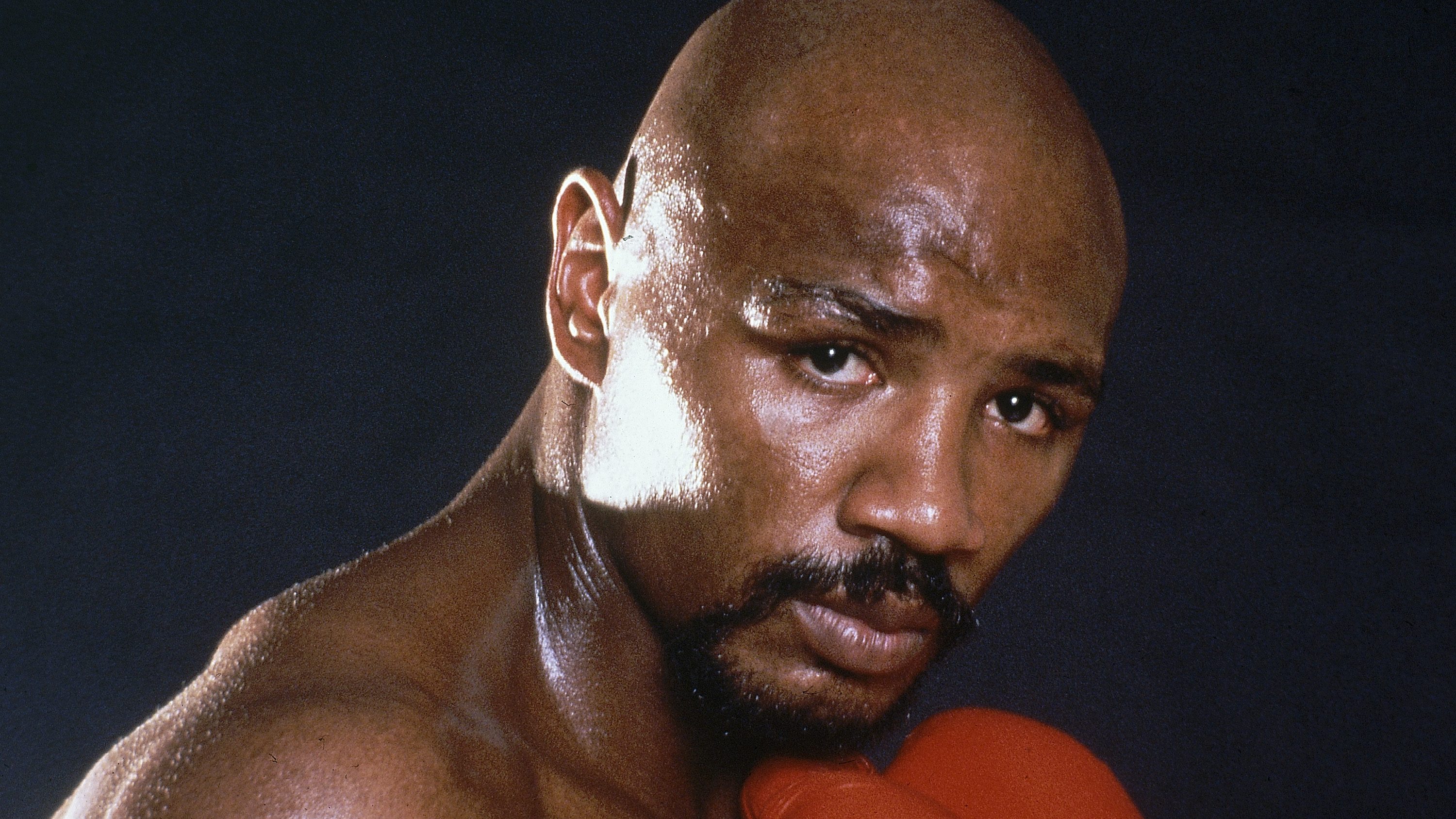 ‘He’ll always be the champ’: Marvin Hagler was a throwbackRead now

Once boxing fans looked beyond the unfortunate promotion, the bout between Holmes and Cooney was intriguing. Holmes was still fighting his way out of Ali’s shadow, establishing his own record at 39-0 as the WBC champion for four years with 11 consecutive title defenses. Before the Cooney fight, his last two title defenses were technical knockouts over Leon Spinks and Renaldo Snipes.

“We expected it to be a good fight because Holmes was being recognized for being so good,” said longtime sportswriter and former HBO commentator Larry Merchant. “Holmes had to follow Ali, and that was a hard act to follow.”

Cooney entered the fight with 22 knockouts, mostly against unknowns, but his powerful left hook was undeniable. Cooney rose to become the No. 1 contender. He was most impressive in his previous bout, a first-round stoppage of former champion Ken Norton.

And Holmes helped the buildup to the fight a year earlier. While being interviewed at ringside after defeating Spinks, Holmes took a swing at Cooney, who was in the audience.

“It wasn’t an act; I was serious,” Holmes said. “Cooney wanted to kick my ass right then and there.”

On the night of the fight, June 11, 1982, everything was finally supposed to be all about boxing, but there were still problems outside the ring.

A phone was installed in Cooney’s dressing room so President Ronald Reagan could call him if he won. There was no phone in Holmes’ dressing room. If that wasn’t enough of an insult, Holmes was introduced to the crowd first instead of following boxing’s tradition to always introduce the champion last.

“That was very disrespectful,” said Holmes. “Once it happened, I told myself that I was going to take it out on Gerry.”

His one-two punch sent Cooney down in the second round. Cooney managed to get to his feet and survived the round. Holmes, probably concerned about Cooney’s power, continued to pace himself for the next few rounds. Cooney, who relied on pressure in his previous fights, was also cautious. Holmes picked up the pace in the middle rounds with his legendary jab and opened a cut on Cooney’s left eyelid and bridge of his nose.

“I needed three or four more fights before I fought Larry. I’m not sure if that would’ve been good enough, but I would’ve learned a lot more.”

The 10th round was the most action-packed as each fighter exchanged blows. That was Cooney’s last gasp as Holmes dominated the rest of the way. In the 13th round, Holmes nailed Cooney with a series of rights. Just before the referee appeared ready to stop the action, Cooney’s trainer threw in the towel with seconds left in the round.

Somehow, two of the three judges would have had Cooney ahead after the 12th round if not for three point deductions against Cooney for low blows.

“Holmes proved beyond belief that he was a remarkable fighter,” King said.

Cooney learned a valuable lesson inside and outside the ring.

“I needed three or four more fights before I fought Larry,” Cooney said. “I’m not sure if that would’ve been good enough, but I would’ve learned a lot more. I’m not going to say it was all [Don] King, but I’m sure my [management] didn’t want to take any chances of [losing money with other fights], so they didn’t look out for my best interest.”

Unpredictably and accidentally, the two combatants began what would develop into a genuine friendship not long after the fight. Cooney and Holmes ran into each other eight months later in Las Vegas.

“Larry took me aside and said, ‘Gerry, f— these people. We had a great fight and let’s get on with our lives,’ ” Cooney said. “That kind of shook me out of my depression [after losing the fight]. It woke me up and helped me realize how the fight was just one moment.”

“I went to him because I found him to be a really nice guy,” Holmes said. “I told him no hard feelings and, years later, we started attending the same functions.”

Cooney fought only five more times after his loss to Holmes. He last fought in 1990 after a technical knockout to George Foreman. Cooney now hosts a boxing show on SiriusXM.

Holmes successfully defended his title 20 consecutive times before losing to Michael Spinks. After several retirements, Holmes finally called it quits in 2002 at age 52. He was inducted into the International Boxing Hall of Fame in 2008.

For one of the few times, Cooney could not accept Holmes’ cookout invitation because of a previous commitment, but the two former fighters will see plenty of each other in the coming days as they celebrate the best memories of their historic bout.

“We were able to separate the ugliness of ignorant people,” Cooney said.

“We’ve demonstrated that we’re nice guys and we get along no matter our backgrounds,” Holmes said. “It’s the way it’s supposed to be. What did Rodney King say, ‘Can we all just get along?’ ”