Lamar Jackson had several more “did you see that?” highlights during the Baltimore Ravens’ dominant win over the Houston Texans on Nov. 17. But after the game, Mark Ingram stole the show and gave us a fun “did you hear that?” moment.

The Ravens’ running back hilariously caped for Jackson’s MVP candidacy and challenged anyone who opposed it to come see him.

“The MVP front-runner,” Ingram said of Jackson last week. “If anybody else gotta say something different about that, then come see me. I’m right here in B’more outside the Bank. If you got an issue with that, come see me. … I’m ’bout that. Big Truss.”

On Nov. 22, Ingram explained that “Big Truss” is something Jackson often says. Ingram struggled to define it other than saying, “It’s love, big love, something along those lines.” Whatever it truly means, I’m sure Ingram was channeling the feeling of the entire team. Not just because Jackson is making the job of playing NFL quarterback look easy, but because he is making all the other difficult jobs on an NFL team easier than ever.

Imagine you are Ravens offensive coordinator Greg Roman. It’s first or second down. As you scan your play sheet, you are looking to choose the best play in anticipation of the defense you think you’ll see.

Choosing to pass: Because of advantages Jackson gives you in the running game, you know the defense is likely to load the box. According to NFL Next Gen Stats, on first and second downs the Ravens face a loaded box (more defenders than blockers) 39% of the time, tied for the most in the NFL. With that in mind, you choose to avoid the loaded box and pass.

Good decision. Jackson has a passer rating of 104.9 on first and second down, which is almost even with Aaron Rodgers and Patrick Mahomes, who both had a 105.4 rating on those downs heading into Week 12.

Jackson has 14 touchdowns on 207 passing attempts (6.8%) on first and second downs, compared with 14 touchdown passes on 261 attempts (5.4%) for Rodgers and 12 touchdowns on 251 attempts (4.7%) for Mahomes. Jackson also has a completion percentage of 67% on those downs, same as Rodgers and Mahomes. The slight 0.5 difference in passer rating is due to Jackson’s four first- or second-down interceptions; he has thrown an interception on 1.9% of his attempts, compared with Rodgers (0.3%) and Mahomes (0.7%).

Choosing to run: Maybe the interception risk is too high for you. And you also know that the passer rating formula does not include sacks, of which Jackson has 15 (to Rodgers’ 10 and Mahomes’ five) in these situations.

You call a run instead.

Good decision, again. Even if the defense loads the box to stop the run, you have Jackson. 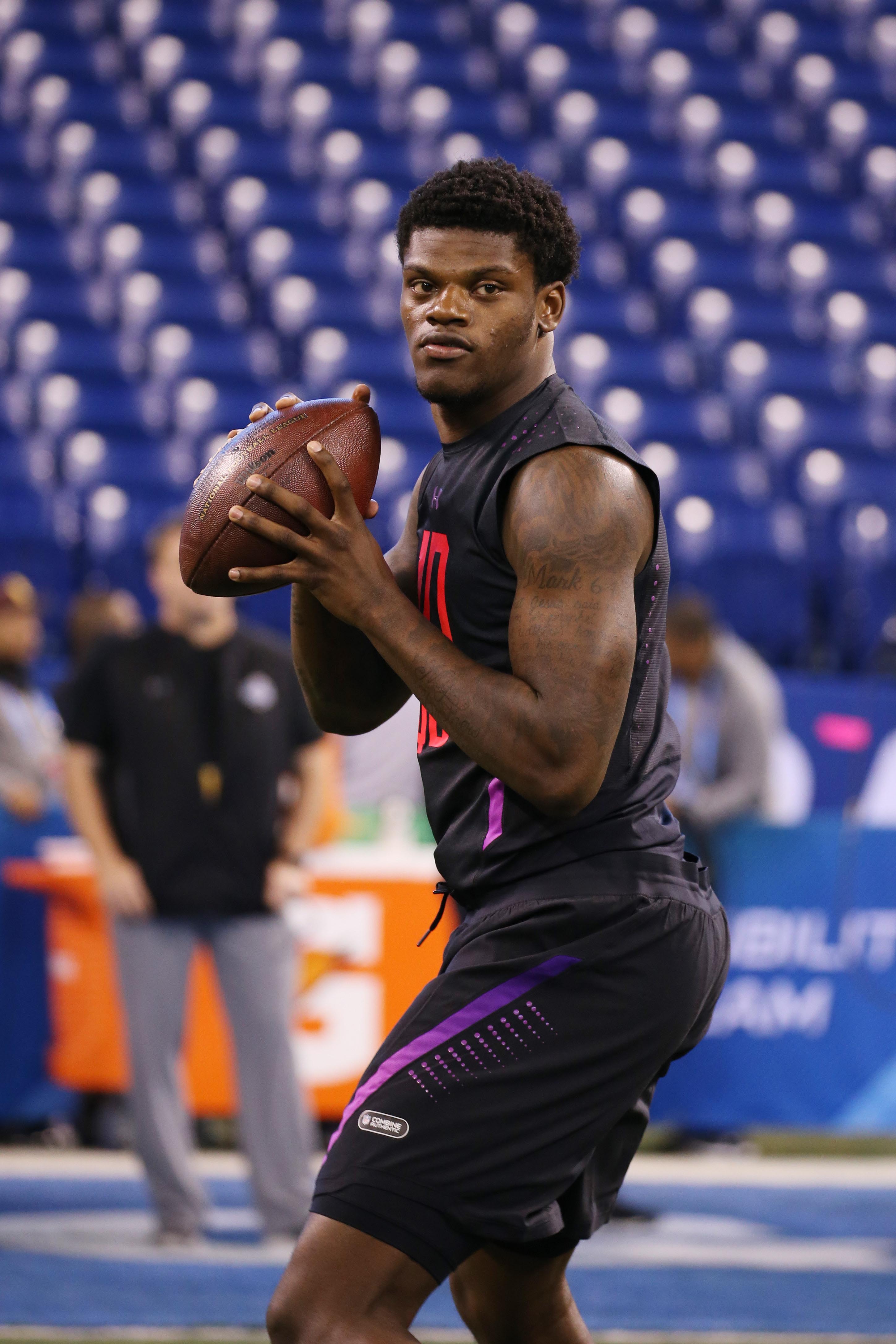 Why Lamar Jackson will be better than Michael Vick Read now

According to NFL Next Gen Stats, on first or second down, Jackson has run the ball 32 times against a loaded box. On those plays he had a success rate of 63%. That’s better than Dalvin Cook’s 52% and Christian McCaffrey’s 57%. Against a loaded box on first and second down, Jackson averages 8.1 yards per carry (Cook 4.3, McCaffrey 5.9). And, according to NFL Next Gen Stats, he averages 5.3 yards after a defender closes within one yard (Cook 3.9, McCaffrey 4.8). Jackson also has runs of 10-plus yards 10 times (both Cook and McCaffrey have five), meaning he has had big runs on 31% of his first- and second-down carries against run-focused defenses.

And even if you decide to have Jackson hand the ball to Ingram on first or second down, the attention Jackson draws will benefit Ingram. Ingram averages 5.1 yards per carry on first and second down.

And don’t worry if they get to third down. Jackson and the Ravens are second in the league in third-down conversion.

Jackson has the third-best passer rating in the league on third down, which gives no value for his rushing yards. And the distance on third down doesn’t really matter. Though they rarely find themselves in third and long (7-plus yards), the Ravens are third in the NFL in third-and-long conversions at 35%. Jackson has converted through the air 15 times. And when the play isn’t there against a defense that knows he has to pass, Jackson has scrambled for the conversion five times.

And that’s not all. Thanks to Jackson’s run-heavy offense — which is the most efficient in the NFL, averaging league highs for plays per drive, time of possession, and points per drive — the Ravens defense is normally well-rested, rarely has bad field position, and is often playing with the lead. So, it doesn’t take long for opponents to fall behind and become one-dimensional on offense. Then the Ravens defense can lean on their talented secondary to play tight coverage while they blitz the opposing quarterback. Jackson’s impact on the defense is not as profound as his impact on the offense, but it is significant.

No, Jackson is certainly not the prototypical quarterback. He is better. His outstanding running ability combined with his comfort reading defenses and delivering from the pocket gives him the tools needed to break any defense and make even bad play calls successful. Jackson will have another big test Monday night against the Rams defense, but I’m betting the future MVP will be ready.