KJ Black reflects on the adversity, lessons from his first season as a Rams offensive coach

Despite the team’s struggles this season, the coaching fellow is confident the experience will help him grow

The season can’t end soon enough for the injury-ravaged Los Angeles Rams, who will complete their schedule on the road Sunday against the Seattle Seahawks.

With many of the Rams’ key players sidelined for long stretches, the defending Super Bowl champs never gained their footing and failed to qualify for the NFL playoffs. But sometimes, more can be learned in defeat than in victory, as Rams offensive coach Kenneth “KJ” Black can attest.

During his first season as part of the Rams’ organization, Black grew professionally in a new role while discovering much about the NFL. Black is confident the experience will help him develop into the coach he one day hopes to become, and he couldn’t have asked for better leaders to follow during tough times.

“When you’re facing adversity in any situation, that’s when you get a chance to see not only who you really are, but also who the people around you really are,” Black said on the phone the other day. “From a personal standpoint, I know I’ve grown from everything we’ve faced.

“I feel we’ve all grown, in some capacity, because we’ve gone through this. And when you’re in a position like I am, and the team has had a lot of bad luck because of injuries, you want to learn from people who remain focused and consistent. I have.”

“I’ve gotten more out of being in this building than I could have even imagined going into it.”

Black praised head coach Sean McVay for continuing to expect a high level of professionalism from the Rams despite their depleted roster. Although the Rams have a 5-11 record entering their season-ending game, McVay never wavered in his commitment to the team’s coaching staff and players.

“When you’re a leader, one of the most important things you do is set the right example for everyone around you, and that couldn’t be better here,” Black said. “It’s about now, but it’s also about the future. You know that you’re working for someone who has the right [perspective], and you’re confident things will be better next season.”

For Black, he’ll enter the 2023-24 season eager to build on what he has already learned from McVay, Rams offensive coordinator Liam Coen and quarterbacks coach Zac Robinson. 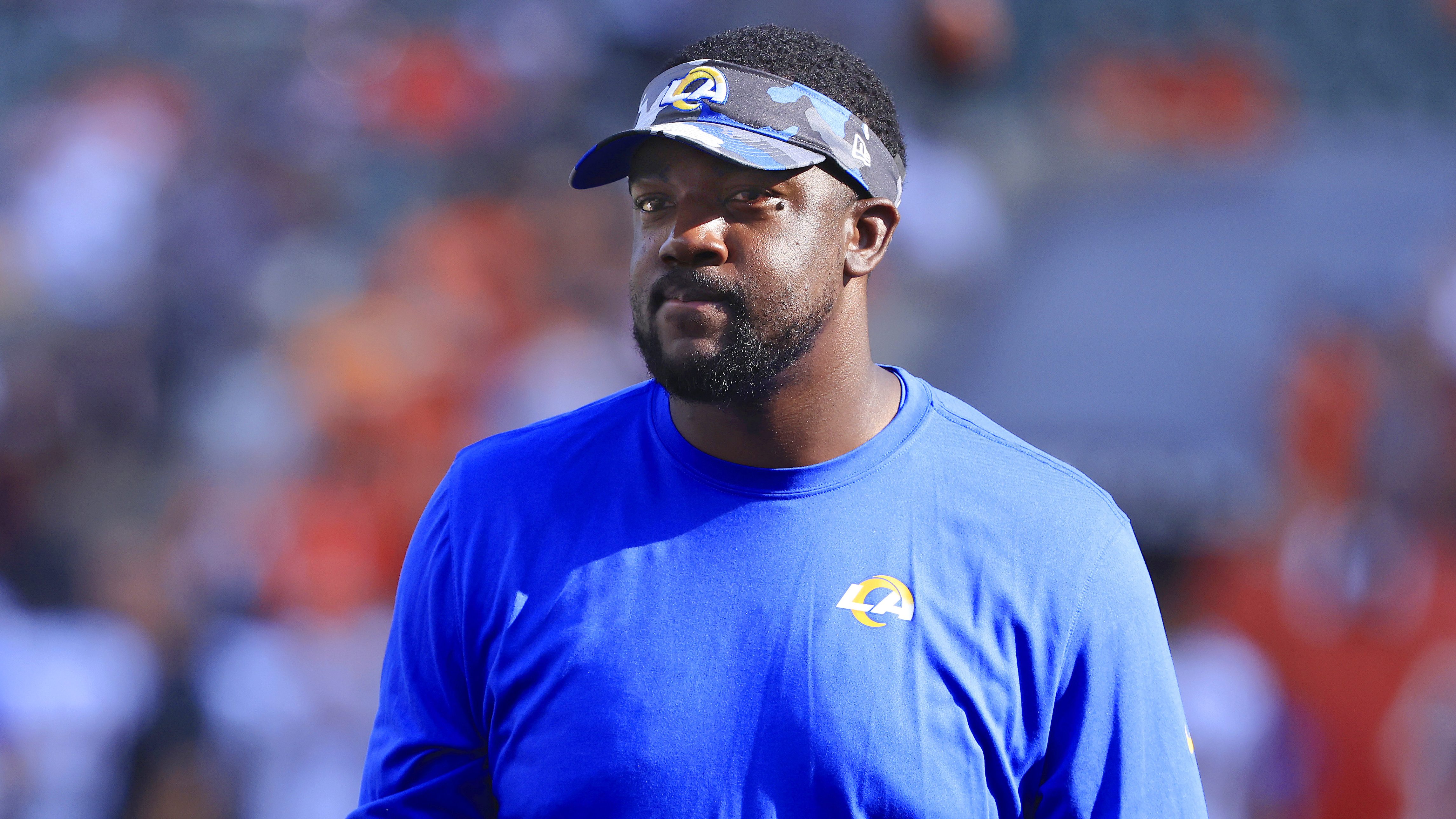 As part of the NFL’s wide-ranging effort to address its inclusive hiring crises, the Rams during the previous offseason hired Black, who’s African American, as a coaching fellow on offense (NFL fellows can either be female or an ethnic or racial minorities). The former college quarterback and college offensive coordinator works primarily with McVay, Coen and Robinson, performing myriad duties and gaining experience at the game’s highest level.

Generally, assistants on offense – and especially those who work closely with quarterbacks – are the most sought-after candidates to fill openings for head coaches. The hope, high-ranking NFL officials say, is that Black and the other fellows in the program will continue to climb the coaching ladder and, eventually, enter the hiring pipeline for top-rung positions as NFL offensive coordinators and head coaches. The program is the first hiring mandate in the league’s history.

This season, Black has spent countless hours with McVay, Coen and Robinson in the Rams’ quarterback room. During games, Black sits alongside Coen in the coaches’ booth, assisting him as McVay, the team’s offensive playcaller, roams the sidelines. The coaches with whom Black works most closely have helped to expand his thinking about the game.

“I’ve gotten more out of being in this building than I could have even imagined going into it,” Black said of the work he does daily at the Rams’ practice facility. “Just getting a chance to be in the same room each day with Liam, Zac and Sean, just listening to them critique things and how they see things, has been a great learning experience. There are details about things that maybe I didn’t know before, or just a new way to understand certain concepts.

“Football is universal. There are certain concepts that you’ll see at all levels of football. I’m talking high school, college, and professional. But there are things that I’m learning from them that I’m learning in a different way; just some things I didn’t consider. I’m definitely taking advantage of everything they’re showing me. And the little notes that I may pick up here and there, I’ll definitely carry with me. Hopefully, those things will make me a better coach.” 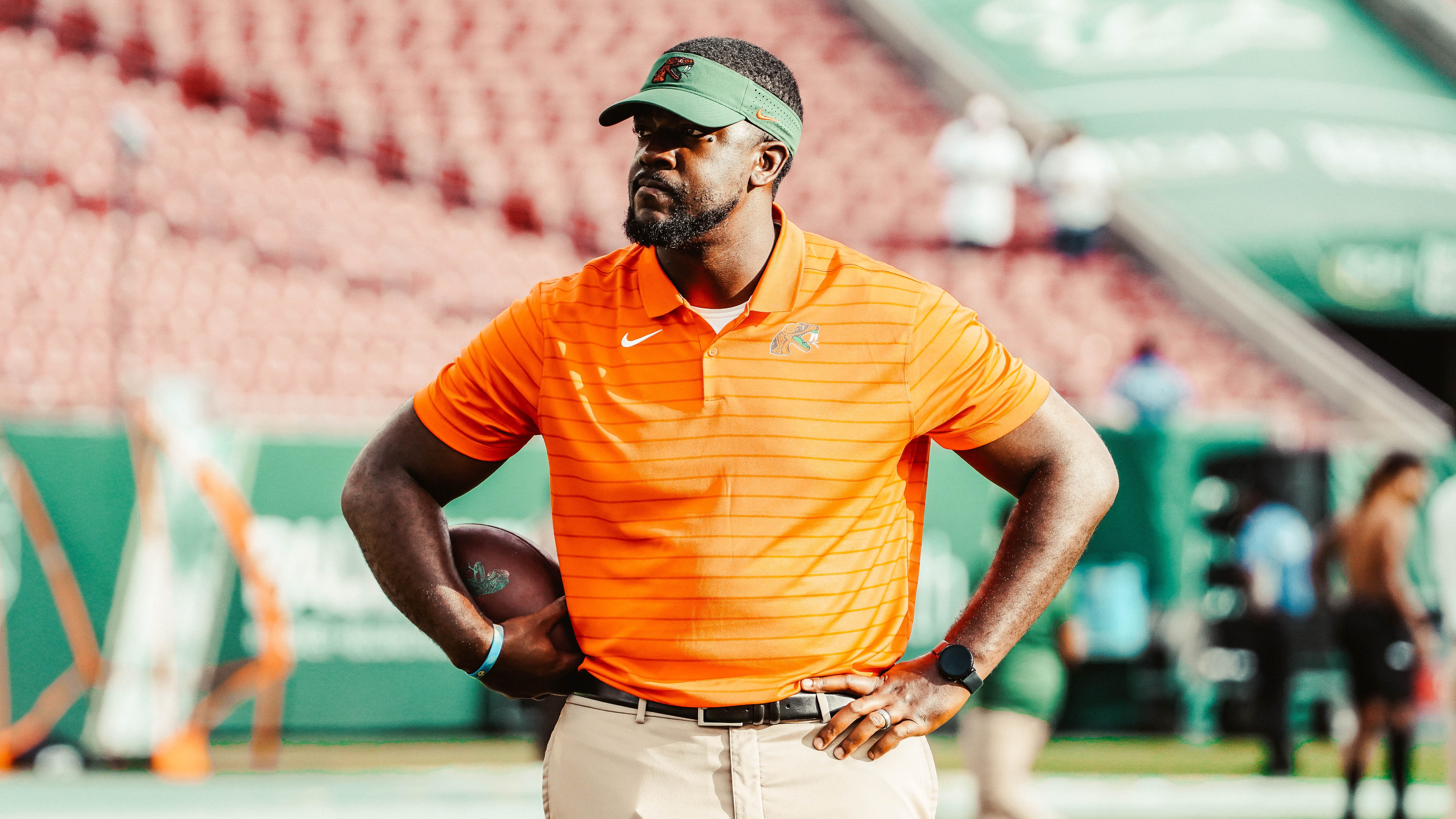 Working with NFL players has also helped Black take a step forward as a coach.

“Just learning how to deal with grown men … it really has been helpful to me,” Black said. “Before now, my whole coaching career has been in the college game. When you’re a coach, learning how to deal with grown men versus young men who are, often, still trying to figure themselves out is something different. Especially from Sean, I’ve learned the differences in how to teach. Teaching is probably the No. 1 thing you look for when you trying to consider who’s a good coach, and who isn’t.

“It doesn’t matter how smart you are if you can’t teach what you know. I’ve always felt like I was a teacher, and I come from a family of teachers, but it’s different with Sean. Being around him, listening to him teach plays, teach concepts and teach culture, has definitely been eye opening. I’m just trying to take bits and pieces of his ability to get up in front of a room and get everybody on the same page. Whether he’s talking about something schematic or cultural driven, it has been amazing.”

In an awful situation for the Rams, Black made the most of his opportunity and gained a lot. Next season, he plans to apply it all in trying to help them get it turned around.