You may have heard about the recent textbook examples of racism in the Iowa football program: N-words said by a white coach, Black players singled out for punishments that were not applied to white teammates, coaches who compared Black players with criminals and said things like “go back to the ghetto” and “dumbass Black player.” It all came to light in 2020, in a flood of testimony from former Hawkeyes.

Now that the dust has settled and the university has cashed an $8.2 million Citrus Bowl check, we are being asked to believe that head coach Kirk Ferentz is not accountable for any of the abuses on his watch. Apparently it wasn’t his fault, and even if it was, everything is fine now because Ferentz has relaxed the dress code, lets players use Twitter and permits them to kneel during the national anthem. Thanks for coming, kumbaya, happy Martin Luther King Jr. Day.

That was the jaw-dropping message sent last week when the university extended Ferentz’s contract to 2029 with a $2 million per year raise, and then Ferentz dissolved an alumni advisory group whose chairman, David Porter, had said the coach should resign.

The sum total of entitlement, blindness and arrogance shown by the coach and athletic director Gary Barta is enough to make me agree with Porter: They should step down.

“To truly leave this mess behind, Kirk Ferentz needs to go,” Porter told me in an interview this week. “If we don’t move on, we’re going to lose so much ground.

“I’m just tired of it. I really am,” said Porter, an All-Big Ten offensive lineman under Ferentz from 1998 to 2002. Referring to Iowa fans who are dismissive of the players’ concerns, he said, “I’m tired of the same old stuff happening over and over. I’m tired of people telling me, ‘You don’t know what you know, you didn’t hear what you heard, you didn’t see what you saw.’ I’m tired of it. A lot of us are.”

Ferentz declined through a spokesperson to be interviewed for this story. By itself, his new contract could pass for merely appalling. Cash rules college sports, Iowa just gorged at the trough of a New Year’s Day bowl game (a 20-17 loss to Kentucky), and other coaching deals are hitting nine figures. When Ferentz clapped his hands and made the alumni advisers disappear, though, the situation escalated to outrageous. But not surprising, given his pattern of refusing to accept full responsibility for the racism in his program.

Meanwhile, the university is fighting a lawsuit filed by former players who experienced the abuse. Ferentz will make $7 million per year through 2029, but Black players who were demeaned don’t deserve a penny?

Ferentz, Barta and Iowa’s all-white board of regents are banking on two things: The media will move on, and the fan base will cheer on in a state that’s 90% white and 4% Black. Judging by my angry Twitter mentions and the racist emails I’ve received since writing about the lawsuit, a lot of people want the whole topic of the Hawkeyes’ racism to vanish along with the advisory committee members. 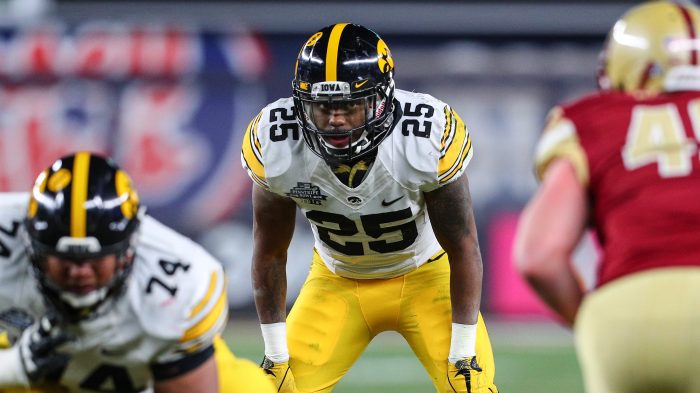 The roots of the problem were revealed in the summer of 2020, when the murder of George Floyd by police emboldened more than 60 former players to speak out. The university commissioned an outside review, which corroborated the players’ accounts. The only person who faced any accountability was strength and conditioning coach Chris Doyle, who was allowed to resign with $1.1 million in severance pay. Offensive coordinator Brian Ferentz, the head coach’s son, has kept his job, despite being the subject of numerous complaints as well as the leader of a toothless offense ranked 121st out of 130 FBS teams. He makes $860,000 per year.

Porter told me that Ferentz has taken some of the committee’s suggestions, and the racial climate of the team has drastically improved. Ferentz has described relaxing rules about hair and tattoos and holding listening sessions. Black players and coaches say Ferentz has tried to understand where they are coming from. One of the major initiatives touted as solving the problem was the alumni advisory council, which included current NFL players Christian Kirksey and Desmond King and former NFL head coach Jim Caldwell. 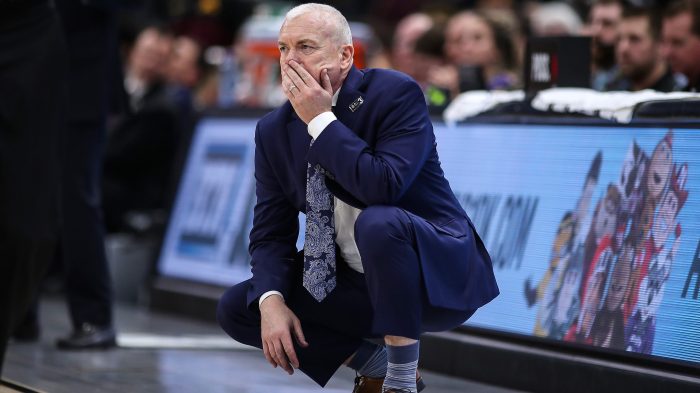 Porter told The Gazette in Cedar Rapids, Iowa, that an October 2021 meeting between the group and Ferentz turned contentious. Porter had asked assistant coaches to detail their roles in creating a diverse, equitable and inclusive environment. Ferentz tried to delay the meeting, and when Porter insisted that it take place, some coaches did not come with real answers. Porter called them out on it. Porter told me that, overall, Ferentz implemented some of their suggestions but ignored others, such as an annual review and pairing Black student-athletes with alumni mentors.

On Jan. 2, Porter told his group in a text message chat that Ferentz, 66, who has led the Iowa program since 1999 and is the longest-tenured coach in the top level of college football, should retire. Another member of the committee, Jordan Lomax, tweeted that he and some other members disagreed with Porter. Lomax did not respond to my request for an interview.

On Jan. 11, Ferentz emailed the committee members that their services were no longer needed: “I have come to the decision that this is an appropriate time to dissolve the committee as it stands currently … I am giving thought to how we restructure the committee/board in a way that best serves our program.”

On Jan. 17, after The Gazette reported that he had dissolved the committee, Ferentz released a letter to players’ parents that said several members of the committee had asked to be released from their volunteer positions. Ferentz said he would reconstitute the group by selecting a group of younger alumni. He did not mention that he would be bypassing the group of backup committee members assembled by Porter. Steve Roe, Iowa’s assistant athletic director for communications, told me by email that Ferentz decided during the season to make the change, but “put off on announcing until the end of the season to avoid distraction.” 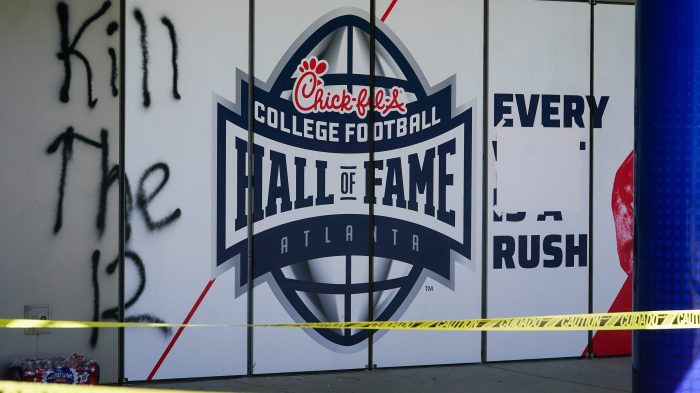 Here’s what I think really happened:

Ferentz is one of the most powerful people in the state of Iowa. By all accounts, his program demanded that players toe a hard line, and punished those who did not. He is not accustomed to his authority being challenged, let alone by someone once under his control like Porter.

All along he has avoided saying the word “racism” to describe what his players experienced, instead using phrases like “allegations of uneven treatment.” Nobody in Ferentz’s cocoon of enabling whiteness suggested it would be wiser or more empathetic to take a smaller raise, or perhaps make a significant donation to someplace like his university’s Afro-American Cultural Center.

Ironically, Porter started out thinking that Ferentz should stay. According to minutes of the advisory committee meeting from June 9, 2020, Porter told the group: “I’m all for letting KF know we want him to stay to be part of the change, but what change do we want? And how do we make sure it happens?”

When Porter demanded real change, Ferentz got rid of Porter.

Now Ferentz is free to call the plays for his next advisory committee. As long as he keeps winning games, he’s probably not going anywhere. Neither are all the other white men who control the multibillion-dollar college sports enterprise fueled by Black athletes. This is how systemic racism works. Those in control do what is needed to keep us productive. They placate the labor force with Martin Luther King Jr. quotes and powerless committees, and continue to enrich themselves while running out the clock on real justice.