‘Kindred’ is related to Octavia Butler’s famous novel, but not a twin

This essay discusses plot details of both the television adaptation and the novel Kindred.

Early in the first season of the television adaptation of Octavia E. Butler’s time travel slave narrative, showrunner Branden Jacobs-Jenkins prepares his audience for the many liberties he’s taken with Butler’s beloved book.

In the show, it’s 2016, and the protagonist, Dana James (Mallori Johnson), has sold the Brooklyn brownstone left to her by her grandmother and moved to Los Angeles. She’s barely unpacked, but has already bagged a paramour named Kevin Franklin (Micah Stock). In a post-coital get-to-know-you session, Dana explains what she’s doing in Los Angeles: She’s an aspiring television writer, and she gives Kevin (and the audience) a quick lesson by screening episodes of Dynasty and writing down in a notebook the actions of each character as they appear on screen. Having anticipated the scrutiny he would attract from devoted fans looking for a more literal adaptation of Butler’s book, Jacobs-Jenkins slips an important piece of information to his audience. Television is propelled by action. The closed world of Butler’s Dana will have to expand past her inner contemplations and narration about her experiences time-traveling to a plantation on Maryland’s eastern shore in 1815 and past her introspections about her white husband Kevin and their relationship. Hence: Dynasty episode diagramming. 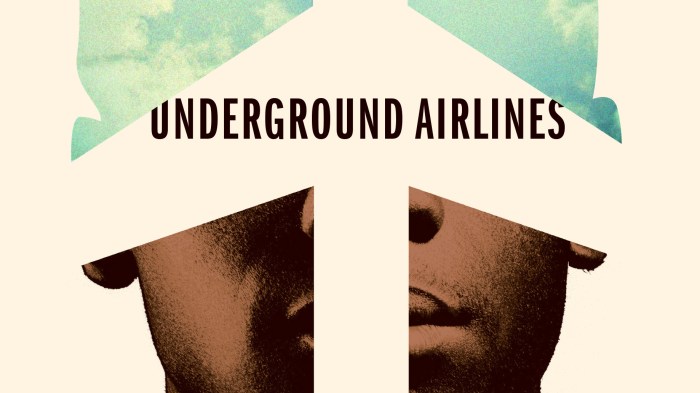 The novel ‘Underground Airlines’ is too realRead now

This bit of meta commentary, slipped into the mouth of his protagonist, is classic Jacobs-Jenkins. In his boundary-bending play, An Octoroon, from 2014, the Pulitzer finalist and Obie-winning playwright wrote himself into a challenging work, Dion Boucicault’s 1859 play, The Octoroon, in which a white American man falls for an enslaved Black woman, the titular octoroon. BJJ, as the character is identified, ruminates on the nature and purpose of theater and his place in it as a Black playwright and all the baggage that designation carries.

In Kindred, which is streaming on Hulu, many of the changes Jacobs-Jenkins has made to his source material introduce and propel action, that locomotive that keeps serialized television chugging along. (For those unfamiliar with the basic plot of the novel, Kindred is about a Black woman living in 1979, a few years after Loving v. Virginia, who is repeatedly pulled back in time to a plantation on the Eastern Shore of Maryland. Her first trip takes her back to 1815. Soon enough, she realizes she’s there to protect a sickly white boy named Rufus Weylin, who is her ancestor. And while she may spend hours, days, weeks, even months in the 1800s, when she zaps back to the present, time has barely shifted at all. The one person who knows what’s happening to Dana is her husband Kevin, who believes her when he gets zapped back with her. Kevin poses as Dana’s owner, offering a modicum of protection to an unaccounted-for Black woman with no free papers. Then Kevin gets stuck in the past.)

Jacobs-Jenkins has moved the modern portion of the story from 1979 to 2016 and he’s made Kevin a hookup rather than a husband. He’s populated Dana’s modern world with living relatives—an exasperated aunt Denise (Eisa Davis) and her perpetually annoyed ex-cop husband, Alan (Charles Parnell). He’s added new characters and themes. Nosy white next-door-neighbors keep calling the police to Dana’s house, giving challenges for Dana to face not just in the 1800s, but when she comes back to her own time as well. He introduces the possibility that Dana’s ability to time-travel is inherited with the addition of Olivia (Sheria Irving), Dana’s mother, who was presumed to have died in a car accident until Dana comes face-to-face with her on the Weylin plantation. Olivia’s been stuck in the 1800s since the car accident, living as a free woman on the outskirts of Weylin land. But there is one change that is most consequential, because it lies right at the heart of Butler’s story.

The reason Dana keeps getting pulled back in time is to keep Rufus Weylin alive until he can sire the child who will be Dana’s ancestor. If that child never gets born, Dana and the rest of the James family won’t exist.

Dana befriends Rufus (David Alexander Kaplan) when he’s a young boy, saving him from a litany of disasters: suffocating in his crib, drowning and burning to death in his own house. He develops a high regard for Dana, who reads to him, protects him from danger and attempts to teach him a modicum of respect for Black people. In one scene Jacobs-Jenkins has retained from the book, Dana gently teaches Rufus to stop referring to Black people as “niggers.” There is hope that Dana can influence Rufus and perhaps turn him away from the inhumane source of his wealth –the enslavement of other people. 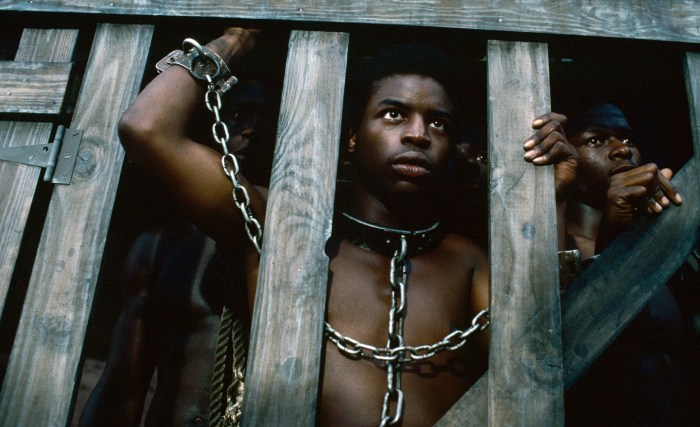 Alas, the Rufus of Butler’s book grows up to be cruel, insecure, jealous, violent and capricious, much like his father, Tom, played in the series by Ryan Kwanten. And this where a direct adaptation would present a huge challenge for today’s audience. To ensure her family line, Dana of the novel facilitates the rape of one of her ancestors by Rufus. And this happens after the woman tries, unsuccessfully, to escape the plantation with the Black man she loves. Once she’s returned to Rufus, he nearly whips her to death, and Dana is responsible for nursing her until she is well. It’s particularly difficult to stomach because the enslaved woman in question resents Dana for saving her life and for nudging her into accepting Rufus’s unwanted advances. She must endure multiple assaults and pregnancies before bringing forth a new baby, named Hagar, into the world, thus ensuring the existence of Dana and the rest of the James family in the future.

The first season of Kindred concludes while Rufus is 12, about a third of the way through the book. But the writers signal their intent that something different will likely take place. There is a grown woman named Hagar in the series, but they quickly dispense with her. That Hagar has run off to freedom. Someone else will bear Rufus’s child, but at the conclusion of season 1, we don’t know the circumstances of how that child will be conceived.

So what do all of these changes mean for the series? It’s ambitious. Sometimes the pacing is haphazard, and the first season asks its audience to indulge a great deal of narrative table-setting, which is a gamble that will only pay off if Kindred gets a second season. But overall Kindred benefits from Jacobs-Jenkins willingness to strip it down to the studs and renovate. I’m especially interested in seeing more about the relationship between Dana, her paternal aunt Denise and Olivia. The Kindred writers room has introduced notes of maternal alienation, but the plot hasn’t progressed enough to dig into them yet. 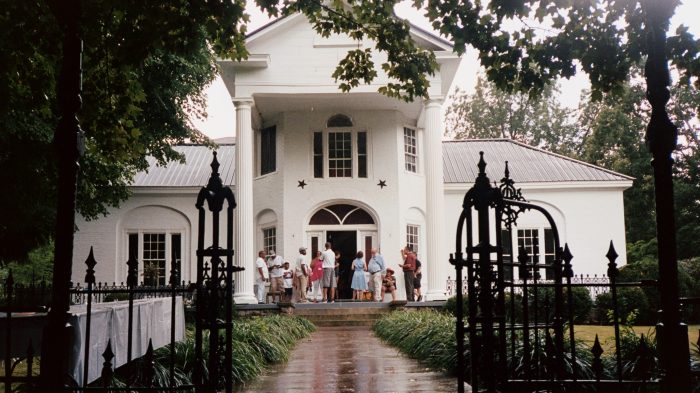 The bitter harvest of Richard Bibb: A descendant of slavery confronts her inheritanceRead now

Johnson’s Dana is a smart, wry 26-year-old, who quickly learns to adapt to the America of 1815. She is very much a leader, especially to Stock’s Kevin, who is at a loss for how to act in the foreign world of the Weylin plantation, where he has rights but the woman with whom he just hooked up has almost none. His rumpled cluelessness and obvious discomfort tether him to the intrepid Dana, and that makes him even more of an oddity to the Weylins. Meanwhile, Dana must figure out the hierarchies and dynamics among the enslaved, setting her at odds with Sarah (Sophina Brown), the suspicious woman who runs the cookhouse and suspects Dana’s presence will only spell trouble.

Kindred’s visual style, articulated by Zola director Janicza Bravo, introduces a modern world that’s full of possibilities, excitement and aesthetic pleasures. Dana’s life, like her freshly-purchased Los Angeles house, is on the precipice of a new beginning, waiting to be filled by her aspirations and choices. And yet, by the end of the eighth episode, she’s barely had an opportunity to unpack. Instead, she is steadfast in her determination to return to the Weylins, to Kevin, to the Black children she is teaching to read, and the white child she’s teaching to love.