Khris Middleton continues to be the clutch closer for the Bucks

According to a cursory internet search, there are over 10,000 characters in the DC Comics universe. You can call Milwaukee Bucks forward Khris Middleton whichever of those superheroes that you want, even Batman, perhaps, but the truth remains: as Middleton goes, so goes the Bucks.

From the 2:15 mark on in the fourth quarter of Game 4 of the NBA Finals between the Bucks and Phoenix Suns, Middleton scored 10 of the Bucks’ final 12 points, scoring a playoff career-high 40 overall, leading Milwaukee to a 109-103 victory to even the series at 2-2.

The nine-year forward overcame a poor shooting performance in Game 2 (11 points, 31.3% from the field) by simply hitting the shots that appear to be second nature to him: fadeaway midrange jumper, step-back 3-pointer, dribble penetration into an acrobatic finish at the basket, even some lucky shots – if that’s such a thing for NBA players – such as a step-through, one-handed desperation heave in the lane after going under his defender; nothing but net.

Through these playoffs, Middleton has been proving – game by game, minute by minute – how he is the perfect running mate for Giannis Antetokounmpo. When criticism has rained down the hardest against Middleton – that he wasn’t worthy of the $178 million contract he signed in 2019, that Antetokounmpo has no “help,” that the Bucks should trade Middleton for another 2-guard (Milwaukee fans have been trying to trade him for a certain Washington Wizards player since Barack Obama was in office) – he’s responded.

It was the game-winner against the Miami Heat, the dual 30-plus-point games when the Bucks were down 2-0 and 3-2 to the Brooklyn Nets, keeping that second-round series alive, a 38-point performance in Game 3 of the Eastern Conference finals against the Atlanta Hawks to take a 2-1 lead, and a 32-point outing to put away those Hawks in Game 6. 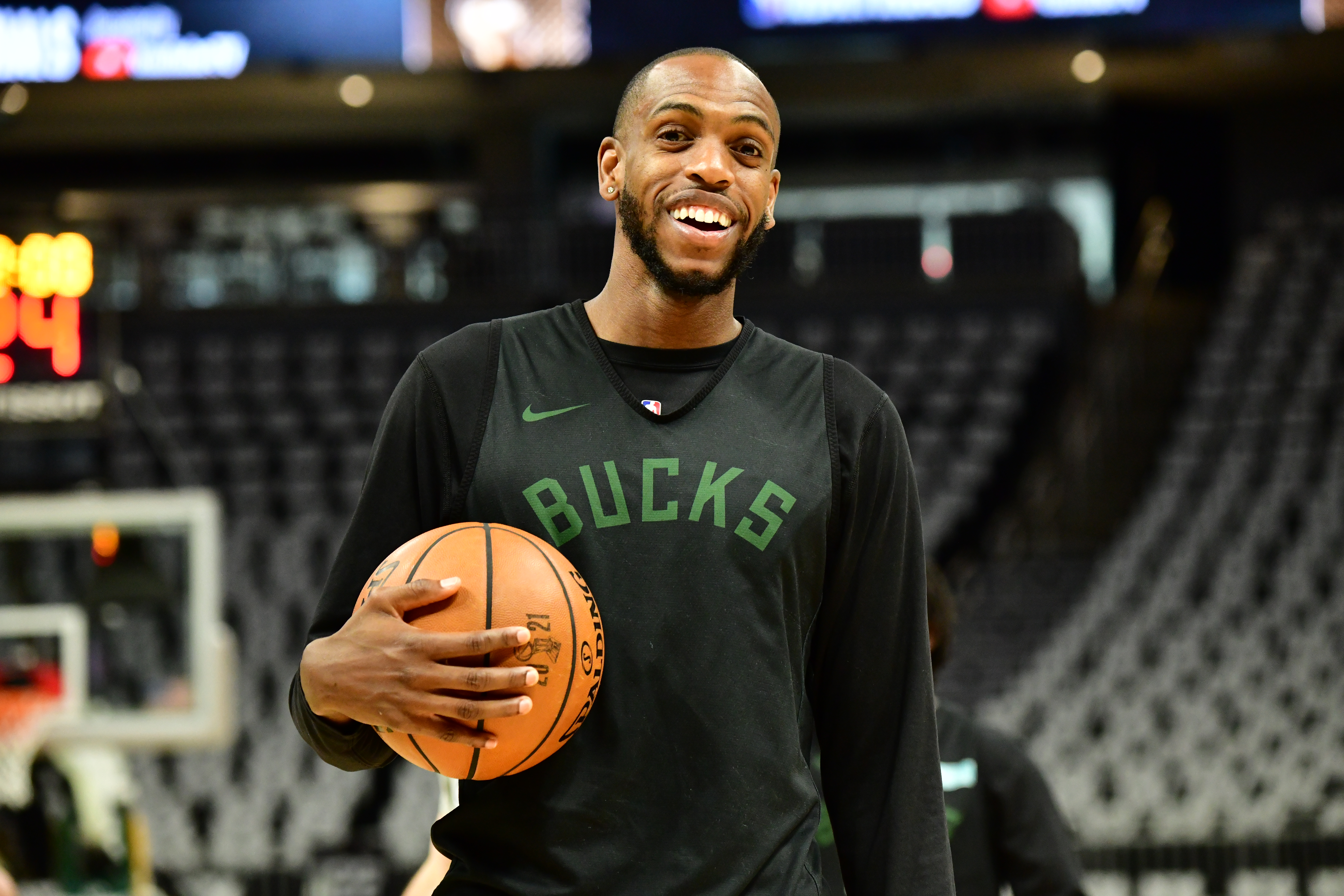 “Khris, I thought he had some good looks kind of early. But then he just stayed with it. Credit to him,” Bucks coach Mike Budenholzer said. “A lot of big, tough shots, and then the tough finish in transition. He was special.”

The 39th overall pick of the 2012 draft, who was an afterthought in a 2013 trade involving Brandon Jennings and Brandon Knight, worked off his previous shooting woes early in the first quarter, getting an easy layup as his first basket before draining a 3 and a long midrange jumper.

As the game progressed, and the Suns would extend their lead to an uncomfortable gap for the Bucks, Middleton would put them back on their heels. Late in the third quarter, after a Cameron Payne 3-pointer put Phoenix up seven, Middleton responded with his own 26-footer.

But it was in the fourth when Middleton truly went to work, scoring 14 of his 40 points. He attacked the smaller Payne on the block. Middleton looked like he was playing the blacktop game “Around the World” from midrange, hitting from various spots around the key. When the Bucks were out on the break, he finished on both center Deandre Ayton and fellow guard Devin Booker. When the game needed to be iced, Middleton converted four of the team’s final six free throws.

In all, Middleton outscored the entire Suns lineup, 10-4, in the final 2 minutes and 15 seconds of the game.

He was being aggressive,” Antetokounmpo said. “But that’s what he does down the stretch. We want him to have the ball. We want him to be the decision-maker. We know he’s going to take big shots, and tonight he was incredible.”

“It’s a grind,” Middleton said of the mental aspect of winning a game in the final minutes. “A lot of playoff games, especially when it comes late in the fourth quarter, it’s a grind. Just got to find a way to get it.”

To be sure, as well as Middleton played, it was a team effort. Pat Connaughton grabbed clutch rebounds and hit pivotal 3-pointers. P.J. Tucker, despite having as many fouls (five) as rebounds and points (five, all rebounds), played good defense and brought his normal hustle. Brook Lopez and Jrue Holiday didn’t have the best offensive outputs, but both contributed to limiting Phoenix on the defensive end, including Holiday’s late-game steal from Suns guard Chris Paul and defensive rebound that allowed the Bucks to take the lead late.

“I know my game is more than just scoring. It’s part of the reason that they brought me here,” said Holiday, who shot just 20% from the field on Wednesday, continuing his shooting woes in the Finals. “I can get into the paint and facilitate, make plays that way, and then I can make plays on the defensive end. So I just feel like my game is not just one-sided, but I’ve always stayed locked in.”

And then there was Antetokounmpo. While he admitted to not being his normal aggressive self on offense (a quiet 26 points, 14 rebounds and eight assists), the two-time MVP was flying across the court all game. Whether it be a putback dunk off a Bobby Portis miss, or the late-game block of Ayton that may go down as one of the most critical deflections in Finals history.

“I kind of said, in my opinion, it’s the best block of all time,” Connaughton said. “Obviously, we’re a little biased and you can talk about the LeBron [James] block as well.”

The Bucks’ win did not come easy. They trailed for most of the game – the Suns led by as many as nine – and clear miscommunication on defense led to Suns players almost literally walking into easy baskets, particularly Booker, who scored a game-high 42 points, marking just the fourth time opposing players have both scored 40 or more points in a game, the first time since Allen Iverson and Shaquille O’Neal in Game 1 of the 2001 Finals.