Kenny Stills isn’t backing down against Trump supporters, even his own boss

MIAMI GARDENS, Fla. — For Miami Dolphins receiver Kenny Stills, there’s no middle ground when it comes to the battle for equality: You’re either with the people fighting for what’s right — or you’re with President Donald Trump.

🤔 You can’t have a non profit with this mission statement then open your doors to Trump. https://t.co/sNBWfEXvLn pic.twitter.com/nNkRf2wJep

The outspoken civil rights activist this week called out Dolphins owner Stephen Ross on Twitter after learning that Ross plans to open his home in New York to host a fundraiser luncheon for Trump, who has a long history of racist controversies. Ross’ support of Trump would seem to be at odds with the stated mission of the owner’s nonprofit organization, Ross Initiative in Sports for Equality (RISE), which aspires to bridge the nation’s racial divide through sports.

After the Dolphins kicked off their preseason schedule with a 34-27 victory over the Atlanta Falcons on Thursday, Stills for the first time spoke publicly about his criticism of Ross. And Stills didn’t back down.

“It just doesn’t make sense to me,” Stills said while addressing a crowd of reporters at his dressing stall in the team’s locker room.

Stills, who didn’t contact Ross to discuss the situation before sending the tweet on Wednesday, had a visceral reaction to the fact that Ross would do anything to help Trump.

“I don’t want to associate myself with bad people. We shouldn’t want to be associated with bad people,” said Stills, who revealed he received multiple death threats after his tweet. “Our country is in a rough place right now. There are other candidates that he [Ross] could support. … Why are you trying to help this man raise money to continue to do the things that he’s been doing?”

Given that Stills had previously stood with Ross, whose businesses are facing boycott calls because of the planned fundraiser, in pushing to effect positive change, it’s fair for one to question Stills’ decision to blast Ross without picking up the phone first.

Stills, however, accomplished what he set out to do.

“Maybe I shouldn’t have done it on social media, but I did. If you’re going to associate yourself with bad people, then people are going to know about it. I put it out there for everybody to see it.” 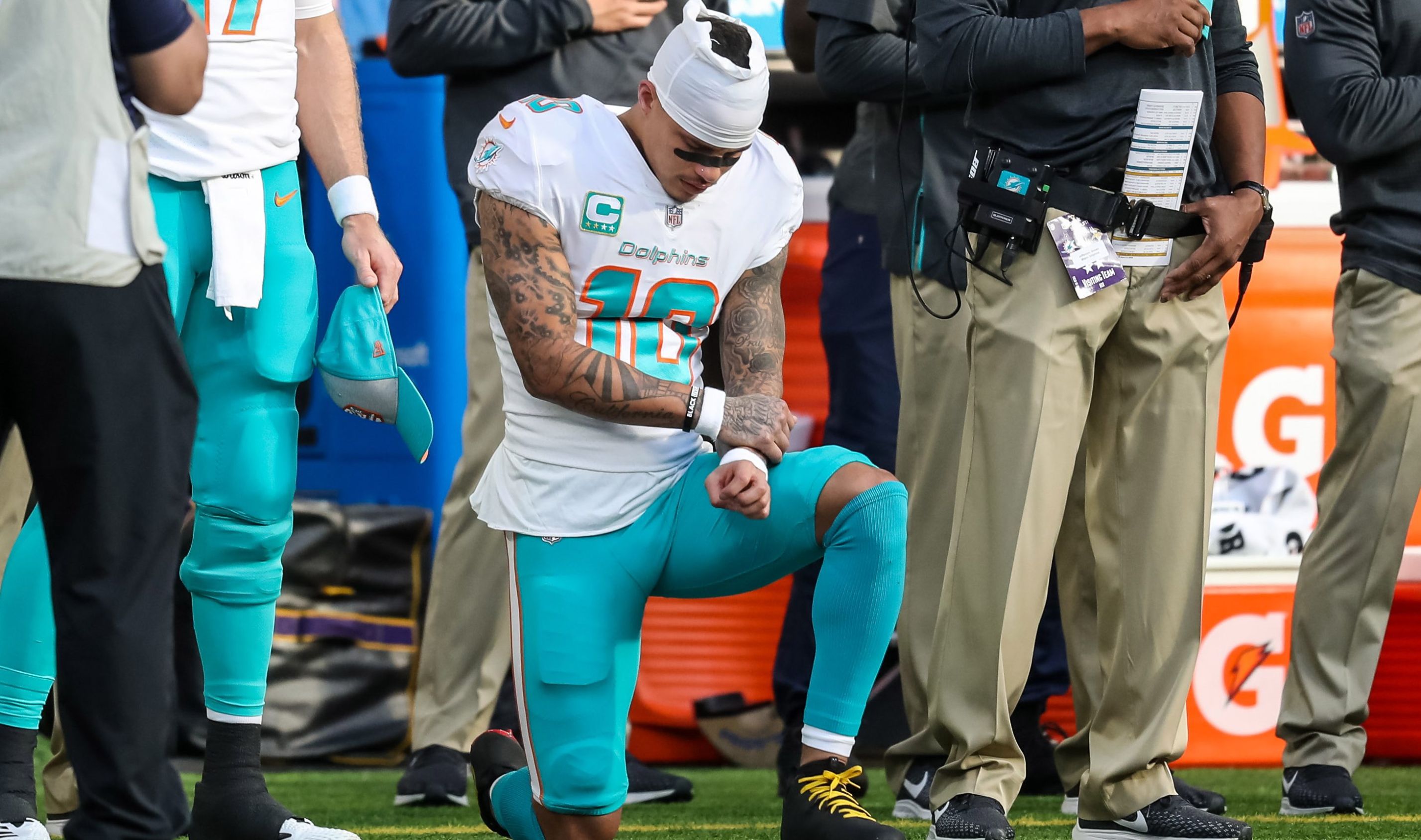 Few players have worked as hard as Stills on the front lines of the new civil rights movement in sports. The veteran wideout has led events in an attempt to improve the relationship between police and the African American community in South Florida. Inspired by onetime San Francisco 49ers quarterback Colin Kaepernick, who in 2016 knelt during the national anthem to draw attention to police brutality and systemic oppression and has been shunned by the league the past two seasons, Stills continued to protest last season during “The Star-Spangled Banner.”

Seemingly, Stills has been in an ideal environment to pursue his activism, what with Ross’ stated intention in founding RISE to be “a national nonprofit that educates and empowers the sports community to eliminate racial discrimination, champion social justice and improve race relations.” Moreover, in comparison to most other NFL team owners, Ross has taken a radical, progressive approach in hiring qualified people of color to fill some of the franchise’s highest-ranking positions.

Dolphins general manager Chris Grier is the league’s only African American at that position. Flores is among only four head coaches of color. The NFL has 32 teams. While remaining in the background, Ross has empowered both Grier to lead the football operation and Flores to execute his vision on the field. Jason Jenkins, Miami’s senior vice president of communications and community affairs, also is black.

For the NFL’s activist players, Ross, it appeared, was as close as they would get to having an ally in the owner’s suite. But Stills took a blowtorch to the notion that Ross is aligned with players in the ongoing struggle for social justice.

“It’s the intersection of greed and selfishness with racism, and Trump sits in that sweet spot. If you’re supporting him because you’re greedy and you’re selfish, you’re going to get tarred with that racist brush. There’s no way you can avoid it. … There’s no in-between. We’re at a moment in the country where you have to choose sides.”

The Stills-Ross controversy has stirred memories of Trump’s attacks on NFL players during the 2017 season and the subsequent fallout as owners moved to allay the concerns of corporate partners and fans angered by the protest movement.

Now, RISE is in the eye of another storm. The fact is, Ross’ decision to embrace Trump — and in Ross’ home, no less — puts RISE in a difficult position.

In a text message to The Undefeated, Troy Vincent, the NFL’s executive vice president of football operations and a RISE board member, expressed disappointment that “RISE has faced some challenges based on Ross’ choice, and that’s a distraction to forwarding the mission to achieve justice across racial lines.

“RISE is an institution with a clear mission and strong partners, who are committed to the core mission of racial equality and social justice. We have a fully engaged board and staff, who will continue to do important work.”

Stills has made clear that he remains committed to his work. But after Ross decided to stand with Trump, just don’t expect Stills and RISE to continue working together.