At this point, it’s time to turn off Ye’s mic

Last week, when SpringHill Company CEO Maverick Carter announced it would not air Kanye West’s appearance on The Shop due to his “hate speech,” it felt like a turning point in the rapper’s prolonged vile publicity run. Finally, outlets — namely, Black outlets — were pushing back and refusing to air West’s nonsense, even if it meant missing out on viral moments. That pivot, however, was short-lived.

Just a couple of days after The Shop interview got clipped, Drink Champs — the Revolt podcast where hosts Noreaga and DJ EFN interview musicians while drinking copious amounts of liquor — announced that West, who now goes by Ye, would be on the show. The resulting episode that aired Sunday was three hours of antisemitism, anti-Blackness, falsehoods about the murder of George Floyd while in police custody, and Jewish people in the music industry. The entire fiasco was a disgrace, and the worst moment in Drink Champs’ history. It was also a reminder that Black outlets have a responsibility to be better in how we treat the people who stand to suffer the most from Ye’s antics — and, yes, even how we treat Ye, by keeping his rhetoric off of these platforms. Especially if they’re going to go unchallenged in real time. 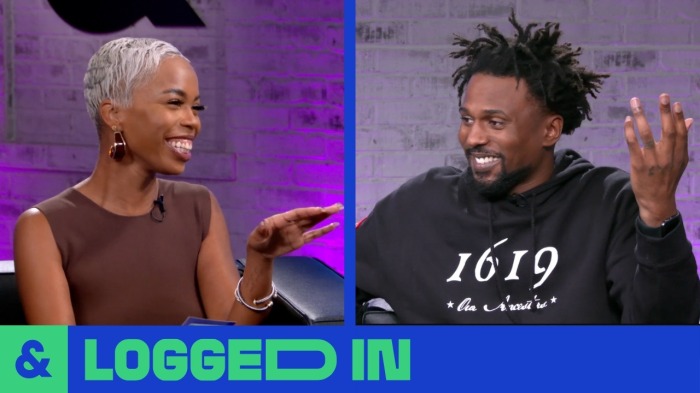 Drink Champs started as fun. It featured rapper Noreaga hanging out with his rap friends, drinking a whole lot and reminiscing about the good old days. As the platform grew, eventually landing at Sean “Diddy” Combs’ Revolt TV network, the show became a touchstone in pop culture, a must for any musician trying to gain support for a new project or get attention in general. But these stops, and the increased visibility of the show, put Noreaga in situations where he was simply in over his head.

For instance, when he encouraged former NBA champion Lamar Odom, who has struggled with addiction, to drink to the point of intoxication, it led to a misunderstanding that almost ended in a fight. A few months later, Noreaga held a conversation about Black Lives Matter in the midst of the protests that occurred in response to Floyd’s murder and had record executive Russell Simmons as a guest soon after a documentary about his sexual assault accusations had been released.

And then there were Ye’s appearances.

It’s been years since Ye wrapped himself in the Confederate flag (like he did in 2013), and began spouting things like “slavery was a choice.” So when Ye appeared on Drink Champs a year ago, it didn’t come as a surprise that he’d continue on that same path, insulting anyone and everyone close to him. But the Ye that appeared on Drink Champs on Sunday was even further gone than the one from last year. This Ye has become friends with conservative commentator Candace Owens, is trying to sell shirts that say “White Lives Matter,” has tweeted out “death con 3” for Jews, and targeted a Black female journalist because she criticized his antics.

Ye has also been open about his mental health struggles. This makes Drink Champs’ choice to give Ye alcohol, offer him a blunt (as Noreaga did), and allow him an open mic to continue his rants unchecked, even more irresponsible.

When Ye said that George Floyd died from a fentanyl overdose and not a result of the physical pressure applied to his neck by then-Minneapolis police officer Derek Chauvin, Noreaga and DJ EFN just nodded silently — much like they did last week when Boosie spread his anti-gay bias about needing to enforce “normal sex” on children so they don’t “get swayed the other way.” The hosts also never checked him for insinuating that fashion designer Virgil Abloh died from something other than cancer. And they allowed him to continue his antisemitism with lies that Jewish execs owned all of the record labels.

Noreaga called in to The Breakfast Club Monday morning to apologize for not checking Ye during his rant about Floyd, which only served to demonstrate how ill-equipped he was to handle such an interview. “I just wanna be honest, I support freedom of speech,” he said. “I support anybody, you know, not being censored. But I do not support anybody being hurt. I did not realize that the George Floyd statements on my show was so hurtful.

“You gotta realize, it was the first five minutes of the show,” Noreaga continued. “When he walked in, he told my producer, he said that if he stop filming, he’ll walk out.”

Refusing to refute Ye’s assertion about Floyd’s murder is even more of an indication that publicity and attention were more important to Noreaga than standing up to his friend. Noreaga also invoked friendship, particularly with Jewish people, to distance himself from Ye’s antisemitic remarks.

Previously, Noreaga has hidden behind the idea that he’s not a real journalist, even though he’s declared himself to be one before. Even if Noreaga isn’t a journalist, he’s still a Black man and human being. And all it should take is a morsel of humanity to stop Ye while he’s yelling out hate speech. But the buck doesn’t stop with Noreaga and DJ EFN. 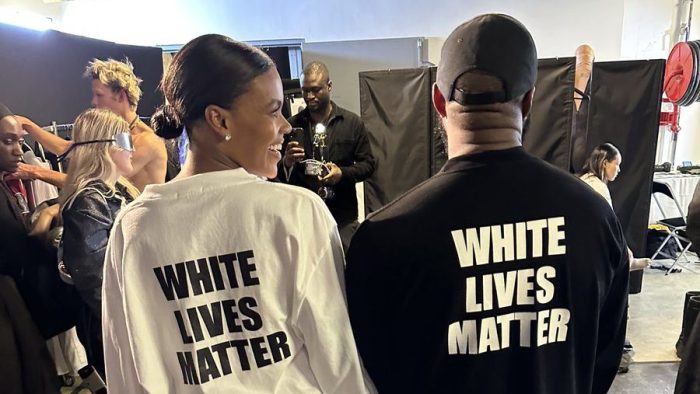 For the episode of Drink Champs to see the light of day, various people had to watch, approve and publish it. Revolt did run a story fact-checking Ye’s rant (though it contained its own inaccuracies), but it was taken down. It’s also telling that Combs, who is always front and center when it comes to hip-hop, has been silent on this issue, though he did call Ye out over the “White Lives Matter” shirts. There’s no excuse for any journalistic entity, let alone a Black-owned one, to allow three hours of unfettered anti-Blackness to air on its platform. There’s no merit to letting West unleash hell on marginalized people, beyond Revolt and Drink Champs getting more views and cashing out. But at what cost? Letting Ye spew his rhetoric does not only do a disservice to his Black fan base, it’s also grossly unfair to Ye himself with his history of mental health issues.

I reached out to Noreaga and Revolt for comment, but I have yet to hear back.

Some of West’s fans are still enamored with the old Ye who made classics and wasn’t an enemy of Black people. But this isn’t a blip on his publicity radar anymore. At the very least, we should understand the danger of allowing him to disseminate hate speech and stop airing it. Because all we’re doing is harming our audiences, our own credibility and West himself. All parties deserve better.