Justin Simmons is a Pro Bowl safety for the Denver Broncos and the highest-paid player at his position in the NFL, but as a teenager, he was vulnerable to what 1 in 5 students ages 12-18 experience: bullying.

It’s part of what motivates him to make an impact in the lives of today’s youth.

“One of the things that pains me the most in today’s society is bullying,” Simmons, who signed a four-year, $61 million deal with the Broncos in March, told The Undefeated, “and I experienced bullying when I was younger moving from Virginia to South Florida right when I was starting middle school, so that was hard.”

In December, he was the first Broncos player to be nominated for the Walter Payton NFL Man of the Year Award three times in a row, a recognition of all the time and work he puts in to impact the next generation. One of the community service projects he works on and connects with because of its mission to end bullying with a message of empathy is Speak Life End Bullying the Musical. Dan and Rebecca Burd, founders of Speak Life Performing Arts Company, started it in 2001 as a touring program in schools.

The Burds attend the same church as Simmons in his hometown of Stuart, Florida. The couple approached the football star and his wife, Taryn, in 2020 to see if they would be interested in funding a revamp of the show, which includes five new original songs and a refreshed storyline following the daily life of high school students guided by a janitor, who serves as a sort of fairy godfather.

The Simmons family bought in right away and financed the musical’s transformation into a movie that can be screened in schools with a goal of reaching 1 million students in 1,000 schools in 2022. The Burds have already received what they estimate are thousands of responses from principals who marveled at the change in their schools’ atmosphere.

“We knew that at some point, that conversation would connect to the person who had the means in which to be able to take this and do something bigger and better than what we could have ever dreamed, and reach more kids than we could have ever dreamed,” Rebecca Burd said. “When we sat down that night with Justin and Taryn and had that meal, that was the moment where we knew we had met that person.”

Simmons is a big fan of musical theater and, growing up, was especially inspired by a certain pop culture icon.

“I always wanted to be [High School Musical character] Troy Bolton, he was a star athlete in his school, then obviously [he’s in a] musical, right? He could sing, he could dance, he could do all the things,” he said.

Although Simmons quickly found in doing commercials and other promotional appearances that he isn’t much of an actor — “I think we can put that to bed,” he said, laughing — his support of Speak Life allows him to stay involved in theater. He believes that the project’s approach to mental health, self-worth and other important topics are key to helping the next generation.

“I think it’s so powerful for kids to be able to see this film and see this message, because a lot of the time, you think you’re the only one going through something,” he said.

Simmons took further steps to give back when he established his own foundation last year. He credits Taryn for helping him round out the vision of how he wants to leave his legacy. The mission statement for the Justin Simmons Foundation is “dedicated to mentoring young people, promoting the benefits of youth sports, supporting youth education and other charitable initiatives.” It’s intentionally broad.

“We want to help in any way with any and everything to do with our youth,” said Simmons, who has two young daughters.

Added Rebecca Burd: “I don’t know if I’ve ever met such a young man who understood the power that one life can have, because his life is going to change the lives of literally millions of kids.”

Despite the rocky road leading up to middle school, Simmons followed in his father Victor’s footsteps — they both played safety at Martin County High School — and became a star in his own right. After four years at Boston College, he was drafted in 2016 in the third round by the Broncos and was named to his first Pro Bowl in 2020. 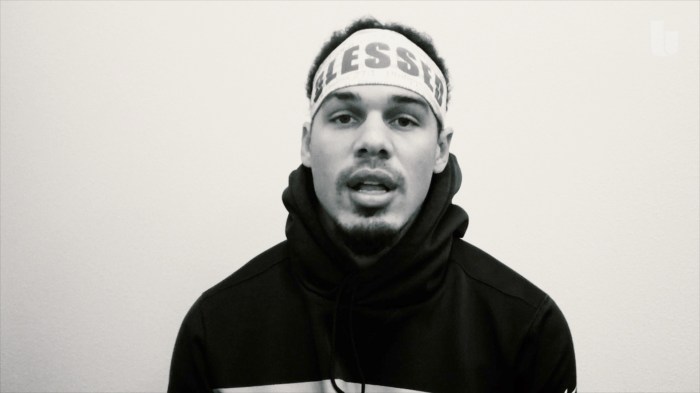 Besides football, Victor Simmons taught his son about life as a Black man in America. Simmons has spoken about how his father telling him about his own experiences of being mistreated by police empowered him to seek social change. George Floyd’s murder at the hands of police in May 2020 was a tipping point for him to speak out against racial injustice.

Simmons works with kids at the Denver Broncos Boys & Girls Club and further addresses injustice. He has especially connected with two 15-year-old girls, Najaray West and Nashara Ellerbee, who told him their views of issues such as community violence, police brutality and the prison system. They organized a March for Peace last summer in the Montbello neighborhood to bring something positive to one of Denver’s more underserved communities. Simmons and several of his teammates attended the event.

“I feel like every time we turn on the news, we hear, ‘Oh, there was a shooting in Montbello,’ or ‘Oh, there were teens actively going at a fight, stabbing each other,’” Najaray said in a Broncos video report of the event. “I don’t hear anything good about Montbello, so it was great to start in Montbello, this is where we were born and raised, it feels great to be out here.”

Simmons is amazed by the teens’ ability to understand complex issues and inspire change in their community. He has the unique position of being able to speak to Colorado Gov. Jared Polis about granting clemency for prisoners and hearing the voices of the youth whose communities these decisions are affecting.

“We obviously have our opinions as adults, but then now we’re getting a backseat view of two teenagers that are in honestly a not-so-great community and there’s just ongoing dialogue,” he said. “The fact that they started their own peace march was just mind-blowing to me. ’Cause at 15 years old, my head definitely was not kinda in that mindset of making change. And that’s where they are, and that’s just the beginning.”