Jerry Jones was not innocent, then or now

This is what Dallas Cowboys owner Jerry Jones called his participation in a protest against the desegregation of North Little Rock High School, where he was a student. In a photo taken on Sept. 9, 1957, a 14-year-old Jones is seen standing with a mob of white students blocking six African American students from entering on the first day of school.

The students, from the all-Black Scipio A. Jones High School, were never admitted to the school, which wasn’t desegregated until 1964. By then, Jones had graduated from the University of Arkansas, where he was the co-captain of the all-white Razorbacks football team that won the 1964 national championship.

“Nobody there had any idea, frankly, what was going to take place,” Jones told reporters last week following the release of the photo by The Washington Post. “You didn’t have all the last 70 years of reference and all the things that were going on.”

After the 1954 Brown v. Board of Education Supreme Court decision, which ruled that racial segregation of children in public schools was unconstitutional, Little Rock became a national focal point of school desegregation. In the weeks leading up to that first day of school in 1957, The Mother’s League, a group of local white mothers who opposed school desegregation, held a meeting on “interracial marriages and the diseases that might arise” if Black and white children were allowed to attend school together. Five days before the incident at North Little Rock High School, nine Black students tried to enter Little Rock’s Central High School. Arkansas Gov. Orval Faubus ordered the state National Guard to not allow the students to enter the building. His standoff with the federal government was national news.

“I don’t know how fully a white teenager from Little Rock in 1957 would have fully thought through things, but the idea that none of them had thought about race and that nobody there knew something important was happening is nonsense,” Ted Ownby, a University of Mississippi history professor and the author of several books on the American South, told Andscape. “If they didn’t understand their stake in the segregation system, they were coming to understand it very quickly on that day that the photograph was taken.”

Jones’ plea of racial innocence as a “curious kid” growing up in a Little Rock is both a fantasy and lie that has been long perpetuated by many white people too busy to come to terms with the structural barriers for advancement in American society for African Americans. At least on this period of his life, Jones is an unreliable narrator.

“It is not permissible that the authors of devastation should also be innocent,” James Baldwin wrote in The Fire Next Time, his collection of essays on race published in 1963. “It is the innocence which constitutes the crime.”

Innocence could not be a consideration for Baldwin or the six Black students whom Jones and his classmates stared down at North Little Rock High School. When Baldwin was 14, he said he felt for “the first time in my life, afraid — afraid of evil within me and afraid of the evil without.” Confronted with racial taunts, those six Black students were also afraid. Only two years earlier, they had likely seen the photos of the body of 14-year-old Emmett Till, who was abducted, beaten and tortured by a group of white men in Mississippi for allegedly flirting with a white woman. These Black students were a part of a generation of young people who would lead sit-ins at lunch counters and participate in civil rights marches all over the South over the next decade.

While the Black students were focused on asserting their equal rights to a quality public education, Jones was a sophomore trying to make the varsity football team. All these years later, his most vivid reflection of those times were the consequences of disobeying a coach’s order to stay away from the protest. “I was thinking I’m going to get in trouble for being up here,” he recently told reporters. The price, he said, for being there was that teammates “kicked my a–.”

His concern was not with the fate of those six Black students or the rights that they were asserting to have the same education and chance to play football as he had at North Little Rock High School. Instead, he was seemingly “curious” about the public spectacle of white people demonstrating control over the lives of Black people through fear and intimidation.

Between 1877 and 1950, more than 4,000 African Americans were killed in racial terror lynchings, according to the Equal Justice Initiative, and thousands of white people, including children, often gathered to witness Black people being tortured and killed. Many of these public spectacles were photographed, and the body parts of the victims were given out as souvenirs. It was entertainment — akin to tailgating or watching a football game with friends but with gruesome and barbaric endings that were designed to keep Black people in their place.

Jones didn’t witness a lynching at North Little Rock High, but he is complicit in the system that enabled these heinous crimes.

“It’s important that Jones had choices,” Ownby said. “His situation didn’t just place him there as a casual observer. There were lots of choices that he could have made, besides being there, almost not applauding but a part of the crowd.” 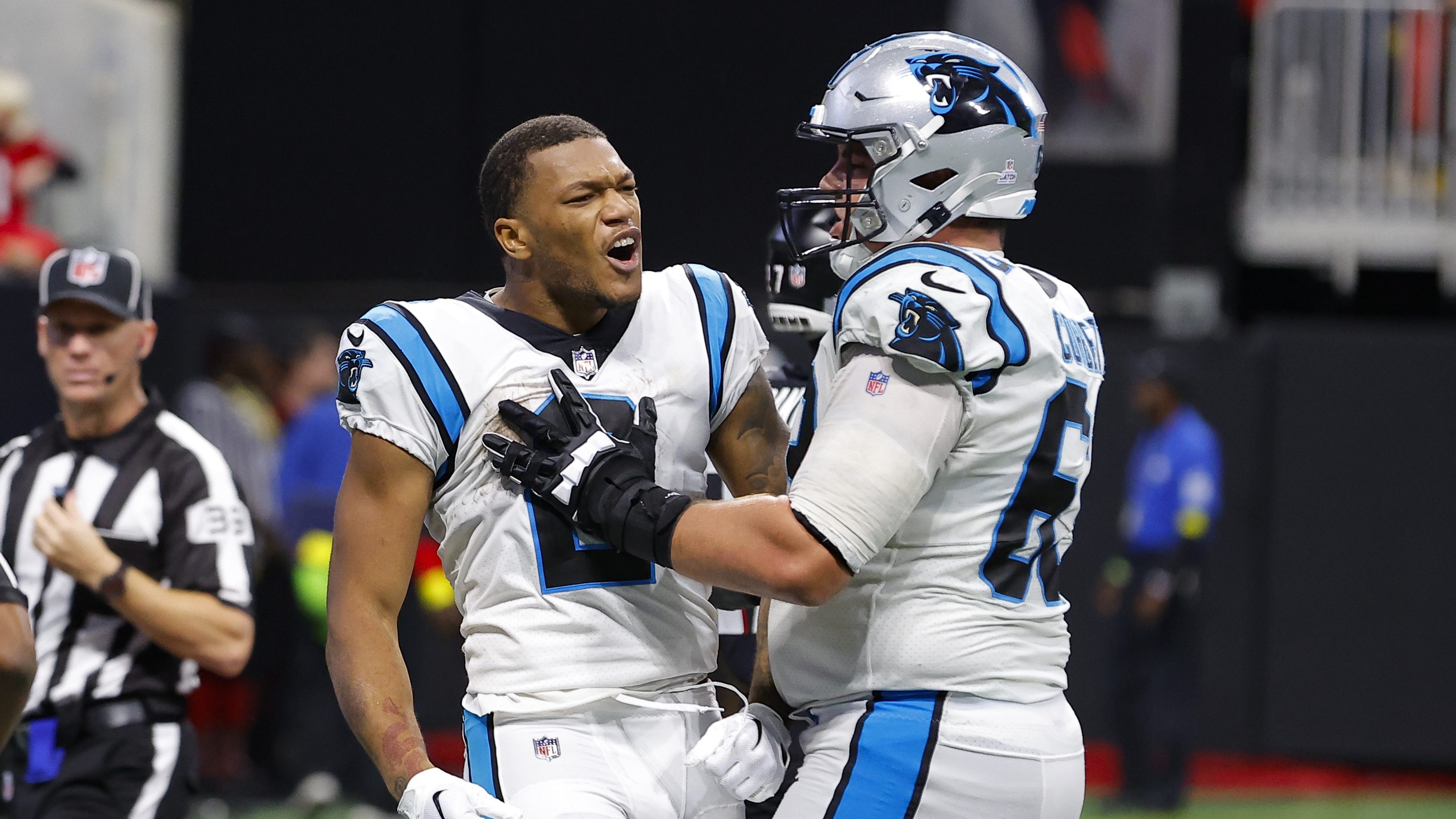 White segregationists believed that the integration of public schools represented a crisis for white Southern youths. For many Southern leaders, the Civil War and Reconstruction had been about states’ rights and an economic system that relied on slave labor. But in the 1950s, many Southern whites believed that their fight was to save the souls of white children.

“There was a great argument among Southern white cultural leaders that said that support for desegregating schools was a subtle, working-within-the-system way to undermine all of white supremacy by gradually changing the minds of white kids in schools,” Ownby said.

To help white Southern youths make the right choices about desegregation, the Citizens’ Council of America, a white supremacist organization, began publishing in 1957 A Manual for Southerners on the ways children were supposed to learn the principles of white supremacy.

“The truth is that for too long Southern children have been ‘progressively educated’ to scorn their origins and the reasons for our bi-racial society,” according to an editor’s note in the first installment of the series.

This is the world that made Jones. He was not innocent then and he’s not innocent now. He can’t undo his participation in this protest, and it’s unfortunate that he refuses to fully take responsibility for it now as one of the most powerful men in a professional sport where 60% of the players are African American.

Ernest Green, one of the nine Black students that integrated Little Rock’s Central High, recently told CNN that “rather than talk to Jerry about what happened in 1957, let’s go forward and see what we can do this year.” But Jones can’t sincerely go forward unless he is able to better reflect on 1957 and how those times shaped his childhood and the rest of his life. No amount of money or the hiring of a Black head coach for his beloved Cowboys can fully atone for the damage that was done to those Black children at North Little Rock High and countless other Black children who lost their innocence to racism during the Jim Crow era.

Jones could learn something from George Wallace, the late Alabama governor, who in 1963 famously stood in the schoolhouse door in Tuscaloosa to block two Black students from enrolling at the University of Alabama. Until he was paralyzed after an assassination attempt during his failed 1972 presidential candidacy, Wallace was one of the most famous and outspoken segregationists in America. After nearly losing his life, he slowly began to atone for his sins. “I did stand, with a majority of white people, for the separation of the schools,” he told a group of Black leaders in 1982. “But that was wrong, and that will never come back again.”

Jones hasn’t told us what his views were on race or school desegregation when he was 14 years old. What we know is that he was at a protest with many of his white classmates, who could have been both “curious” and racist. We know that instead of showing empathy for those six African American students, he tried to minimize the seriousness of the moment as if those times had no impact on his life and the world around him.

The NFL that has made him a billionaire would not exist were it not for the efforts of Black Little Rock activists such as newspaper publisher Daisy Bates, who advocated for the end of school segregation in Arkansas, and those Black students from both Central High and North Little Rock High who sparked a movement for school desegregation across the South. That movement helped to ease the path for equality across society.

Yet, the segregated world that shaped Jones in 1957 still festers like a sore through the legacy of slavery and Jim Crow. The photo of Jones at the protest is as urgent now as it was when it was made 65 years ago.

“White man, hear me!” Baldwin wrote in Dark Days. “History, as nearly no one seems to know, is not merely something to be read. And it does not refer merely, or even principally, to the past. On the contrary, the great force of history comes from the fact that we carry it within us.”